Three inches of insulation and rubber latches combine to keep your cans cold for days.

The latches are designed to stretch and keep the lid completely sealed from the outside. Can hold up to 65 cans at a time. The durable exterior can withstand drops and other problems with ease. 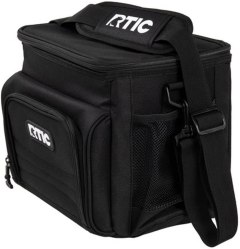 A great cooler that will keep sandwiches and drinks cold throughout the hottest days of the year.

Comes in a wide array of colors. Has multiple pockets to hold silverware and other extras. The straps are easy to adjust. The insulation works well for day trips. The zippers are fairly durable.

Hotter days may cause the insulation not to work as well. 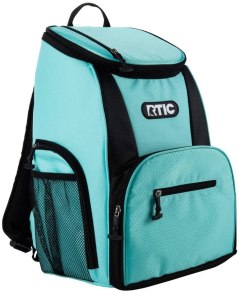 Designed for those on the go, this backpack cooler will keep your stuff cold on hot summer days.

Can hold up to 15 cans at a single time. The backpack straps are padded and comfortable, even with a full load. Keeps food and drinks cold for up to 24 hours. Has multiple pockets.

Some users have noted that it is on the smaller side for a backpack. 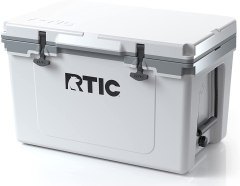 The lighter design affords you the ability to pack more things without having to worry about if you can carry them. The durable exterior will stay closed if dropped. Drains quickly even when full.

The rope handles will begin to fray if they get snagged on something. 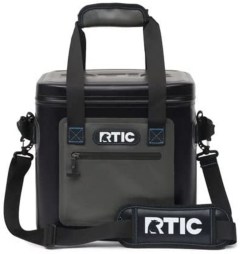 A solid pick for those looking for something that is durable yet compact for long travel days in the car.

Comes in multiple different sizes. The straps are durable and can be adjusted. Different colors are available. Has 2 inches of insulation for all-day use. Floats in water.

Some users have noted that the zippers don't seem to last.

Whether you’re camping in the woods or just headed to the beach for an afternoon, you always want to have enough drinks and food to keep you comfortable. That’s why a durable, well-insulated cooler is a must-have — and RTIC coolers are some of the best you can buy.

RTIC is one of the better-known cooler brands and has earned a reputation for feature-packed models that boast more affordable prices than similar coolers. The brand offers small personal coolers that work well for trips to the beach or picnics in the park as well as large-capacity coolers suitable for tailgating, camping, hunting, and fishing trips. You can also use a large RTIC cooler to keep drinks cold for barbecues and other outdoor parties.

When selecting an RTIC cooler, you must determine the right type for your intended use and decide what size you need. You’ll also need to figure out which RTIC special features matter most to you. 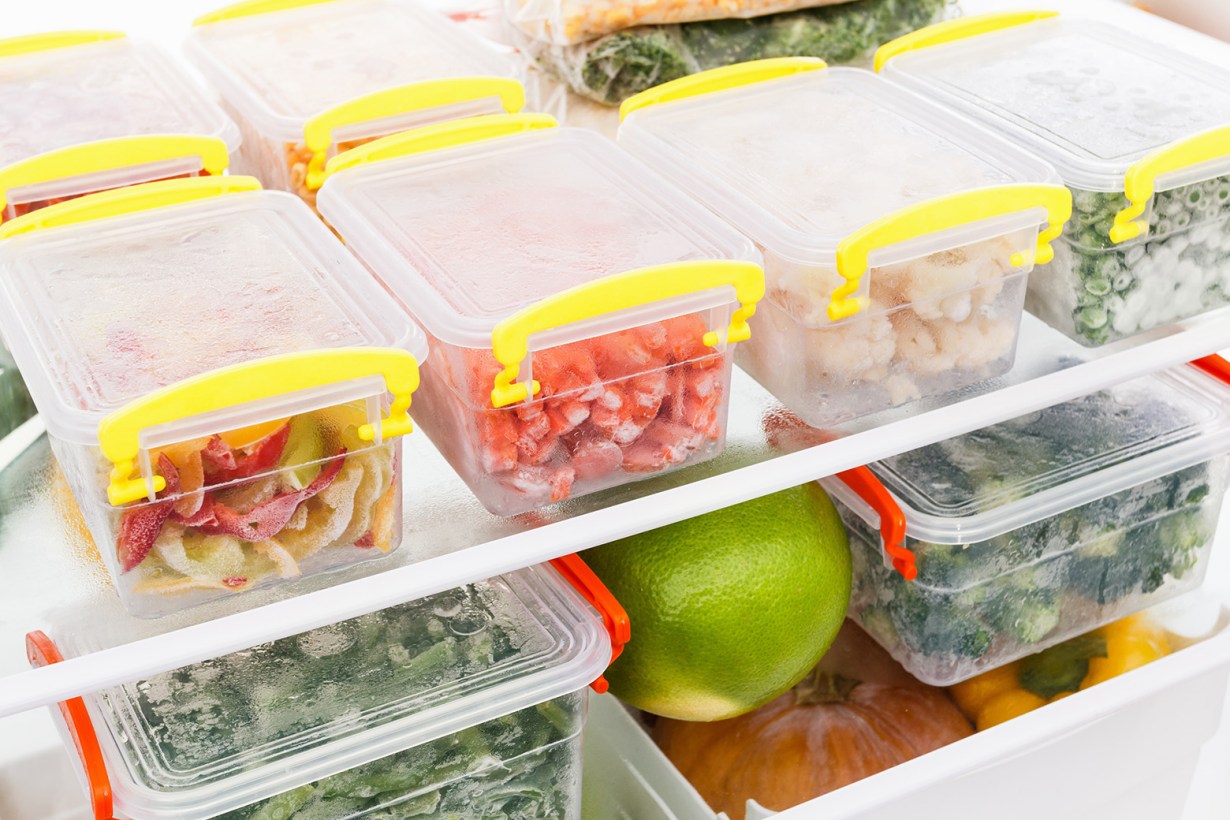 Camping for several days? Freeze the food items you don’t plan to eat until later on the trip. Not only does it help them stay fresh longer, but the frozen food can help keep the cooler cold.

Are RTIC coolers worth the money?

Some RTIC coolers are relatively pricey, costing more than $400. That may seem like a lot of money to spend on a cooler, but you’re paying for superior insulation and construction. Of course, if you only head to the beach for a few hours now and then, you may not need such a high-quality cooler. However, if you regularly camp, fish, hunt, or hike for multiple days at a time, you may find an RTIC cooler worth the money.

Like some other high-end coolers, these coolers are rotomolded. The manufacturing process fuses the insulation within the cooler’s seamless outer shell, preventing heat from invading and cold from escaping. This design allows the coolers to hold ice for more than a week, depending on the weather conditions.

If you’re following a budget, you can still get an RTIC cooler. The company makes smaller coolers meant for shorter trips. These models are ideal if you only use your cooler occasionally or for short periods, such as a day at the beach or an afternoon Little League game.

The capacity of an RTIC soft cooler is often based on how many cans it can hold. For example, some small soft-sided coolers can accommodate as few as six cans, while larger models can fit up to 40 cans.

The capacity of these hard coolers is stated in quarts. Most range from 20 to 145 quarts. The right size for you depends on how long you want to keep food and beverages cold and how many people are traveling with you.

Always clean and dry your cooler after a trip. If you store it with dirt, moisture, or other residues inside, it could develop mold, mildew, and bacteria growth.

What features do RTIC coolers have?

The interior of the hard coolers includes closed-cell foam insulation. This foam is an excellent insulator because it’s full of bubbles that prevent heat from entering and melting the ice. In most cases, the closed-cell foam is 2 to 3 inches thick.

To keep the cooler as secure and airtight as possible, these hard coolers have T-latches that hold the lid in place. The latches don’t corrode or rust because they’re made of durable rubber or silicone.

RTIC coolers all have handles for easy carrying. Some handles lock in an upright position so you can grab them quickly. The handles are large, extending at least an inch above the cooler to make them easier to hold.

These coolers can keep ice frozen for long periods because they are airtight and don’t allow heat inside. A freezer-grade gasket covers the entire opening, promoting a tight seal when the lid is closed. This gasket is 1/4-inch thick and 1/4-inch wide to effectively prevent leakages that would otherwise warm up the contents of the cooler.

If you’re traveling off-road or over choppy waters, your cooler could easily get jostled, knocking the contents around. These coolers have rotomolded tie-down slots that let you secure your cooler to your truck bed or boat surface, keeping it upright so no contents get damaged.

Some people like to use dry ice in their coolers because it’s colder than regular ice. It won’t leave your food and beverages wet, either, because it releases a gas instead of liquid as it warms. Dry ice also weighs less than regular ice.

Not all coolers on the market can handle the extreme cold temperatures of dry ice, but RTIC hard-sided coolers are dry-ice compatible.

An effective cooler drainage system allows you to quickly dispose of melted ice and water. If you don’t empty your cooler, mold and mildew can develop.

RTIC coolers have a user-friendly drainage system with holes at the bottom sides for easy water drainage. Most models have drainage holes on both sides so unwanted water flows out quickly.

These coolers are available in various colors, so you can choose a shade that appeals to you. Most are neutral shades such as white, tan, and gray, but RTIC also makes some boldly colored coolers, including blue, red, green, and orange. 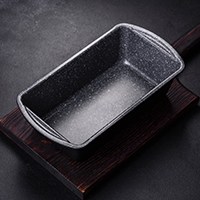 DID YOU KNOW?
Use loaf pans or casserole dishes to freeze ice blocks in advance of your trip. Ice blocks tend to keep a cooler cold even longer than ice cubes or ice chips.
STAFF
BestReviews

How much do RTIC coolers cost?

The most affordable choices are small to mid-size soft-sided coolers. These work best for day trips and small groups. Ice does not last as long here as in higher-end coolers. Expect to pay between $20 and $80 for an inexpensive RTIC cooler.

Mid-range choices comprise large soft-sided models, including backpack coolers that allow for hands-free carrying and permit you to carry up to 20 cans. You can also find smaller hard-sided coolers in this price range, with most models holding 20 quarts or less. Expect to pay between $80 and $200 for these coolers.

The priciest RTIC coolers are medium to large hard-sided models that can keep ice frozen for a week. These coolers hold between 50 and 145 quarts and are generally the brand’s best coolers. Expect to pay between $200 and $500 for one of these high-quality performers.

Some RTIC soft coolers are fully waterproof and can float. If you choose, you can let the cooler drift alongside you on water tubing trips and other water activities. 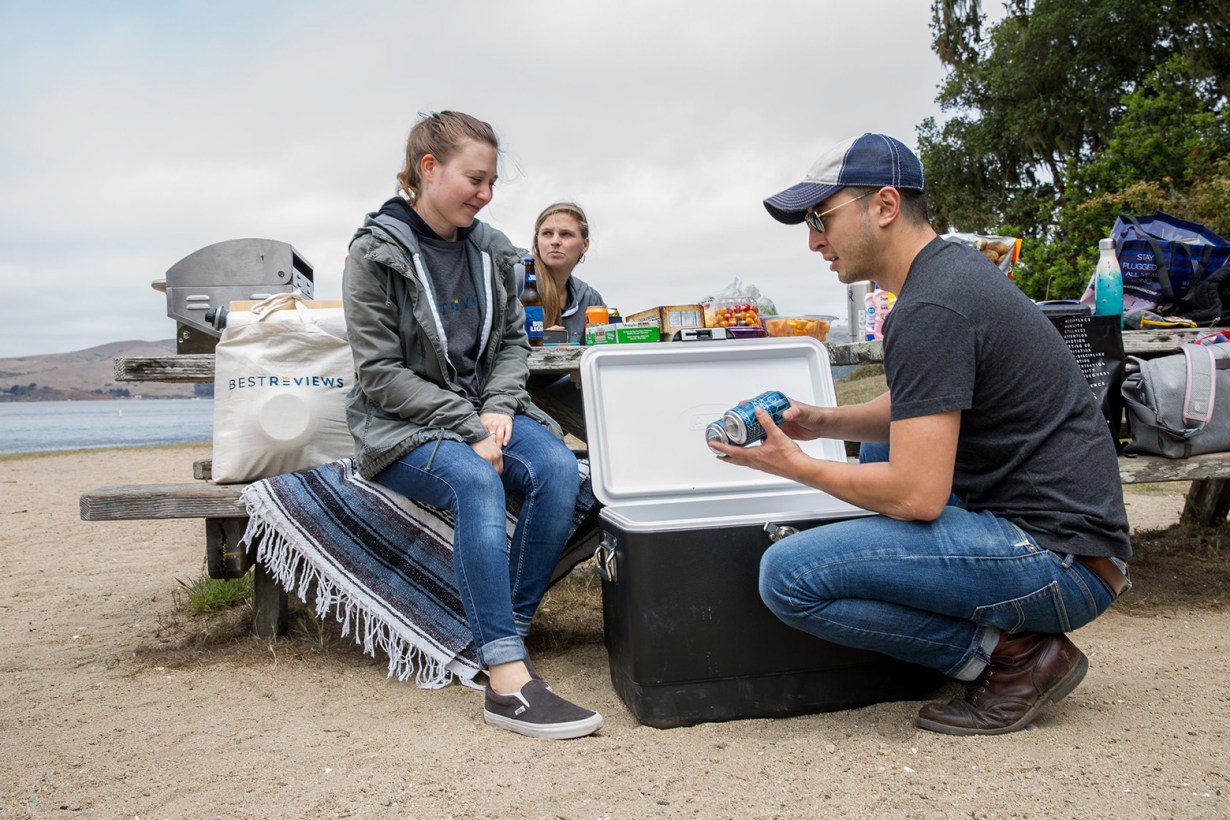 A rugged hard-sided cooler can double as a table, cutting board, or step stool at your campsite.

Q. How is RTIC pronounced?

A. It is pronounced ar-tic, which sounds a lot like “arctic,” a term often associated with cold weather. Notably, RTIC doesn’t just sell coolers. The company sells lots of other outdoor gear as well: rugged outdoor clothing, travel backpacks and totes, tumblers and other drinkware — and even a dog bowl.

A. Weather conditions can affect how long one of these coolers holds its ice. High temperatures and intense sun could hasten the melting process. That said, RTIC coolers typically hold ice for up to 10 days.

Q. What’s the best way to clean an RTIC cooler?

A. Both hard-sided and soft-sided coolers are best cleaned with warm water and dish soap. For stubborn stains and odors, apply a bleach and water solution as needed.