Outstanding image quality from the Mark III's strong image sensor. Sells for a reasonable price as compared to other mirrorless cameras.

Could use more improvements over the Mark II. Only 16MP of resolution.

Excellent photo and video quality in a mirrorless camera that has a cool retro design.

Has a touchscreen for ease of operation. No viewfinder, but the display screen can flip for odd-angle photos. Allows for video recording at a maximum resolution of 4K. Adds a built-in flash and Bluetooth connection option versus older PEN model cameras.

Ships as the camera body only, so you’ll spend extra for lenses.

Records normally at 16 megapixels, but also includes a 40-megapixel recording mode. Burst mode capability is outstanding at up to 10 frames per second. Offers an electronic viewfinder to frame the scene. Uses a 5-axis image stabilization technology for low-light photos.

Higher price than some mirrorless cameras. Must spend extra to buy lenses.

You'll pay a lot for this model, but it's easily one of the best mirrorless digital cameras around.

This mirrorless camera has 20 megapixels of resolution with a 50-megapixel high resolution mode. Includes an electronic viewfinder to frame the scene. Can record up to 10 fps in burst mode. Cool retro look makes this camera a stylish model.

Higher than average price. Will need to pay extra for interchangeable lenses.

Among camera manufacturers, Olympus may not be as well known as some of its counterparts. However, Olympus probably deserves more consideration, as it has created a niche in the camera marketplace by shifting its focus away from DSLR cameras.

Olympus has been manufacturing cameras for several decades, dating back to the days of film photography. After the market migrated from film to digital photography, Olympus continued making cameras, starting with digital SLRs, or DSLRs.

With Canon and Nikon dominating the world of DSLRs, however, Olympus eventually shifted its attention in another direction. And Olympus has found its niche with mirrorless interchangeable lens cameras (ILCs) and waterproof point and shoot cameras.

These cameras have proven to be extremely popular, delivering excellent style and performance in a fun-to-use design. If you want a camera that’s quite a bit different in look and feel from the typical DSLR camera, Olympus cameras are worth considering. 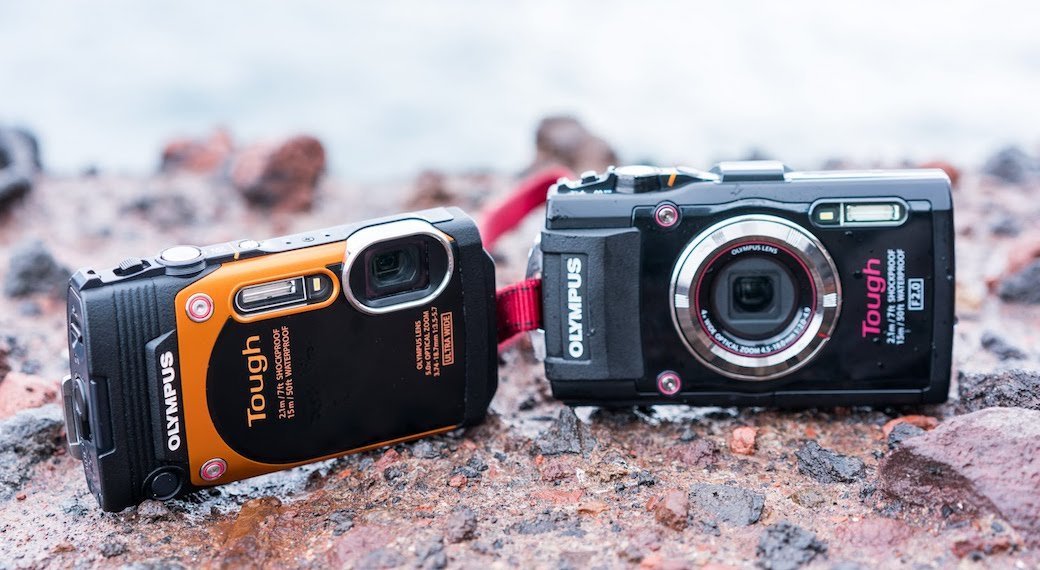 Although you may find an occasional used Olympus DSLR camera for sale, the manufacturer no longer actively makes that style of camera.

When shopping for an Olympus camera, you’ll select between two designs of cameras. These two are extremely different styles with different strengths, so it’s important to think about how you plan to use the camera.

A mirrorless ILC is a camera that uses interchangeable lenses. This means you can attach a different lens to the camera body to gain new features.

Mirrorless cameras have quite a few advanced features, making them more powerful than simple point-and-shoot cameras. They have larger image sensors, allowing them to create higher quality photographs.

The majority of cameras that Olympus sells today are mirrorless cameras.

Waterproof cameras from Olympus can be used underwater. They also are protected should they be inadvertently dropped in water.

You can’t open a battery compartment or a memory card compartment while under the water. But as long as everything is closed tightly while the camera is exposed to the water, it will remain safe from water damage.

Olympus waterproof cameras also are protected from dust penetrating the case. They operate in low temperatures and can survive being dropped a few feet to the ground. Because these cameras are so rugged, some people give them to children as a first camera.

These waterproof cameras are fixed-lens models. This is different from the mirrorless ILCs Olympus manufactures, as a fixed lens camera has the lens built into the camera body. It cannot be removed.

Occasionally, you may find some other Olympus camera designs on the market, such as DSLRs and simple point-and-shoot fixed-lens cameras. These are older cameras that Olympus no longer actively manufactures.

When comparing Olympus cameras, you’ll want to pay attention to the following features.

The image sensor is the silicon chip inside the camera that measures the light in the scene and records the photo. Image sensors that are larger in physical size will generate the best image quality, especially in low light. Mirrorless ILCs have larger image sensors than waterproof cameras.

Any Olympus camera can record videos as well as still image photographs. Can typically choose from a few video recording resolutions with the camera. Some models have a maximum video resolution of full HD (1,920 x 1,080 pixels), while others can record in 4K resolution (3,840 x 2,160 or 4,096 x 2,160 pixels).

"During the early days of digital photography in the mid-1990s, Olympus’ first digital camera had 0.8MP resolution, which was double that of any camera on the market at the time. "
STAFF
BestReviews

Several years ago, Olympus manufactured quite a few inexpensive point-and-shoot cameras. Because this is no longer the case, Olympus doesn’t really offer any types of cameras that cost less than $350.

Waterproof cameras from Olympus cost anywhere from $350 to $550, making them popular among beginners and younger users.

The OM-D Mark mirrorless cameras from Olympus range in price from $500 to $1,500. This is the price for the camera body only. To use these cameras, you’ll have to purchase some lenses separately.

PEN mirrorless cameras from Olympus cost between $400 and $750. Again, this is the cost for a PEN model camera body only.

"A mirrorless camera design, such as Olympus offers, is smaller and lighter than DSLR cameras."
STAFF
BestReviews

Here are some tips to help you gain the most from your Olympus digital camera purchase.

The majority of digital photographers looking to purchase an Olympus camera will find a great model in our matrix. However, if you’d like something a little different, we did consider a few other Olympus digital cameras. The E-M10 Mark II mirrorless camera from Olympus has a lot of the same photography features as the Mark III, but it is limited to HD video recording instead of 4K. If you like the design of the PEN E-PL9 but you’d like to save a bit of money, you can still purchase its predecessor, the Olympus PEN E-PL8. It’s available in three different color options while still sporting the retro style. For a tough, waterproof camera, the Olympus TG-5 is a nice pick. It’s easy to use with a rugged design. 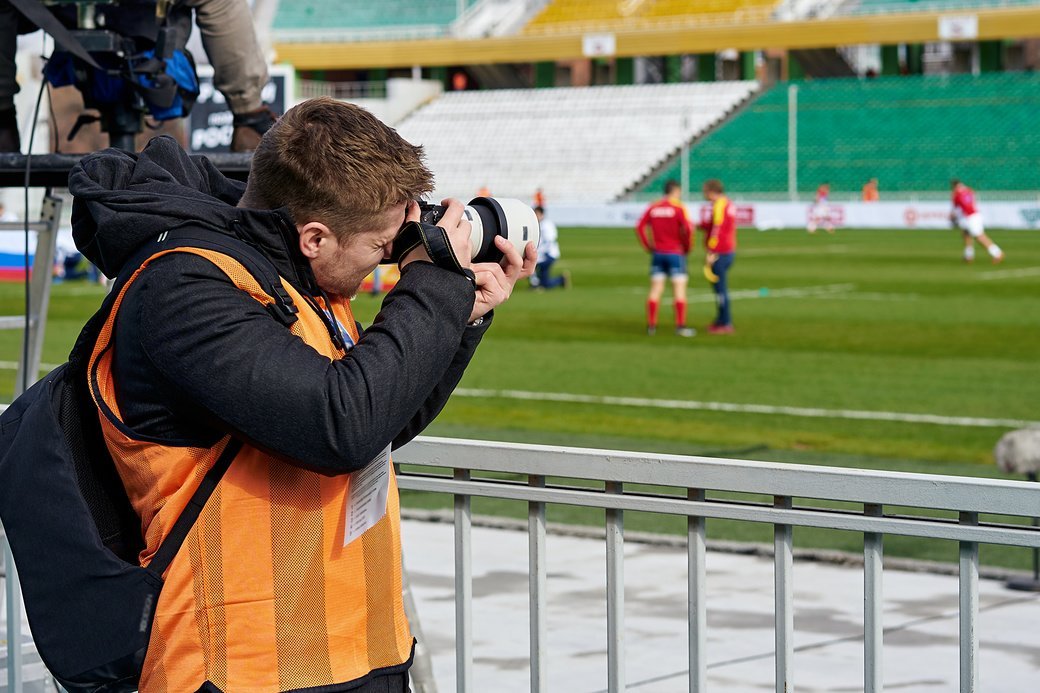 With a waterproof camera, before each use, you should inspect the rubber rings that protect the compartments from water leakage. Old rings may stiffen and crack, leading to leaks.

Q. How do I know if I need a waterproof camera?

A. If you plan to take underwater photos or shoot photos while boating, a waterproof camera is a necessity. Some people choose to use a waterproof, tough camera when hiking in rough areas, where you might drop the camera inadvertently.

Q. Will a mirrorless ILC compare in power and performance to a DSLR

A. Although high-end DSLRs are the most powerful cameras on the market, mirrorless cameras have quite a bit of power too. In the early days of mirrorless cameras, DSLRs had a large advantage in power and features. However, new mirrorless ILCs are comparable to entry-level DSLRs.

Q. Are there hidden costs with Olympus cameras?

A. If you purchase a mirrorless ILC from Olympus, you may have some extra costs involved. You may need to purchase add-on lenses with your mirrorless ILC, although some cameras ship with one kit lens as a starter. Extra lenses can cost anywhere from $100 to $500 apiece. You also may need to purchase a memory card ($10 to $30), a tripod ($30 to $100), or an external flash unit ($40 to $75).


Q. Can I use lenses from other manufacturers with my Olympus mirrorless camera?

A. Yes. Olympus mirrorless cameras must use a style of interchangeable lens that is compatible with the Micro Four Thirds format. A few different companies manufacture lenses that fit this format (Nikon and Canon do not), Before purchasing any Micro Four Thirds lens, check its compatibility with your particular Olympus camera model.