Take one soft gel daily with or without food. Soft gels are easy to swallow. Users note improved memory and focus; some feel an improvement in mood and ability to concentrate. 1-year money-back guarantee on supplements.

Have to be consistent in taking soft gels every day for a while before feeling the effects.

Contains B6 to support mood and nerve function and B12 to boost energy and brain function. Improves cognition and focus. Vegan formula is free of GMOs, gluten, sugar, and aspartame. Minty flavor offers an added "kick." Ideal for those who don't like pill or powder supplements.

Some people found the flavor was overpowering. Others said it loses its flavor rather quickly.

This best-selling immunity and brain booster harnesses the power of 3 different species of mushrooms, combined to create an organic gluten-free and vegan-friendly supplement.

No heavy metals or starch. Tested for purity by a third party. Users report feeling more energized and focused, while memory function seems to improve and inflammation decreases. Lion's Mane helps reduce anxiety. Capsules are easy to swallow and don't have a weird aftertaste.

Make sure to take capsule 20 minutes before eating; may cause side effects such as headaches without food.

Users like both the increase in overall memory and energy and report feeling more rested when waking in the morning. No caffeine as an ingredient, so no jitters as a side effect. Students are happy with improved focus during classes, studying, and test-taking.

Should take close to meals to prevent stomach upset; stay hydrated throughout the day, or supplement may cause headaches.

Alpha GPC crosses the blood-brain barrier as a highly absorbable kind of choline. Users report feeling more alert and able to concentrate. Unlike other ADHD medications, this supplement allows for more restful sleep as well as more focused waking hours.

Those with allergies are out of luck - this kind of choline is derived from soy. Some users complain of stomach upset.

Nootropics are chemical and natural compounds that provide cognitive enhancement for brain functionality, such as increased concentration, memory, and focus. While it’s possible to find nootropic compounds in some specific foods, many people opt to take nootropic supplements.

Nootropics are also called “smart drugs,” and some are only available by prescription. Nootropic supplements, however, can be purchased without a prescription, and those are what we’ll focus on in this guide. When taken in the recommended amount, they are considered safe, non-addictive, and non-toxic. Of course, before beginning any new supplement, consult with your healthcare practitioner.

We’ve put together information on what to look for when choosing the ideal nootropic formula, including our top five picks above. Never heard of nootropics? Don’t worry, we’ve got you covered in our deep dive into these mind-enhancing substances below.

Nootropics are natural and synthetic substances used to improve mental performance. They boast cognitive enhancements such as improved memory, creativity, focus, intelligence and motivation, claim to protect the brain from damage and degeneration, and offer other potential benefits. 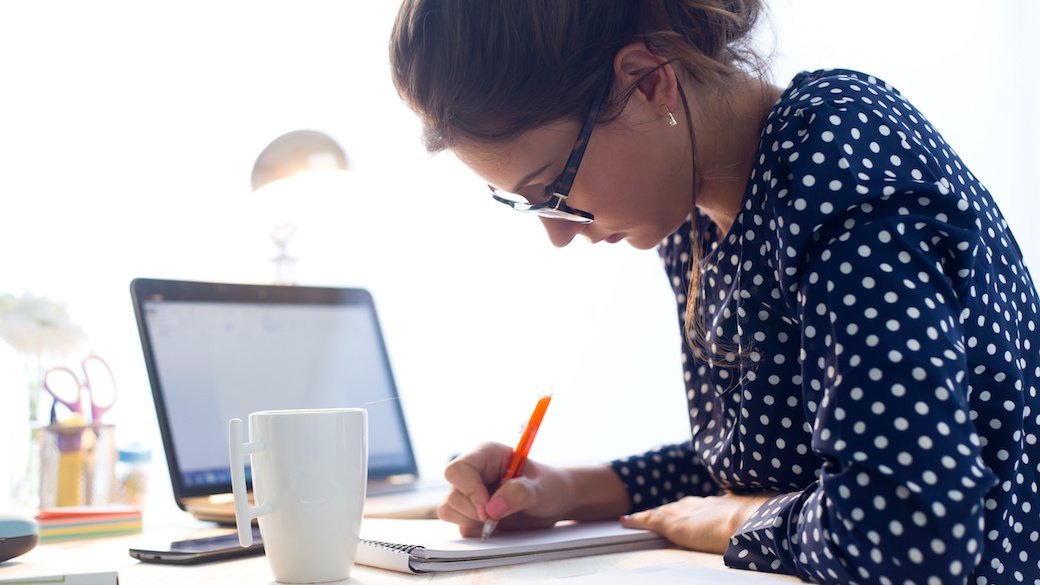 A potential benefit of nootropics is the coupling of the brain’s two hemispheres, allowing them to work together for better processing of information.

While nootropics are legal, most should be used with caution. Synthetic nootropics are chemical compounds that often require a prescription. They can act as strong stimulants that may be habit forming and have serious side effects. These include but are not limited to:

Some of these prescription drugs are used to treat serious conditions such as narcolepsy, brain injury, and epilepsy but when used as nootropics they have effects on memory and attention.

Natural nootropics have more subtle and slower-acting effects. However, they are considered safer to take and generally are not habit forming (with the exception of caffeine and nicotine). In some formulas, they are “stacked,” or taken in combination, to enhance their effects.

Following is a list of common ingredients found in natural nootropic blends. Taken alone, many of these compounds are also considered nootropics.

This is just a partial list of popular, natural nootropics. There are plenty of other nootropic compounds available on the market. Many common vitamins and minerals are also considered nootropics.

Did you know?
The term nootropics was coined from the Greek words for mind and bending.
STAFF
BestReviews

The recommended serving size or dosage of a nootropic will vary depending on the supplement and manufacturer. Most come in capsule form and require a dose of one to three capsules per day. Some capsules take several months to work.

Nootropics are also commonly available in powdered form. Powders can get messy, but they are absorbed by the body quickly and work well for those who want to avoid taking pills or capsules. One scoop into a glass of water or a favorite beverage is usually all you need as a daily dose.

Many companies have developed nootropic formulas that not only improve brain function but also provide health benefits in areas such as weight loss and athletic performance.

For example, supplementing a compound such as caffeine with L-theanine creates a popular nootropic stack that can increase energy and focus, while keeping the mind relaxed. This can be an effective mixture in improving focus and performance at the gym, or limiting anxiety and distraction while dieting.

Keep in mind stacked formulas can potentially have side effects, depending on what other active ingredients a proprietary blend contains. Pay close attention to ingredients and labeling so you are certain you’re not getting anything you’re allergic to or can’t tolerate (like high levels of caffeine).

Inexpensive: The most affordable nootropics are generally pill formulas that land between $14 and $20. This is a great place to start for users new to nootropics. However, be aware that cheaper nootropic products may contain fillers and other unwanted ingredients.

Expensive: The most expensive nootropic blends range from $40 to upwards of $100. Pricier blends tend not to include caffeine to boost the brain but an optimal combination of vitamins and herbs.

Capsules are the most common form of natural nootropics. However, we came across a few powder nootropic formulas that are also worthy of mention. The Perfect Keto Nootropic Brain Supplement is a keto supplement stacked with nootropic herbs, such as ginkgo biloba and cat’s claw, L-theanine, and lipids to support a healthy brain. This keto powder contains no fillers or additives or cornstarch that’ll mess up your macros.

The Purity Natural Beauty Genius Supplement is a superfood and medicinal mushroom nootropic blend that includes lion’s mane, cordyceps, reishi, huperzia serrata, and bacopa monnieri all to improve your memory, alertness, and help you feel more focused and awake throughout your day. A mid-priced bag contains 110 servings, outlasting competing brands. 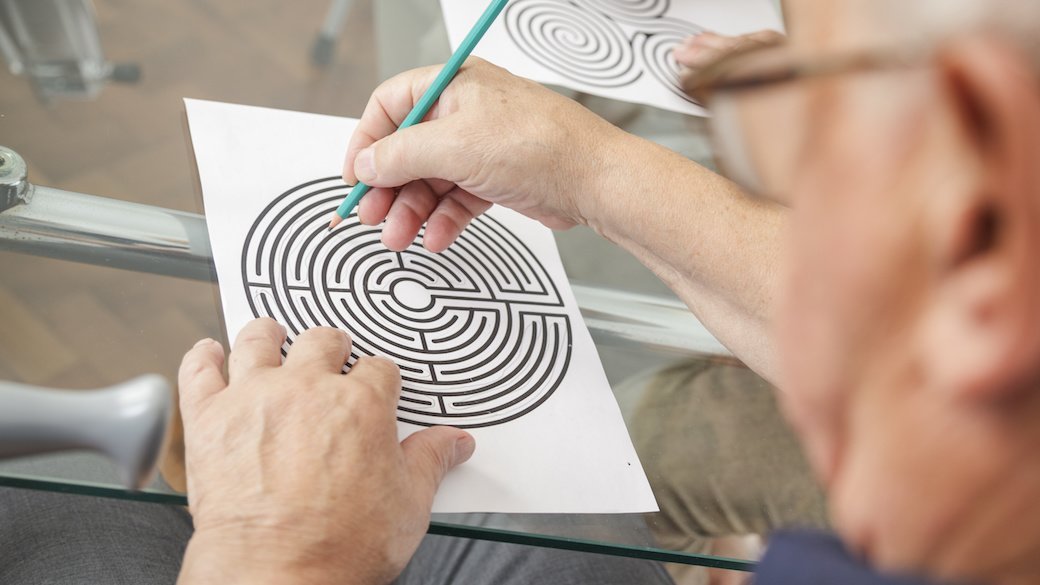 Memory games are a great way to naturally boost your brain’s recollection power. About 30 minutes a day is all you need to see results in a short period of time.

Q. Are there significant side effects when taking nootropics?
A. Generally, no, when taking natural nootropics (supplements). Prescription synthetic nootropics do carry a whole host of side effects. Some users are more tolerant of certain supplements than others, so begin with lower dosages if you have concerns and work your way up to the recommended amount. Because formulas contain multiple components, and if you’re already taking a multivitamin or other supplements, be sure to check that you’re not doubling up on one component. Also some nootropics, like adaptogens, can interfere with prescription medications so be sure to check with your healthcare practitioner or physician before taking any supplement.

Q. What is the typical shelf life of nootropic formulas?
A. Like other supplements, nootropic products have expiration dates. You can extend your supplement’s shelf life by keeping it in a cool, dry environment like a medicine cabinet. 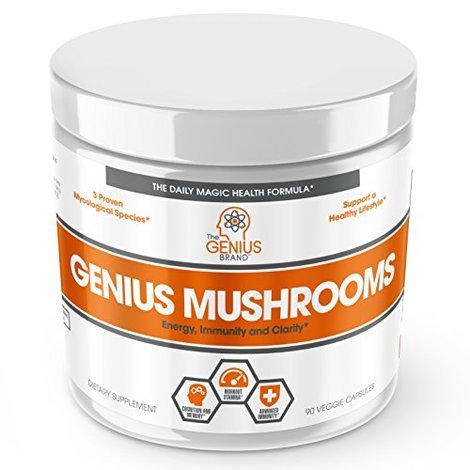 This best-selling immunity and brain booster harnesses the power of 3 different species of mushrooms, combined to create an organic gluten-free and vegan-friendly supplement. 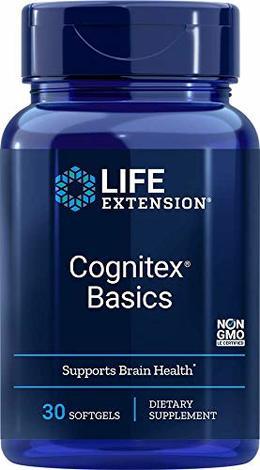 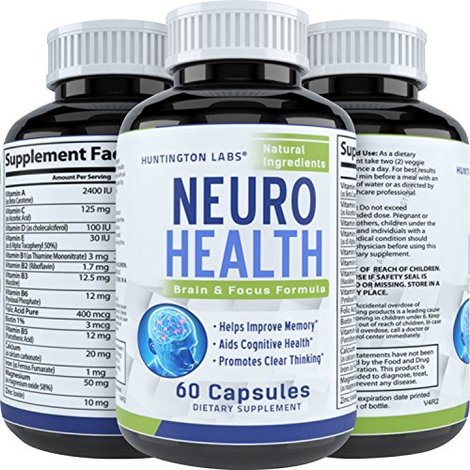 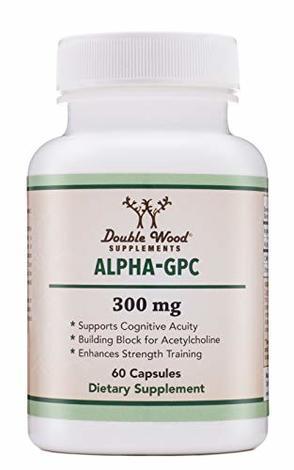 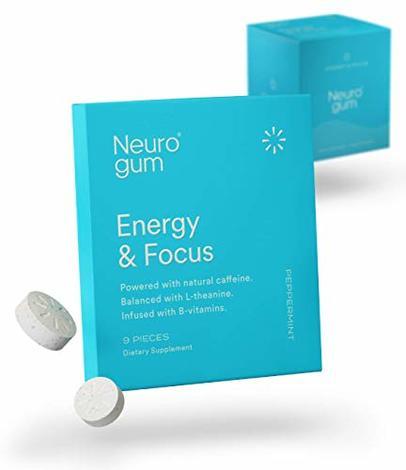