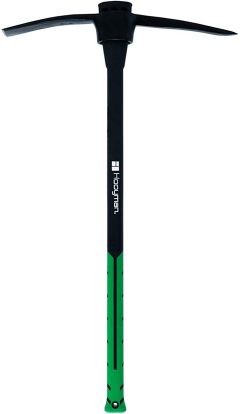 The head of this two-handed tool comes pre-attached for an extra-secure hold.

Long 35-inch, 5-pound tool can be wielded two-handed for maximum leverage against hard soils and rocks. Head made of forged steel for durability. Comes with head pre-attached and epoxied to handle. Handle grip turns tacky when wet for extra hold.

Cutting edge may be narrower than desired for its size. Can be heavy for some. 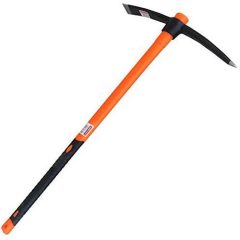 A brightly colored, long, and sturdy option for breaking up tough soils.

The head can come off during vigorous work. 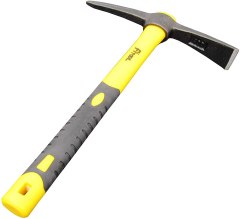 For gardening and rock collecting, this small model is a handy companion.

Rubber handle grip encases the double-inject fiberglass handle. Notable for its great action, which makes it easy to work with for long periods with a great balance. Comes with a guard for protection against overstriking.

Users report the head can slip from the handle after long periods of use. 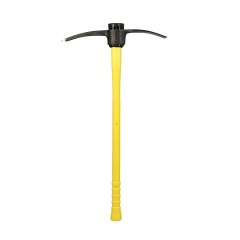 A solid, durable tool with a wide, heavyweight head that breaks up soil with ease.

The head and handle arrive separately and need to be assembled.

There’s more to gardening than planting a few vegetables and flowers and watering them occasionally. While you'll also need to weed and turn the soil, gardening often requires even further work. When it’s time to get down to the nitty-gritty of digging up rocks and cutting through roots, you need a specialized tool to help do your dirty work. You need a mattock.

Similar to a pickaxe, a mattock has a curved, horizontal digging blade on one end and a pick or axe blade on the other. Switching back and forth between the two ends allows you to loosen large rocks and roots in the soil and pry them out. If you’re planning to start or expand a garden, you’ll almost certainly run into buried obstacles when you dig. A mattock will help you get them out of the ground and out of your way. 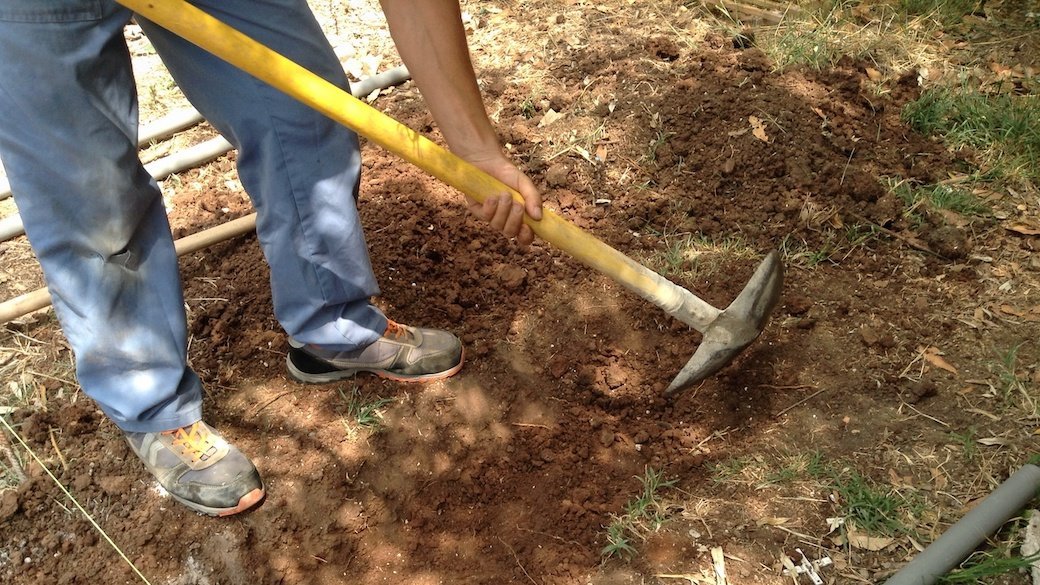 Mattocks are useful for loosening the soil when you’re digging a deep hole. Once the soil is loose, use a shovel to get it out.

Although many people use the terms “mattock” and “pickaxe” interchangeably, they are actually two different tools. A mattock has a broad blade on one end of the head and a pick or axe on the other. A pickaxe has a pick on one side and a narrow chisel, usually one inch wide or less, on the other. Due to the larger blade on a mattock, the head will be heavier than a similar-sized pickaxe.

A mattock has the advantage of being two tools in one, whereas the pickaxe is only one tool. One blade on a mattock will be curved while the pick will be straight. On a pickaxe, both blades or picks are slightly curved.

The heavier the head, the greater the force it will generate when it strikes your target. A heavier head will be harder to swing, of course, but the momentum it creates will be greater. Mattocks are typically sold in 5-pound and 2-pound weights.

For many years the handles of all mattocks, pickaxes, and sledgehammers were made from hardwood, usually hickory.

Did you know?
The center hole in the head of a mattock, where the handle fits, is called the eye.
STAFF
BestReviews

The head of a mattock has two different sides, each with a different blade or pick depending on what you’re using it for.

Inexpensive: Any mattock that is priced around $20 is usually a one-handed micro-mattock. There are some lightweight 2.5-pound mattocks with 34- to 36-inch wooden handles in this price range as well.

Mid-range: The vast majority of full-size 5-pound mattocks are priced between $30 and $45. Some in this price range will have wooden handles, but most will be fiberglass with cushioned handles.

Expensive: Anything $50 and up will be a full-size mattock with a 5-pound head that is riveted or permanently fastened in place to eliminate any kind of slipping. Fiberglass handles on mattocks at this price point will have extra shock-absorbing properties.

Caution
Five pounds of flying steel can do a lot of damage. Always check the head to make sure it is securely in place before using a mattock.
STAFF
BestReviews 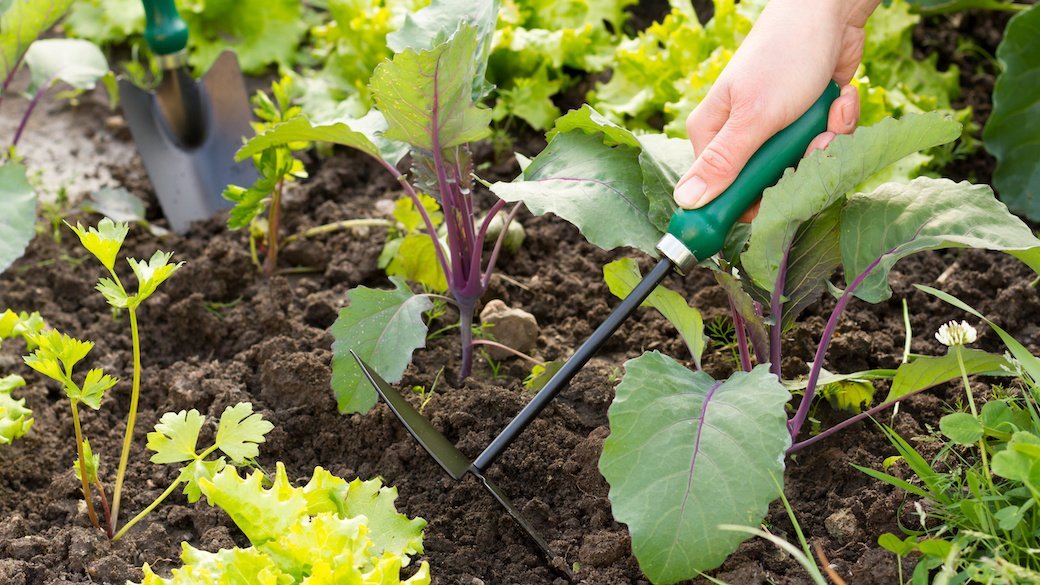 Q. What are the most common uses for mattocks?

A. Digging out tree roots, breaking up rocks, and loosening up hard ground are three common uses. Mattocks are especially useful for working soils that have a high clay content.

Q. What is the front horizontal blade used for?

A. It’s mainly intended to dig trenches or to move dirt from one place to another for short distances. It is not intended for cutting roots. Use the axe blade end for that.

Q. How should mattocks be cleaned?

A. Use a stiff brush to clean all dirt and mud off the mattock before you put it away. Dry the head, and oil it lightly to prevent rust. 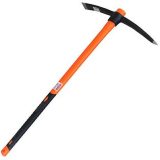 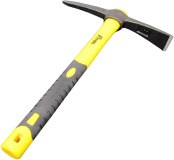 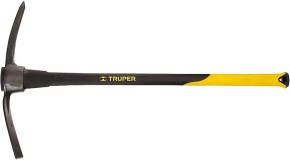 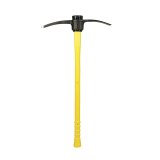 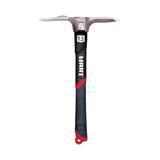