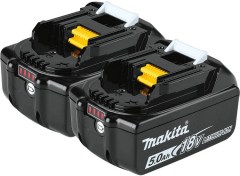 Although these come at a higher cost, the quality is unbeatable, making this 2-pack the best battery option to get the most out of Makita tools.

This is a value pack that is priced much lower than genuine Makita batteries, while still possessing impressive power.

May become warm when charging. 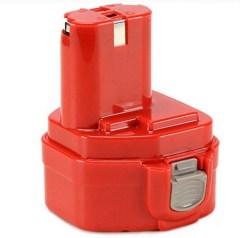 Battery is not only highly functional but also comes at a great price, especially when purchased as a 2-pack.

After repeated use, doesn't hold a charge as long as it did at first. 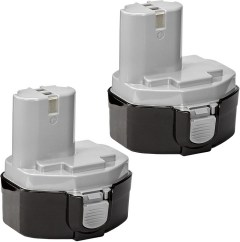 This battery set packs a serious punch, as many users claim the twin pack to be even more powerful than the original Makita-branded batteries.

Somewhat difficult to remove from drill. Battery may get hot after extended use. 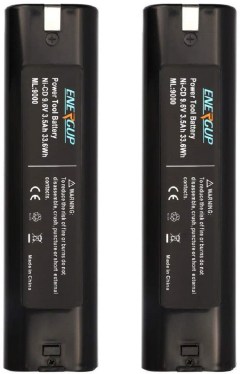 This is a powerful battery that is compatible in a wide range of Makita tools, including older models.

These batteries lack the protective plastic caps that come with Makita batteries.

Makita has been one of the biggest names in cordless power tools for a number of years. The company’s high-quality drills, saws, and other products have a reputation for durability, so you’ll find that a lot of older models are still in use every day. Because of this, there is a strong demand for Makita replacement batteries, and you’ll find that a number of companies produce them.

There are several factors to keep in mind when shopping for Makita replacement batteries, from device compatibility to voltage to ampere-hours. The quality and price vary considerably between these batteries, so we’ve been making comparisons to provide you with some guidance.

If you’re ready to buy a Makita replacement battery, this article features several of our recommendations. The following buying guide also looks at the technology and prices and discusses your choices in more detail. 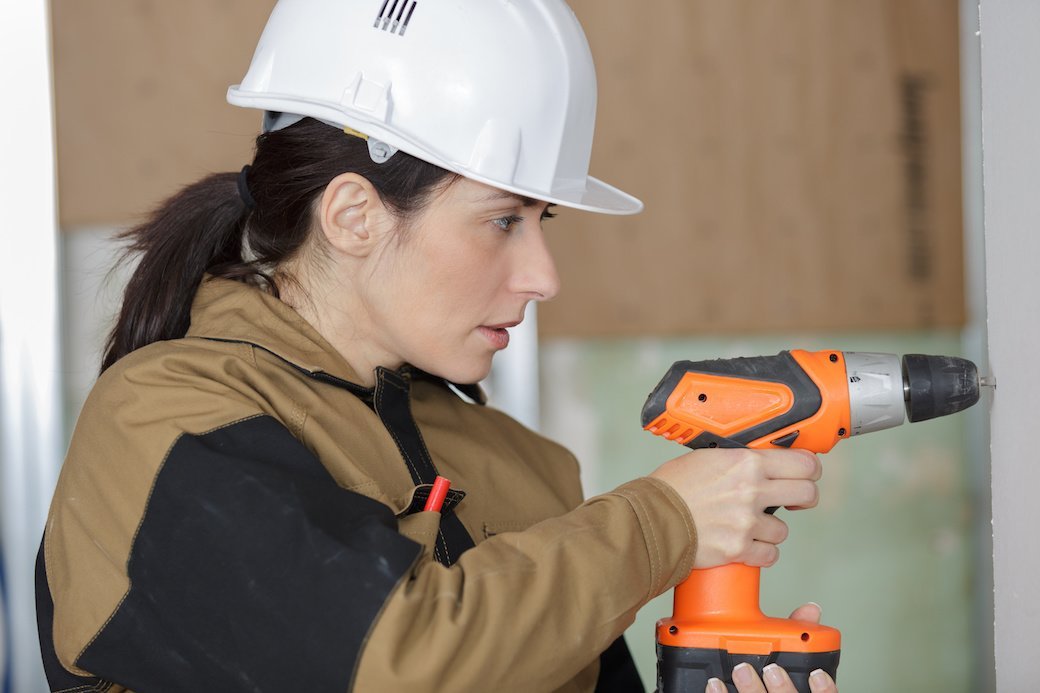 If you want maximum performance and durability, lithium-ion (Li-ion) batteries always beat nickel-cadmium (NiCd) and nickel-metal hydride (NiMH). All new Makita tools are fitted with them.

Nickel-cadmium: The first widely available rechargeable batteries were nickel-cadmium (NiCd). They were something of a revolution, but they’re heavy, Cadmium is highly toxic, and the battery performance is limited, as demonstrated by Makita’s early range being just 9.6 volts.

Nickel-metal hydride: The next advance was nickel-metal hydride (NiMH). These batteries are more powerful and longer lasting than NiCd batteries, but they’re also more expensive, and care is needed when charging them to maintain performance.

Lithium-ion: The newest technology is lithium-ion (Li-ion), and it is unrivaled for power tools. These batteries can hold more power and deliver it for longer, though they’re currently more expensive than other types. As far as we are aware, all new power tools use Li-ion batteries, underlining their performance advantage.

It’s vital that the Makita replacement battery you choose is compatible with your tool, of course. You need to check part numbers carefully. However, there are several other considerations to keep in mind, too.

Stick with the same chemistry. This is a good idea, and in some cases you have no choice. Early 9.6-volt Makita cordless tools had a slimline NiCad battery that fit up inside the handle, and as far as we know there are no NiMH or Li-ion alternatives.

Makita’s NiMH-powered tools are 12 volt, 14.4 volt or 18 volt and fit in a pack on the end of the handle, which is now common. We did find one adapter that allows you to upgrade to Li-ion batteries, but it only fits 18-volt models.

Check the minimum voltage. Voltage can be looked at as a rating of the performance available from the tool. There’s no point in trying to put a 9.6-volt battery on a 12-volt tool. It won’t provide the power to drive the motor properly. Theoretically, it ought to be possible to put an 18-volt battery on a 12-volt tool, but it’s easiest and safest to stick with the marked voltage.

Buy the maximum ampere-hours available. If voltage is power, then ampere-hours (Ah) are the fuel. Strictly speaking, it’s a measure of how long the battery can consistently deliver 1 amp of power. Older-style Makita batteries are sometimes rates in milliampere-hours (mAh), but as there are 1,000 mAh in 1 Ah, it’s really the same thing.

In practical terms, a 3.0 Ah battery delivers the same performance as a 2.0 Ah battery in terms of outright power — voltage output — but it will continue to deliver that power for longer. It’s like having three gallons of gas in the tank instead of two.

With NiCd and NiMH batteries, the power starts fading away the minute you start using it. That doesn’t sound particularly bad, but in reality you’re almost never getting peak performance. With Li-ion batteries, though the eventual drop-off is more dramatic, they deliver consistent power for longer.

Batteries can also be rated by cycle life: the number of times they can be recharged. However, it’s not a figure you see quoted very often, and because everyone uses their tools differently, it doesn’t have much practical bearing on your decision.

As battery technology has advanced, so recharging times have reduced. Old NiCad batteries always seemed to take hours (and many did). Modern Li-ions recharge much more rapidly.

It’s worth noting that as the ampere-hour rating goes up, so do the recharge times. An 18-volt 2.0 Ah Li-ion battery will charge much faster than an 18-volt 5.0 Ah battery. However, with Makita’s version of the latter (LXT) now charging in well under an hour, we would still opt for that model.

For your safety
Although it’s rare, there have been incidents of batteries catching fire when recharging. Whenever possible, stay close so you can keep an eye on them. And never recharge batteries near flammable materials.
STAFF
BestReviews

Inexpensive: You’ll find cheap Makita replacement batteries for around $20 to $30. It’s what we would expect to pay for a pair of older-style slimline 9.6-volt models that slide up into the handle. You can find Li-ions in that price range, but we would avoid them.

Expensive: It’s very difficult to find knockoff alternatives to Makita’s 18-volt LXT Li-ion range. Makita warns against their use, and those we did find are of dubious quality. That leaves you with Makita’s own, which cost anywhere from $80 to $110. They’re pricey, but these are high-performance 5.0 Ah versions, so you’ll never be short of power.

"Brushless motors make much more efficient use of battery power than older-style brush motors. It’s something to bear in mind when it’s time to upgrade your tools."
STAFF
BestReviews 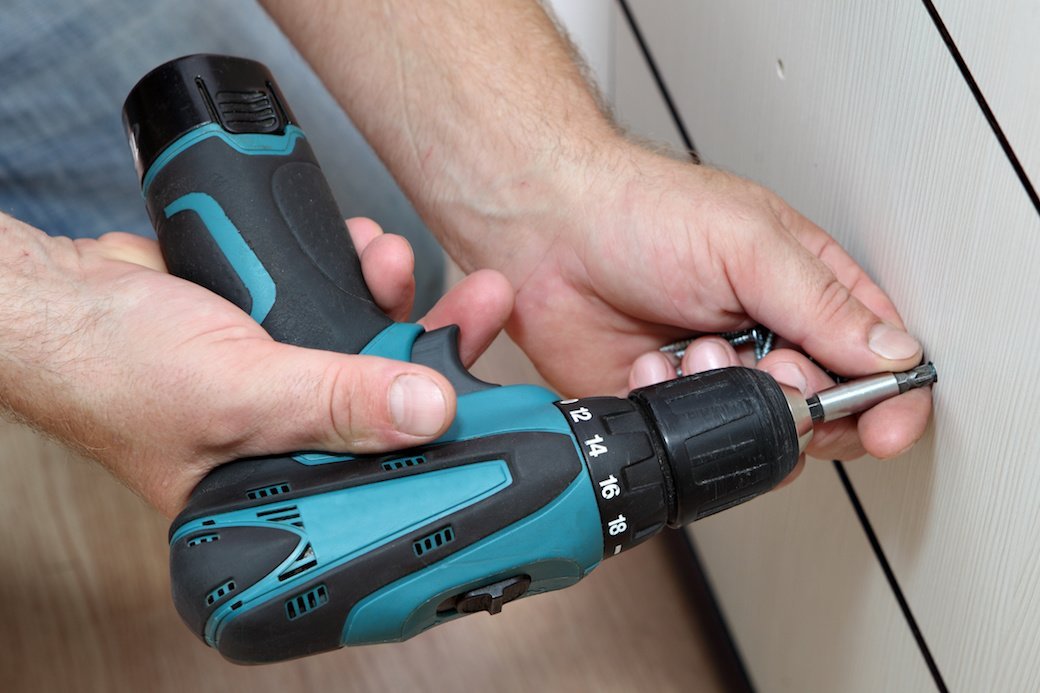 Always use the correct combination of battery and charger. Never try to mix them, even if the battery fits physically. You’ll either undercharge, which is pointless, or overcharge, which reduces battery life and can be dangerous.

Q. Is it better to always use Makita-brand batteries? I’ve heard copies can be dangerous.
A. Makita warns that non-genuine batteries could perform poorly, catch fire, damage the charger, and so on. Their use will certainly void the tool warranty. Any of these things might be true, but let’s not forget that Makita has a vested interested in selling you its own battery!

We wouldn’t trust cheap knock-off batteries, but quality alternatives can save you a lot of money and should be perfectly safe. The battery cells in some brands we looked at are made by Samsung, a well-known and trusted manufacturer, so we have no problem recommending a variety of non-Makita replacements.

Q. How long will a replacement Makita battery last?
A. It’s impossible to know precisely because it depends on the battery type, the tool it’s fitted to, and the conditions of use. We can make some generalizations, though. NiCad batteries are usually good for around 18 months; NiMH for between two and three years. Batteries in Makita’s latest Li-ion 18V LXT range have a three-year warranty, so clearly the company expects them to last longer. Five years isn’t uncommon. Of course, all of this depends on proper care and recharging.

Q. Is it cheaper to rebuild a Makita battery with new components?
A. You could save money in theory, but it’s not a five-minute job. You would need a good knowledge of electronics and the right tools (including a soldering iron and glue gun). You need to cut open the existing battery unit, replace the cells inside, then reseal it. It’s not a process we would recommend. When you factor in your time, it’s difficult to assess whether you’re making any real savings. 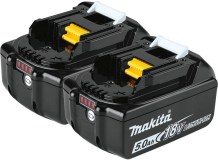 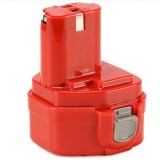 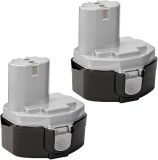