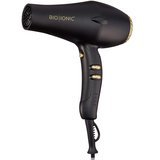 A premium ionic hair dryer that is on par with salon dryers for a better styling experience.

Control buttons on the handle are easy to press by mistake. 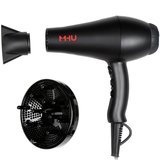 The combination of nice features and a reasonable price make this ionic hair dryer worth considering despite its known quirks.

Feels somewhat heavy, making it awkward to control when in use. Nozzle attachment has a tendency to come loose. 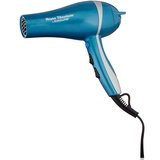 A good compact ionic dryer that's easy to travel with.

Extreme heat can feel uncomfortable on the scalp. 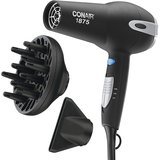 While it's not a premium hair dryer and won't work for everyone, it does a good job for most consumers without costing a lot of money.

Very affordable. Made by a recognizable brand in hair care and styling tools. Dries hair quickly without getting extremely hot. Feels nice in the hand; isn't too heavy. 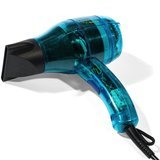 This hair dryer features an impressive design and a sturdy build, although there are competitors that are lighter and more powerful.

Features a salon-worthy design with a contoured handle that cuts down on hand fatigue with extended use. Built-in ion generator produces even heat without damaging hair. Works well for fine, straight hair.

Somewhat heavy and loud, yet it's a bit under-powered for a dryer in its price range.

A hair dryer purchase can be enormously complicated. There’s a confusing array of types on the market with a variety of features, all promising the perfect blowout. There’s also a wide price range, from the $10 pharmacy generic to high-end salon models that cost hundreds.

A recent entry into the fray is the ionic hair dryer. Usually at a higher price point than regular dryers — from $40 to around $400 for premium models — they represent a big investment.

Are they worth it? How are they different? Do they live up to the hype? 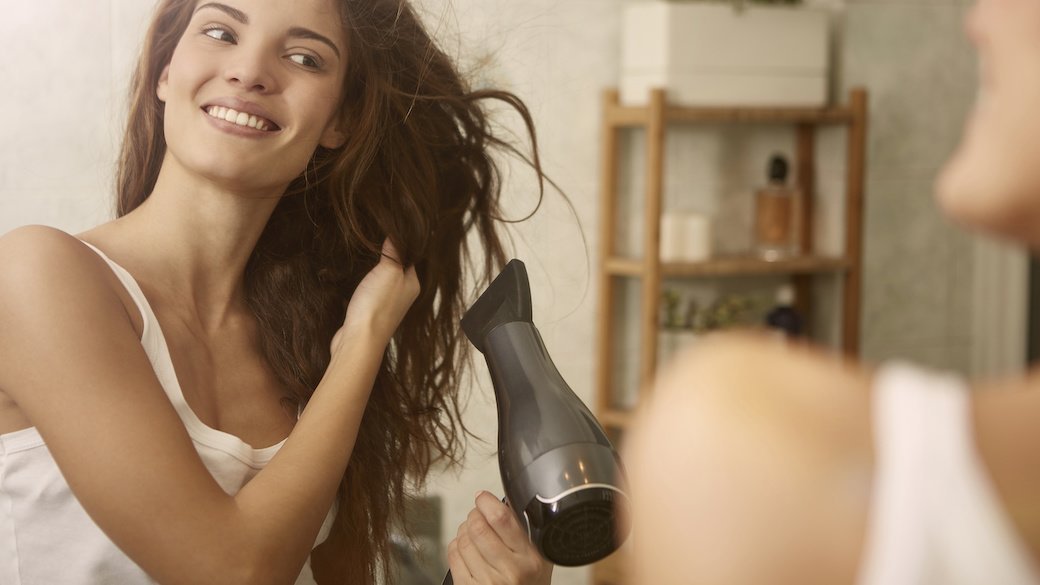 Ionic hair dryers are environmentally friendlier, since regular dryers add a ton of positive ions to the atmosphere. Some brands use recyclable materials, too.

What is an ionic hair dryer?

First of all, we need to go back to science class. Briefly, ions are atoms or molecules made up of protons and electrons. If you have more protons than electrons, you have a positive ion. Positive ions can be harmful with excessive exposure. They can make you feel lethargic, fatigued, and anxious. In nature, you find them in high winds, pollution, humidity, and preceding some lightning storms — which is why you can sometimes feel a storm coming on and why you might feel “under the weather.” Computers, TVs, central air (and, yes, regular hair dryers) all emit positive ions, too.

Negative ions have the opposite effect. Molecules with negative ions are drawn to harmful particles in the air like mold and dust. These molecules can actually strip viruses and bacteria from a room! Negative ions are found by waterfalls and running water, in the forest, and just after a thunderstorm, which is why these make us feel so good, and why there are many negative ionizers on the market to purify our indoor air.

This isn’t just an allergy or feel-good issue, either – negative ions neutralize free radicals, revitalize cell metabolism, and enhance immune function. All powerful stuff. As an application for hair dryers, though, these negative ions can be put to work. The water in your hair after you’ve washed it contains positive ions, so the negative ones produced by the dryer cause the water molecules to split up and evaporate faster, drying the hair from the inside out. This seals the hair cuticle, leaving it silkier and shinier. The result is a style that’s more like a professional salon blowout. Curls will be more defined, and frizzy hair will be sleek.

Less drying time is not only convenient, it also causes less stress on the hair, especially since ionic hair dryers don’t need to use as much heat for the same result. This means less damage and overall healthier tresses over time.

Another plus: These hairdryers tend to be much quieter than the old-school models, and they often come in some snazzy designs and colors.

Bear in mind that ionic dryers do use some form of heat, so all the usual precautions (not putting the nozzle too close to your scalp, for instance) need to be addressed.

There are actually four different types of hair — straight, wavy, curly, and coily — and these are each broken down into subsections, from A to C, regarding thickness and body. High heat is best reserved for thick, coarse hair, while thin hair needs more moderate heat.

Ironically, an ionic hair dryer could actually overdry your hair because you may not realize it’s actually dry in such a short time. Also, because you are cutting down on frizz, you are not plumping up the hair. If you have fine or thin hair, it may leave it looking limp and flat.

“Bubble hair” is caused when extreme heat is used on the hair. Lots of air blisters form between the cuticles, due to the water evaporation within the hair itself. Ionic dryers won’t cure this once it’s happened but may help with avoiding it.

Features to look for in an ionic dryer 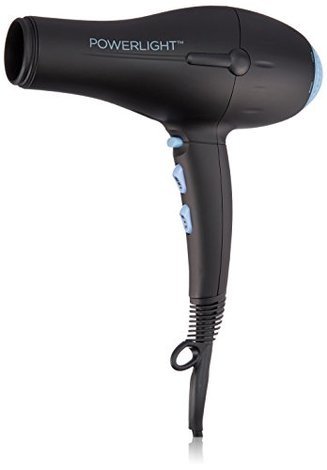 This ultra lightweight model features nanobeads in the barrel — minerals that infuse into the hair for added conditioning and anti-frizz. This also uses infrared heat to speed up drying without damaging the hair. The dryer is sturdy and well-constructed.

Understanding the talk about tourmaline and ceramic

You’ll often see tourmaline and ceramic as part of the hair dryer’s description. Tourmaline is a semi-precious stone, which is partly why the dryers cost more. Tourmaline maximizes the negative ion output. It may be used in the internal parts of the dryer or crushed into powder and used as coating for the major components.

Ceramic is used as a way of producing infrared heat. Not all ceramic dryers are ionic, but infrared heat is also less damaging than regular heat. Some ionic dryers incorporate both technologies, and contain both ceramic and tourmaline.

A lightweight model that’s a converter of sceptics.

This dryer features a powerful motor and six heat and speed settings, making it extremely versatile and suitable for all types of styling. It uses titanium to create a steady temperature, which is 40% lighter than ceramic. A removable filter keeps it running efficiently.

The other main issue is the cost. Ionic hair dryers are significantly more expensive than regular hot air ones.

What you can expect to spend

At the low end of the market, you can find a very basic brand name model in the $30 range, but these will have limited features, such as only having two speed settings. For a high-end product in the professional range, expect to pay a minimum of $200 right on up to $500. There are some quality dryers in the $80 to $100 range which combine some of the better features, like the cool shot and ergonomic design, that would work well for most people.

In the course of our research, we found a few tempting alternatives that didn’t quite make our shortlist but are still great products for some people. For example, if you want to use ion drying but have fine or thin hair, the Sedu Revolution Pro Tourmaline Ionic 4000i is a top-rated choice. With the push of a button, the ion generator can be switched off, allowing for regular, more fluffing heat at the roots. 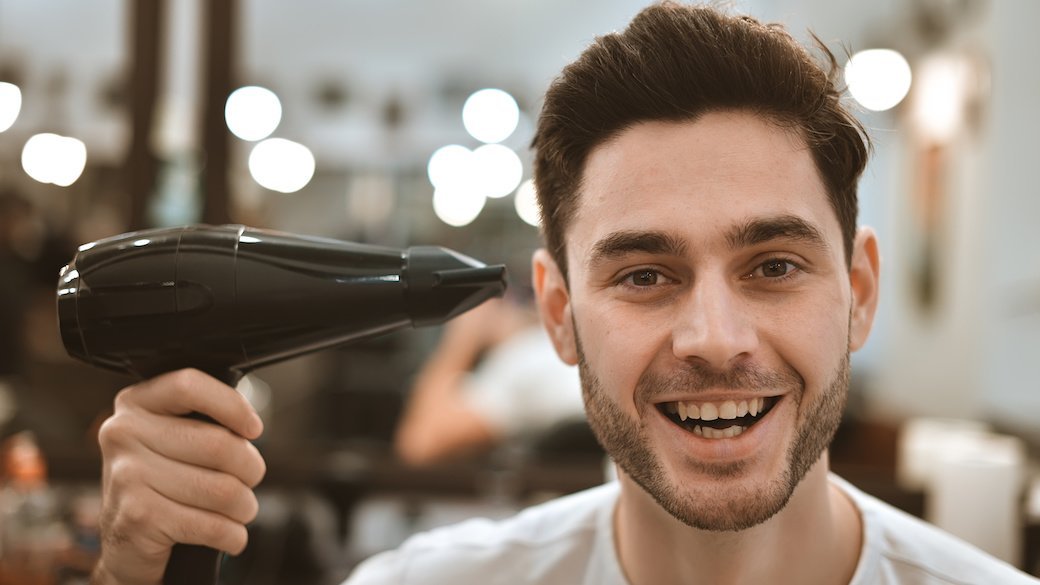 Wondering about wattage? Stylists generally recommend looking for dryers that are at least 1,800 watts.

A. African-American hair is often challenging because it is usually thick and coarse yet can also be brittle — especially if it has been relaxed or has gone through other processes. The ionic technology is a great way to help protect it from more heat damage. You may find it useful to look for an ionic hair dryer that also has a comb attachment.

Q. Does the use of styling products on the hair affect the outcome?

A. The ions will work the same, so there’s no reason to change your routine. It’s always a good idea to add protectant serums, lotions, and sprays to the lineup, though you may want to try the dryer without them first and adjust accordingly based on your results.

Q. Do I need to look for UL listing on the dryer?

A. Yes — being UL listed means it has been tested for safety by the Underwriters Laboratories, a not-for-profit organization that has been around for more than 100 years. 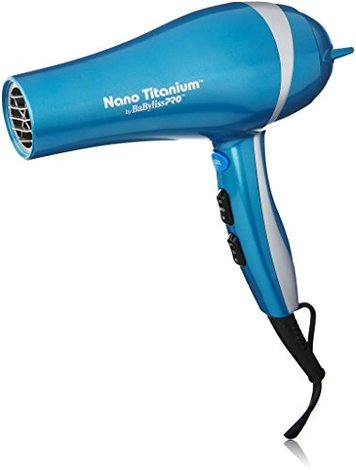 A good compact ionic dryer that's easy to travel with. 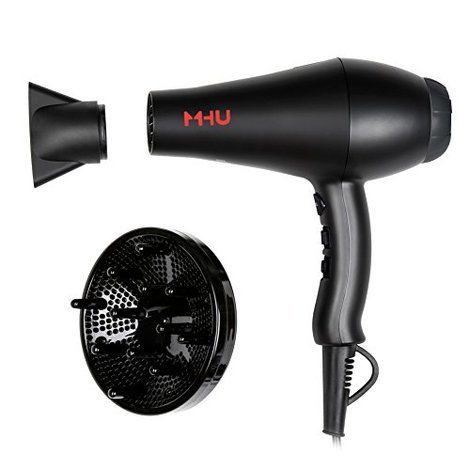 The combination of nice features and a reasonable price make this ionic hair dryer worth considering despite its known quirks. 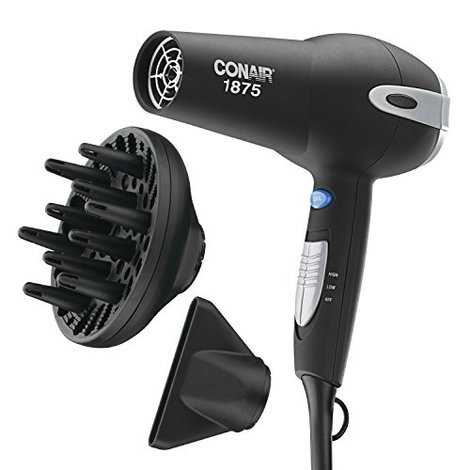 While it's not a premium hair dryer and won't work for everyone, it does a good job for most consumers without costing a lot of money. 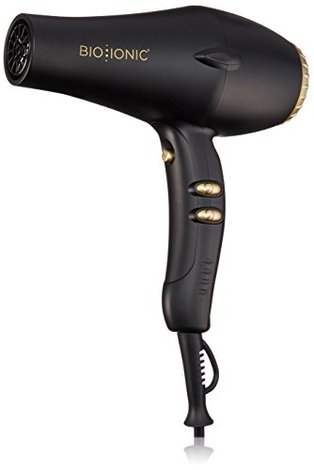 A premium ionic hair dryer that is on par with salon dryers for a better styling experience. 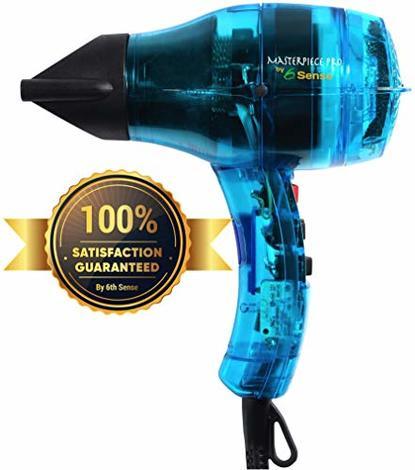 This hair dryer features an impressive design and a sturdy build, although there are competitors that are lighter and more powerful.