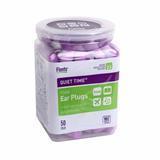 For restless sleepers who are highly sensitive, we recommend these comfortable ear plugs.

Easy to pinch and insert into the ear canal. Effectively block out noises from construction, snoring, pets, music and other loud disturbances that might interrupt your sleep.

Some find the earbuds too small. 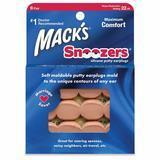 The best-known brand in ear plugs, these basic ones help you sleep soundly and don't cost much.

Non-toxic, non-allergenic, and waterproof. Their moldable silicone putty fits very comfortably in the ear and block out most minor noises around you.

They don't work as well as some users would like.

Although designed for noisy work sites, these may work well for third shift workers who want to block out street noise.

Foam adjusts to fit one's unique ear canal, blocking out most noise. Easy to put in and stay in place. Dirt- and dust-resistant skin prevents build-up. 5 pairs per pack. Vibrant color helps others notice you are wearing them/may not hear them.

Some say they fall out of the ear rather easily. 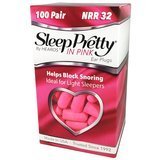 Designed for those who want ear plugs in a pretty pink color, these block out most sleep disturbing sounds.

They may not block loud snoring effectively. 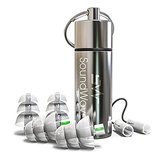 These let the outside sounds you want to hear in (like your alarm clock), filtering out sharp acoustic sounds that can cause tinnitus and hearing loss. 1 pair of NRR 23 and 1 pair of NRR 27 high fidelity noise reduction included.

More than a third of the population sleeps less than the recommended seven hours per night, according to the Centers for Disease Control (CDC). Sleep disorders are so common, in fact, that the CDC recently declared them a public health epidemic. And it’s no wonder: sleep loss is known to contribute to obesity, impaired immune system function, poor heart health, depression, and serious car accidents, among other problems.

Maybe you’re among the millions of people who have trouble falling asleep or staying asleep. You might be among the 20% of the population with a sleep disorder. Or you might just have something like noise keeping you awake at night. Noise can negatively affect your sleep quality throughout the night, even if you don’t fully wake up.

It’s hard to put a price on quality sleep. If you’re having trouble, you might want to give earplugs a try. We can help you find the best set to fit your ears, your sensitivities, and your family’s needs. Keep reading to learn more. 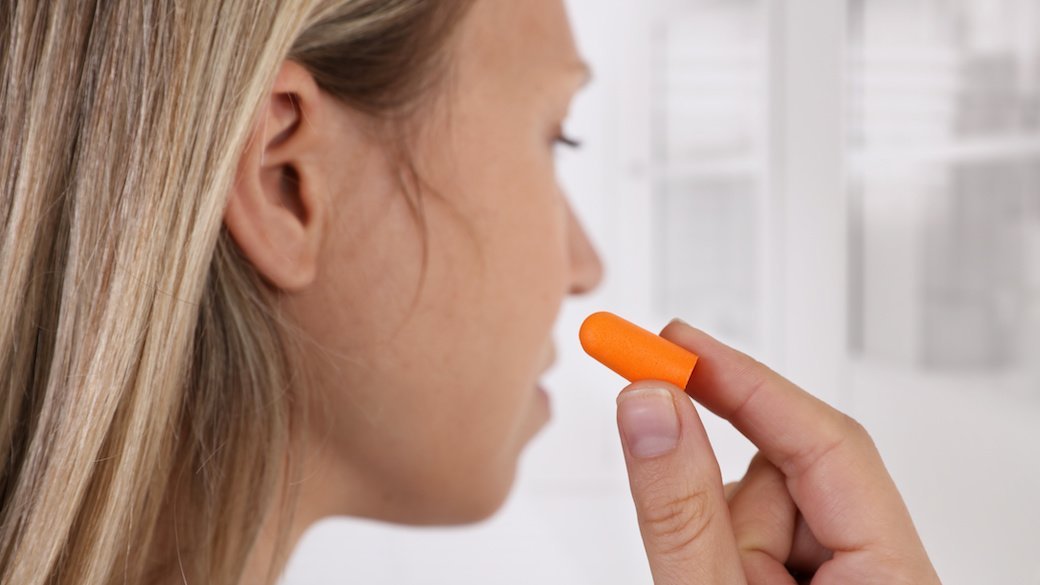 Adults ages 45 to 54 get the least sleep of any age group, according to the CDC. For some sufferers, earplugs are the answer.

When shopping for earplugs for sleeping, the most important consideration is how many decibels of sound you need to block. After all, you don’t want to block all sound. Hearing your alarm clock is a necessary evil. You do want a smoke alarm and a fire siren to wake you up. Parents need to be able to hear their baby monitor or a child calling for help, too. So the question is, what level of sound blocking will safely get you a good night’s sleep?

You can tell how much noise a pair of earplugs will block based on its Noise Reduction Rating, or NRR. Most disposable earplugs have an NRR in the low to mid-20s — considerably less than the highest possible rating of 33 NRR.

A simple math calculation will help you figure out how many decibels your earplugs can block. To calculate this number, subtract the number seven from the product’s NRR. Divide that number by two. Finally, subtract that number from the decibel level of the sound you want to reduce. So, for example, a pair of earplugs with an NRR of 25 would block roughly nine decibels of sound. These earplugs would bring a 70-decibel noise made by a vacuum cleaner down to about 61 decibels.

When choosing the NRR rating that’s appropriate for you, consider the sounds that keep you awake. Do you live near an airport? Landing airplanes typically produce sounds of 90 to 100 decibels. Does someone in your home snore? Snoring falls somewhere between 60 and 90 decibels. Here are a few more examples.

You’re probably never going to block out the 120-decibel boom of a thunderclap or the wail of a police siren. And you wouldn’t want to: our bodies’ startle reflexes and fight-or-flight mechanisms are there for our own good. But if you can reduce the sound level below 40 decibels — the threshold which many report will awaken them at night — your chances of getting a good night’s sleep rise dramatically.

Earplugs are most commonly made of foam. Whether conical or bell-shaped, most have a tapered design that allows them to easily fit in the ear canal. They don’t take much effort to compress, and they re-expand to seal the ear canal gently. Foam earplugs are smooth, lightweight, and comfortable. However, they tend to lose shape more quickly than other types. Most are intended to be used once or twice and come in large-quantity boxes. They collect bacteria relatively easily and are considered disposable.

Some earplugs are made of wax, but these are primarily made for swimmers. Wax earplugs are extremely moldable, so if you have trouble fitting other types of earplugs in your ear, you may want to consider a pair of wax earplugs.

Noise-filtering earplugs, on the other hand, filter out disruptive sounds while letting the sounds you need to hear pass through. Earplugs that filter noise allow you to hear mid-range sounds like alarm clocks and voices, but they block sharp, startling noises and low, droning noises.

More than 10% of adults report that sleep deprivation affects their driving, and more than 8% state that getting too little sleep affects their job performance.

Nighttime noises aren’t the only sounds that can disrupt your sleep. Early morning interruptions, such as barking dogs and rumbling garbage trucks, can cut your sleep time short, too.

In addition to your choice of earplug materials and sound-cancelling or filtering abilities, there are a few other optional features you may wish to look for in a pair of earplugs for sleeping.

Earplugs differ in price based on materials and design. You can find earplugs with low and high reduction ratings across the price spectrum; materials and features account for the difference in price. Since many earplugs come in multipacks, we’ll calculate a cost per pair.

Mid-range earplugs generally cost between $1 and $2 per pair. These earplugs may be made of foam or moldable silicone. They’re more substantial than lower-priced earplugs, but they still belong in the disposable category.

High-end earplugs can cost anywhere from $10 to $20 per pair. Earplugs costing this much will be reusable and made of silicone. They will likely have specialized design features for noise cancellation or filtering.

If you have a latex allergy, check the label of any earplugs you’re considering to make sure latex isn’t included in the product.

Fans of wax earplugs should check out the moldable wax earplugs from Peace and Quiet.  These small wax pillows are perfect for side sleepers because nothing sticks out of the ear. They are easily shaped to fit most ears and are rated at 32 NRR.

The High Fidelity Earplugs from Eargasm are pricey, but they get rave reviews from users ranging from motorcycle riders to sleep-deprived apartment dwellers. Made of soft silicone, they’re prized for comfort and their ability to filter noise without diminishing sound quality. 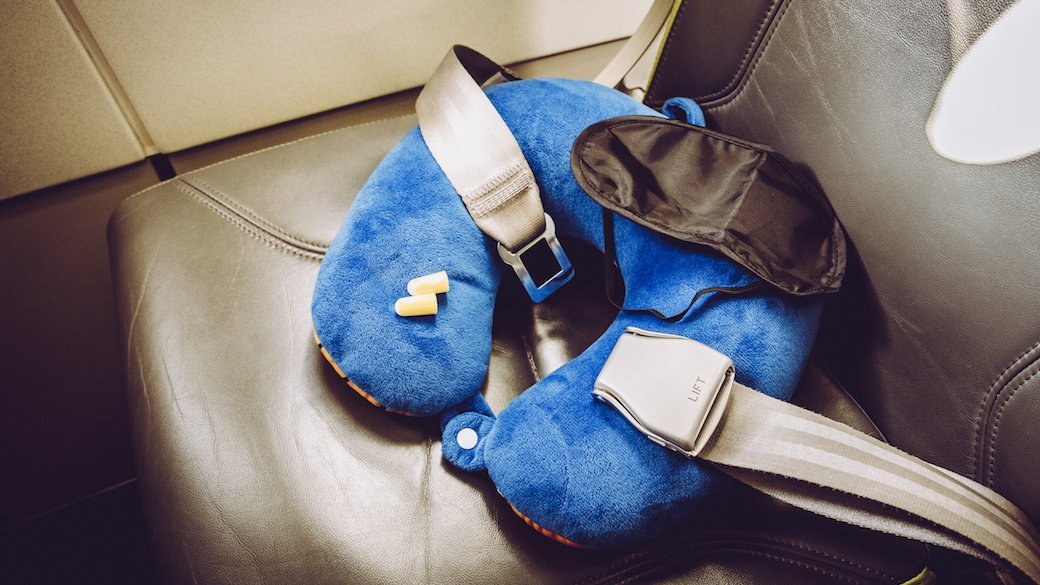 Earplugs aren’t just for coping with a snoring partner. Make sure you pack them for red-eye flights and camping trips, too.

Q. How can noise negatively impact my sleep quality if it doesn’t wake me up?

A. Noise can cause restlessness even if it doesn’t wake you. Your brain continues to receive and process noise when you’re asleep, and too much noise can diminish your sleep quality. It can also prevent you from transitioning from lighter sleep to REM and deep sleep. REM sleep starts about an hour and a half after you fall asleep, and it plays an important role in memory consolidation. Progressing to deep sleep, which happens for longer periods earlier in the night, is the relaxing rest that allows you to feel refreshed in the morning. If either of these sleep stages suffer, your memory and wakefulness may suffer, too.

Q. What is the safest way to put earplugs in my ears?

A. Silicone ear plugs have a relatively fixed shape, but with foam ear plugs, there’s a specific method of insertion that will maximize both noise reduction and safety. First, wash your hands. Next, roll the earplug until it’s slender enough to fit in your ear. Tug your earlobe away from your head to make your ear canal more accessible. Then, insert the earplug. Push it in just far enough to block sound; you don’t want to irritate your eardrum lining or have trouble removing it with your fingers. The foam will slowly expand to meet the space of your ear canal. Keep your hand in place over your ear until the earplug is fully in place. This prevents the plug from accidentally popping out and becoming contaminated.

Other Products We Considered
The BestReviews editorial team researches hundreds of products based on consumer reviews, brand quality, and value. We then choose a shorter list for in-depth research and testing before finalizing our top picks. These are the products we considered that ultimately didn't make our top 5.
Lynx Brands
Ultra Soft Foam Earplugs
The Ear Buddy
Insanely Comfortable Premium Earplugs
BRISON
High Fidelity Earplugs for Sleeping
ANBOW
Reusable Silicone Earplugs
Jourdak
EarMine Bullet Premium Quality Earplugs
The team that worked on this review
× 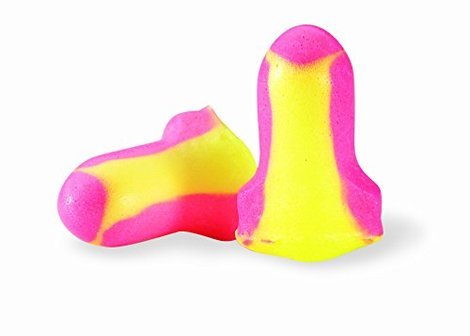 Although designed for noisy work sites, these may work well for third shift workers who want to block out street noise. 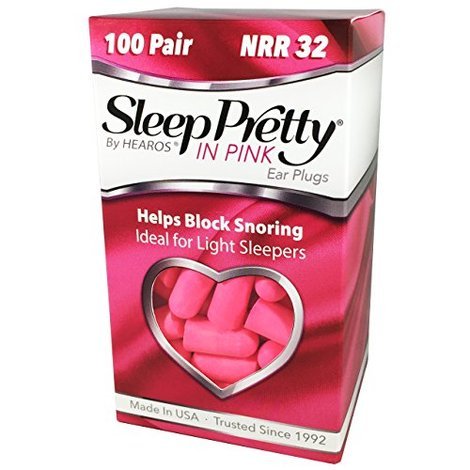 Designed for those who want ear plugs in a pretty pink color, these block out most sleep disturbing sounds. 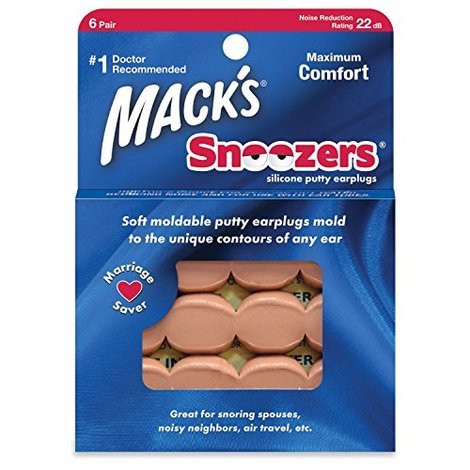 The best-known brand in ear plugs, these basic ones help you sleep soundly and don't cost much. 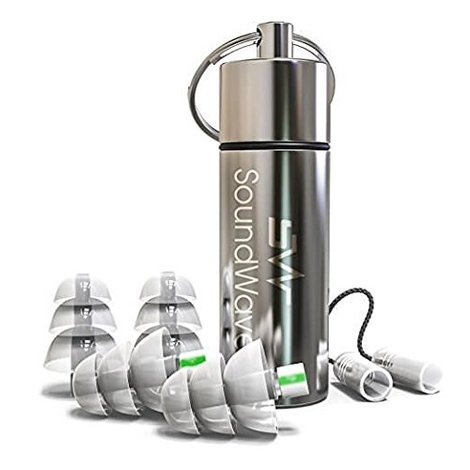 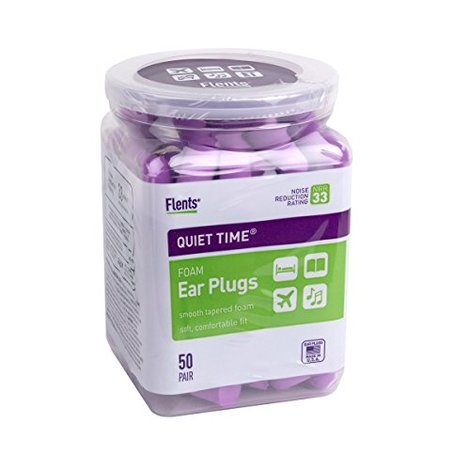 For restless sleepers who are highly sensitive, we recommend these comfortable ear plugs.