Nice mix of price and performance in a product that holds up well under regular use.

Available in either black or red colors. Doesn't come to a point behind the knee, and some catchers like the feel of this 4-sided design. Trusted brand name. Very reasonable price point for this type of gear. D-shaped loops are large enough to make it easy to affix the knee protector to the shin guards.

D-shaped loops are made of plastic instead of metal, so they won't last as long.

Available in both youth and adult sizes. Features the 4-sided design that some catchers love, as it provides just a bit more padding at the back of the knee than a pointed wedge design. Very good price point. Padding will maintain its shape, even when the knee savers are used regularly.

Rectangle shaped loops are small, making it tough to attach the shin guards if you're in a hurry.

A traditional design that fits perfectly with a wide variety of shin guards.

Wedge shape is comfortable and supportive, even during a long inning on defense. Extra-long straps fit larger and older players. Wedge pads have Velcro on the back to ensure they stay in place.

Attachment buckles are made of plastic, so they may not last a long time.

Padding set features a different shape than some others, but those who like the fit will swear by it.

Uses a pointed end on the part of the wedge closest to the back of the knee, rather than a 4-sided design, which some will love. Uses memory foam in the construction so it conforms comfortably to the catcher's leg. Uses strap channels sewn into the pad for a tight fit to the shin guards.

Shape won't appeal to everyone. Memory foam construction is best for 1 catcher to use, instead of all catchers on team.

Inexpensive design that's a bit thicker than some others toward the back, providing more cushioning.

Uses a point in the design closest to the back of the knee, rather than a 4-sided design, that's more comfortable for some players. Good price point. Uses large rectangular shaped loops so you can attach pads to the shin guards in a hurry. Seems to absorb less odors and sweat than others.

Some will find this design too thick for comfort, especially younger players.

Playing the position of catcher in baseball or softball is extremely difficult. The catcher must wear quite a bit of protective gear, preventing them from being injured if a foul ball strikes the body. But this gear can be heavy and hot to wear on a summer day. In addition, catchers must crouch behind home plate for every pitch. They must have strong leg muscles to squat and stand several dozen times per game.

This constant crouching creates stress on the knee joints and tendons, but knee saver pads can help. Knee savers fit between the back of the thigh and calf muscles, and they support some of the player's weight. This removes some of the strain from the knee joint because it doesn’t need to bend as far when the catcher crouches.

Knee savers haven’t been around for very long, so standard catcher’s gear sets often don’t include them. However, you can purchase the pads separately and add them to your own equipment stash. Continue reading to learn more about how knee savers work and whether they would help your game. 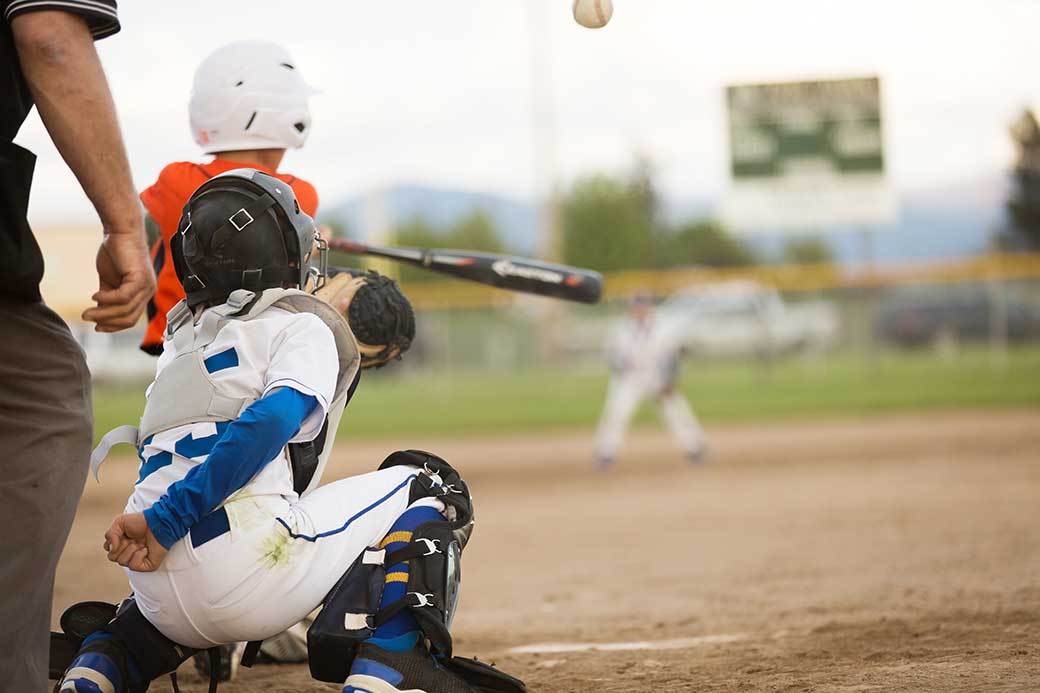 Within the past several years, knee saver pads have become a common piece of equipment for baseball and softball catchers.

Sizing is one of the key considerations you’ll face when choosing catcher’s knee savers. It’s not just about selecting small versus large, though; it’s also important to find the right thickness of padding and to match the pad size with the shin guard size.

Knee savers can be used for either softball or baseball catchers, as can most pieces of catching gear. As a general rule, the small-size knee saver pad will be usable for players ages 12 and under. Players 13 years old and older will use a large pad.

The thickness of the knee pad is another important consideration, although it’s a matter of personal preference. Some catchers prefer a thick pad to yield the highest level of cushioning. However, a thinner pad may feel more comfortable when crouching because the leg muscles don’t need to compress the foam as much.

"Knee savers are not part of the officially required catcher’s gear for most baseball and softball leagues."
STAFF
BestReviews

When shopping for knee savers, you’ll quickly realize that the majority of them look very similar. There aren’t a lot of design differences.

Knee savers often have a wedge shape, almost like a slice of pie. When seen from the side, they resemble triangles — but they have three dimensions and five sides. The point of the wedge will fit adjacent to the calf closest to the knee, while the thickest part of the wedge fits close to the ankle.

Other knee savers have a boxy wedge shape, resulting in six sides. One end of the pad will be slightly narrower than the other, providing a bit of extra padding near the back of the knee.

Most knee saver pads have four buckles, although a few designs have six. They will often be D-shaped, although square buckles are used as well. Pricier knee savers may include metal buckles, but plastic buckles are common on less-expensive products.

Knee savers can remain attached to the shin guards even when the catcher isn’t wearing them, so they don’t hinder the catcher’s ability to put on his or her shin guards quickly. Using knee savers doesn’t noticeably slow down a game by forcing catchers to put on extra gear before playing defense.

The majority of knee savers have a black vinyl covering, usually with the name of the manufacturer clearly visible in white. However, if you’d like a color that matches your other catcher’s equipment, multiple color options are available.

Catching gear for both softball and baseball can be costly, as it takes a lot of equipment to keep catchers safe. Compared to other pieces of catching gear, however, knee savers are relatively inexpensive.

The least expensive knee savers will cost $12 to $20 for a pair. (All knee savers are sold as a pair of pads.) Pricier versions could go for $20 to$40 for a pair. These pads may have multiple layers of foam and a thicker level of vinyl covering, which ensures a high level of durability.

The knee saver represents only a portion of a baseball or softball catcher’s gear, and it’s one of the few pieces worn for comfort instead of protection. Because the catcher is situated directly behind home plate and close to the batter, they have almost no time to react to a foul ball and catch it. Protective gear shields the body from stray foul balls and wildly bouncing pitches.

We compiled some tips for determining which types of catcher’s gear must be worn for protection and which equipment is a personal choice (like knee savers). 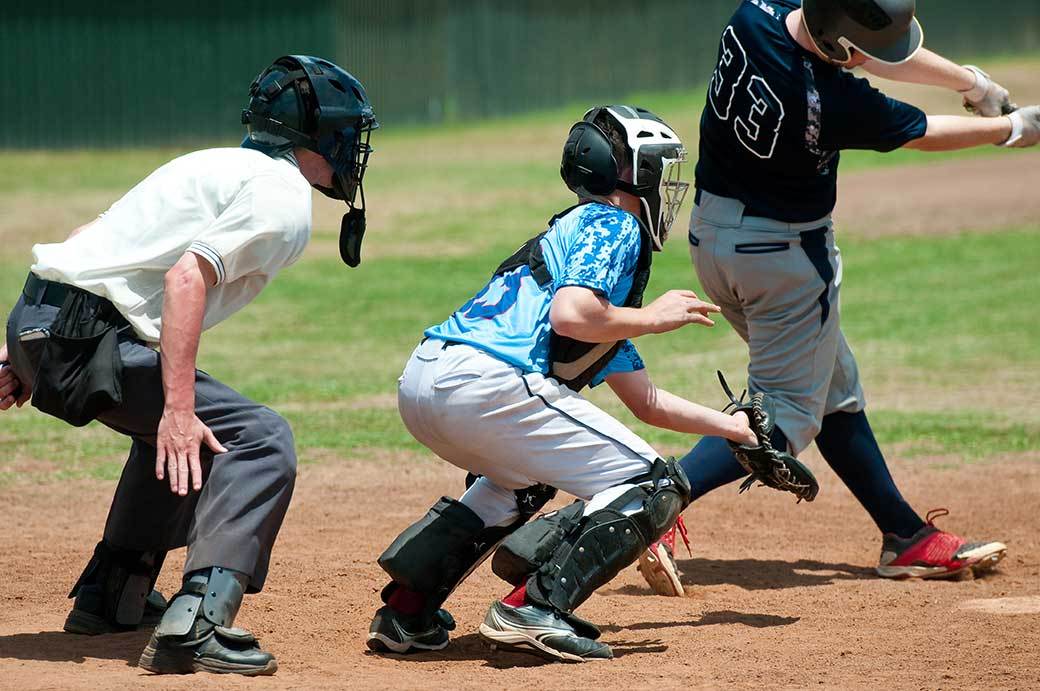 About half of all Major League Baseball catchers wear knee savers while playing defense.

Q. Do I have to purchase knee saver pads that match the brand of my shin guards?
A. No. The buckles on knee savers all have a similar design, so any brand of knee saver should work with any brand of shin guard. Some people do like to have equipment that is all from the same brand, but you certainly aren’t forced to match brands for the gear to do its job.

Q. My coach doesn’t like knee savers. Is it true that catchers can have sluggish movement when using these pads?
A. This is a concern among some baseball coaches. If the catcher doesn’t use proper technique while crouching, he or she may not move as crisply as required. Players should not lean or “sit” on the padding; doing so may leave their weight improperly balanced when in the crouch position. Proper weight balance can be taught to players who wear knee savers, allowing for quick movements behind home plate.

Q. Do knee savers help catchers who have knee problems already, or are they better for helping young catchers avoid problems in the future?
A. Knee savers should help in both situations. An older player with sore knees can use the knee savers to take some pressure off the knee joints, and a younger player can keep his or her knees healthier for longer by using knee savers to prevent over-stressing the joints. 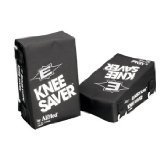 Nice mix of price and performance in a product that holds up well under regular use. 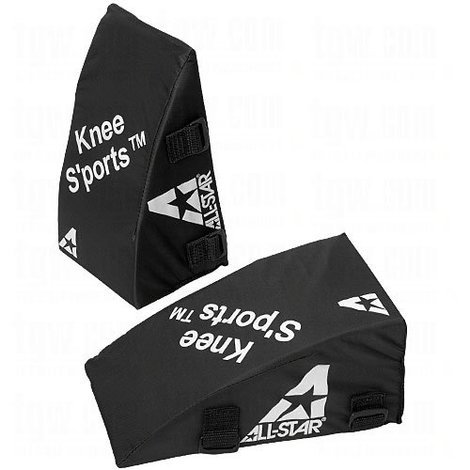 A traditional design that fits perfectly with a wide variety of shin guards. 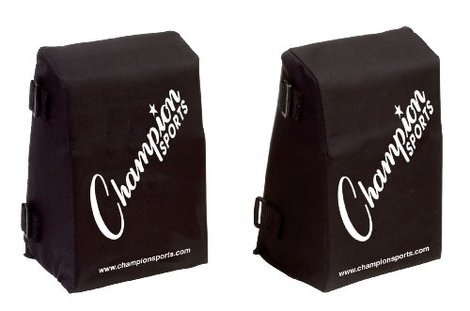 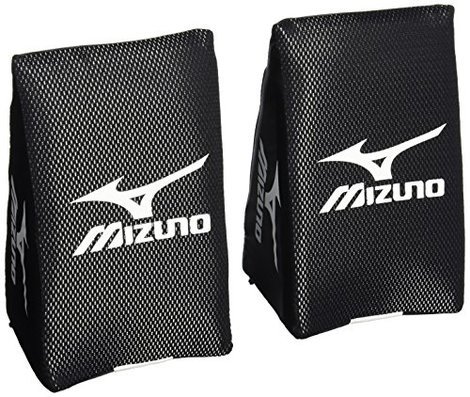 Padding set features a different shape than some others, but those who like the fit will swear by it. 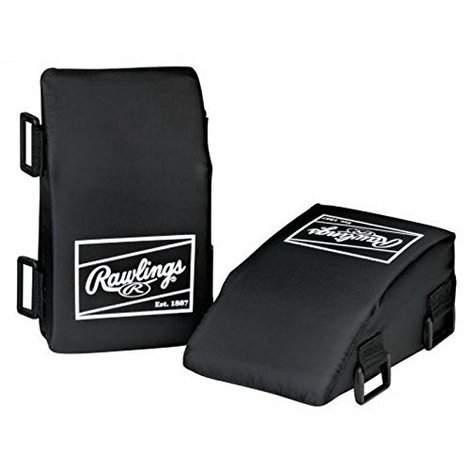 Inexpensive design that's a bit thicker than some others toward the back, providing more cushioning.