This supplement provides 600 mg of calcium and 400 IU of vitamin D3 per serving.

Contains a rich combination of calcium and vitamin D3 to help users build and maintain healthy bones and teeth. Does not include any artificial flavors, preservatives or yeast. No color added and gluten-free. Convenient tablets can be consumed once or twice daily for optimal results.

Tablets are gritty and hard, and they may be difficult for some users to swallow.

A budget-friendly calcium supplement that is easy to consume and delivers proven results.

Each gummy includes 500 mg of calcium and 1,000 IU of vitamin D3. Gummies have a pleasant natural fruit and cream flavor. Specially formulated to support adult bone and teeth health. Each serving has as much calcium as two 6-ounce glasses of milk.

Flavor may be too strong for some users. Gummies are much larger than many comparable gummy supplements. 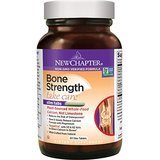 A supplement that contains plant-sourced calcium and may help reduce the risk of osteoporosis.

Supplement is 100% vegetarian. Includes calcium and other minerals that support bone strength, joint flexibility and heart health. Sold in easy-to-swallow slim tablets that provide a slow, steady release. Does not contain any animal byproducts, dairy products, or synthetic binders.

Sometimes causes nausea and fatigue after initial use. Tablets are very small. 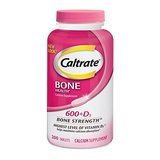 Supplement's ingredients have been shown to help users enhance bone strength over time. Includes vitamin D3 to help maximize calcium absorption. Features calcium carbonate, one of the most common forms of calcium used in dietary supplements. Tablets are easy to consume.

You probably already know you need calcium for strong, healthy bones. The question is, are you getting enough of it in your diet? Calcium supplements have almost become trendy among health enthusiasts, but not all calcium supplements are of equal value to your health.

It can be confusing when you see all the calcium supplements on the market. Some advertise bone meal or algae sources, but which one is right for you? If you’re unsure where to begin, you’ve come to the right place.

At BestReviews, our mission is to bring you the information you need to make smart purchasing decisions. We’ve put together this shopping guide to help you find your way to better bone health. 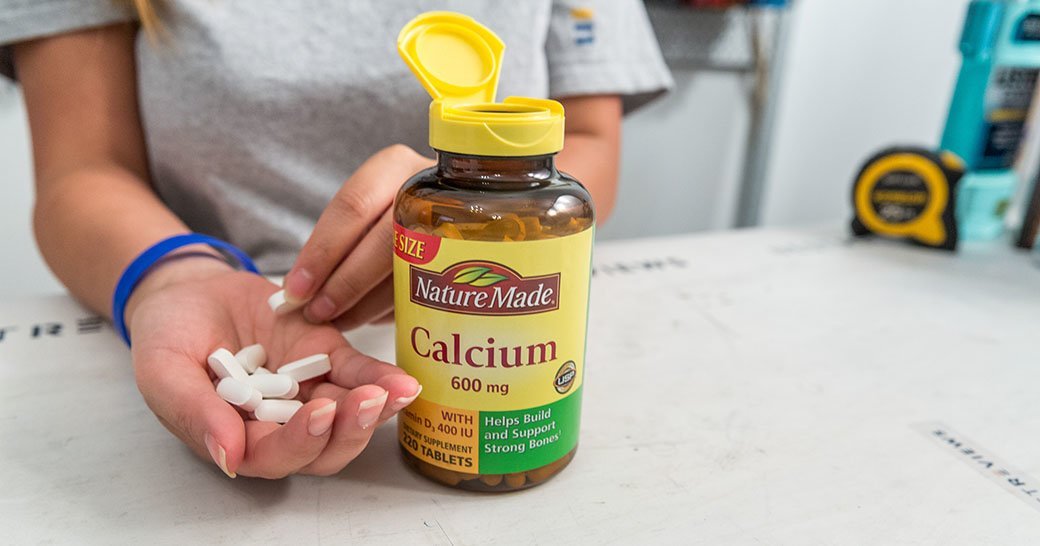 While we usually think of calcium as helping build healthy bones and teeth, it’s also essential in other ways. Calcium is used in the regulation of blood pressure, transmitting nerve signals, blood clotting, and muscle contraction.

Calcium carbonate is one of the most common and least expensive forms of calcium. It can be found in eggshells, snails, limestone, and other rocks. It’s made of 35% to 40% elemental calcium, giving it the highest calcium concentration of all the forms. However, it has a relatively low bioavailability, which means the stomach has to make extra acid in order to absorb. Consequently, the side effects can include gas, bloating, and constipation. Drinking plenty of water and taking a calcium carbonate supplement with food can prevent some of these side effects.

Calcium gluconate isn’t as common in supplement form because of its low elemental calcium levels. It’s one of two forms given intravenously by physicians in more extreme cases of calcium deficiency.

Calcium lactate has better bioavailability than many of the other forms of calcium but less elemental calcium at only 13%. Essentially, it’s easier for the body to absorb, but you don’t get as much calcium with each dose, which means you’ll need to take more of it to get the amount found in other supplements. It’s a common food additive that firms, thickens, and enhances food flavors. When it’s found in supplement form, it tends to be more expensive.

Calcium orotate is naturally found in most living organisms and can be an effective calcium supplement. It has better bioavailability than calcium carbonate, but it isn’t as common in calcium supplements because it’s more expensive to produce.

Oyster shell calcium, dolomite, and bone meal are often advertised as natural forms of calcium. However, these forms have been shown to have high concentrations of toxic metals like lead.

Risk of calcium deficiency: You might have low calcium if any of these apply to you.

Your physician might also recommend a calcium supplement if you’re a pregnant or postmenopausal woman. Calcium for osteoporosis prevention is often recommended for women over 50 and men over 70.

Keep in mind that too much calcium can be dangerous, too. The average adult needs 1,000 mg per day, but it can vary based on your age and risk factors.

It can be hard to identify exactly how much elemental calcium is in a supplement. Some manufacturers include it on their labels, but others don’t. You can look at the recommended daily allowance (RDA) and calculate how much calcium you’re actually getting. The average person needs 1,000 mg per day, so if a label reads 20% of the RDA, you’re getting 200 mg of elemental calcium per dose.

Some calcium supplements can cause side effects, such as gas, constipation, and/or bloating. Drinking water or eating food can sometimes help. If you find the side effects too uncomfortable, try a different supplement or talk to your physician about another way to get your calcium.

Depending on the form, you can expect to pay from less than $0.05 to $0.25 or more per pill for calcium supplements.

Inexpensive: Supplements using calcium carbonate and calcium citrate start at less than $0.05 per pill. The supplements might include additional nutrients like vitamin D or magnesium.

Mid-range: At $0.05 to $0.15 per pill, you’ll find calcium supplements with calcium carbonate, calcium phosphate, and calcium citrate. Some of these supplements contain several forms of calcium.

Expensive: Supplements that cost $0.15 to $0.25 per pill usually contain calcium carbonate, calcium citrate, and calcium phosphate. But at this price, you’re likely to find supplements with other nutrients like vitamin D, vitamin K, and/or magnesium. You’ll also start to see supplements advertised as organic, vegetarian, and vegan.

Premium: At over $0.25 per pill, there are many organic, vegan, and vegetarian options. These supplements derive their calcium from algae, such as seaweed.

Some supplements are better absorbed when taken with food, while others require no food at all. Read the directions on the packaging for instructions and proper dosage. 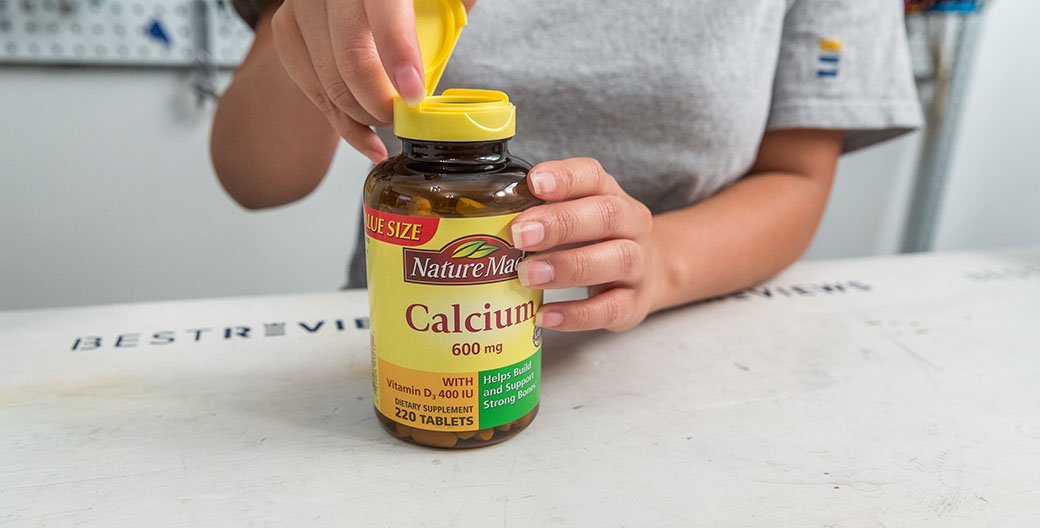 In nature, calcium only exists when combined with other substances. Each calcium compound has different amounts of elemental calcium. Elemental calcium is the amount of pure calcium in the compound.

Q. What do I need to know about calcium and vitamin D?

A. Without vitamin D, your body can’t create the hormones necessary to absorb calcium from your diet. Your body will start to use the calcium already found in your bones, weakening your body.

Q. What about supplements made from algae? Are they healthier?

A. Calcium supplements derived from algae, such as seaweed, are advertised as organic, natural, vegan, and/or vegetarian. These supplements usually get their calcium from red mineral algae, which is only found in specific locations around the world. The algae absorbs calcium and other minerals throughout its lifetime. After the algae dies, the remains can be harvested and processed for the calcium carbonate. The difference between this source of calcium carbonate and other more direct forms is the additional minerals absorbed by the algae. Strontium, silica, and vanadium are only a few of the additional nutrients found in supplements derived from algae. The manufacturers claim this form of calcium is more natural and readily absorbed than other supplements. However, at this point, these claims are unsubstantiated.

Q. Why do I have to take two or three calcium supplements per day? And why can’t I take them at the same time?

A. The body can’t absorb much more than 500 mg of calcium at once. Therefore, to get a full 1,000 to 1,200 mg per day, you might need take more than one supplement per day. The supplements will also need to be taken at different times to allow your body to absorb the nutrients.

Other Products We Considered
The BestReviews editorial team researches hundreds of products based on consumer reviews, brand quality, and value. We then choose a shorter list for in-depth research and testing before finalizing our top picks. These are the products we considered that ultimately didn't make our top 5.
Naturelo
Bone Strength - Plant-Based Calcium Complex
Garden of Life
Vitamin Code - Raw Calcium
Nature Made
Calcium 500 mg Gummies
New Chapter
Bone Strength - Slim Tabs
Garden of Life
mykind Organics - Organic Plant Calcium
The team that worked on this review
×

This supplement provides 600 mg of calcium and 400 IU of vitamin D3 per serving. 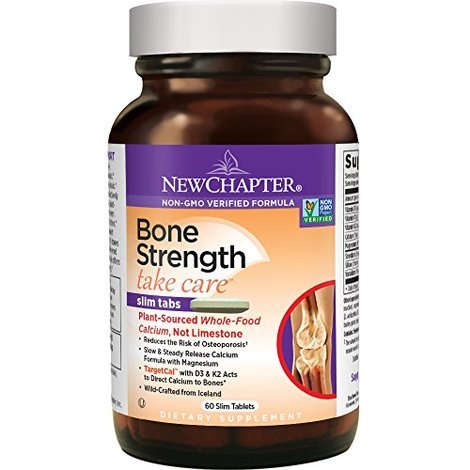 A supplement that contains plant-sourced calcium and may help reduce the risk of osteoporosis.

A budget-friendly calcium supplement that is easy to consume and delivers proven results. 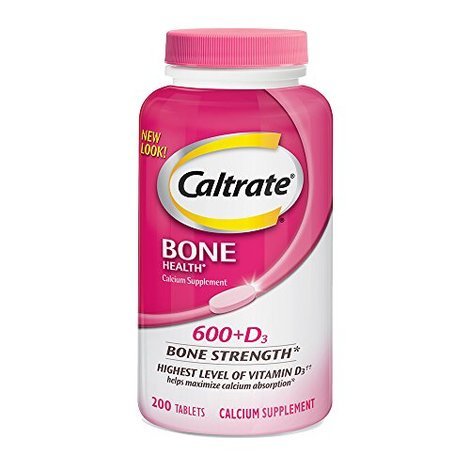 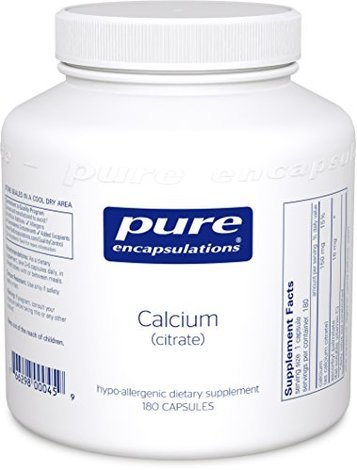