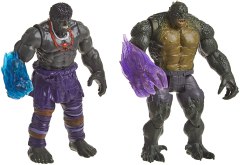 This 2-pack of tough action figures is an extra-fun deal because playing with your favorite Avenger is even better when you also get a monster to battle in the same box.

Not for kids 3 and under. 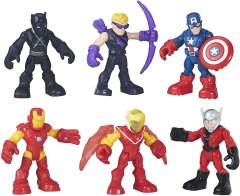 A 6-pack of classic Avengers heroes is a fantastic gift, as it includes a large chunk of the legendary superhero team in one convenient set.

Doesn’t include any villains to fight.

The super-sized Hulk Hot Wheels car sporting a pair of big green fists is more than enough to win over hardcore Avengers fans, making this an excellent gift.

Note these are the same size as all other Hot Wheels cars. 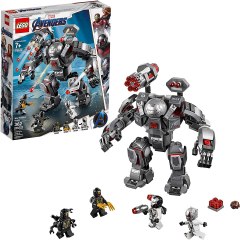 Sadly, the War Buster armor wasn’t in any Avengers movies...yet. 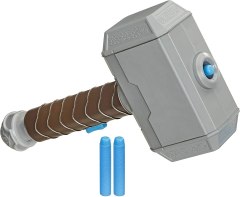 This interactive Thor hammer is squishy, ruggedly made, and sports an engaging design that ensures little Avengers fans will enjoy safely “smashing” things for hours on end.

A button-only firing option would have been nice.

But every kid (and adult) has a particular reason why they like the Avengers. This can make it tough to find the right toy: you don't want to buy a Thor action figure for an Iron Man fan. Have no fear! Just like the Avengers themselves, we're here to help. In our buying guide, we give you a quick briefing on the major team players and dip into the different types of Avengers toys available. We also delve into why playing is important to a child's development. 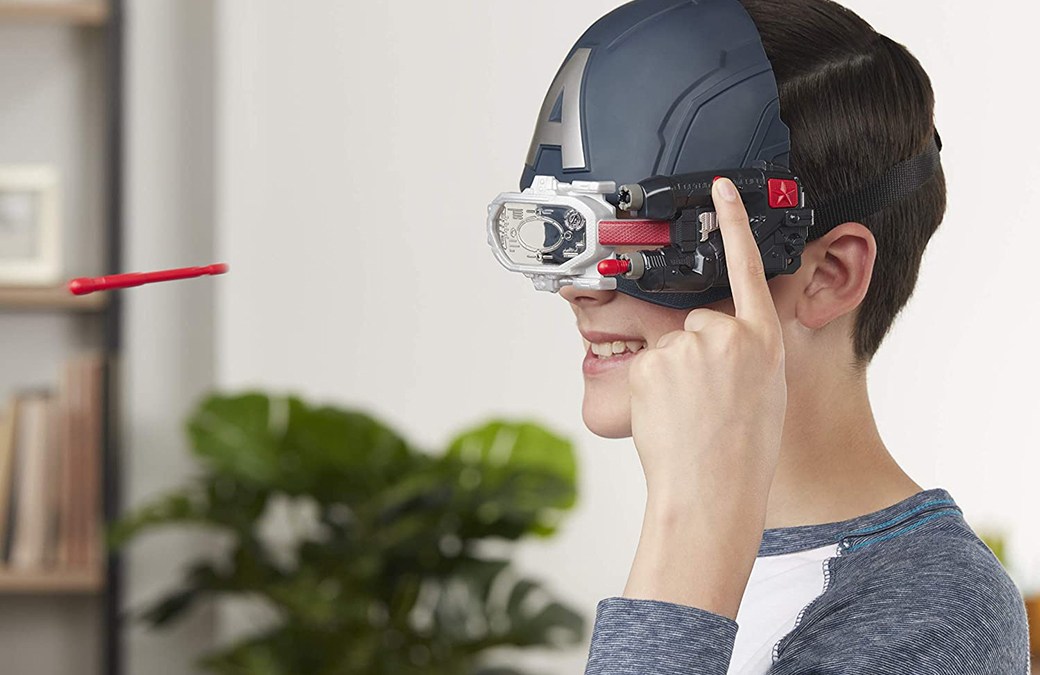 If you’re uncertain which character to purchase, Captain America and Iron Man are tied for the most popular Avengers, with Thor coming in a close third.

There are a lot of superheroes, and many don't reside in the same universe as the Avengers. To help get you started, here is a short guide to ten of the main players in the Marvel Cinematic Universe (MCU).

Ant-Man: Ant-Man wears a special suit that allows him to shrink or grow and gives him increased strength and agility and the ability to control ants.

Black Panther: He is king and protector of Wakanda. Combining enhanced physical abilities with the incredible technology of his suit, he is one of the most fearsome fighters in the Marvel Cinematic Universe.

Black Widow: She is a super spy and skilled martial artist who possesses exceptional agility and athletic abilities. Her advanced weaponry makes her a formidable opponent.

Captain America: He is a man who agreed to receive the Super-Soldier formula, giving him enhanced agility, strength, speed, endurance, and reaction time. In short, he represents the peak of human abilities.

Captain Marvel: She is basically MCU’s answer to Superman. An earthling imbued with the power of an Infinity Stone, she not only has superhuman strength, speed, stamina, and agility, but she can also fly and shoot power beams out of her hands.

Hawkeye: He has no superpowers; he is a man who has trained to be the very best at what he does. He is an athlete, an incredible marksman, and a remarkable trick shot.

Hulk: When Bruce Banner transforms into the Hulk, he has unmatched strength, and his body has increased durability and remarkable regenerative powers. Also, the angrier he gets, the stronger he becomes.

Iron Man: The man inside the suit is a genius. Iron Man's powers are whatever Tony Stark can imagine. He can fly, shoot beams of energy from his palms, and has super strength. Also, the suit gives him super speed and makes him nearly invulnerable to injury.

Spider-Man: Spider-Man is witty teen Peter Parker who was bitten by a radioactive spider and gained super speed, incredible strength, remarkable agility, and an uncanny spider-sense that warns him of danger. He also has a brilliant scientific mind.

Thor: Besides having strength that rivals the Hulk’s, as well as super speed, agility, and immunity to disease, Thor has an enchanted hammer called Mjolnir. With this weapon, Thor can control storms and generate unfathomably powerful blasts of energy. 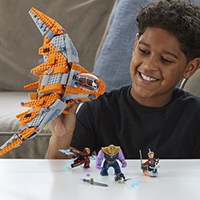 Did You Know?
If your child wants a bad guy for the heroes to battle, Loki is by far the most popular MCU villain.
Staff
BestReviews

Another element to think about when purchasing an Avengers toy is what your child likes to do for fun. Here, we’ve categorized different types of toys to help you better see your options.

Comics: The Avengers began as comic books. If your child likes to read, there are many options ranging from Level 1 reading and Little Golden Books to novels.

Plush toys: Who would have imagined Thor's hammer as a soft plush toy? It's available, as is Captain America's shield. Just about every Avenger is available in plush form, so if you have a younger child, this might be the way to go.

Arts and crafts: If your child loves to draw, color, paint, or create in any way, consider an Avengers activity set. There are many options in this category, and these are some of the most affordable toys as well.

Action figures: The most popular Avengers toys are action figures. Kids can position them to engage their imagination and create their own adventures. Just make sure you purchase the character that your child likes or it could wind up unused.

Vehicles: A younger child may enjoy a Spider-Man car that’s large enough to sit on and ride. An older child might gravitate toward a collection of Avengers-themed Hot Wheels or even an RC car.

LEGO sets: Everyone loves LEGO. There is no shortage of LEGO sets when it comes to the Avengers. If your child likes to build, an Avengers LEGO set is a highly desirable option.

Games: Whether your child's favorite game is Connect 4, Monopoly, Risk, Chutes and Ladders, Uno, or chess, there's an Avengers-themed version available. Any one of these items would be perfect for family game night.

Costumes: Who wants to play with action figures when you can actually dress up as your favorite Avenger and save the day yourself? These costumes can be as simple as a mask or they might include accessories like blasters or Hulk hands. If your child has a lot of energy to burn, this might be the best option for you.

Bedding and pajamas: Everyone likes to snuggle, and heroes make us all feel a little safer. Why not combine the two and get an Avengers-themed blanket or pajamas so your child feels safe at night? 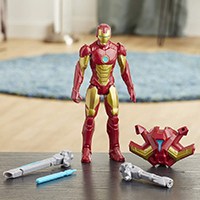 Did You Know?
The award for the smartest Avenger goes to Tony Stark. If your child likes genius heroes, Iron Man is the one to choose.
Staff
BestReviews

Inexpensive: For $15 or less, you can find a wide range of Avengers toys, including activity books, puzzles, action figures, inexpensive masks, and small craft kits.

Mid-range: In the $15 to $50 range, you have the most options. Nearly anything you can imagine can be found at this price, including LEGO sets, more elaborate costumes, RC vehicles, Avengers-themed playsets, and more. This is the first place to look for a quality Avengers toy.

Expensive: Moving above the $50 price point, you’ll find bigger LEGO sets, more elaborate toys, and collectible items. In general, many (but not all) of the toys in this price range are for older kids or adults who have a budget to purchase toys that have greater value when they remain untouched. This isn’t the best price range to explore if you’re buying a toy for a child. 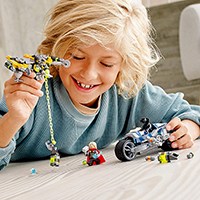 Did You Know?
As far as sidekicks go, Groot, the sentient tree-like creature, easily reigns supreme in this category.
Staff
BestReviews

Benefits of playing with toys

When evaluating playtime in terms of its importance in childhood development, it often gets a bad rap. It can be deemed frivolous by some and turned into a pastime instead of a priority. Here are a few reasons why playing with toys is important. 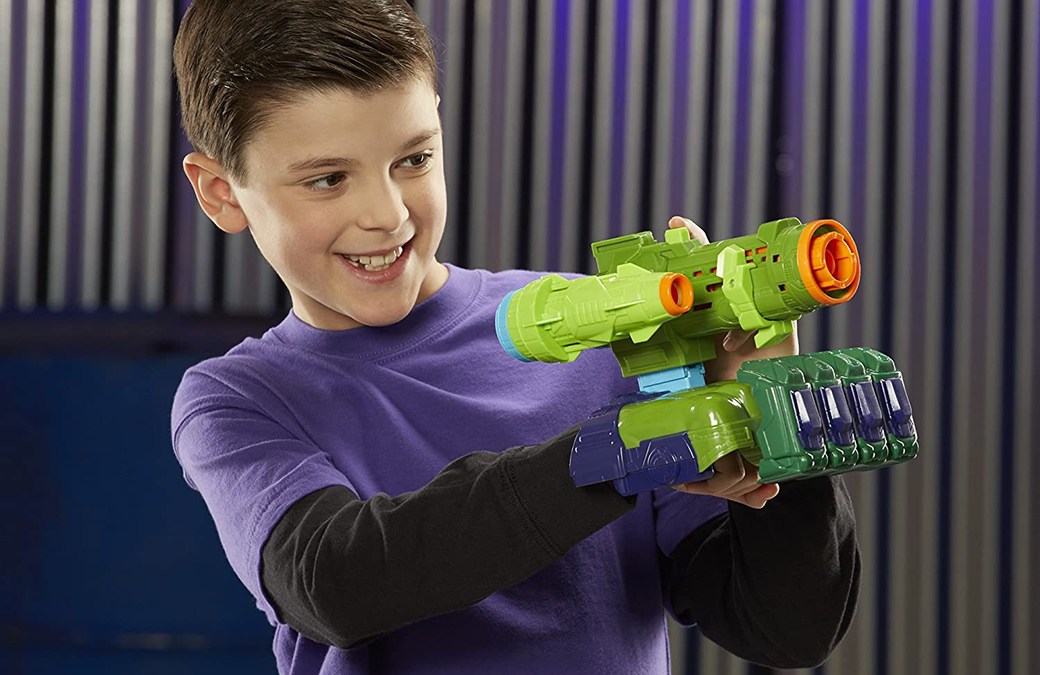 As far as pure muscle power goes, if your child wants to play pretend as the strongest Avenger, that would be the Hulk.

Q. Are Batman and Superman Avengers?

A. No. The two largest comic book companies in the world are Marvel and DC. The Avengers are from Marvel. Batman and Superman are from DC. If your child wants an Avengers toy and you purchase a Batman or Superman toy, you will have the difference between the two universes explained to you.

A. Some are and some aren't. As you may have gathered from reading this buying guide, there are a lot of Avengers-themed toys available. Some of them include tiny pieces that could pose a choking hazard for very young kids. To be certain a toy is safe or appropriate for your child, always check the manufacturer's age recommendations.

Q. Is playtime really that important for kids?

A. According to experts, play is so important to a child's development that one professor of pediatrics at Harvard Medical School states, “We're recommending that doctors write a prescription for play because it's so important.” Engaging in playtime is beneficial to a child's "social, emotional, language, and thinking skills." 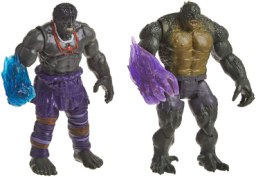 Best of the Best
Hasbro
Marvel Gamerverse: Avengers Hulk vs. Abomination
Bottom Line
This 2-pack of tough action figures is an extra-fun deal because playing with your favorite Avenger is even better when you also get a monster to battle in the same box.
Shop Now 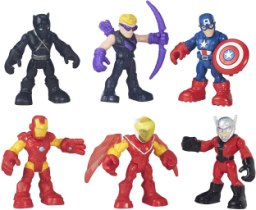 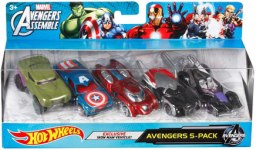 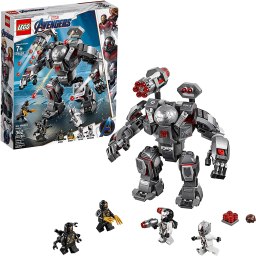 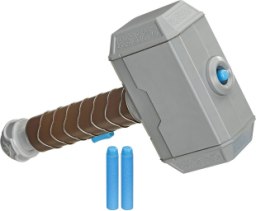 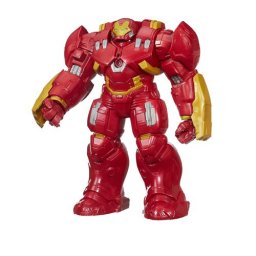 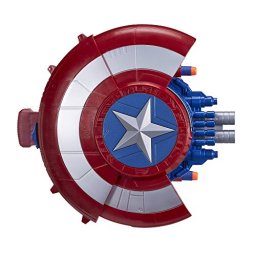 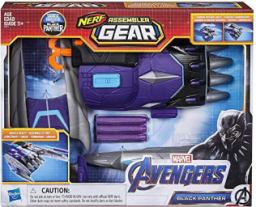