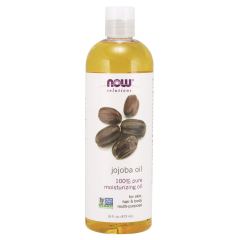 A naturally processed and spa-like treatment for most skin types and conditions. 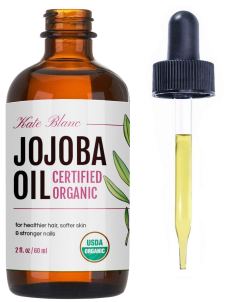 Reviewers love the Peruvian blend of saturating oil. Delivers nutrients and photo-ready shine to hair. Easy to mix in with daily skincare routines as well. High marks for its effectiveness as a night oil.

Test small patches first to make sure the oil is right for you. 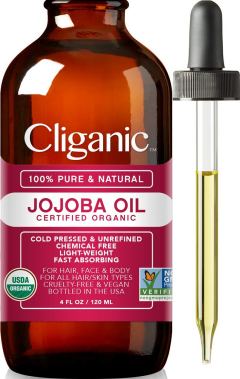 Multiple reviews claim miracle-like capabilities such as reducing blemishes, wrinkles, and split ends. We love that it's beneficial to both men and women. Doesn't just soothe skin, but has calming effects as well. Appreciated by those who make their own oils.

Do not expect this oil to heal multiple skin conditions at once. 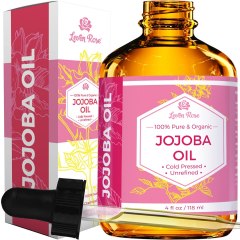 Produced and packaged in the USA and beneficial for conditions from ordinary dryness to psoriasis.

Works great as a cleanser and moisturizer. Ideal for conditioning hands and nails. Reviews suggest it soaks into skin better than other oils, including coconut and argan oils. We love the infusion of natural ingredients.

On the thicker side in terms of oil texture. 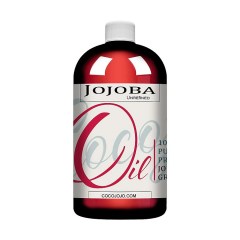 This natural product works great as a massage oil and has many other helpful skin and hair benefits.

Some of the customers received smaller sizes than expected.

Perhaps you’ve noticed jojoba oil showing up in the ingredients list of your skin and hair care products — but what exactly is it? Jojoba oil isn’t actually an oil at all; it’s the liquid produced from the jojoba plant. Because of the liquid’s similarity to sebum, it’s effective for treating several skincare conditions, from psoriasis to acne. It’s also effective in stimulating hair growth and unclogging hair follicles.

Before you buy this wonder “oil” however, there are some factors you’ll want to keep in mind. While it’s very possible to buy jojoba oils produced in the United States, jojoba plants today are also grown in Argentina, Chile, and Mexico. Plenty of jojoba oils are blended with other oils. Depending on the oil’s texture and ingredients, some are better suited for certain skin conditions than others.

The jojoba plant’s scientific name is Simmondsia chinensis, and it is native to North America. The shrub originates from the Baja California Desert, the Sonoran Desert, California chaparral and woodlands, and the Colorado Desert. In some climates, the jojoba plant grows nuts that feed the local animal populations.

The liquid from a jojoba plant is actually a wax. Scientifically, jojoba liquid is an ester, a chemical compound found in animal fats and vegetable oils. For centuries, Native American populations used jojoba oil to treat sores and heal wounds. The liquid became more broadly popular during World War II, when it was a common additive to motor oil and transmission oil. Jojoba oil gained even more popularity in the 1970s, when it became a replacement for sperm whale oil.

Jojoba oil comes from jojoba seeds, which are cold-pressed into a mechanic expeller. Once prepared, jojoba oil is ready to use for all kinds of cosmetic and medicinal purposes.

There are several ways you can use jojoba oil on your face:

For your body, you can add some drops of jojoba oil to your everyday lotion. Alternatively, you could apply it on its own when you’re fresh out the shower, while your skin is still damp.

To treat your hair, put a few drops of jojoba oil into your shampoo, conditioner, or even on your hair brush. It can strengthen hair follicles, so consider adding it to your routine if you suffer from hair loss.

Jojoba oil should include one obvious ingredient: jojoba oil. An oil with organic certification is often preferred, as that means the jojoba plant grew in optimum conditions.

If you ask a jojoba purist, unrefined (cold-pressed) jojoba oil is of higher quality than refined jojoba oil, which is heated and filtered in the extraction process. That removes many of its natural properties. To cut costs, some companies may blend unrefined jojoba oil with refined jojoba oil. If you prefer a completely unadulterated product, be sure to check the ingredient label first.

The scent of jojoba oil depends on the type and location of the plant it was extracted from. In general, unrefined jojoba oil should have a slightly nutty odor. Refined oil will likely carry no scent.

The color can range from light yellow to rich gold. As with scent, much of this depends on the type of jojoba plant the oil originates from, the soil conditions of the plant, and how the oil was extracted from its seeds. Refined jojoba oil tends to be on the paler side due to the more industrialized extraction process. Unrefined jojoba oil will have a deep golden hue.

Refined or unrefined, all high-quality jojoba oils should be free of visible impurities. A lower-quality oil may include sediment that has settled at the bottom of the bottle.

Caution
Aside from a rash or allergic reaction, jojoba oil has few side effects. Remember to do an allergy test before using jojoba oil extensively.
STAFF
BestReviews

Jojoba oil runs anywhere from $3 to $40 depending on quantity, whether or not it’s refined, and organic certification.

Oils under $10 usually contain one to two ounces of liquid, often in an amber bottle with a dropper. Larger quantities in this price range are contained in a plastic bottle. The container and amount aren’t always indicative of oil quality, but keep in mind that jojoba grows in limited quantities. An eight-ounce bottle for under $10 is likely refined jojoba oil or diluted with refined jojoba oil.

You’ll encounter more unrefined jojoba oil options in the $10 to $20 price range. These jojoba oils are more likely to have the USDA seal of approval. An imported jojoba oil may cost more, too. Most bottles in this price range include four to 12 ounces of product.

Bottles that are $20 and above tend to contain 16 ounces or more. You’ll find even more organic and unrefined bottles at this price point. You can also find blends with collagen, retinol, and other anti-aging substances. 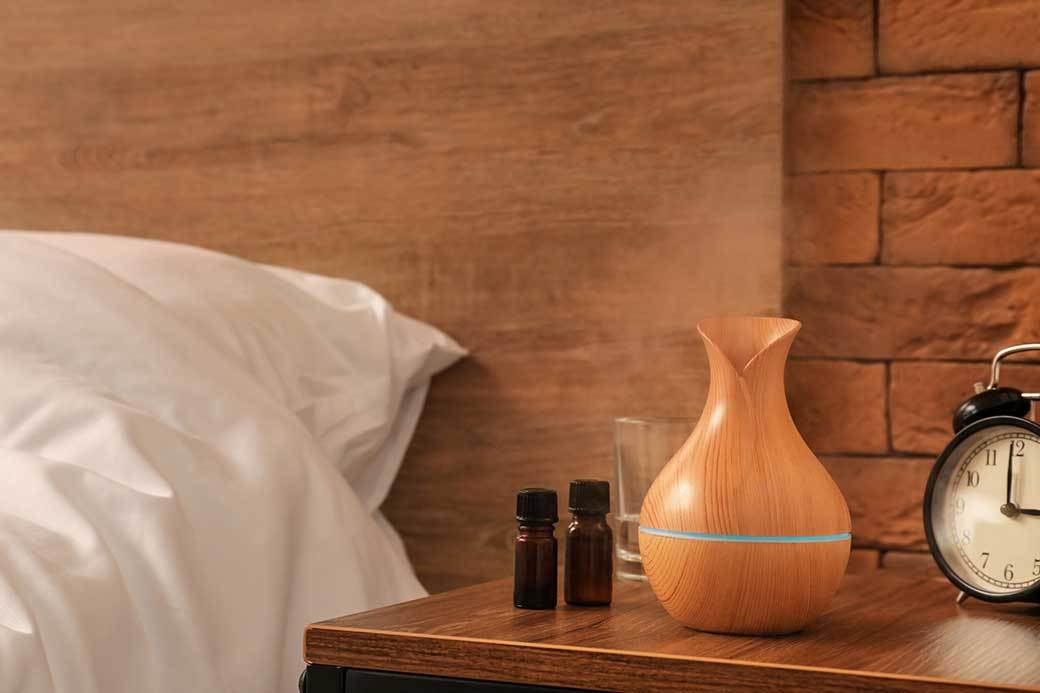 Jojoba oil is a popular carrier for essential oils, and for good reason: its scent is very subtle if noticeable at all, it’s hypoallergenic, and it won’t stain clothing.

A. Jojoba oil has a long shelf life that is comparable to that of vegetable or canola oil. If stored well (i.e. in a cool, dark place) it can last up two two years and even longer if refrigerated.

Q. Can jojoba oil be ingested?

A. Jojoba oil is not an edible substance and shouldn’t be ingested or used internally. The liquid contains erucic acid, which can cause heart damage.

Q. Will jojoba oil give me breakouts?

A. Jojoba oil is non-comedogenic, meaning it won’t clog your pores. Generally speaking, jojoba oil shouldn’t cause acne. But everyone’s skin is different, so we recommend testing a tiny amount on a patch of your skin before integrating jojoba oil into your routine. 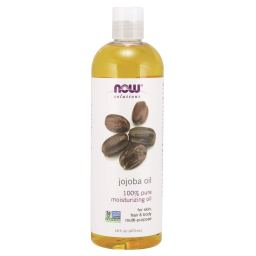 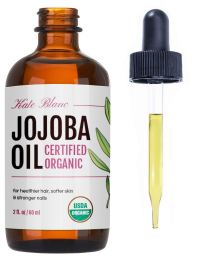 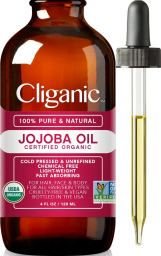 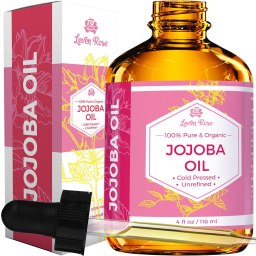 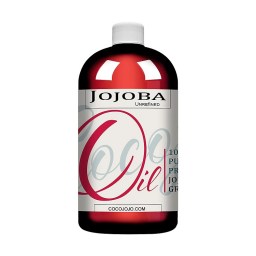 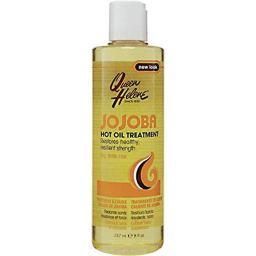