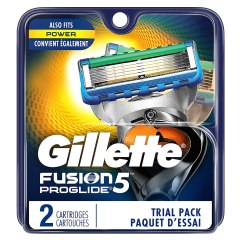 Versatile 5-blade razor with unique Flexball Technology to get even the smallest hairs while keeping skin smooth.

Industry favorite for close shaves and stylish safety and precision. Lubricating strips allow the razor to glide over the buyer's skin while comb gets nearly every hair along the way. Get those small, hard-to-reach areas without the need for extra stress and accessories.

Expensive refills and a bit hard to find cheaper alternatives.

One of Gillette’s most trusted razors for daily shaves and standard upkeep. Buyers claim to have kept the Mach3 handle for years at a time while returning to the Mach3 as soon as the last one gave up. Equally great for beards, legs, shoulders, heads, and whatever else needs shaving.

Not quite as smooth, precise as more expensive brands and models. 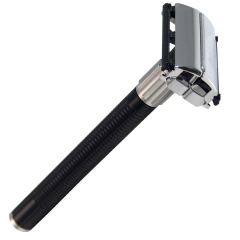 A bit of a throwback in terms of design, but it provides a great shave, and you can use inexpensive replacement blades.

Affordable double-edged razor with an ergonomic design and angled blades for max comfort without cutting things too close. Built to work with standard bargain razors, meaning users with a favorite type can easily make the plunge without throwing out their old disposables. 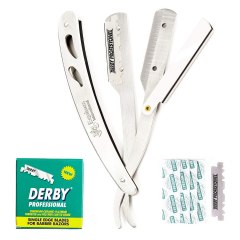 Straight razors are a vintage, practical choice for the closest shave imaginable.

Straight razors are among the oldest means of cutting hair, and Equinox is among the most trusted brands on the market. Get a closer shave with more precision while many buyers note the satisfaction of shaving like they did so many years ago.

Straight razors do not have all the safeguards of a standard hand razor, so cuts are likely as you get the hang of it. 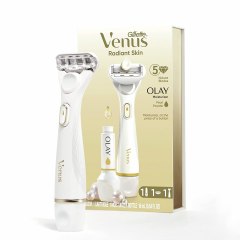 Reliable razor from a trusted brand, excellent for women with sensitive skin.

Excellent razor for women with sensitive skin. Infused with natural ingredients that refresh and replenish dry and tired skin. Reduced gradient for a smoother shave each time.

Moisturizing foam-infused razors may turn off some users.

Razor technology has come a long way since the first straight razors. Today, you have your choice, from simple safety razors to advanced electric razors with multiple settings. However, choosing the wrong type of razor can lead to a subpar shave.

With so many razors on the market, finding the right one for your skin can be confusing. Why are five blades better than three? Which type really offers the closest shave? And is that low-priced drug store razor actually a good choice? 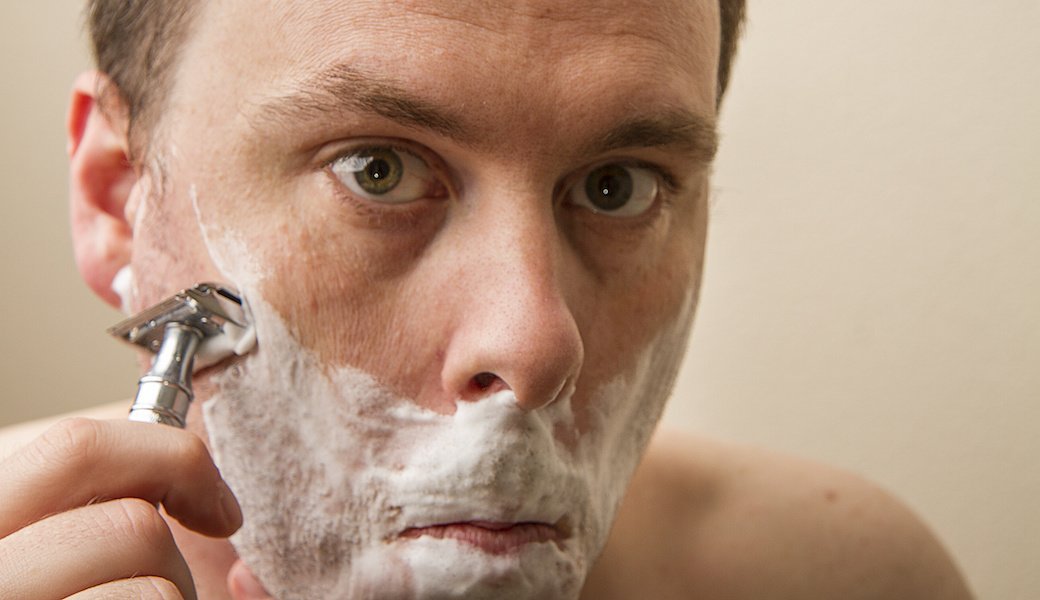 Use short, light strokes when shaving with a safety razor to avoid cutting yourself.

There are four main types of razors for the face: disposable, safety, straight, and electric.

As the name implies, you throw out a disposable razor when the blades begin to dull. There are two varieties of disposable razors. The first has replaceable blade cartridges that you swap out, keeping the razor handle. The other type is entirely disposable and usually comes in a pack of multiple razors, so you simply switch to a new one when the old razor dulls.

But these razors have drawbacks, too. Disposable razors start to dull after just a few uses, and this can lead to skin irritation. It also means you’ll have to replace the blades or razor often. Not only does this get expensive, but it’s also bad for the environment because all those old plastic razors end up in landfills.

Also known as a double-edge razor, the safety razor is an old-fashioned tool that has made a major comeback in recent years. Why? Because it provides a clean, close shave with fewer nicks. Plus, the low cost of replacement blades makes it one of the most affordable options over the long term.

Safety razors lock the blade at a restricted angle, which keeps you from cutting yourself. But this also limits the razor’s maneuverability. Unlike razors with tilting heads that adjust to the curvature of the area you’re shaving, safety razors require you to constantly re-adjust the angle of the blade. This can make it difficult to get a close shave on the more angular parts of your face like your jawline.

Straight razors have also made a resurgence in the last few years. They’re known for providing a very close shave and being gentle on the skin (once you know what you’re doing). You will have to sharpen the blade periodically with a type of leather belt called a strop, but as long as you maintain it, a good straight razor can last you a lifetime.

The upfront costs for this type of razor are high, though. You should also be prepared for a steeper learning curve. If you’ve never used a straight razor before, you can expect to cut yourself a few times at first. Even once you get the hang of it, you’ll find that it’s a slower process than using a disposable razor.

Electric razors are ideal if you need something that gets the job done quickly. They’re a great choice for travel, and you can use them with or without shaving cream. Most are battery-powered and enable you to get several shaves out of a single charge. They are more expensive than a disposable razor upfront, but you don’t need to replace the blades as often, so they end up being cheaper over the long term.

You will need to shave more often with an electric razor, though. Electric razors don’t cut as close to the skin as the other types of razors. It’s not uncommon for electric razors to need more than one pass to fully remove hair. Skin irritation is also a common problem with these razors.

Razor manufacturers often give the impression that more blades mean a closer shave. But that isn’t always true. For example, a straight razor provides the closest shave of all, and it only has a single blade.

However, when it comes to disposable razors, there is some truth to the idea that more blades make for a better shave. Most multi-blade razors work using a combination of blunt and sharp blades. The first blade is blunt and grabs the hair and pulls it up so the second, sharp blade can cut it as close to the skin as possible. Any blades that come after repeat this process to pick up any remaining hair. The hair then retracts back into the follicle below the surface of the skin.

More blades enable you to cut more hair closer to the surface without needing to go back over the same spot multiple times. But they can also cause more nicks, so it’s important to be careful when you’re using a razor with multi-blades. A razor with multiple blades also has a larger razor head. This can make it more difficult to control the razor, especially when you’re using it on areas with sharp curves.

Caution
Disposable razor blades can trap hair and skin oils between the blades, which can cause bacteria to grow. This is another good reason to make sure you’re changing out your blades frequently.
STAFF
BestReviews

When choosing a razor, it’s important to consider how often you’ll need to replace the razor or its blades. Disposable razors are usually only good for five to 10 shaves each. After that, they begin to dull and can cause more nicks. If you’re shaving every day, that means a disposable razor will only last you about a week or two. The same is true for safety razor blades, but because they are double-sided, you can get twice as many uses out of them.

With electric razors, most manufacturers recommend replacing the blades or foils about every 12 to 18 months. Replacing these blades is a little trickier than snapping a new cartridge on a disposable razor, but once you’ve done it once or twice, you should get the hang of it. Your electric razor’s instruction manual will explain the process.

The blade on a straight razor should last indefinitely if you take care of it properly.

Did you know?
You cannot pack a safety razor or straight razor in your carry-on luggage when you fly.
STAFF
BestReviews

The price of a razor varies significantly depending on the type. When choosing a razor, you also have to weigh the benefits of a higher upfront cost in exchange for lower long-term costs.

These usually come in a multi-pack with three to five razors or replacement cartridges. They often cost less than $5 per pack. This may seem like a good deal, but over a year, the costs can add up. Assuming you shave once a day and the average razor lasts you five shaves each, that means you’ll need 73 disposable razors to get you through the year. In packs of three, you’ll need 15 multi-packs. At $5 each, that comes out to $75 per year.

These have a bigger initial investment. It’s not uncommon to pay about $40 for a quality handle. But replacement blades usually cost $0.20 each, and you can use both sides of the blade, which extends their usage. Assuming a $0.20 cost per blade, you’re looking at around $50 for your first year using a safety razor and about $8 for every year after that.

These range in price from under $15 to over $500. If you’re looking for a quality blade that will last you many years, you should aim to spend around $100 to $150. That may seem pricey, but it’s actually a bargain when you consider that you’ll never have to buy replacement blades.

Electric razors can cost anywhere from $20 to well over $100. We recommend spending at least $50 on a quality unit. Once you pay the upfront costs, though, you’ll only have to pay for replacement blades about once per year. These usually run from about $15 to $30 each.

Before you purchase a new razor, you should look into the cost of replacement blades, and price out how much the razor will cost you each year.

Q. Which type of razor is best for sensitive skin?

A. It’s a matter of personal preference. Modern disposable razors come with lubricating strips to provide a gentler shaving experience, but some find this type of razor actually causes more irritation because the blades can also remove a layer of surface skin. Safety razors are a nice alternative for those with sensitive skin because they are less likely to cause breakouts and razor burn.

Q. What is the best type of razor for dry shaving?

A. Electric razors are best for dry shaving. They don’t cut as close to the skin as the other types of razors, so they’re less likely to irritate your skin when used without shaving cream.

Q. Which type of razor is best for a beginner?

A. Disposable razors are the easiest to use and maneuver, so you may want to start out with one of these until you get the hang of shaving. 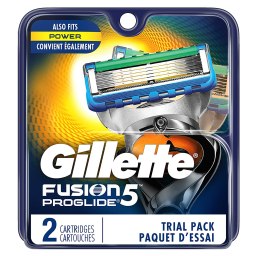 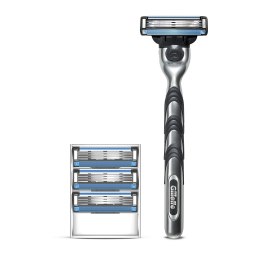 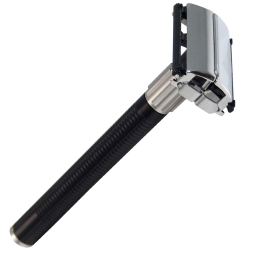 Top Pick
Feather
Double Edge
Bottom Line
A bit of a throwback in terms of design, but it provides a great shave, and you can use inexpensive replacement blades.
Shop Now 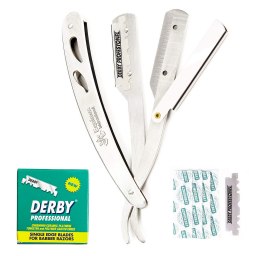 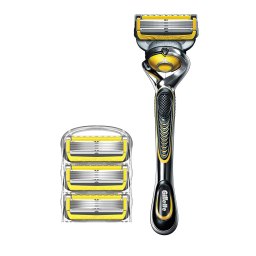 Top Pick
Harry's Shave Club
Truman Razor
Bottom Line
This razor can be purchased with a membership that not only replenishes blades but provides discounts on things like shampoos and face washes. Performed well during our test.
Shop Now