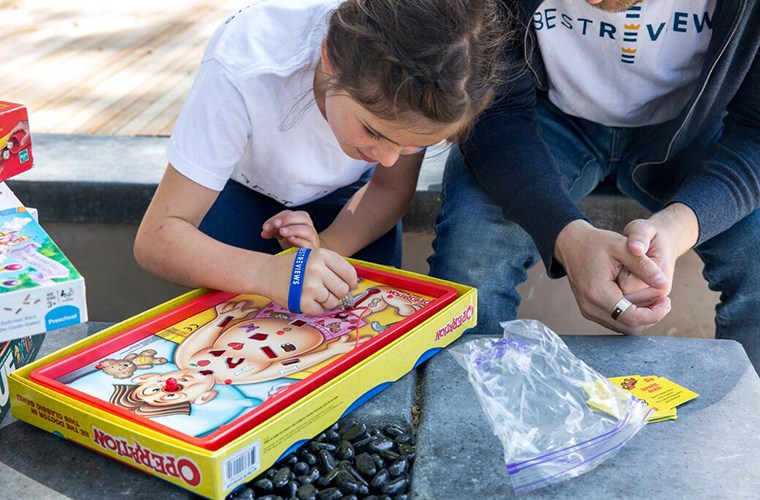 Regardless of when they debuted, there are those childhood games that endure for decades, continuing to capture the imagination of kids of every generation. Often simple, these toys were embraced by children who would later share them with kids of their own.

Some popular toys made their way to films and TV, while others ignited toy franchises that dominate the world today. The toys that are most attractive to kids today may have first appeared 20, 50 and even 100 years ago.

At 70 years old, Mr. Potato Head is a simple and beloved toy that has lived in children’s hearts, as well as kids movies, for decades. This set features the Potato Head couple with 24 pieces to interchange, stored conveniently within.

Celebrating 100 years of entertaining kids are Lincoln Logs, the quaint building toys that foster creativity and coordination in budding youngsters. This set features over 150 pieces as well as a pair of cowboy and horse figurines, all in a convenient storage tin.

This inventive, challenging toy is geared toward older kids, testing their balance, coordination and patience. The goal is simple: navigate the ball through the maze to the end without dropping. It's no easy feat, and there's plenty of replay value.

Play-Doh has long offered kids a safe, colorful way to build and create using malleable modeling compound. This pack features 10 shades of the nontoxic toy to mix and match.

A popular game from a trusted name that’s spawned many variations, classic Operation puts kids' coordination to the test. Kids use tweezers to remove various parts of Sam without touching the edge and turning on the buzzer.

While there are countless Lego sets for kids and adults, many depicting characters and stories from pop culture, the first Lego bricks offered a simple outlet for creativity. Instead of a specific outcome, check out this collection of 1,500 bricks to make something unique.

This game enjoyed by both kids and adults tests control and cunning, making for heightened tension and a dramatic finish. Players take turns removing blocks from the structure and placing them on top, daring the tower to hold.

This activity from Playskool, a beloved name in children’s toys, offers modest thrills for younger kids. With a colorful, durable design, the Sit 'N’ Spin lets kids control how fast they move for endless indoor fun.

While there isn’t much to this simple novelty toy, it's still a staple of childhood, fostering intrigue and plenty of humor. You simply ask a yes-or-no question, and with a shake, it brings forth an answer.

Army sets let children create scenes big and small, wielding their imaginations and storytelling abilities. This large set with over 100 pieces features two sides of forces as well as airplanes, tanks, helicopters and terrains to build an elaborate encounter. It also comes with a handy storage container.

Children flock to Cabbage Patch dolls for their cute appearance and soft yarn hair. An adoption certificate helps solidify the bond between kids and their new dolls.

Nerf is celebrating 30 years of colorful, playful blasters, releasing an updated version of its very first release. With a retro design, this simple toy blaster shoots off one soft Nerf dart and holds two others for adventurous play.

Hot Wheels continues to be the popular toy car brand for many kids, with sleek, durable cars that allow for action-packed playtime. This playset features a car and an elaborate track that defies physics, making for a terrific starter set that welcomes more tracks and vehicles.

The beloved leader of the Autobots, Optimus Prime is still as popular as he was when he broke onto the toy scene in the 1980s. Colorful and inventive, this was among many Transformer action figures that let children move parts around to create two different toys.

This game looks like it's from a bygone era, but its simplicity still creates fun for kids today. While it can be played with friends, it can also be enjoyed by oneself, testing memory in this tense educational activity.

Hasbro's Nerf water blasters are as popular as its indoor dart toys, with Super Soakers making for wet and wild fun outdoors. This soaker evokes the earliest offerings, with a simple pump and smaller water reservoir, welcoming kids ages 7 and up.

One of the oldest, simplest toys that are still popular, the Slinky is famous for its hypnotic movement and catchy commercial jingle. This set features three Slinkys of different colors for fun on the stairs.

Anthony Marcusa writes for BestReviews. BestReviews has helped millions of consumers simplify their purchasing decisions, saving them time and money.