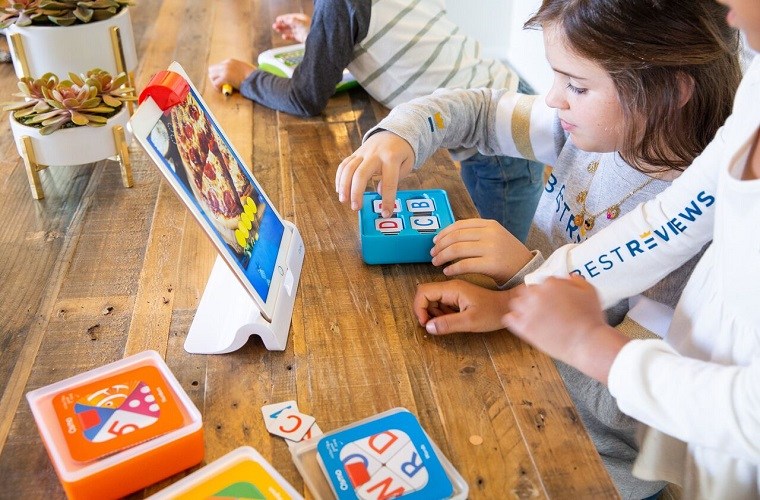 BestReviews baby and kid expert weighs in on popular toys

Between kids circling their must-have items in a catalog and counting down the days until Christmas, it’s no surprise that toys are at the forefront of all parents’ minds. Every year, parents are tasked with finding presents that elicit joy and excitement from their kids on Christmas morning, which is no easy feat.

From wooden blocks to high-tech electronics, toys have evolved immensely over the years. So to figure out which toys are best, we asked Dr. Aimee Ketchum, BestReviews baby and kid expert, to review this year’s most popular toys. Ketchum is a parent and pediatric occupational therapist with over 24 years of experience working with kids.

What are the benefits of toys?

What are the types of toys?

There are two types of play, and toys help children with both.

Features to avoid when buying toys

Also, look carefully before buying toys labeled as “educational” or “learning toys.” Many have buttons that let the toy to talk to the child, which can end up taking the place of human interaction.

“This is a great toy that fosters creativity, innovation and social interaction. The mechanics of using this toy help to build fine motor, gross motor and cognitive skills, such as sequencing, problem-solving and decision-making,” Ketchum said.

Sold by Kohl's and Amazon

Even with its sounds and reactions, Ketchum recommends this interactive toy because the child leads the interaction. “This cute, child-size play pet can teach children care-taking and social-emotional skills," she said. "I would encourage parents and caregivers to engage in playing with their children to scaffold higher-level language, vocabulary and critical thinking skills, such as asking the child questions like, ‘What would you do if your guinea pig gets sick?’”

One of the hottest toys of the year gets a positive recommendation from Ketchum. Not only are Squishmallows fun to collect with cute faces, but they can also serve as a comfort item for young children.

Since electronic toys are not recommended for younger children, Ketchum suggests this magic toy only for school-aged children. After creating the cute fortune-telling pet, kids can interact by playing games and casting spells.

Sold by Amazon and Kohl's

“Magna-Tiles are great construction toys for young children that foster creativity and imagination as well as developing fine motor skills and visual motor skills," Ketchum said. "This also helps to teach early STEM, as math and engineering skills are practiced. I highly recommend this toy.”

Sold by Amazon and Wayfair

Ketchum strongly recommends Legos. “Legos are great toys for young children because they have to learn how to construct the pieces, helping to develop their fine motor and visual motor skills," she said. "This also helps with cognitive skills, such as sequencing and early math, and engineering skills.”

According to Ketchum, this is not only a great game for social interaction, but it also helps teach strategy and higher-level critical thinking. Break this out at the next family game night and introduce young players to the game of cross-country travel.

While this toy has lights and sounds, Ketchum recommends it because they don't take the place of the child’s engagement. Playhouses are great for imaginative play, building social interaction and helping children to use self-expression.

Sold by Amazon and Kohl's

Ketchum notes it's essential to start introducing racially diverse toys at an early age. This set of five plush dolls is a top-notch way to do it.

Eeboo I Never Forget a Face Memory and Matching Game

With two dozen pairs of facts to match, this game is excellent for cognitive skills and higher-level thinking, Ketchum said. It's for ages 3 and up.