Comfortable, spacious, and barely noticeable, this money belt is the best on the market.

Zippers and buckles are plastic, not metal. Some breathability issues in hot weather. 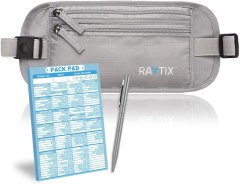 This travel money belt blocks RFID and is a premium travel product that feels comfortable.

Perfect for daily use, comes with a hidden travel wallet and is fully secured. Lightweight and thin design makes it easier to carry around and is unnoticeable. Built with a sturdy design, it is reliable and is water-resistant.

The compartments can get a bit difficult to use at times. 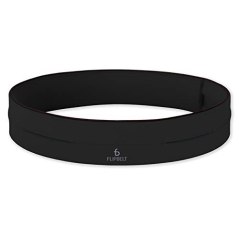 One of the most secure and stylish solutions for money and credit card storage available.

No fasteners or clips to cause chafing. Material wicks body moisture. Can even hold items such as insulin pumps and gel packs.

Finding the right size can be challenging. Belt can ride up or invert during strenuous exercise. 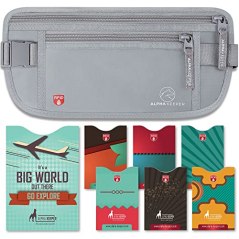 Although less stylish than some other options, users are generally satisfied with this protective pouch's capacity and comfort.

Water-resistant rather than waterproof. Some seams are glued, not stitched. 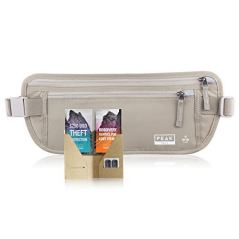 A slim-fitting money belt with RFID protection integrated into the fabric. Just remember to take it easy on the zippers. 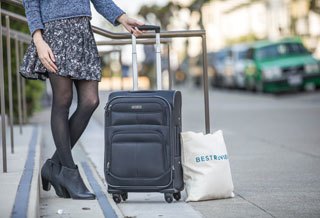 Whether you’re vacationing in the Bahamas or standing in line at the grocery store, you need to make sure your most important personal items are safe and secure. If you want to keep your money, credit cards, and other important documents as close to you as possible, a money belt is the ideal solution.

While all money belts may seem the same, there are actually certain features that can make one more functional than another. At BestReviews, our goal is to help you find a money belt that can give you peace of mind. 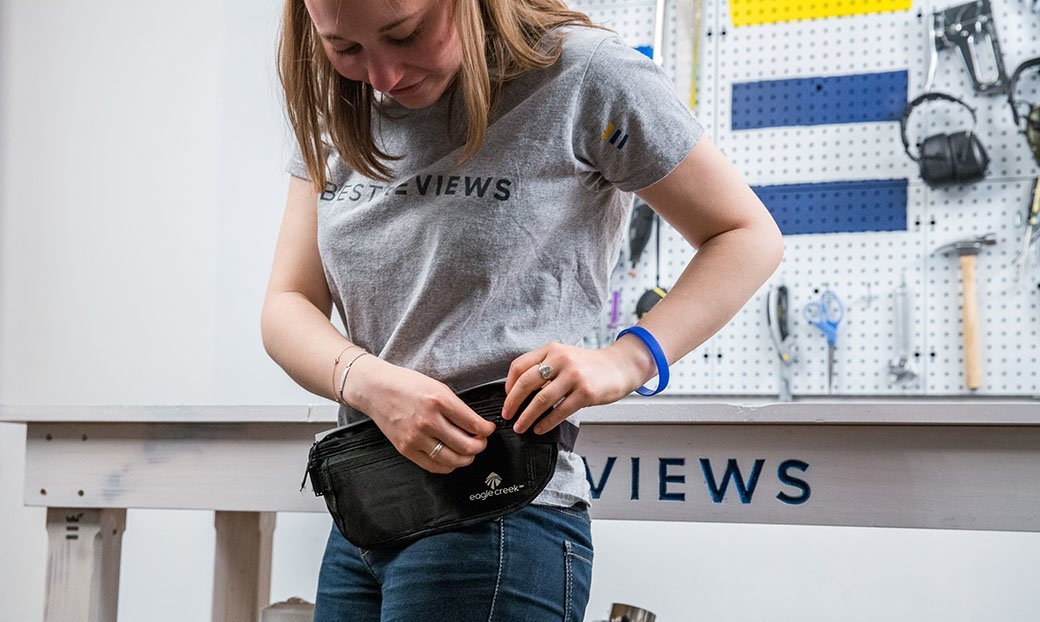 A money belt is much more secure than a fanny pack. Its sole purpose is to store thin items such as money, credit cards, and ID.

What is a money belt?

A money belt is small, zippered sleeve or pouch that typically sits at your waist. It is ideal for holding cash, credit cards, important pieces of identification, and transportation tickets when you’re traveling.

While it’s usually worn front-facing, some people prefer turning their money belt so the pouch rests at the small of their back. There are belt styles designed to rest on other parts of the body, too, such as the neck or leg.

Most money belts have a variety of pockets in which you can separate and organize your items. It’s much easier to find your cash and other goods with a well-organized money belt.

Why buy a money belt?

Is a money belt worth the investment? We think so. Here are some of the reasons why you might want one.

Stowing your cash and other items in a money belt offers effective security while traveling because the items are hidden beneath your clothing. A thief is much more likely to snatch your wallet from your pants pocket than your money belt.

Most money belts have a fairly streamlined design. Generally speaking, these handy accessories are lightweight and easy to wear.

Many money belts are waterproof, so you can even wear them during water activities such as boating or kayaking.

For your safety
To ensure that pickpockets can’t identify your money belt and target you, avoid purchasing a dark-colored belt. A dark money belt may show through a light-colored shirt.
STAFF
BestReviews

A “traditional” money belt sits at the waist and can be worn under your pants with your shirt tucked over it. This style typically features at least two pockets in which to organize your belongings.

You can also find money belts that sit at the waist but look like actual belts, so you thread them through the belt loops of your pants. Keep in mind that this type of money belt is extremely thin. As a result, it can usually only hold a few dollar bills.

Some money belts are actually pouches that loop onto an existing belt. The pouch can then be tucked into your pants. It can be a little more difficult to access this style, since it requires removing your belt.

If you aren’t a fan of wearing a money pouch around your waist, consider a neck or shoulder pouch instead. The pouch can be concealed beneath your shirt. Notably, however, you must lift your shirt to get at the pouch. For some wearers, this could be an issue.

Leg pouches are also available, though they don’t work as well for travel documents like passports since your legs are curved and the documents are flat. Another potential problem is that a leg pouch could come loose as you’re walking around. You can’t easily wear this style with shorts, either.

Some people find money belts uncomfortable because sweat can build up beneath the belt.

However, there are certain types of money belts that are less likely to irritate your skin in a sweaty situation.

For your safety
Avoid wearing tops that are very snug with a money belt. They can often reveal the telltale bulge that alerts pickpockets you’re wearing one.
STAFF
BestReviews

If a money belt doesn’t fit well, it isn’t going to be very comfortable. You may be tempted to skip wearing an ill-fitting money belt, which puts your belongings at risk.

Fit is an especially important concern if you’re wearing a traditional waist money belt. Look for a style with a wide, adjustable elastic waistband. You can customize the fit so the belt is snug but not too tight.

If you’re going to be engaging in water activities such as boating, canoeing, or kayaking, it’s a good idea to choose a waterproof money belt. In the event that you fall in the water or get splashed, the items inside the belt will stay dry and undamaged.

A waterproof belt is also a good option if you’re visiting an area that’s prone to rain and/or snow.

"If your money belt isn’t water-resistant, place items you don’t want to get wet in a plastic bag before adding them to the belt."
STAFF
BestReviews

Some money belts feature a single pocket, so there’s no way to separate your items. Others have two or more pockets so you can organize a bit. For example, you may not want to keep your money in the same compartment as your passport or driver’s license because you run the risk of dropping your ID when you reach in to pull out bills. A money belt with several pockets would likely be a better choice for you.

How much stuff do you plan to carry in your money belt? If you’re only using it for cash, virtually any size will do. If you want to carry credit cards, debit cards, and a driver’s license around, you’ll need a money belt that’s wide enough to hold those items. And if you’ll be carrying a passport or other travel-related items, make sure you get a large enough belt to accommodate those documents.

Notably, the larger a money belt is, the harder it usually is to conceal.

A note about money belts with RFID sleeves

Identity theft is a serious problem. If you plan to travel with credit cards, it’s good idea to choose a belt with RFID protection for added peace of mind.

Did you know?
If you plan to stash nothing but cash and/or credit cards in your money belt, a belt with a single pocket may be sufficient.
STAFF
BestReviews

Money belts vary in price based on brand, material, size, and number of pockets. You can typically expect to spend between $10 and $50 on a good one.

Caution
If you are the victim of a pickpocket while traveling, always contact the police; they likely won’t be able to recover your items, but most insurance companies require a police report when you file a claim. Also, cancel your credit cards as soon as possible to limit the extent of the damage.
STAFF
BestReviews 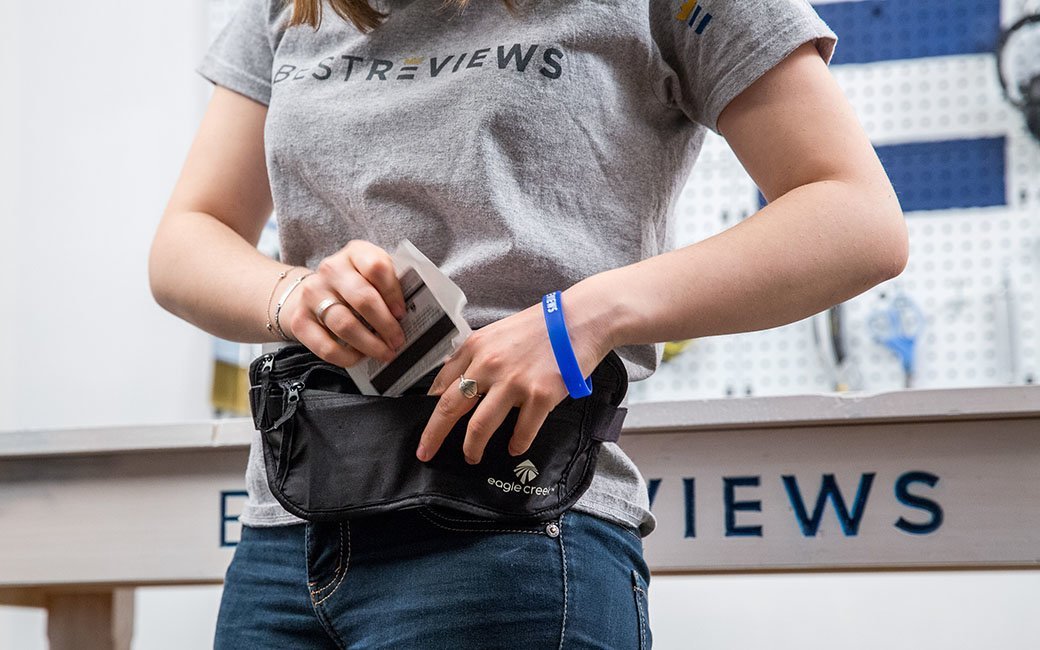 Tan or khaki are great money belt colors, because these shades don’t show up as readily under clothing as some other colors.

Q. What’s the difference between a money belt and a fanny pack?

A. Fanny packs tend to be bulkier with just a single large compartment, and they’re designed to be worn over your clothing. Yes, they can hold money, credit cards, and ID, but they’re not as secure.

A fanny pack works well for holding larger items such as a pair of sunglasses or a cellphone. A money belt, on the other hand, has a thin, streamlined design that is best worn beneath the clothing.

Q. Can you wear a money belt when you go through an airport security screening?

A. Some money belts contain zippers or other metal components that would set off a metal detector. Other styles are secured with Velcro, so you can easily pass through airport security with one on. If you want to wear your belt through the security screening, be sure to choose one without any metal.

Q. Is it important to choose a money belt with RFID protection?

A. Some credit cards, driver’s licenses, and passports are equipped with RFID chips that transmit information wirelessly. And unfortunately, some thieves use RFID readers to glean this information from your cards and steal your identity. If you plan to carry credit cards or ID in your belt, it’s a good idea to choose one with RFID protection. 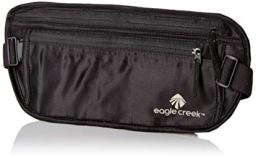 Best of the Best
Eagle Creek
Silk Undercover
Bottom Line
Comfortable, spacious, and barely noticeable, this money belt is the best on the market.
Shop Now 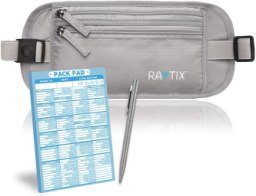 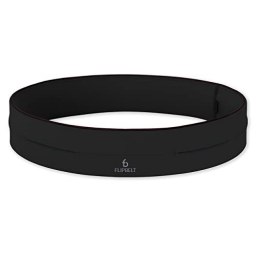 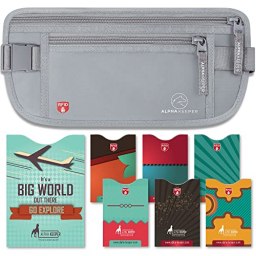 Top Pick
Alpha Keeper
Money Belt For Travel
Bottom Line
Although less stylish than some other options, users are generally satisfied with this protective pouch's capacity and comfort.
Shop Now 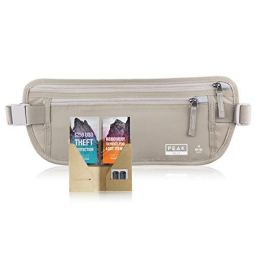 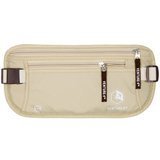 Top Pick
VENTURE 4TH
Travel Money Belt
Bottom Line
A surprisingly well-made option considering the low price. Though it may not meet everyone's needs, it's the best deal for those who like its style and functions.
Shop Now