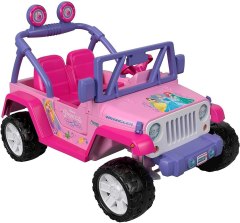 If there's open and flat space, this big and cute Power Wheels Jeep is a top option.

Its smoother wheels are a little slippery. 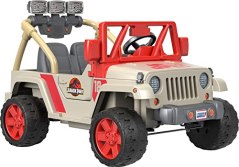 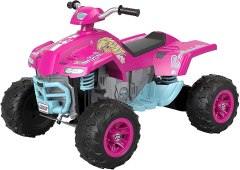 If you are looking for a speedy Power Wheels ride for paved roads and rougher patches alike, this sugary sweet Barbie ATV is worth your consideration. 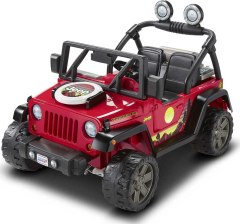 This innovative Power Wheels vehicle is a fun model for driving around the yard and have imaginary barbecues together with friends.

Quite a bit of assembly required. 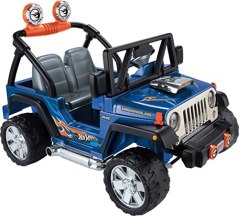 With a fun design that replicates an actual Jeep Wrangler, any child would be proud to drive this adorable Power Wheels.

Flashy blue color and cool graphics that appeal to youngsters. Can reach up to 5mph. Durable build and rugged tires for pavement or grass. Has room for 2 riders.

Requires some assembly. A few reports of damaged or missing parts.

Are the little kids in your life crazy for anything with wheels? Lucky for you, it’s probably at least a decade before you have to teach them how to drive the family car. In the meantime, let them tap into their automotive interests with their very own Power Wheels.

Power Wheels are modeled after real vehicles — cars, trucks, and quads, to name a few. Their functionality is as realistic as it gets without requiring driving school or a license. Power Wheels even sound real with interactive soundboards that play music or mimic vehicle noises. If your kids have a favorite movie or TV character, there are plenty of licensed Power Wheels to ride, as well.

If your kids are ready to hit the road, it’s time to invest in Power Wheels. We examined the entire product line to assemble this definitive buying guide for you, just in time for rush hour. 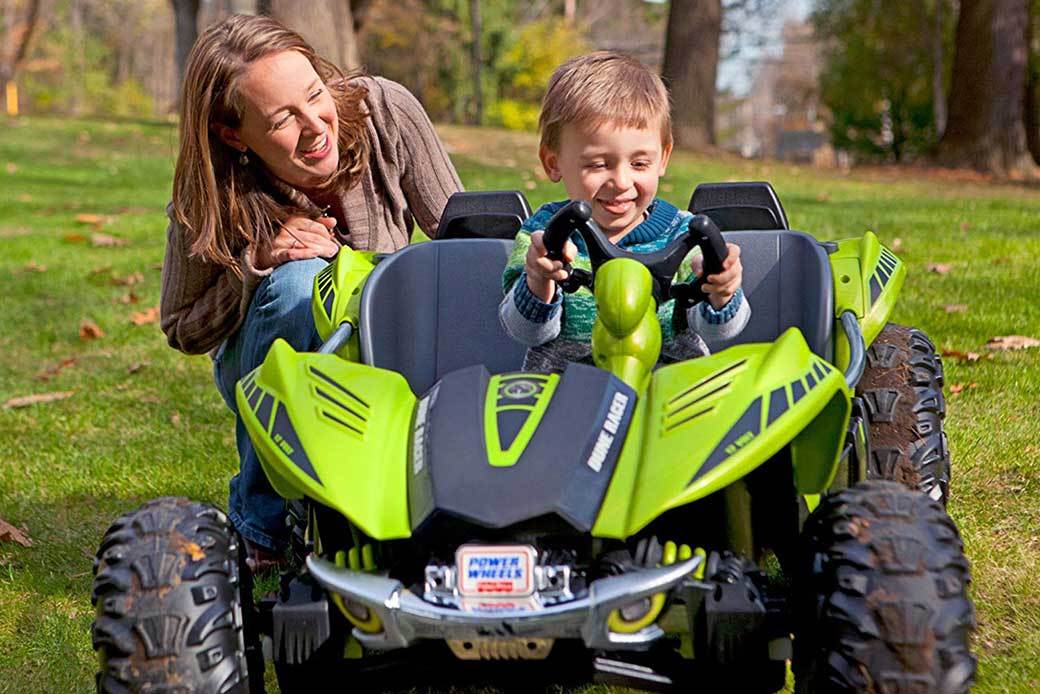 Power Wheels are great STEM toys, as they teach kids about acceleration, deceleration, and inertia. Kids can also learn about energy by examining the battery to see exactly how it powers the vehicle.

Power Wheels break down into three main age categories with moderate overlap. For the most part, they’re separated by functionality and weight capacity.

Ages one to three: These Power Wheels operate at a lower speed, typically one to two miles per hour. They are easy for young drivers to steer, and there are even ones that operate on a track for a more controlled experience. Weight capacity is usually between 40 and 65 pounds.

Ages three to seven: Power Wheels for this age group drive up to three miles per hour. They have plenty of driving features as well as soundboards, storage compartments, and moving parts. Many of these Power Wheels are two-seaters. Weight capacity ranges from 65 to 140 pounds.

Ages five through ten: There is considerable overlap between these Power Wheels and the previous age group, as they share the same weight capacity. The main difference comes with special models, which are faster and have advanced functionality. As a result, these Power Wheels require more skill to operate.

Power Wheels come in single-seat and two-seater models. Single-seat models are ideal for one kid to enjoy, especially when they’re alone. These tend to have less cabin space, so if a growth spurt occurs, the child may outgrow the vehicle sooner than later.

Two-seater models obviously allow two kids to ride at once, though they’ll have to take turns driving. They also run a bit more slowly with the added weight of a second passenger.

Power Wheels can be used indoors and outdoors, as they’re designed to traverse a variety of terrain. When it comes to indoor use, given their well-defined treads, they’re better on carpeted areas. With that said, if you’re concerned about your floors, stick to outdoor use.

Outside, Power Wheels are capable of driving over sidewalks, grass, and dirt. Driving Power Wheels outdoors makes the tires quite susceptible to wear and tear, so you may need to replace them at some point. Certain vehicles can be driven on moist ground, though there isn’t much information available as to their drivability on snow-dusted ground.

Cars: Power Wheels come in the form of a number of licensed sports cars, including Corvettes and Mustangs. They retain signature details from the manufacturers, such as the Mustang’s muscular profile and the Corvette’s triangular body style. For the most part, they only have space for the driver.

Jeeps: Jeeps are the longest-produced and most popular Power Wheels models. These two-seaters embrace the Wrangler style with its iconic grill, headlights, roll bar, and lights. The Jeeps often feature licensed characters or themes from Pixar, Nickelodeon, or other TV shows and movies.

Trucks: Trucks and SUVs are also some of Power Wheels’ top-selling vehicles. These embrace iconic truck styles, such as the Ford F150, and feature a mini flatbed with space to haul toys and games. These single-seat Power Wheels also have oversized rugged tires to tackle hills and muddy trails.

Dune Racers: Dune Racers are one of the newer iterations of Power Wheels. These rugged, futuristic two-seater vehicles place drivers and passengers in a more realistic riding position. They’re capable of handling more difficult terrain, such as sand or wet ground.

Wild Things: Wild Things combine the simplicity of hoverboards with the design of Power Wheels. Kids operate these single-seat models with two joysticks. Since the design is a bit more challenging to learn, Wild Things come with parent-controlled speed settings to help kids make their way toward independent rolling.

Other four-wheeled vehicles: Power Wheels also manufactures quads and ATVs as single-seat vehicles. These are somewhat easier to operate, especially if the kids are used to riding in an upright position on cycles. There are also some track vehicles in this category, which can be ridden on an assembled track or on the floor without it.

Expert Tip
In rain and poor weather, kids can enjoy Power Wheels in the garage. Provide a safe driving area by clearing the floor of hazards and anything that could be knocked over.
STAFF
BestReviews

Power Wheels drive in forward, usually at the top speed, and reverse, which is normally significantly slower. Power Wheels come to a full stop when the pedal is released and when parents operate the high-speed lockout option.

In addition to the high-speed lockout option for braking, Power Wheels are equipped with a number of safety features. They are built with a low center of gravity to prevent rolling and have rounded edges to minimize injury from bumping or falling on the vehicle. The company subjects its vehicles to rigorous in-house testing and adheres to strict toy safety standards.

Power Wheels often come with soundboards to enliven the driving experience. In some models, the soundboard consists of realistic vehicle sounds, like sirens or engine revs. In others, particularly licensed Power Wheels, there is music and voicing from TV or film characters.

Power Wheels run on rechargeable batteries, namely ones that are 6V or 12V. The manufacturer recommends charging Power Wheels for the first time for a full 18 hours. After that, it’s best to charge them for 14 hours at a time, and it’s important to disconnect them afterward. Batteries generally last two to six hours of continuous use on a full charge.

Expert Tip
Wipe down Power Wheels with water and mild detergent for cleaning. You can also use kid-safe sanitizer on the wheel, pedals, and sites on the vehicle they regularly touch.
STAFF
BestReviews

Given their capabilities and design complexity, it’s no surprise that Power Wheels cost between $125 and $750. On the upside, kids can get between two and four years’ worth of driving out of them, so it’s more of an investment than a one-time toy.

Power Wheels for ages one through three cost up to $200. Models at the lower end of the scale include quads and cycles, though Jeeps and trucks cost closer to the top of the range.

The majority of Power Wheels are priced between $200 and $450, which includes Jeeps, trucks, trains, sports cars, and replicas of other recreational vehicles. These models generally have more functionality, so they’re geared toward ages three through seven.

If you’d like limited edition or collectible Power Wheels, expect to spend between $500 and $750. These include Wild Things, Dune Racers, and some trucks and sports cars.

Expert Tip
When your kids outgrow their Power Wheels, consider donating them to a school or daycare center. Another option is to put them up for a charity thrift auction, as Power Wheels in good condition can fetch a decent amount of money for the organization.
STAFF
BestReviews 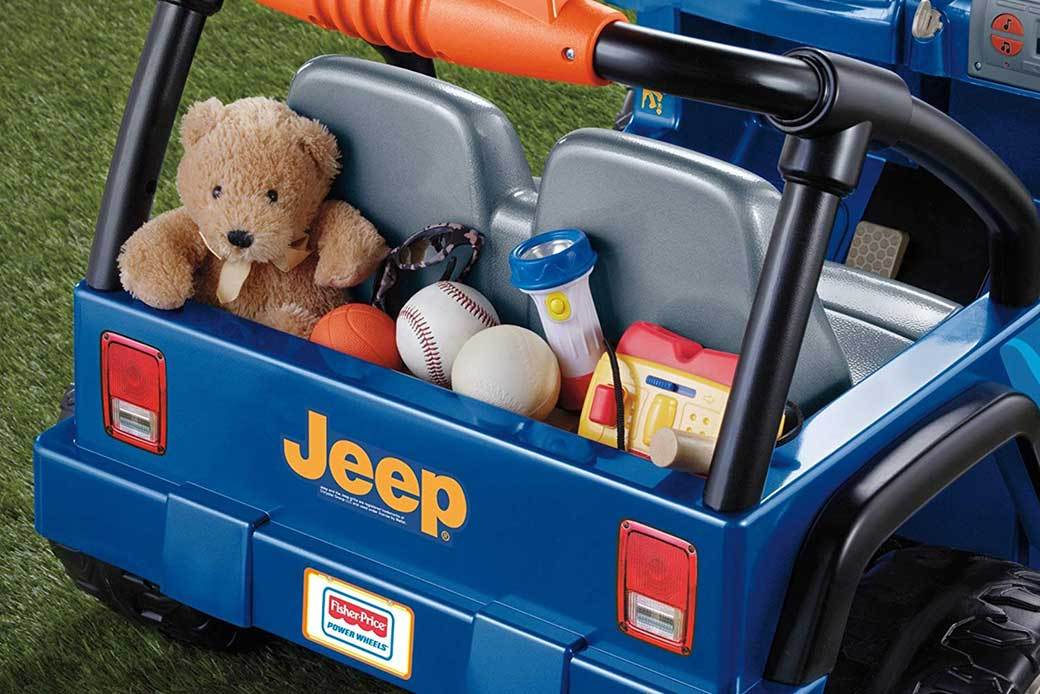 Cover your Power Wheels with a tarp during the off-season to keep them free of dust and bugs in the shed or garage.

Q. Can someone get seriously injured if Power Wheels drive over their feet?

A. Yes. Crush injuries can occur at any time, so teach kid drivers to maintain a healthy distance from pedestrians. Kids can be seriously injured, so make sure playmates and siblings also maintain their distance from Power Wheels. The average adult wearing footwear probably wouldn’t sustain a major injury, though at the very least, they’d end up with a sore foot.

A. No. There are no restraints on the vehicles in order to allow kids a safe, quick exit if necessary. It also eliminates the potential for choking hazards or other injuries.

Q. A piece on my Power Wheels broke off. Can I get a replacement piece?

A. Contact the manufacturer, Mattel, to see whether they stock replacement parts. In the event they have it in stock, you’d need to pay the cost plus shipping and handling. Other retailers may sell new or used parts, as well as compatible third-party parts.

Q. Is it safe for my child to drive Power Wheels barefoot?

A. It’s recommended that children wear appropriate footwear at all times when operating Power Wheels. This protects little toes from being caught or snagged under the pedals. It also ensures that kids can safely climb in and out of the vehicle without slipping. 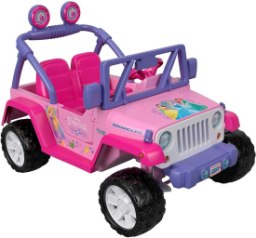 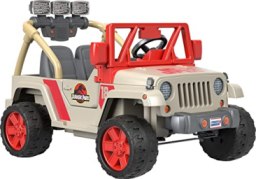 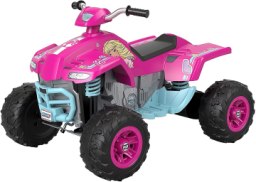 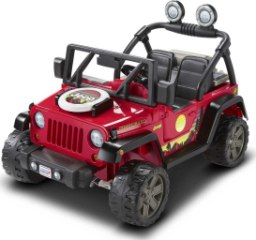 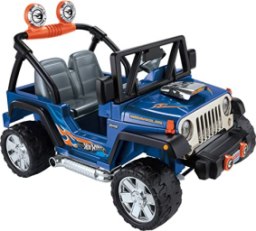 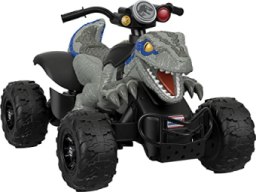 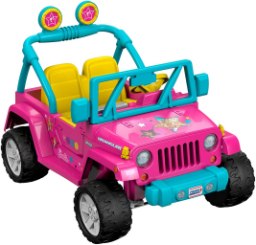 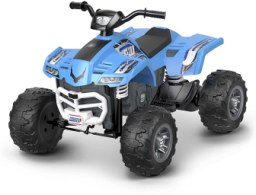 Top Pick
Fisher-Price
Preschooler Power Wheels Racing ATV
Bottom Line
Little ones seeking a miniature version of the real thing are bound to get a kick out of the hyper-realistic detailing on this flashy ride-on.
Shop Now 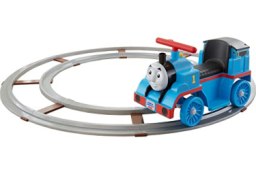