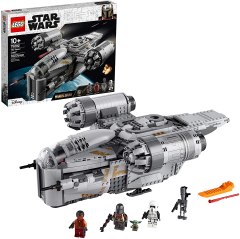 The Mandalorian’s iconic Razor Crest is finely detailed and has many built-in ways for its mini-figures to interact with the huge ship.

Best for ages 10 and older. 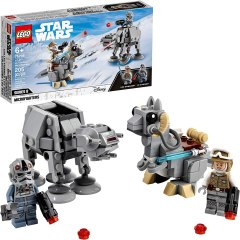 This inexpensive model is easy to assemble and includes a pair of fun Hoth-themed rides to battle against each other.

Not challenging for older kids. 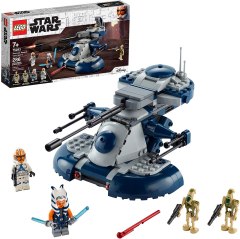 If you're looking for an option that will keep kids entertained long after they build it, this is a must-have.

Not too challenging to assemble. 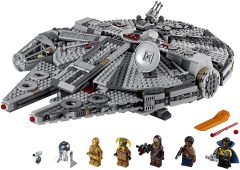 A LEGO kit for kids and adults that comes with 7 Star Wars characters.

A 1,351-piece replica of the Millennium Falcon. Includes Chewbacca, Finn, C-3PO, Lando Calrissian, Boolio, D-O, and BB-8 characters in LEGO form. Features movable turrets, 2 shooters, a ramp that moves up and down, and a cockpit.

Some reports of pieces missing.

A spacecraft replica that includes popular characters and has interactive parts.

Replica of a popular character’s starfighter. Comes with Princess Leia, Luke Skywalker, R2-D2, and General Dodonna LEGO figurines with weapons. For ages 9 and older. Wings are adjustable. Has a cockpit with a hinged lid and shooters.

Some reports of missing parts

Star Wars debuted on the big screen in 1977, and in addition to spawning sequels, prequels, spinoffs, and TV shows, you can also buy Star Wars toys. Naturally, a partnership with one of the most iconic toy makers, LEGO, is an obvious fit.

Since 1999, LEGO has been producing Star Wars-themed sets with memorable characters, creatures, ships, and settings. LEGO Star Wars sets are wildly diverse and cater to fans of all ages and skill levels. There are options inspired from all three trilogies and movie spinoffs as well the animated shows and live action series. The question is, which LEGO Star Wars products would make you the happiest? Do you want to recreate iconic scenes? Build LEGO vehicles? Further, how much would you like to spend? There are choices for budget-minded collectors as well as those who have no problem spending several hundred dollars on a set.

In this guide, we detail the Star Wars LEGO options available and how to find the set, or sets, you would like best. With such a vast galaxy, there is surely something for every Star Wars fan out there. 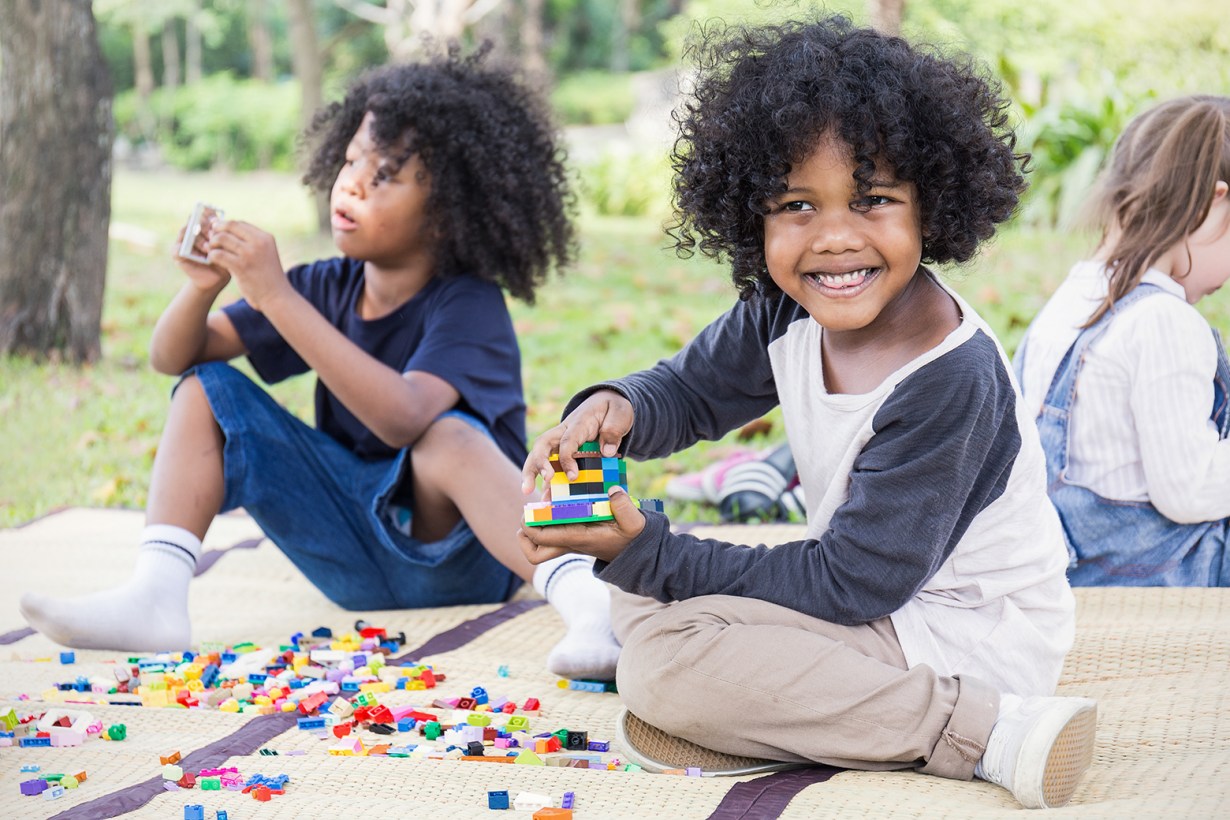 Ole Kirk Kristiansen founded LEGO in 1932. The company has stayed in the family, passed down through generations, though it has expanded greatly from its humble beginnings.

Scenes: A variety of LEGO sets detail a popular scene from Star Wars, featuring relevant characters and noteworthy settings. These include Mos Eisley, the battle of Hoth, the duel on Mustafar, and the Endor assault.

Vehicles: From X-Wings to speeders, tie fighters to starfighters, part of the brilliance of Star Wars is its imaginative vehicles. You’ll find a variety of options from the light and dark sides, most of which come with an appropriate pilot or crew.

Helmets: These popular, involved options are relegated to a select few characters. They feature helmets of iconic heroes and villains, including Darth Vader and Boba Fett, and run about 8 to 10 inches tall. They feature a stand with a nameplate so they can be brilliantly displayed.

Full characters: These larger sets feature full characters and include an informational plaque, corresponding minifigure, and stand. These are typically more involved and meant to be built and displayed. Options include Yoda and D-O.

Brickheadz: This relatively new LEGO series is mostly meant for display, featuring exaggerated heads and bodies that are square or rectangular. Brickheadz include a stand and tend to be under 6 inches tall, making them great accessories for shelving or a desk.

LEGO’s character figurines are referred to as minifigures, or minifigs. You will find them not only in Star Wars-themed sets but in a lot of other LEGO sets. Minifigs are among the most coveted inclusions in any LEGO set.

Most minifigures come with a handheld item such as a lightsaber or blaster. As almost all minifigures have the same construction, you can interchange gripped items as well as head attire, such as helmets and hair pieces. While it may not make as much sense to swap out legs or torso, some Star Wars minifigures feature two faces, one on either side of the head. You can have one face forward and the other covered by hair or a helmet.

Most Star Wars sets come with two to eight minifigs.

You can typically glean each set's degree of involvement and complexity by its piece count. Few sets offer less than 100 pieces. Relatively easy endeavors run up to 200 pieces. The majority range from 200 to 500 pieces; these sets also cater to most ages.

LEGO sets with more than 500 pieces are typically reserved for teens and adults. Quite a few options run over 1,000 pieces and require care, attention, and commitment.

While some LEGO sets are designed for display, most offer an element of movement, interaction, and versatility. For example, ships my feature retractable wings and cockpits that open and close, allowing you to place minifigures within. Vehicles may include spring-loaded missiles so you can recreate famous battles.

LEGO releases a Star Wars advent calendar each year with 24 unique minifigs, ships, and settings inspired from across the Star Wars galaxy. These sets are coveted and unique. They’re also a bit of an investment. Once the season passes, it is difficult to buy an Advent calendar unless you are willing to spend more money.

Some Star Wars LEGO sets are meant to be displayed. Several portrait styles depict a noteworthy character with the intention of displaying the finished product like a framed picture. These feature a flat back and some depth.

Similarly, the LEGO Star Wars Art series allows users to recreate a stylized vision of an iconic character to display using smaller dot pieces instead of bricks to fill in a grid.

Two of the most elaborate Star Wars LEGO sets are among the most involved sets LEGO has ever made. The 2007 Millenium Falcon featured over 5,000 pieces, only to be eclipsed by an updated Millenium Falcon in 2017 with over 7,500 pieces. Both of these are pricey and take a lot of time; the latter can take over 24 hours to assemble.

For those who prefer the dark side, 2019 saw the release of an Imperial Star Destroyer comprising almost 4,800 pieces with the finished product stretching nearly 4 feet long.

While these aren’t quite sets, they are still Star Wars-inspired LEGO accessories. No building is required, but these key chains feature a variety of characters from across the galaxy to take with you wherever you go. 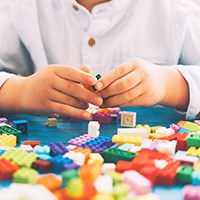 DID YOU KNOW?
Each LEGO set has a five- to seven-digit number to identify its components and instructions. Each piece also has a unique number, which is handy in the event that you need to replace it.
STAFF
BestReviews

LEGO Disney set: Pirates of the Caribbean Silent Mary Set
Another popular cinematic franchise is Pirates of the Carribean. We love this detailed set featuring Captain Jack Sparrow among others, as well as a rowboat and two hungry sharks.

Inexpensive: You can find a variety of  smaller scenes, vehicles, and Brickheadz in the $10 to $50 range. These often include one to four minifigs.

Mid-range: Most Star Wars LEGO sets cost between $50 and $100, with more involved and varied options for all ages. These typically come with four to eight minifigs.

Expensive: The most elaborate Star Wars LEGO sets may cost over $100. Some of the most coveted and involved options cost $400 or more. 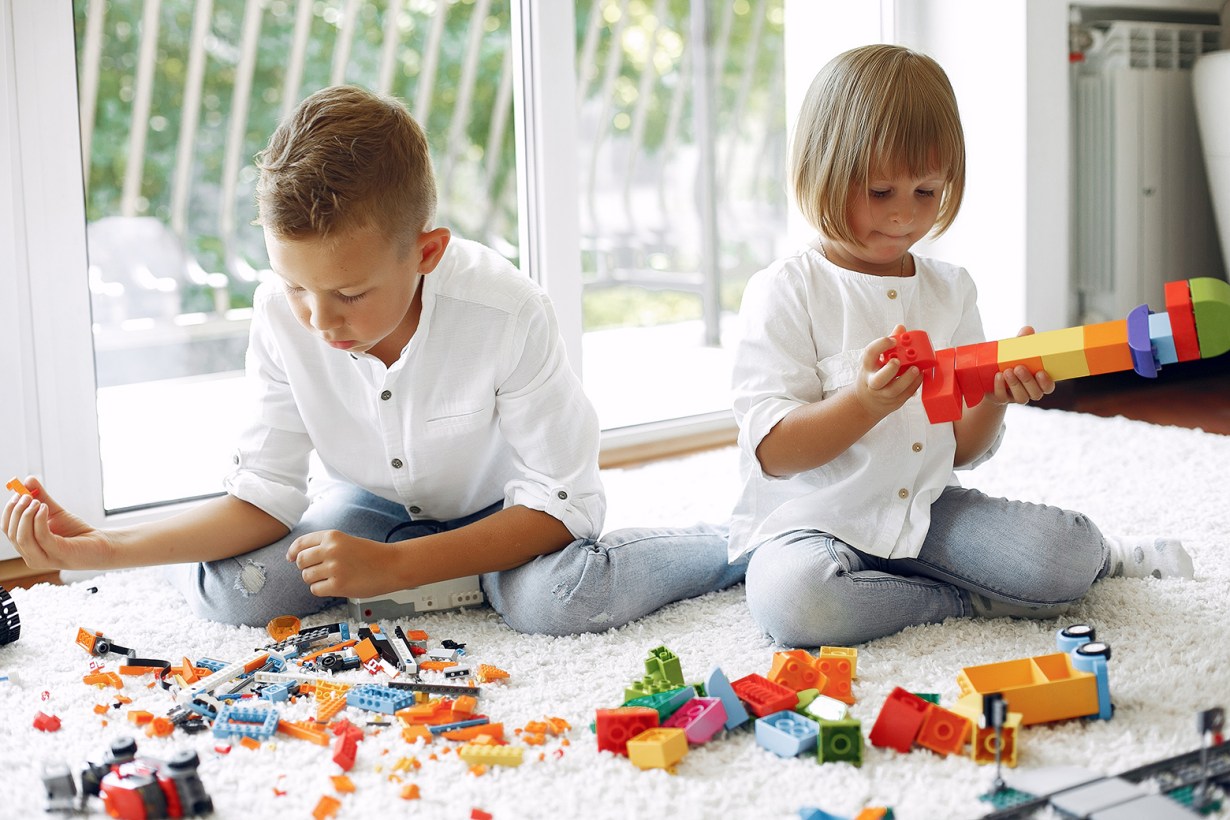 Standard LEGO pieces are waterproof in case you want to have an aquatic adventure. However, it’s not recommended to keep them as submerged decorations in tanks.

Q. What are retired LEGO sets?

A. LEGO regularly halts the manufacture of certain sets to make way for new options. Particularly when it comes to pop culture-related sets, LEGO may retire them when the movie or trend runs its course. Retirement typically happens at the end of the year, with announcements preceding it so consumers have a chance to buy them. Sets will disappear from the LEGO website once the last is sold.

However, you are still likely able to buy from third-party sellers. Note that the quality and price from these sellers can fluctuate. Because LEGO has been making Star Wars sets for over 20 years, there are countless retired Star Wars LEGO sets to shop for, including options from The Clone Wars and Rebels animated shows.

Q. What should I do if I’m missing pieces?

A. If your set arrives missing pieces, contact LEGO customer service to send replacements. If you have lost the pieces, search to see if replacements are possible. While bricks may be easily obtainable, it can be harder to find minifigs. Some LEGO sets include extra pieces that you can save for potential use later on.

Q. I want to purchase my first Star Wars LEGO set. Where should I start?

A. Finding a starting point can be overwhelming, especially with so many options. It’s best to start with content you like. If purchasing for a youngster, LEGO gives recommended age ranges, though parents may want to monitor progress and offer help if needed. Once you try one or two sets, you’ll have a better sense of what to purchase next. 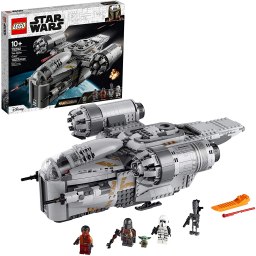 Best of the Best
LEGO
Star Wars - The Razor Crest
Bottom Line
The Mandalorian’s iconic Razor Crest is finely detailed and has many built-in ways for its mini-figures to interact with the huge ship.
Shop Now 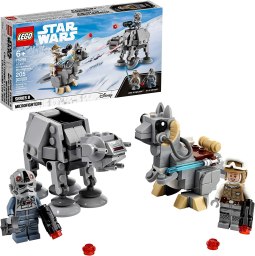 Best Bang for the Buck
LEGO
AT-AT vs. Tauntaun Microfighters
Bottom Line
This inexpensive model is easy to assemble and includes a pair of fun Hoth-themed rides to battle against each other.
Shop Now 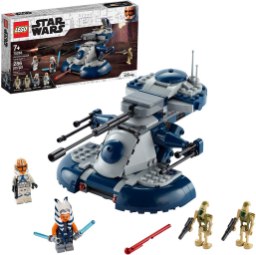 Top Pick
LEGO
Star Wars - Armored Assault Tank (AAT)
Bottom Line
If you're looking for an option that will keep kids entertained long after they build it, this is a must-have.
Shop Now 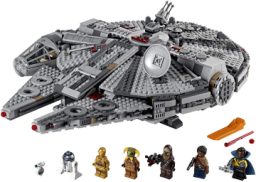 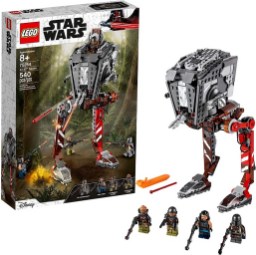 Top Pick
LEGO
Star Wars - AT-ST Raider
Bottom Line
Stomping its way from "The Mandalorian" is the intimidating AT-ST Raider, and its many articulated parts and battle features make it an exciting toy.
Shop Now 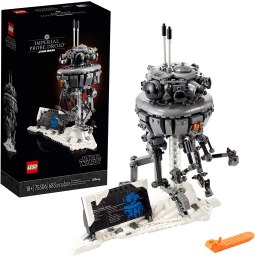 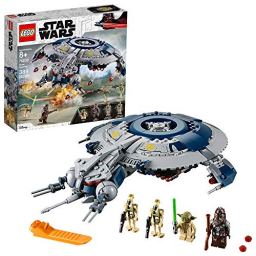 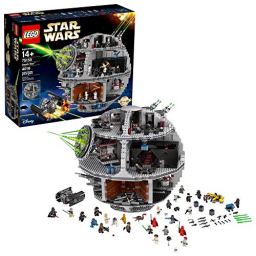 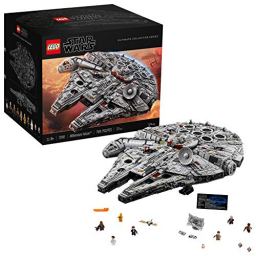