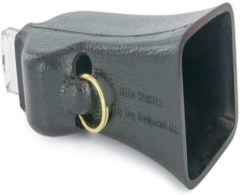 A well-made whistle that emits decent sound appropriate for training and sporting purposes.

Produces a loud sound that dogs respond to, yet isn't so noisy that it bothers the user's ears. Nice range. Great for training, hunting, competing, and more. Durable construction.

You have to blow fairly hard for maximum sound. A few customers report faulty whistles that didn't work properly. 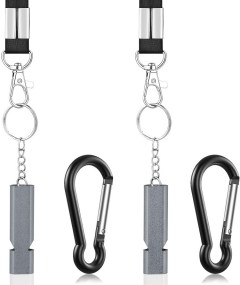 These two whistles stand out for their small design, which makes them easy to tuck into your pocket. Durable all-metal construction. Works for dog training and other purposes. Includes two lanyards and key ring clips.

Not as loud as some consumers expected, but sound is just right for many training purposes. 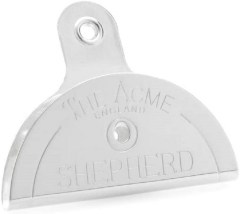 It can create multiple pitches for different breeds.

No hands are required to use this whistle, as it fits in the mouth. You can use your tongue to produce a variety of pitches. Trusted style of whistle used by dog trainers for many years. All-metal design for durability.

Some users find it too complicated.

This dog whistle may be all you need if you want a model that's not too big.

Straightforward to use. Dog owners report that it's easily heard by dogs at a distance or by those with hearing issues. Sound isn't too loud for the user. Trim design is easy to carry and fits nicely in a pocket.

Plastic and seems toy-like. Sound it makes is on the shrill side. 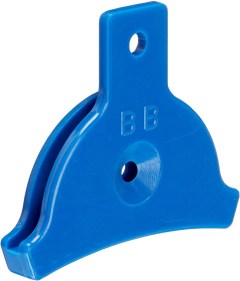 A small, lightweight whistle that can be used to produce many different sounds for multiple training applications.

Comes with a learning curve. Not quite as sturdy as similar models that are made of metal. 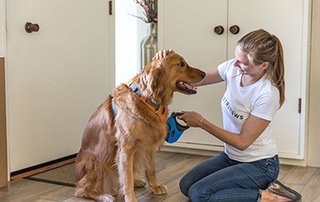 Some dogs have great recall, will "sit" at the nod of your head, and will "stay" for hours if you ask them to. Others prefer to march to the beat of their own drummer.

A dog whistle can help your canine companion conform to those commands. Unless you're already a dog-training expert, selecting the right whistle can prove challenging. With so many different types on the market, where do you even start your search for the best dog whistle?

The sound of a dog whistle is more consistent than a human voice. If you're tired, sick, or getting annoyed with your dog for not obeying, your voice will sound different from usual, which can be confusing for your four-legged friend. A whistle sounds the same every time.

Why use a dog whistle?

Why should you use a dog whistle instead of simply shouting voice commands? While whistles aren't for everyone, there are some reasons why you might want to try one.

If you've tried and failed to teach your dog to come when called, the "come" or "here" commands probably means very little to him. Using a whistle gives you the chance for a fresh start.

Dog whistles generally carry farther than the human voice. That means your dog is more likely to hear a whistle than your voice if she tends to roam far and wide when off the leash.

Some dogs suffer from "selective hearing," finding it easy to ignore your voice when you're asking them to do something they don't want to. A whistle’s sharp sound is harder to ignore.

Shouting voice commands can be taxing on your vocal cords. Blowing a whistle is much easier.

Did you know?
Some – but certainly not all – "deaf" dogs can hear ultra-high-frequency whistles (the kind that are silent to humans), which is extremely useful for getting their attention when you're not in their sightline.
STAFF
BestReviews

Dual-tone dog whistles combine a pealess whistle and a whistle with a pea to give you the best of both worlds.

Since these whistles produce two separate tones (sounds of two different frequencies), you can use one tone for one command and the other tone for another command.

"Dog whistles should only be used to give commands, such as "come" or "stay," and not as punishment or to deter unwanted behavior."
STAFF
BestReviews

Whistles with a pea

These whistles have a ball, or "pea," inside them, which allows the user to make trills and other more complex sounds. On the downside, they can freeze up in very cold weather, rendering them completely useless.

Price: These dog whistles cost between $5 and $20.

Whistles without a pea inside are useful in very cold weather where whistles with a pea wouldn’t work. While you can't use them to make trills, they are better at creating quick, short blasts.

Price: Basic pealess whistles cost from under $5 to as much as $25. You can find some very good options for around $10.

"We'd recommend attaching your dog whistle to a lanyard and wearing it around your neck. That way it's easier to use hands-free, and it won't get lost should it fall from your mouth."
STAFF
BestReviews

Silent whistles are what many people think of as classic dog whistles. They produce extremely high-pitched ultrasonic tones that are inaudible to the vast majority of humans but that dogs can hear clearly.

The frequency of a silent whistle can generally be adjusted to fit your needs.

Silent whistles are ideal for times when you want to call your dog without disturbing people around you.

Expect to pay between $5 and $30 for a silent dog whistle.

Did you know?
Despite the name, silent whistles aren't 100% silent. Even though most humans can't hear the tone that the whistle produces, you can still hear air blowing through the whistle.
STAFF
BestReviews

Most dog whistles are made of plastic or metal.

Plastic dog whistles tend to be very inexpensive. They don't feel as cold to the touch when you use them in the winter, but they're not the most durable or attractive option.

Metal dog whistles tend to cost more than their plastic counterparts. They look smart and are usually extremely durable.

While most dog whistles are quite compact, some are larger than others.

You want a dog whistle that's not too big or bulky to slip in your pocket or wear on a lanyard around your neck. Equally, you don't want a whistle that's so small that it's awkward to use and easy to lose.

Check the manufacturer's specifications to find the right size of any dog whistles that make it onto your shortlist.

Did you know?
Silent dog whistles tend to be slim, streamlined, and the ideal size and weight to carry around with you.
STAFF
BestReviews

There's no single "best" frequency for a dog whistle, but you should choose one and stick with it to avoid confusing your dog.

Look for a dog whistle that's easy to clean. Since you're going to be putting it in your mouth, it should be easy to wipe down, without too many nooks and crannies that can trap dirt.

Consider the whistle’s durability. It's likely that your whistle will end up taking a few knocks and scrapes, so select a model that can stand up to some wear and tear.

Choose a whistle that's easy to replace. That antique silver dog whistle might look great, but if it breaks or gets lost, it's highly unlikely you'll be able to replace it with one that's exactly the same. Your dog will get used to the tone of whichever whistle you use and will need to be retrained if you can't replace it.

Don't use your whistle when your dog is right next to you. It could hurt her ears or damage her hearing.

Positive reinforcement is key when training your dog to respond to a whistle. When he gets it right, give him lots of praise and some high-value treats.

A. Dogs don't instinctively know what to do when you blow a whistle at them. They may look in your direction or prick their ears up in response to a new sound, but they won’t instantly come running to you or lie down. Instead, you have to train them to respond to a whistle in much the same way that you'd teach them to respond to voice commands. If you're unsure how to do this, you'll find plenty of resources online.

Q. Over what distance can dogs hear a whistle?

A. It's hard to say exactly how far a dog can hear a whistle because it varies depending on a range of features, including the type of whistle, the frequency, the terrain, and how good your dog's hearing is. However, it's safe to say that most dogs can hear a whistle from at least a couple of hundred feet away, and often much farther. You can buy dog whistles that are specially shaped to encourage the sound to travel farther. It's also worth noting that sounds at lower frequencies travel farther than those at higher frequencies, so the sound from an audible dog whistle will be heard at a greater distance than the sound from a silent dog whistle. 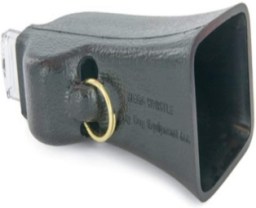 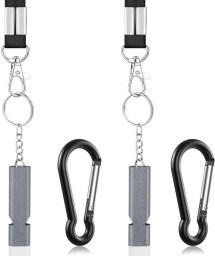 Top Pick
acme
Dog Whistle 210.5
Bottom Line
This dog whistle may be all you need if you want a model that's not too big.
Shop Now 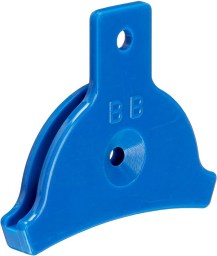 Top Pick
Ortz
Dog Whistle to Stop Barking
Bottom Line
A well-made whistle with a nice design that is effective for most training purposes.
Shop Now

Top Pick
SportDOG
Roy Gonia Special Whistle
Bottom Line
Choose this whistle if you prefer a traditional design that can be easily heard by dogs and humans.
Shop Now 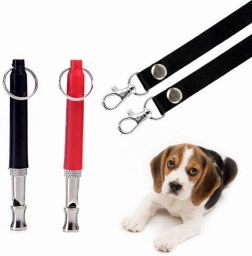