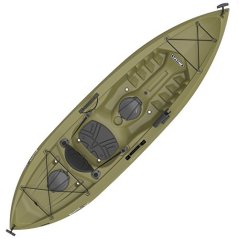 A fun kayak that is lightweight yet stable and tracks well in calm water.

Plenty of storage and extra features including rod holders and an adjustable seatback. Stable and maneuverable even in choppy water. Seat is comfortable even without padding. Fits nicely on top of most vehicles.

Some found the paddles lacked the same quality as the kayak.

Great inflatable kayak that is easy to transport and great for casual or beginner anglers and kayakers.

Capable of seating 2 people comfortably, this kayak also boasts heavy-duty laminate PVC and a polyester core that holds up to heavy use. Two fishing pole holders are built into the kayak and it has the ability to have additional accessories hooked to it.

Some found the seats to be uncomfortable or unsupportive.

A rugged inflatable kayak that is perfect for hours spent fishing on still waters.

A durable and sturdy inflatable kayak that doesn’t leak and has plenty of room for accessories, including extra D-rings and a mount for a trolling motor. Skilled kayakers can surf launch without trouble. Inflates quickly and holds air well.

Rod mounts aren't in most ideal place, allowing paddles to hit them.

A good choice for anglers new to fishing kayaks looking for sit-on-top comfort.

Comfortable sit-on-top design. Lawn-chair-style mesh seat can be lowered for paddling and raised for casting. One-piece construction boasts built-in buoyancy and leak-proof design. Accessory rails on the gunwales for gear.

Some concerns about stability and the possibility of flipping.

Perfect for 1 person due to its lightweight, compact design and open sit-on-top style.

Able to hold up to 325 lbs, this kayak is strong and steady with a flat bottom that provides extra stability and balance on the water. Plenty of built-in storage and built-in accessories like multiple pole holders, a bottle holder, paddle tie-down, adjustable footrest, and more.

May not be best for beginners as it takes some experience and balance to use.

As the next fishing season nears, anglers everywhere update their licenses, get their gear out of storage, and dream of new ways to go after the elusive “one that got away.” An increasingly popular way to catch those fish is by using a fishing kayak, which does away with the limits of the shoreline and makes floating right to the best casting spots possible.

Which fishing kayak is the best one for the type of fishing you plan to do? What features do you need? Which size is right for you? What material will work best? We can help you answer these questions and many others. 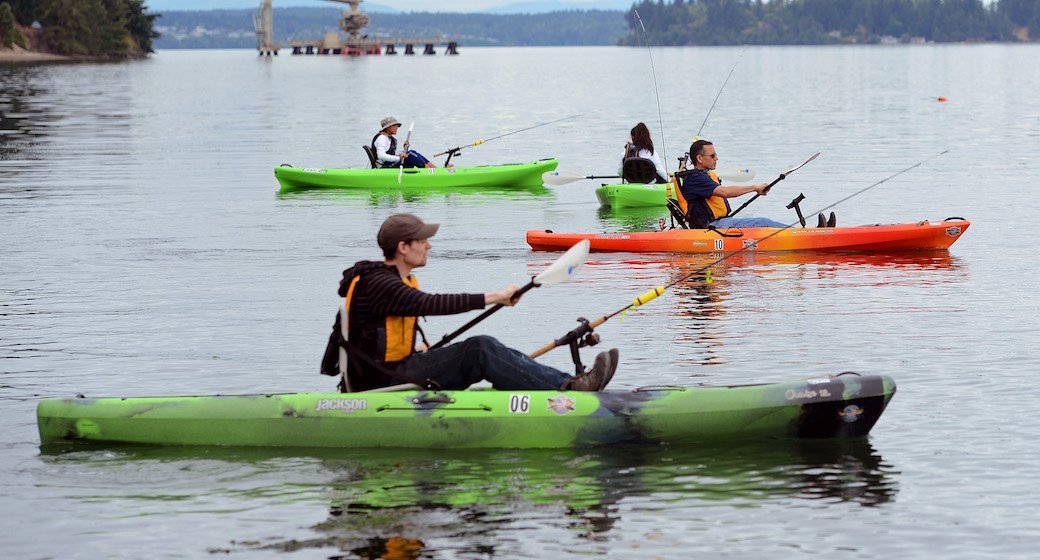 Many accessories are available for fishing kayaks, from anchor locks to GPS mounts to cupholders.

There is a distinct difference between the traditional, sit-in sport kayak and most fishing kayaks.

"An anchor helps keep you in the perfect fishing spot, but don’t buy one that’s too heavy, especially if you’re fishing calm inland waters. A 1.5-pound anchor can be easily stowed, deployed, and retrieved."
STAFF
BestReviews

Fishing kayaks are a fairly new variation on the traditional kayak, but they have gained a devoted following. The first purpose-built designs appeared on the West Coast in the 1970s, spearheaded by pioneers like Tim Nemier. These kayaks were developed by fishermen for fishermen, with the goal of getting onto the water quickly with all the necessary gear to catch fish. Fishing kayaks are made of a variety of materials. They even come in inflatable and folding varieties. Their prices vary widely, and, of course, you get what you pay for in most cases. 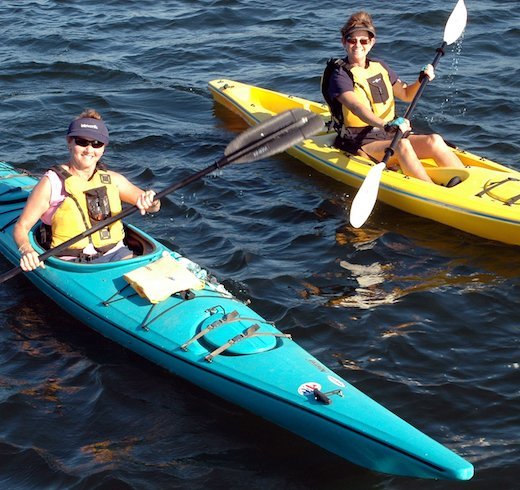 When shopping for a fishing kayak, it’s important to try out a few different models before settling on one. Below are some features to look for during your hunt for the right kayak for you.

The best fishing kayaks are made using a process called roto-molding that involves a large, two-piece master mold and plastic pellets. The pellets are melted and the mold is spun at different angles so the liquid plastic coats the interior of the mold. This creates a single-piece kayak that is very durable and much less prone to leaking.

Lower-priced fishing kayaks are made by combining two halves of the hull – usually the top and bottom halves – and sealing the seam. Not surprisingly, the most common failure point of this type of kayak is the seam. Most begin to leak after a few years of use.

"Fishing kayaks have scupper holes, a feature not found in traditional sit-in kayaks. These allow water to drain out of the seating and storage areas rather than having to pump out any water that sloshes into the kayak."
STAFF
BestReviews

Fishing kayaks generally sacrifice speed and nimbleness for better stability and carrying capacity. These kayaks are much wider than regular kayaks and much less likely to flip over. Look for two types of stability in a fishing kayak: primary and secondary.

Every model of fishing kayak has a different balance between primary and secondary stability. The hull design – particularly at the edges – determines that balance.

"Pontoons can provide additional stability to fishing kayaks, but they add other paddling challenges."
STAFF
BestReviews

Longer kayaks (13 to 16 feet) typically track very well. Tracking means that when you paddle on the left side of the kayak, the bow shifts right. However, longer kayaks are ungainly on land and usually need to be moved around on a wheeled cart. Shorter kayaks (less than 10 feet) are much lighter and easier to move around and store. However, these kayaks don’t track as well as longer kayaks. The tracking issue can be lessened by adding a keel, but that presents its own problems when fishing in shallow waters or over aquatic plants.

This is where you will see the most variation in fishing kayaks, and it may take quite a bit of shopping around and planning to find the fishing gear layout that works for you.

Many anglers already know what kind of fishing they’re planning to do most, but if you’re just getting into kayak fishing, or you’re changing the type of fish you’re going after or the waters you’re paddling in, it’s a good idea to do more research and talk to experienced anglers who have fished the locations you plan to visit.

Fishing kayaks can be built of a variety of materials, and they come in inflatable and folding varieties.

Lower-end fishing kayaks have fewer features like rod holders, built-in accessories, and attachment points. They may not last more than a couple of years with regular use, and they may have stability or tracking issues in the water. 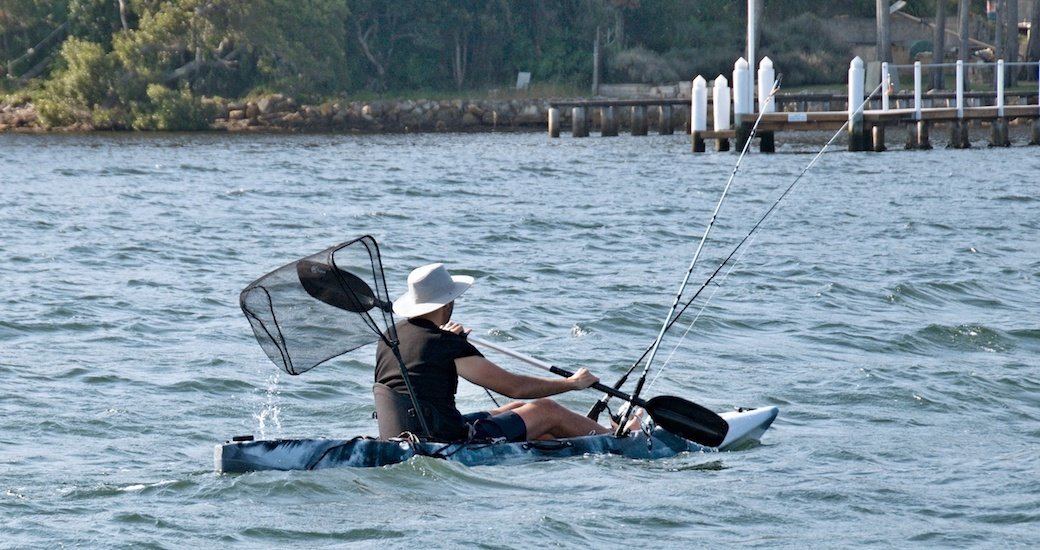 Once you’ve decided on a fishing kayak, whether budget-priced or expensive, feature-loaded or bare-bones, you’ll want to make sure it meets your needs through several fishing seasons. Here are some tips to help you get the most out of your new fishing kayak. 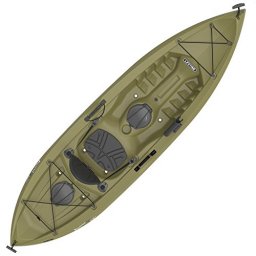 Best of the Best
Lifetime
Tamarack 10-Foot Angler
Bottom Line
A fun kayak that is lightweight yet stable and tracks well in calm water.
Shop Now 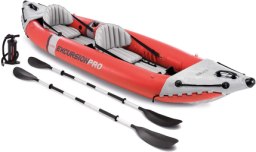 Best Bang for the Buck
Intex
Excursion Pro Kayak
Bottom Line
Great inflatable kayak that is easy to transport and great for casual or beginner anglers and kayakers.
Shop Now 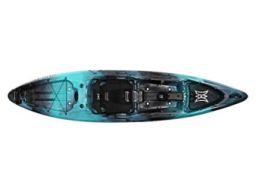 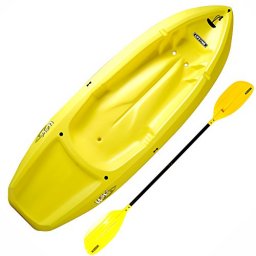 Top Pick
Lifetime
Youth 6-Foot Wave
Bottom Line
Kids can gain confidence in their paddling skills aboard this pint-sized kayak, though it may not hold up to extended use or rougher water.
Shop Now 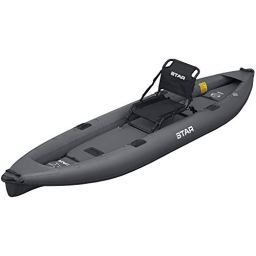 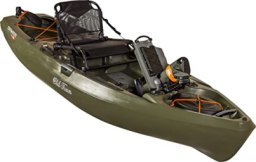 Top Pick
Old Town
Top Water DPL Kayak
Bottom Line
With a pedal-powered, hands-free design, this is the best pick for a relaxing day on the water.
Shop Now