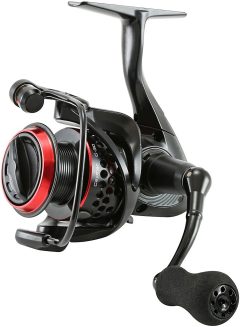 This popular reel is comfortable to use and built with strong material for optimal performance.

Product is on the smaller side. 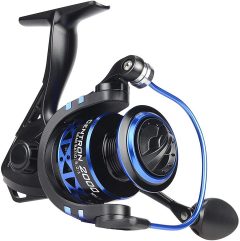 This less expensive option has a light yet powerful design for easy and successful fishing.

Some noted sizing is confusing. 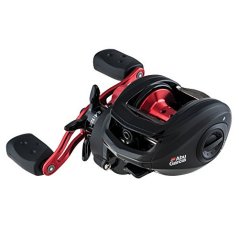 This reel is easy to operate and helps you cast with precision.

Lightweight. Made with 1-piece graphite frame, side plates, and 4 stainless steel ball bearings. Has low-profile design with recessed reel foot. Ergonomic handle is compact and comfortable to use.

May not be ideal for casting larger fish. 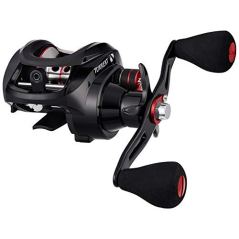 This reel is a great choice for catching bigger fish.

Durably built and climate-resistant. Available in either a right- or left-handed design. Has low-profile design. Easy to reel in line quickly. Designed with side-plate oil port for prolonged maintenance and long-lasting baitcasting reel life. 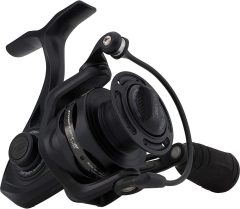 This product is designed with your comfort and best performance in mind.

Made with lightweight yet durable body and rotor. Designed with high-quality stainless steel ball bearings. Has rubber gasket to prevent superlines from slipping.

More pricey than other options.

According to industry specialists, roughly 38 million Americans enjoy freshwater fishing on a regular basis. That means there’s a huge market for freshwater reels, and so, not surprisingly, there’s an enormous choice. And that’s great because the range of price and performance options means there’s something for everyone, from the absolute beginner to the most experienced.

However, with four quite different types of basic reel designs, a dizzying array of variations, and dozens of manufacturers, choosing the right freshwater fishing reel to take your fishing hobby to the next level isn’t easy! Mistakes can quickly get expensive, too.

Finding the answers that help you make the right buying decisions is why BestReviews was created. We do the hours of research and testing so you can get the clear, concise information you need. Our recommendations underline the variety available in terms of specifications and cost, and they provide ideal solutions for many. For those who would like more detail, we’ve put together the following buying guide. 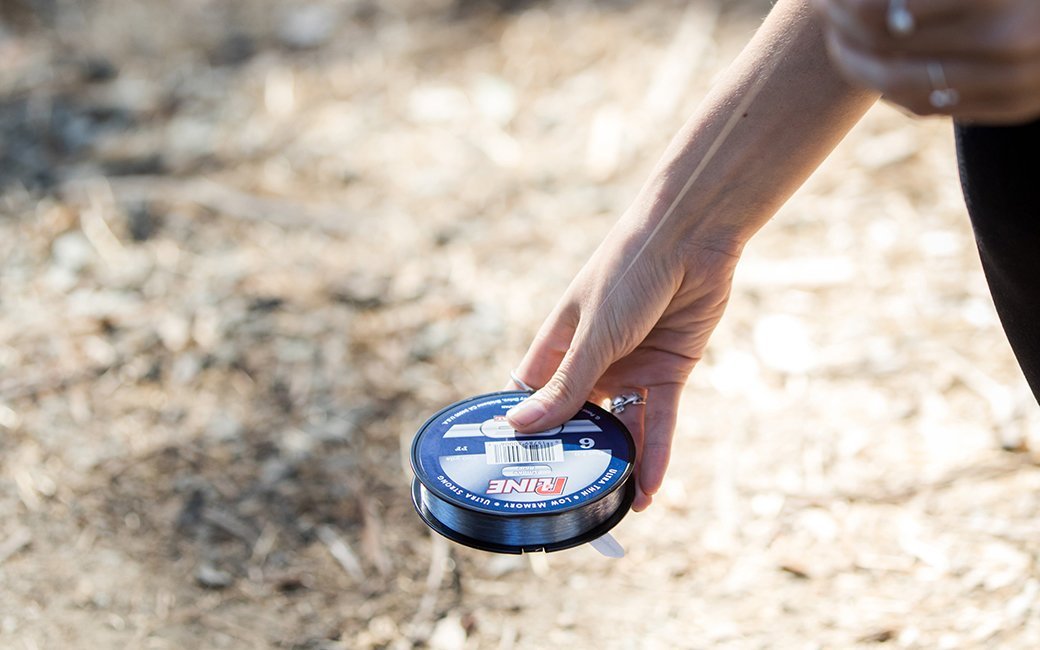 If you’re buying a spinning reel, ordering an extra spool gives you the option to change line strength quickly while you’re fishing. You can change spools on a baitcasting reel, but it’s often more complicated, so it’s not something you’ll want to do at the water.

There are four kinds of freshwater fishing reel. Although each one offers some flexibility, each is best when used for a specific kind of fishing: spinning reels, baitcasting reels, spin cast reels, and centerpin reels

Spinning reels (also called open-faced reels) are probably the most popular. Many anglers start with them because of their versatility and ease of use. They allow you to try lots of different techniques. Their all-round performance means many experienced anglers keep a spinning reel even if their main focus is elsewhere.

Baitcasting reels are designed for casting baits and lures that are heavier than those used for spinning: you’re usually targeting bigger fish. Spools generally have greater capacity, so a stronger line can be used, and more of it. Thus a baitcasting reel is preferred when longer distances are involved.

These reels are more prone to backlash (where the line doesn’t flow off the reel properly and gets tangled), so it often takes more time to become comfortable with one. Some baitcasting reels incorporate an adjustable magnetic brake to reduce backlash, but it does add to the complexity and hence the learning curve.

Spin casting reels are similar to spinning reels, the main difference being an enclosed spool. These have simple mechanisms and are very easy to cast with, so one is a good choice for beginners.

In most cases, the spool design does restrict the line capacity, and durability can be an issue. Most anglers move on to a better-quality spinning reel or baitcaster after a while.

Centerpin reels are used for fly fishing. Fly casting is a completely different action than other forms of freshwater fishing, and the fish are usually much closer, so centerpin reels don’t need great line capacity. They are excellent at what they do, but they’re highly specialized: they can’t be used as a spinning or baitcasting reel.

It’s common for keen anglers to have both baitcasting and spinning reels for freshwater fishing. While each has differences appropriate to the style of fishing and the size of fish you want to catch, they also have a number of elements in common.

This makes a lot of difference in how long your freshwater reel will last. Cheaper models use lots of plastic (sometimes in the gearing). It won’t rust, but it’s not particularly durable. Better reels use a combination of metals, including high-grade steel, aluminum, brass, and sometimes titanium. Steel ball bearings will keep things running smoothly for longer. Sealed units tend to last longer and are maintenance-free.

This is one of the most important parts of the reel mechanism. When you hook into a fish, there’s an instant escape reaction. If you only have fixed line, it could snap as the fish tries to get away. The drag mechanism is a kind of adjustable clutch, so some line can be pulled from the reel under tension. This can be adjusted by the angler. Having some “give” in the line means the initial impact from the fish can be absorbed as the line is allowed to unspool before it’s reeled in again. The fish can surge several times but usually won’t be lost.

Setting the drag on a spinning reel is done at the front, on baitcasters and spin casters on the side toward the rear, and on centerpin reels in the center of the hub. The more tension adjustment the better. Construction of the drag should give a smooth response. Hard-wearing metal components with carbon fiber washers are considered by many to be the optimum combination.

Retrieval speed will to some extent depend on how quickly you wind the handle, but gear ratios change the number of feet per rotation, ranging from around 5:1 on a slow reel to 9:1 on a very fast model. Bear in mind that you don’t always want the fastest; it will depend on the type of lure you use. Sometimes a slow retrieve presents a more lifelike bait action. Somewhere around 6:1 or 7:1 is a popular compromise.

This is a useful feature on spinning and spin cast reels. It prevents the handle winding back suddenly and hitting your hand.

In itself, weight isn’t a major issue, but being lighter usually makes the reel easier to handle. Spinning reels tend to be smaller, but even robust baitcasters seldom weigh much more than half a pound. What’s more important is to consider how the reel pairs with your rod. You certainly don’t want a big, powerful freshwater baitcaster on an ultralight fly rod! That’s a bit of an extreme example, but it illustrates what we mean.

The type of line you use, and its weight (strength) has a major impact, too. In general, there’s no right or wrong; people develop their own preferences. Fortunately, it’s an inexpensive product so it won’t cost much to experiment with each kind until you find what’s best for the waters you fish and the style of fishing you prefer.

You can buy a cheap freshwater reel for around $20. As an introduction to angling, or if you only fish occasionally, one of these can be okay. However, they are rarely very smooth or durable. Those who fish regularly will soon want to upgrade.

Better quality starts at around $40 and between there and $100 you’ll find a wide choice of models from all the top brands. Most people, from beginners to experienced anglers, can find what they need in this range.

Real enthusiasts have more precise demands and are prepared to make a significant investment. The finest freshwater reels can cost as much as $400. 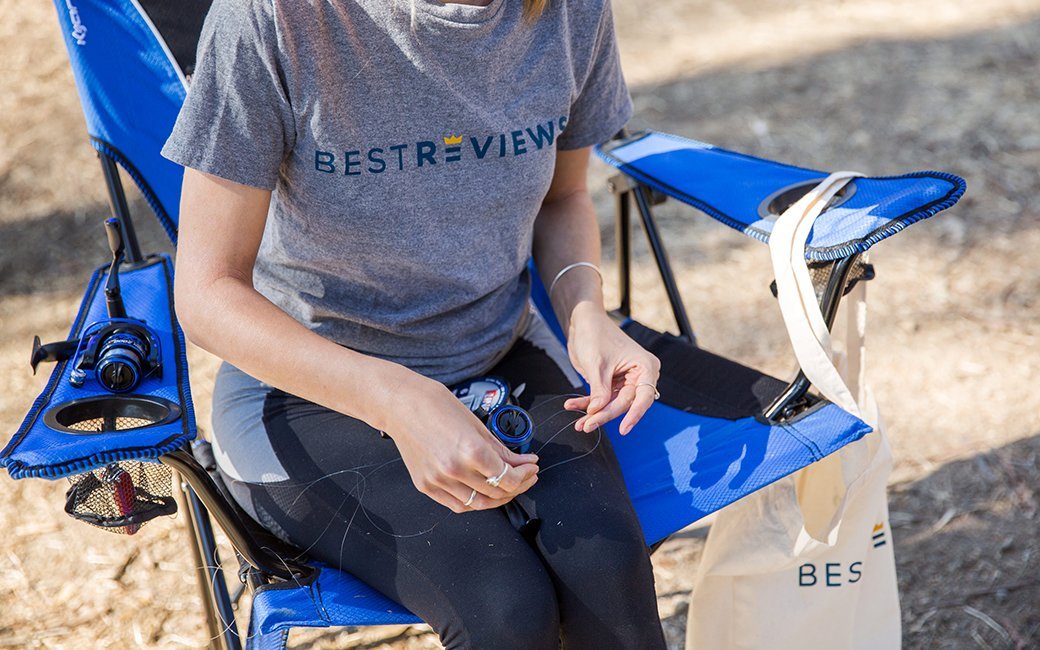 It’s important to keep the line under a little tension when loading your fishing reel. Loose line is a major cause of tangles (known as bird’s nests). You can buy a winder, make your own (find instructions online), or ask an angling buddy to help.

Q. Do I have to order a specific right- or left-handed freshwater reel?

A. It depends on the type. The construction of a spinning reel means it’s easy to swap the handle from one side to the other, so they aren’t “handed”; it just takes a couple of minutes to change it. The same is true of spin cast reels and most centerpin models. Baitcasting reels, however, cannot be changed and so must be ordered as either one or the other.

Q. Can I use a saltwater reel for freshwater fishing?

A. You can. In fact, saltwater reels are usually made from more expensive materials and are arguably better made. The drawbacks are that they are generally more expensive and often larger, so they aren’t well suited to many freshwater rods.

If you regularly fish in the ocean and already have all the gear, then going freshwater fishing with it occasionally will be fine. If you’re going to fish freshwater regularly, it’s always better to have more focused equipment. The other way round is not such a good idea. A freshwater reel isn’t designed to put up with the caustic environment of saltwater fishing, and it most certainly won’t last long.

Q. Does a freshwater reel need much maintenance?

A. No, but regular servicing and maintenance will definitely prolong its useful life. The manufacturer should provide instructions, and there are lots of good instructional videos online. You’ll need a small screwdriver and tweezers. A toothbrush and a few toothpicks can also be useful. Be careful and patient and use proper fishing reel cleaners and lubricants. Do not use WD-40 or similar products because they can remove dirt but also dissolve lubricating grease. Also, avoid gasoline or solvents, which can attack plastic parts and seals. 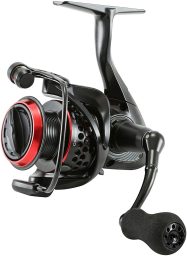 Best of the Best
Okuma
Ceymar Spinning Reel
Bottom Line
This popular reel is comfortable to use and built with strong material for optimal performance.
Shop Now 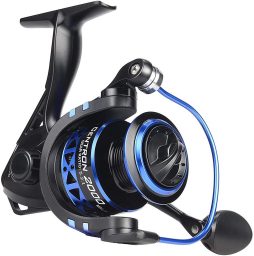 Best Bang for the Buck
KastKing
Summer and Centron Spinning Reel
Bottom Line
This less expensive option has a light yet powerful design for easy and successful fishing.
Shop Now 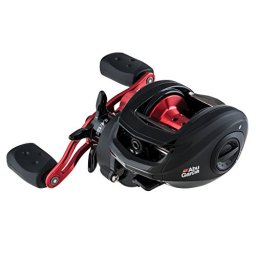 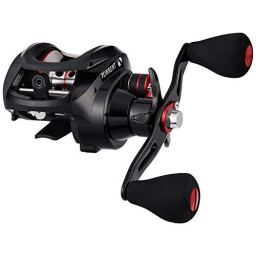 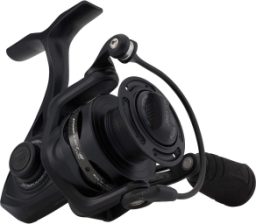 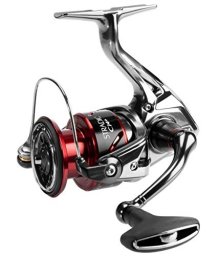 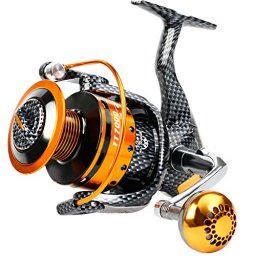 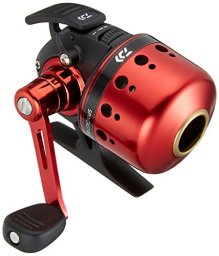 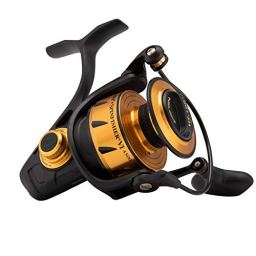 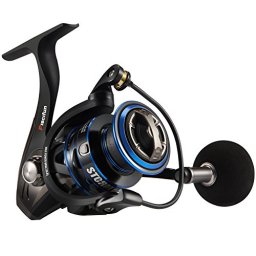 Top Pick
Piscifun
Storm 6:2:1 5500 Reel
Bottom Line
Reasonable price point for a freshwater reel. You can operate this reel quickly when you need to bring in the line.
Shop Now