The feature-packed Amazon Astro monitoring robot is just as adept at watching over your home as it is useful for accomplishing everyday tasks around the house.

Can only be purchased after an invitation from Amazon. 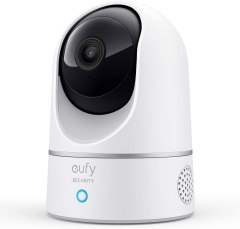 Every pet owner who is regularly away from home will want to buy a set of user-friendly Petcube monitoring devices to check in on their furry friends.

Higher resolution models would be appreciated. 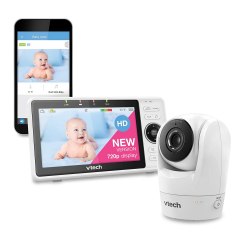 Parents who need the convenience of checking in on their baby at the tap of their smartphone will enjoy this user-friendly monitoring system.

Is it a toy, or is it a recording device? Monitoring robots have advanced considerably over the past few years to the point where they are a full-fledged and inexpensive security solution. Whether you want to keep an eye on children, pets, elderly parents, or even just an empty house when you’re at work or away, a monitoring robot has you covered with video and audio that you can control through a computer or smartphone.

These robots range from simple monitoring devices to feature-packed security tools that can be used in a variety of ways. This guide will help you to unravel this niche consumer category, with a detailed examination of some of the features and other considerations that you will need to address when shopping for a monitoring robot.

We also share some of our favorite monitoring robots and offer insight into what you should expect to pay for one. 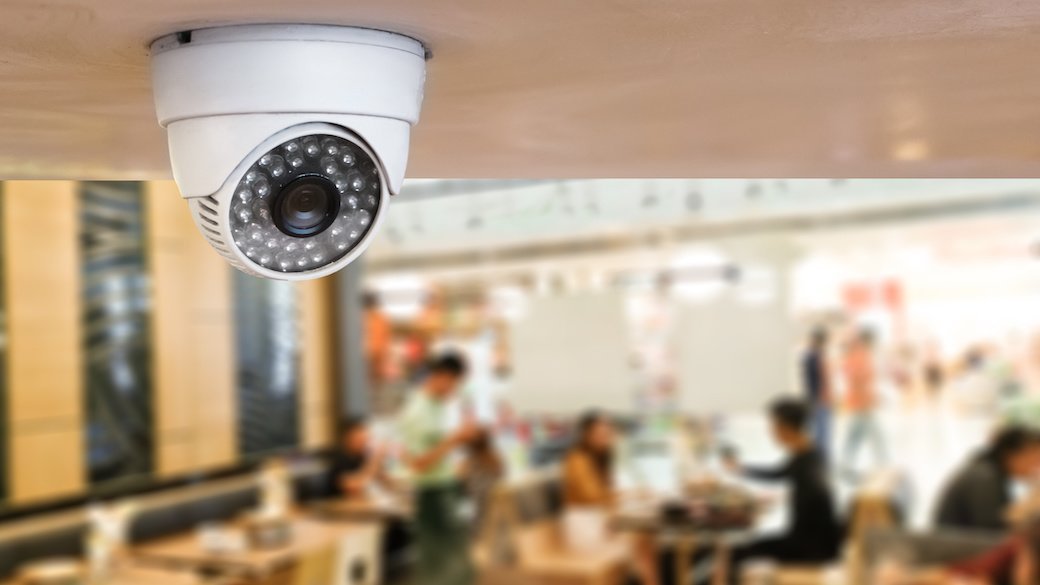 Auto-cruise mode on a robot allows it to automatically survey the area that it is monitoring.

A robot that can move can often monitor a larger area, but it might also be more difficult to use and keep powered up. If the robot is mobile, be sure that it can operate on multiple surfaces. Something like four-wheel drive can really help, particularly if you have carpeting or other difficult floor surfaces.

How is it controlled?

Like pretty much everything else these days, monitoring robots can be largely controlled through an app on your smartphone (or computer, in some cases). When shopping for a monitoring robot, be sure that its app will work with your phone. The majority work with iOS and Android, although you should verify that it will also work with whatever version of either that you are using.

Also, know what the app can do. Some offer simple controls, while others are feature-rich and offer a variety of advanced features, such as bookmarking and facial recognition.

How is it powered?

Stationary robots usually are wired for power, but mobile robots don’t really have this option. Mobiles generally run on rechargeable batteries and ship with a docking station to keep the batteries charged up. Some robots require you to charge them by hand, while others have the ability to autodock when their batteries are running low.

If you are buying a mobile, it should ship with the dock. You should also find out how long it takes to charge the robot, and when charged, how long the charge will last before the robot has to return to the dock. Also, will the robot still operate when it is sitting in the dock? The best options here will allow for 360º of monitoring even while being charged.

How incognito is it?

For some of these, you’d probably look at them and think, “Yup, monitoring robot.” Others really do more resemble (and function as) remote control toys. If you would rather not broadcast the fact that you are keeping an eye on your house, go with one of the latter.

Did you know?
Some robots have an automatic stand-up feature, where they are able to easily right themselves if they topple over.
STAFF
BestReviews

The majority of these robots feature two-way audio, allowing you to both hear and talk to your child, pet, burglar, etc. Two-way audio can often work as an intercom (one person talks at a time) or as a hands-free way to have a conversation through the robot.

The audio should be of high enough quality to clearly hear. Some robots feature anti-noise filters, which can really help with sound quality.

As the visual aspect of these is pretty much the primary reason for buying one, pay special attention to the video and still-image capabilities of any monitoring robot you are considering.

For video, the standard here is 720p HD, while some robots can hit 1,080p HD. Know how the video is stored and what sort of advanced features you have with it (zoom? Wide-angle lens? Auto-cruise mode?). The robot should have a full range of motion, usually 360º with a tilt of 112º.

If still images are important to you, know how many megapixels the robot’s camera is. These usually range from 1.3MP up to 5MP.

The majority of these work over WiFi, with 2.4GHz being standard. Some — particularly stationary robots — also give you the option of using Ethernet to plug directly into your LAN.

These are some of the more common advanced features that you will find:

You will pay up here primarily for advanced features, such as facial recognition, a higher-quality build, and more storage capabilities. Other top-end features include a richer alerts system and a finer control of the robot from a distance. 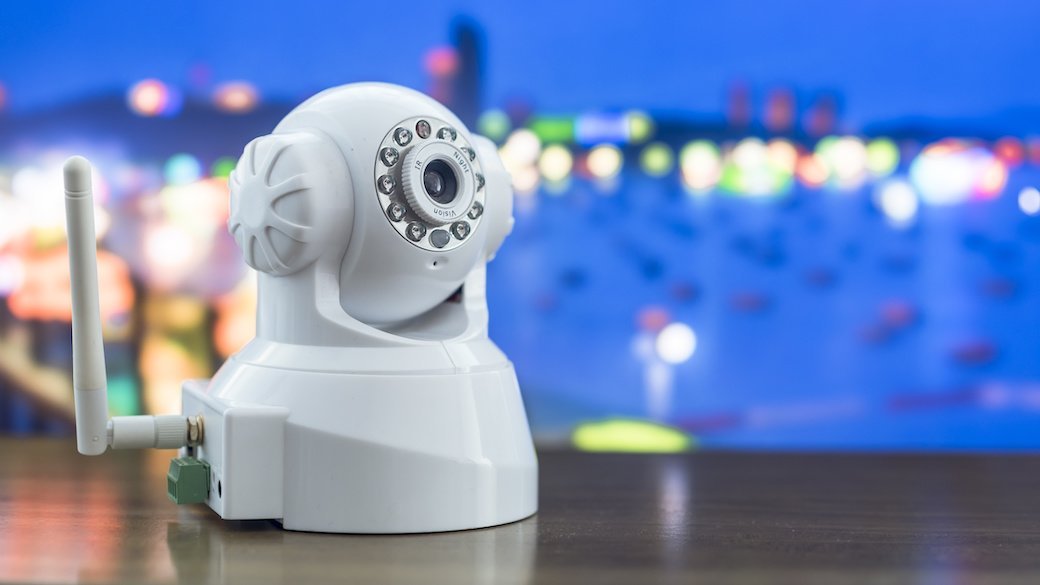 A robot with an anti-noise filter will generally have cleaner audio.

Q. What video storage options do these have?

A. This will largely vary by robot, but some common ways that these robots store videos include:

Q. How does autodocking work?

A. Autodocking allows mobile robots to automatically link with their charging docks. Depending on the robot, this can be accomplished in a number of ways. Sometimes the robot will automatically return to the dock when its battery runs low. Others require the user’s help, either through the simple push of a button on the app or by maneuvering the robot to within a set distance from the dock, at which point the robot will autodock.

Q. What are some of the advantages of a mobile robot?

Best of the Best
Amazon
Astro
Bottom Line
The feature-packed Amazon Astro monitoring robot is just as adept at watching over your home as it is useful for accomplishing everyday tasks around the house.
Shop Now 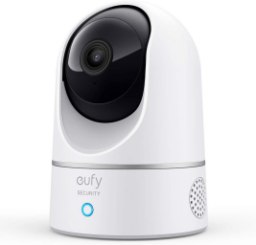 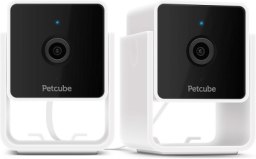 Top Pick
Petcube
Cam HD Monitoring With Vet Chat Pet Camera
Bottom Line
Every pet owner who is regularly away from home will want to buy a set of user-friendly Petcube monitoring devices to check in on their furry friends.
Shop Now 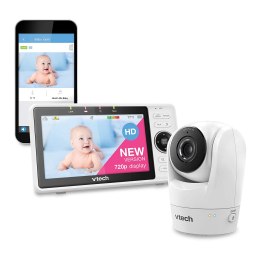 Top Pick
VTech
VM901 Wi-Fi Remote Access Video Baby Monitor
Bottom Line
Parents who need the convenience of checking in on their baby at the tap of their smartphone will enjoy this user-friendly monitoring system.
Shop Now 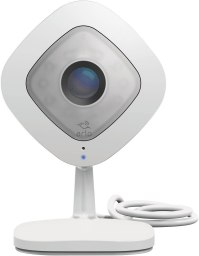 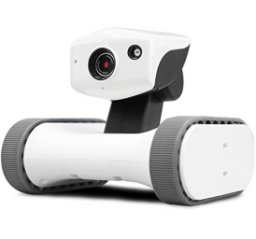 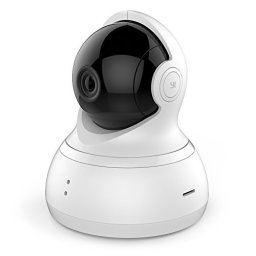 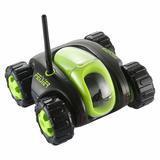 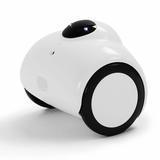 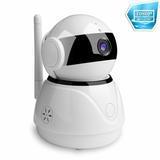