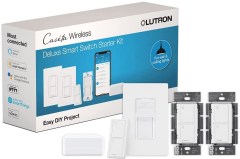 Great and easy-to-install smart switch that is both reliable and durable.

Comes with a great app and in a 3-way kit. Can set timers for lights and can adjust everything from the app alone. It is easy to install and does not take a lot of time.

Requires a smart bridge for use. 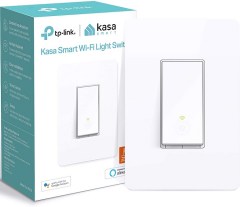 Relatively easy to install, this affordable smart switch is praised for its energy efficiency.

App guides you as you install. Easy setup. Compatible with many voice control platforms. Schedule on and off or control from anywhere. Stays cool to the touch. Requires neutral wire.

Several complaints about customer service. Some functions may require a Smart Hub. 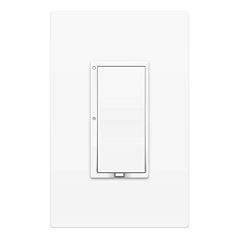 Available in multiple colors, this responsive smart light switch can be controlled via a handy smartphone app.

Pairing is quick and easy and results in a reliable connection with the mobile app. LED lights on switch conveniently let you know what mode it's in. 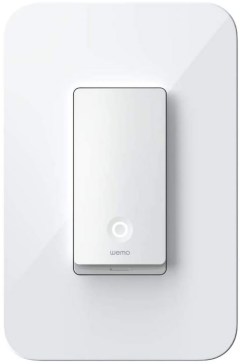 Can be connected to Google Assistant and Alexa, which allows it to connect to other smart home hubs. Comes packed with features, such as timers, scheduling, and remote use.

Requires some wiring installation which may be a bit tricky for some users. 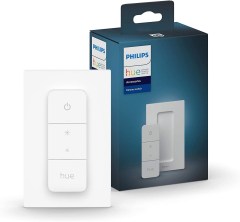 The newest Hue Smart Switch model comes packed with features and with a good remote.

No wiring means that it is easier to install and quicker to use. The remote is a great addition, and it makes using the switch much easier.

What is a smart light switch? These devices grant you higher levels of control over your lighting by using apps, voice controls, and clever smart home integration. Not only can you turn your lights on and off from anywhere, but you can also utilize scheduling, dimming, automation, and even intelligent monitoring systems to make it look like you’re home when you’re not. In addition, smart light switches can save you money on power and add personal touches to your home lighting. 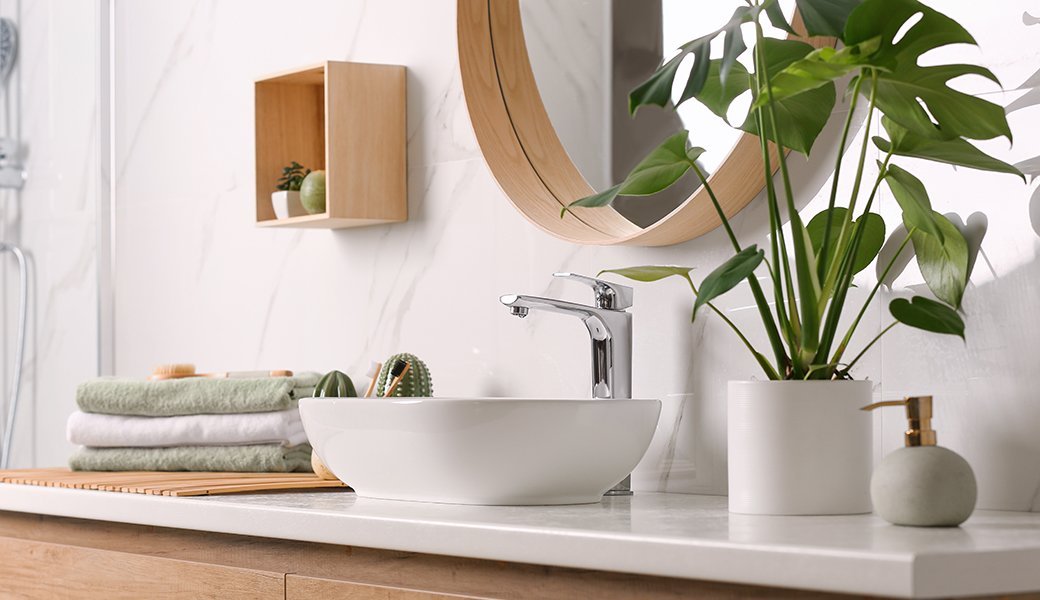 If you aim to install a smart light switch in a bathroom, consider a water-resistant model that can stand up to the humidity over time. If not, the switch could fail, potentially requiring a complete reinstallation.

As with any element of home design, smart light switches offer an abundance of choices. And while you might think the additional features would make smart light switches bulky, they’re commonly quite thin and able to fit almost flush with your wall. Depending on the model, you might be able to choose different colors, shapes, and thicknesses to mesh with your dėcor. Select the version that’s best for you, remembering that most switches can be easily painted to match the wall.

The primary advantage of a smart light switch is the ability to control the lighting without physically touching the switch. The method you use to control the lights can vary (more on that below), but if used correctly, you can turn on, turn off, dim, set timers, schedule, and randomize your lights from afar. Certain models offer sunrise and sunset syncing, which uses weather data to match your light’s brightness to daylight.

In order to use all the smart light switch features, the switch needs to connect to a network of some sort. Commonly, this is your home WiFi network, because this seamlessly integrates your lights with Amazon Alexa, Google Assistant, Apple HomeKit, a security system, or another smart system of your choosing. In many cases, this permits you to control your lighting with your voice. Similarly, you can use the manufacturer’s proprietary app to control your lights from your smart home, computer, or mobile device over Bluetooth.

A smart light switch has more features than a conventional light switch, so it’s only logical that it requires a bit more work to install. It’s certainly not impossible, though, and most can be put in without leaning on professional help.

No matter which version you choose, you’ll have to replace your existing switch. This requires turning off your circuit breaker, removing the cover or plate, and using a voltage tester to confirm the circuit is not under power. Then it’s a matter of unscrewing the switch from the electrical box and disconnecting the wires.

The time it takes to install a smart light switch can vary depending on the product, but manufacturers commonly list a generalized difficulty rating or an estimated completion time. Units that require additional power in the form of a neutral wire take longer, as do those that necessitate modifications to the electrical box or wall to fit. Review the product description carefully, and if it seems like too involved of a job for you, consider hiring an electrician.

Did you know?
For a more luxurious feel, some switches boast soft-press buttons with low-amplitude swings. This may not sound like much, but small touches like that can add a more premium vibe to a room.
STAFF
BestReviews

Nearly all smart light switches require a neutral wire to function properly. In a nutshell, a neutral wire or line provides power to the switch even when the lights are off, allowing it to store necessary data such as network settings. Neutral wires need an additional installation step, but self-powered switches eliminate the need for one. Generally, these switches either have batteries or connect to another receiver. These are significantly easier to install because they require little to no wiring, and they are easily moved.

One of the biggest advantages to a smart lighting setup is convenience, but there’s a lot more to it than practicality. For a premium fee, some switches offer full touchscreens, microphones and speakers, on-plate dimmer switches, and even soft-press buttons with high-end finishes.

Did you know?
Bluetooth and WiFi are very common means of data transmission, both in smart light switches and the mobile devices we use every day. You may see others like ZigBee or Z-Wave as well, and while these systems have distinct differences, they function very similarly to WiFi and Bluetooth in practical use.
STAFF
BestReviews

Smart light switches can be purchased for less than $20. For the money, expect single switches or two-packs with app connectivity, smart home product compatibility, and a basic, clean look.

For $50 to 70, you can find packs of multi-way switches with dimmer functions, allowing you to tailor exactly the style of lighting you want from different locations. In this price range, the companion apps boast tons of features like scheduling, vacation modes, timers, and personalization.

At the top of the range, expect to spend $100 and more for the slimmest, most aesthetically pleasing switches with luxurious features. These may also boast internal batteries to simplify installation.

"With respect to light switches, the term “gang” refers to the number of actual switches (and sockets, consequently) on the switch plate. Sometimes they’re called rockers, dimmers, or throwers."
STAFF
BestReviews 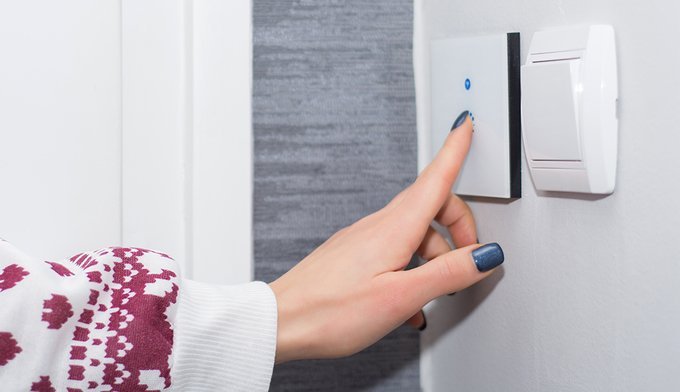 In addition to assisting you in controlling and scheduling your lights, select apps allow you to monitor your connected features to track the amount of energy they use. If you notice your energy bill spiking, features like these can go a long way toward tracking down the culprits.

Q. What is a neutral wire, and why do I need it?

A. With a few exceptions, smart light switches generally feature a neutral wire or neutral line. The purpose of this line is to provide power to the switch when the lights are turned off, something that becomes necessary when you add smart features. If there were no extra power, and the circuit was broken once the switch was flipped off, it would not be able to store information like WiFi logins, home security preferences, and other settings. This means you wouldn’t be able to integrate your light switches with your alarm system or smart speakers.

Q. What are two-way, three-way, and four-way switches?

A. These terms are extremely common among electricians, but if you don’t often work with wiring, it can be a bit confusing. Let’s clear it up.

Smart light switches are generally one- or two-way, but there are examples of three- and four-way, too. Sometimes, they interface with a separate wireless receiver, which can broadcast a signal across your home for multi-way connections.

A. Each product has its own advantages and disadvantages. 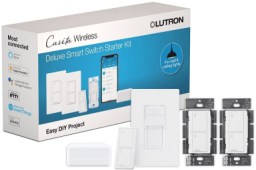 Best of the Best
Lutron
Caseta Switch
Bottom Line
Great and easy-to-install smart switch that is both reliable and durable.
Shop Now 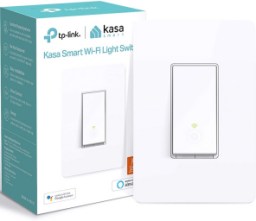 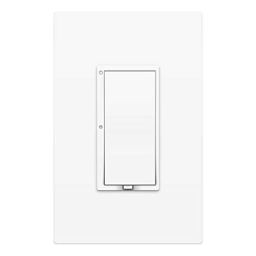 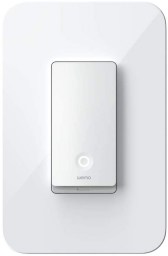 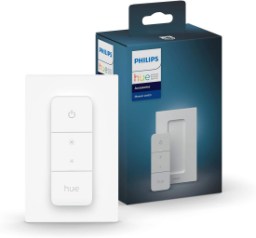 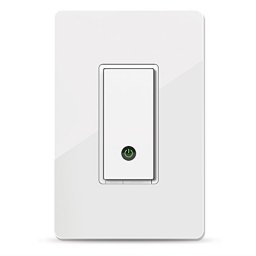 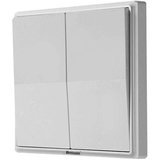 Top Pick
Breezesmile
Smart Wall Switch
Bottom Line
This self-powered light switch is a great option for those on a budget. Perfect for those who don't have the correct wiring required by other models.
Shop Now 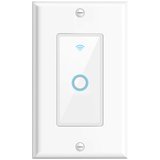