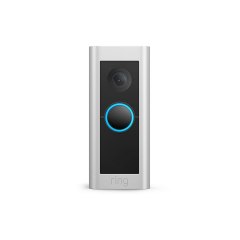 Sleek design and convenient integration with your modern devices. Can be wired to use your existing chime while offering useful additional features.

Features HD video feed with night vision and two-way communication which you can access anywhere on your smartphone, tablet, or PC. Alerts you whenever anyone presses your doorbell or triggers the motion sensor. Easy to install.

Motion sensor often triggers when people are walking away (not when they approach). Some customers report firmware unreliability issues. 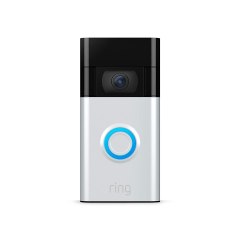 If you're on a budget, this is an affordable entry-level Ring Doorbell with a few premium perks, like improved motion detection.

Records in 1080p HD for crisp images. Sends mobile notifications when the doorbell is pushed or of motion sensors are triggered. Pairs with Alexa-enabled devices and offers two-way talk. Powered by a rechargeable battery. Comes in two finishes.

Monthly subscription required. Some reports that the doorbell isn't as reliable in plunging temperatures. 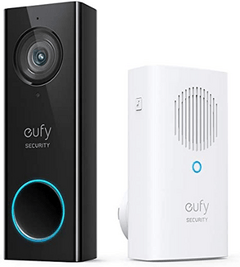 This model offers high video and image quality, as well as two-way communication with front door guests or delivery professionals.

Shoots in crystal-clear 2K resolution. Equipped with two-way audio. Designed with AI technology to detect body shape and face pattern so you're alerted only when humans are at the door, not critters. Supports eight unique chimes, including holiday tunes. No subscription required.

Doesn't integrate with Google Home. Not as reliable as expected for motion detection.

In addition to being affordable, this video doorbell delivers smart alerts for easy security management.

Has 180-degree viewing angle for better visibility. Detailed HD video shoots clear images, even in low-light conditions. Weather-resistant and won't malfunction in direct sunlight or extreme cold. Users can respond with two-way audio or can deliver a pre-recorded reply. Integrates with Alexa.

Subscription required. A couple reports that the device was difficult to set up and malfunctioned.

Made by a trusted brand, this wireless doorbell system makes sure won’t miss deliveries or visitors when you’re outside.

Has adjustable volume and lets users download MP3 for customized sounds. Equipped with eight tunes. Chime goes off at 90 decibels, making it loud enough to hear if you're not right next to the device. Comes with wall mounting hardware. Available in more than 1 color.

Range is only 450 feet. Guests must hold down the doorbell's button to trigger the chime.

Buying guide for the best doorbells The evolution of the doorbell Traditional or electronic? Factors to consider FAQ

Buying guide for the best doorbells

Finding the right doorbell for your home means deciding between a simple chime with a receiver and a smart device with several security features. Doorbells range greatly in their features and function, so consider your needs carefully before making a purchase.

Simpler models have a basic chime and possibly a wireless receiver to talk to your visitors. Traditional doorbells are still available, but electronic doorbells offer a handful of additional features, like live video feeds and motion-detecting recording. Wired doorbells tend to be more challenging to install than wireless models, but you can trust them to work without worrying about changing batteries.

Choosing a doorbell is not as simple as picking one with a style that fits your home and a pleasant chime. The range of features available can be intimidating, but we will explore each one in detail to simplify this decision. 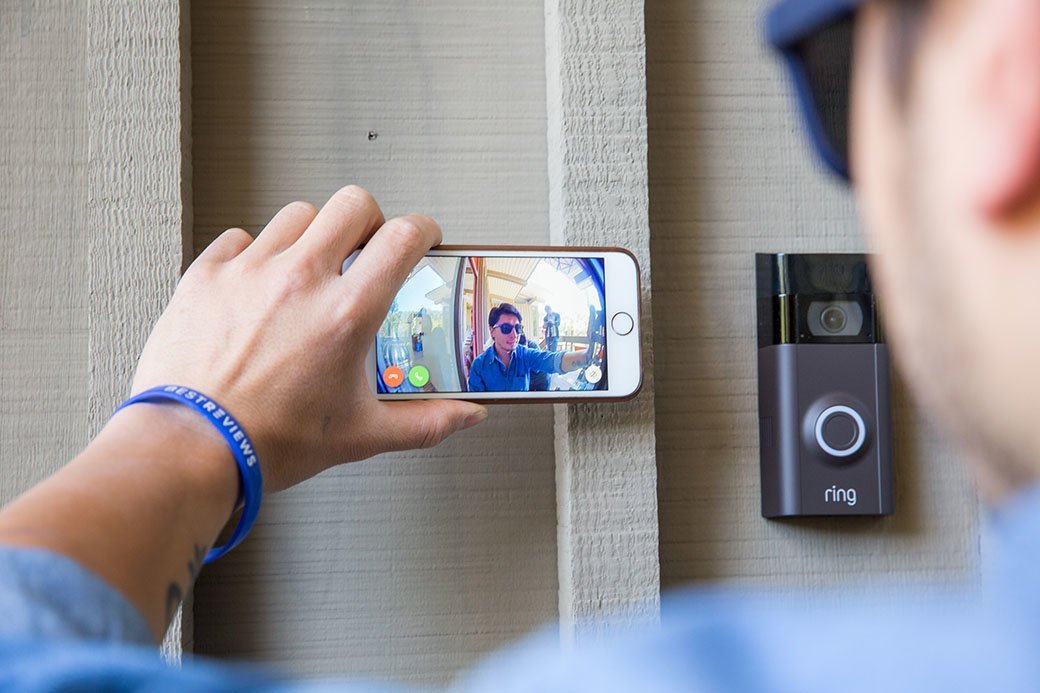 A video or smart doorbell may save you money, as sometimes insurance companies will offer a lower rate if your home has surveillance equipment.

The evolution of the doorbell

It used to be quite simple. Someone stepped onto your doorstep, and pushed a button next to the door, although earlier renditions consisted of a pull cord. Once that button was pushed, it ran along a wire to a “bell” inside. It would ring the bell to alert you that you had company, as sometimes knocking on a door isn’t quite loud enough.

Eventually, that tone that was heard came to be more than just a ding dong. Sometimes it’s just one tone instead of two, and other times it’s more of a buzzer or a chime. And there are much more involved doorbells as well that use many tones and can combine those tones to actually play a song.

In the last few decades, the advance of technology has also brought us wireless doorbells. The tone or tones play through radio signals instead of a wire.

Along with improved technology came a greater concern for security. First, voice communication from interior rooms to the door became common, and today, video cameras are easy to find and install. While many people have separate video cameras and doorbells on their entryways, some units combine both features.

Most modern doorbells are more of a chime sound, and the operating mechanism for these hasn’t changed much in decades. They use solenoids, which are a special type of electromagnet.

Did you know?
It’s possible to have two separate doorbells in one system for two individual entries. You can program the chime to be different so that you will know which doorway your visitor is standing at.
STAFF
BestReviews

More and more homes now have electronic doorbells which don’t use electromagnets.

When the button is pressed, an integrated circuit registers and triggers s digital sound, sometimes a song. Some of these are wireless so that the homeowners don’t have to worry about special wiring.

Did you know?
With a video or smart doorbell, your smartphone can show you who’s on your doorstep even if you’re not home.
STAFF
BestReviews

The doorbell you choose for your home will be what works best for you, whether it’s a classic chime, electronic, a techno marvel that includes video, wired, or wireless. You might consider how much will be involved for you to install it, as the difficulty of installation can vary greatly. Think about whether you want additional security measures, and consider the options for the interior speakers.

If you’re not able to run wires through your home for a doorbell system, you’ll want to go with a wireless doorbell. They work off a radio transmitter that receives its power from a battery. When the button is pushed, a radio signal goes out. The receiver unit picks it up and activates the sound. You’ll hear either a “ding dong” or a longer sequence.

But if adding wiring in your home and you don’t mind doing the work to install it, or if you have existing wiring, you would do well with either wired or wireless.

"Wireless chimes will generally function at a distance of about 100 to 150 feet, with long-range doorbells reaching between 300 and 500, although there are some units that can reach even longer. "
STAFF
BestReviews

Why make do with a tiny little peephole in your door? A video camera on the doorstep provides you a much clearer picture of what’s outdoors. And you don’t even have to mount a separate device. You can get a doorbell that already has it included.

These video doorbells don’t just ring when someone presses the button. They work off WiFi and can also ring when they detect motion and can send a push notification to your smartphone where you can see video of the person on your doorstep. They usually also work as an intercom, so that you can answer the door from any room in your home. Some models need to be hardwired to your home’s electrical system.

The ease of installation will, of course, depend on which options you pick for your doorbell system. Wireless is obviously easier than wired.

But whether or not you have to run wires throughout your home, or are working with existing wires, you still have to install the actual doorbell and receivers by hanging them in your home. This can be a simple process, taking no more than a few minutes, while working with wiring will obviously add more to the installation time.

Most smart doorbells are battery-powered, so you’ll only have to hang the unit on your doorstep. There are no wires to run through the walls, but you will need to download the app.

Many doorbell systems today come with the traditional speaker setup: a single speaker, meant to be permanently mounted in a central spot in your home. However, you can find many systems with more configurable options. Some have portable units, so you can carry the speaker from room to room. Many also come as sets, with two or three speaker units, to prevent you from missing callers because you’re at the “wrong end” of the house. Also, some doorbell systems include visual cues on the speakers, such as flashing lights. These are excellent options for the hearing impaired, and they can be used by anyone to provide silent notification of a visitor when the audio output is muted.

The price you can expect to pay will vary depending on options, as well as whether you go simple with chime or electronic, or go more involved, such as with a video or smart doorbell.

Q. Can I get a doorbell that will play any sound or song that I want?
A.
Yes. While this feature isn’t available on all doorbells, it is available on some. You can program them to play your favorite song or a funny phrase that would go along with a doorbell ringing.

Q. What do I need for a smart doorbell?
A.
You’ll need a strong WiFi signal by your door and possibly wiring, depending on if the doorbell requires house power or is battery-powered. 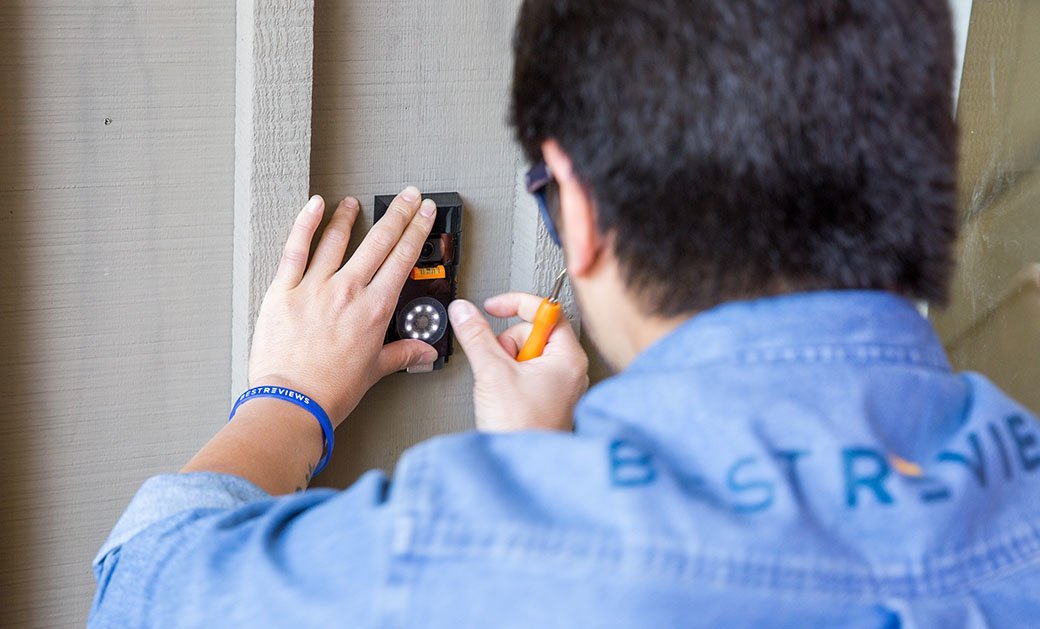 Pet doorbells are also available, so that your dog or cat can let you know when they want in or out. They are activated either by the pet stepping on a special mat or by a special collar. 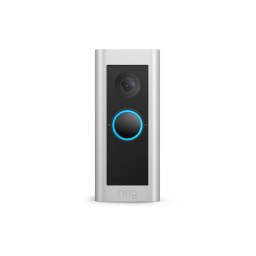 Best of the Best
Ring
Video Doorbell Pro
Bottom Line
Sleek design and convenient integration with your modern devices. Can be wired to use your existing chime while offering useful additional features.
Shop Now 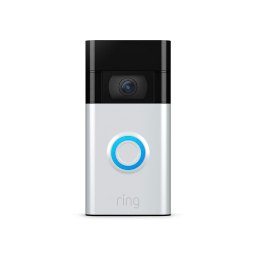 Best Bang for the Buck
Ring
Video Doorbell
Bottom Line
If you're on a budget, this is an affordable entry-level Ring Doorbell with a few premium perks, like improved motion detection.
Shop Now 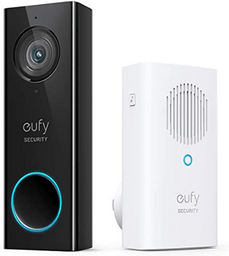