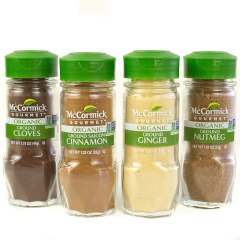 Bake something great with these 4 traditional spices that are organic. 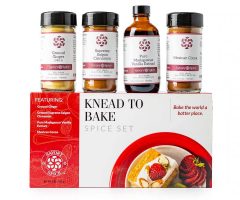 The inclusion of vanilla makes this an excellent baking set, according to our baking expert.

Includes only 4 spices. Amount of cocoa may be impractical. 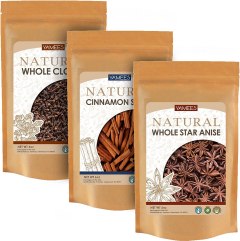 Our baking expert notes that this is an ideal set for those who prefer spices in their pure form.

Six ounces of each spice should spread a long way. Cinnamon is beloved in baking and tea. Star anise and cloves can be ground to your liking. All three work in conjunction with each other.

These can be quite strong.

Versatile blends of some of the most beloved baking spices that are suited for fall and winter treats.

Blends are ideal for pumpkin and apple pies, baked fruit, and squash. Also comes with mulling spices for scrumptious beverages. Quality spices are fresh and crafted in small batches.

Rare reports that spices weren't as potent as anticipated. 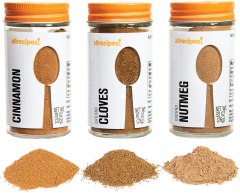 Go-to baking spices for a variety of cakes, bread, and sweetened drinks, as well as pies, which our expert highlights.

Spices are great for sweet baking recipes. The cinnamon is flavorful without being overwhelming. Cloves help balance out other sweet flavors. Nutmeg adds some sweet spice.

Some find these spices weak compared to others.

If you love baking, especially during the holiday season, baking spices sets contain all the basic fragrant spices you need to bake favorites such as pumpkin pie, gingerbread, and lebkuchen. Of course, you can buy these spices separately, but a set makes the process simpler. What's more, you can find baking spices gift sets in attractive tins and packages, which make excellent gifts for keen bakers.

Baking spices sets aren't identical, so you'll need to consider which spices you want and choose your set accordingly. You can always get extras to supplement your baking spices set if you find you need them down the line. For the sake of convenience, your chosen spices should fit in your spice rack and should be easy to reseal to keep them fresh. 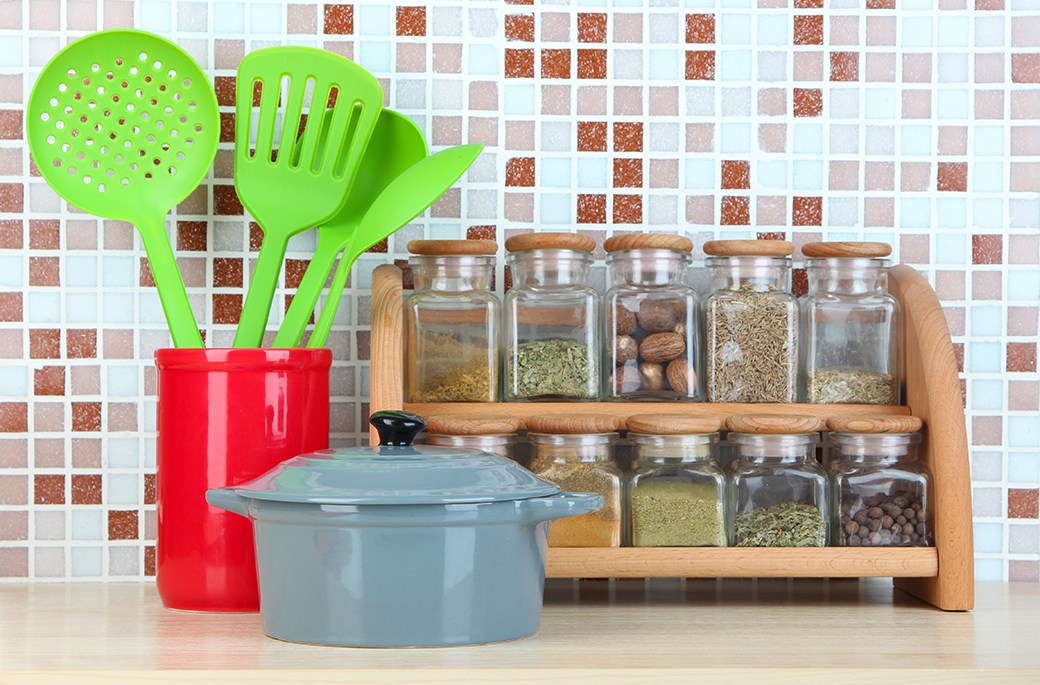 If you regularly cook or bake, consider finding a spice rack to organize your spices and make them easier to access.

How to choose the best baking spices set

What's in a baking spices set?

Not all baking spices sets contain the same spices, but they generally have spices in common. The four core spices that you'll find in basically every baking spices set are cinnamon, ginger, nutmeg, and cloves. Many also contain allspice, but it isn't a given. Then, you have your less common spices that are occasionally found in baking spices sets. These include cardamom, a delicate, highly fragrant herb often used in Indian cooking, and mace, a spice that comes from the coating of the nutmeg seed and has a similar flavor but is slightly more potent. In addition to these individual spices, some baking spices sets also include spice mixes, such as pumpkin pie spice and gingerbread spice, for when you want to take the guesswork out of spice ratios for classic desserts and baked goods.

You might still be wondering if you should get a baking spices set or individual spices. Ultimately, baking spices sets are simply designed to make it easier to get all the spices you need to bake with. The problem comes when they're significantly more expensive than the same spices separately. In this case, it makes sense to buy individual spices rather than a set. You can also do a bit of both, such as choosing a spice set that contains the core fragrant spices, then finding cardamom and mace separately.

Gifting vs. everyday use

Baking spices sets generally fall into two categories: those for gifting and those for everyday use. When you're selecting spice sets for everyday use, you'd expect them to come in standard spice jars without any special packaging and to cost roughly the same amount as you'd expect to pay for the same spices individually. Baking spices sets for gifting usually come in metal tins and more elaborate packing so that they look good when given as gifts. You can expect to pay slightly more than you would for the same quantities of spices for everyday use due to the increased cost of the packaging. 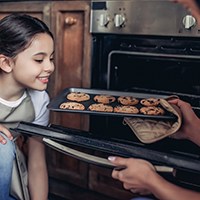 Expert tip
Check the age of any discounted spices you want to buy. You want something fresh – old spice is only good for men’s cologne.
Andrea Boudewijn
BestReviews Cooking and Baking Expert

What features do baking spices sets have?

It's annoying when you have packs of spices that don't fit on your spice rack. This means you have to store them elsewhere, and they may end up being pushed to the back of a cabinet and forgotten about. Look for spices in standard-sized jars that will fit your spice rack or other spice storage solution.

It's possible to find baking spices sets that contain USDA-certified organic spices. This might not make a huge difference to how your baking turns out, but some buyers simply prefer to eat organic where possible. Any certified organic products will also be non-GMO.

Choose spices that come in jars or tins with lids that seal tightly. This helps keep moisture from getting in and preserves your spices for longer. If your chosen spices aren't resealable, consider transferring them to resealable containers. 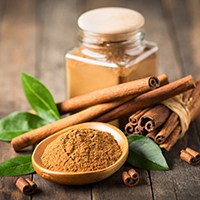 Expert Tip
Consider buying your spices in their original form –  like star anise, cinnamon sticks, and cardamom pods – then grinding them as you use them. The scent and flavor are much stronger this way, which lends a fantastic flavor boost to your cakes and cookies.
Andrea Boudewijn
BestReviews Cooking and Baking Expert

What accessories do I need for baking?

Whatever you're baking, you'll need bowls to mix the ingredients in. The Pyrex Glass Mixing Bowl Set includes three nesting mixing bowls of varying sizes that are microwave-safe, dishwasher-safe, and non-porous so they won't hold on to colors or odors.

Baking requires accuracy, so you need measuring cups to measure out your ingredients. It might not be quite as accurate as using kitchen scales, but most U.S. recipes use cup measurements. OXO Good Grips 4-Piece Stainless Steel Measuring Cups feature 1, 1/2, 1/3, and 1/4 cup measures.

A bakeware set contains all the pans you need to bake practically anything. The Farberware Nonstick Steel Bakeware Set features 10 pieces of bakeware, including a baking sheet, round and square cake pans, muffin pans, and a loaf pan.

How much do baking spices sets cost?

Inexpensive sets cost under $10. These generally contain the four or five most popular spices and are designed for everyday use rather than gifting.

Mid-range sets of baking spices cost $10 to $25. These may contain more than just your basic spices or larger quantities of each spice.

The most expensive baking spice sets cost $25 to $50. In this price range, you'll find spice sets designed for gifting, as well as larger spice sets that may contain spice blends in addition to individual spices. 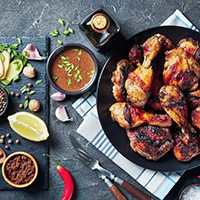 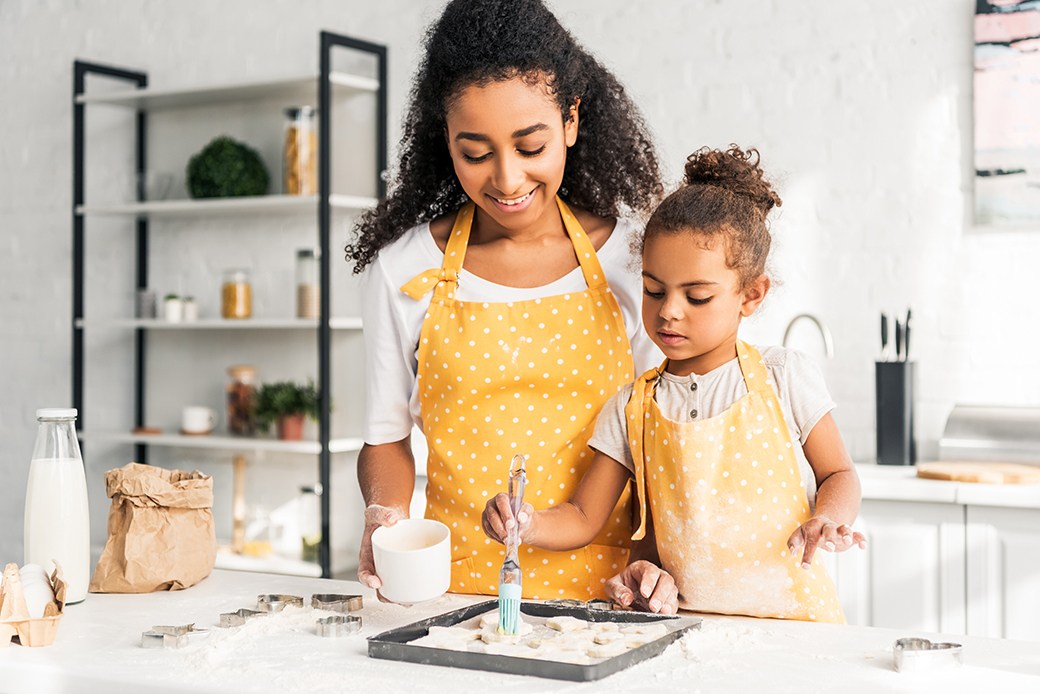 The oils and butters used in baking recipes mix with spices to bring out their flavor, so don't attempt fat-free recipes when baking with spices.

A. Ground spices generally have a “best before” date around two to three years after they were processed. However, the compounds that give them their punchy, complex flavors degrade over time. Though they'll still be safe to use, spices lose much of their potency after around 12 months, so it's best to replace them annually if you don't get through them before then.
Those who don't bake often should consider choosing spices in relatively small quantities.

A. Pumpkin spice mix or pumpkin pie spice is a blend of fragrant spices used in pumpkin pie and other baked goods. It usually contains cinnamon, ginger, cloves, nutmeg, and allspice, though some recipes exclude the allspice. The trouble with using pumpkin spice mix instead of individual spices is that you can't adjust the ratio of spices to meet your preferences or to follow a specific recipe. Further, different brands use different ratios of spices, so you never know exactly what you'll get.

Q. What can replace cloves?

A. If you're not a fan of cloves or have run out, there are baking spices sets that contain other spices you can use in place of cloves. These substitutes won't taste exactly the same, but they won't leave your recipe lacking.

Allspice is sweet and warm with a slight pepperiness that works as a substitute for cloves in most recipes, though it's less pungent than cloves, so you may need to use slightly more.

Cardamom has a slightly more astringent medicinal note than cloves, although the flavor is different. When paired with other spices like cinnamon and nutmeg, cardamom makes a pleasant alternative to cloves. That said, if there's only a small quantity of cloves in a recipe alongside other fragrant spices, you can simply leave it out.

Get to know Andrea Boudewijn, our cooking and baking expert. 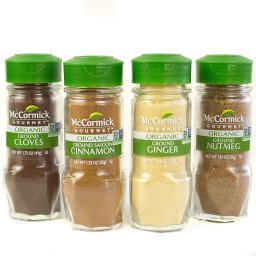 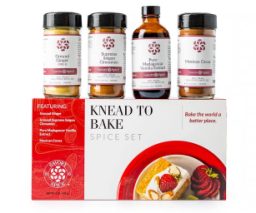 Best Bang for the Buck
Savory Spice
Knead to Bake Spice Set
Bottom Line
The inclusion of vanilla makes this an excellent baking set, according to our baking expert.
Shop Now 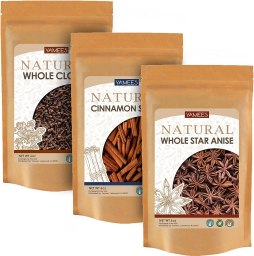 Top Pick
Yamees
Cinnamon Sticks, Whole Cloves, and Star Anise
Bottom Line
Our baking expert notes that this is an ideal set for those who prefer spices in their pure form.
Shop Now 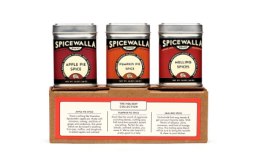 Top Pick
SPICEWALLA
Holiday Spice Set
Bottom Line
Versatile blends of some of the most beloved baking spices that are suited for fall and winter treats.
Shop Now 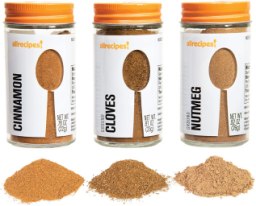 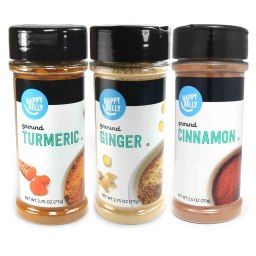 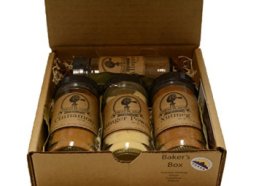 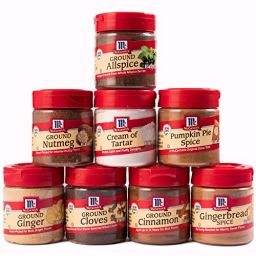 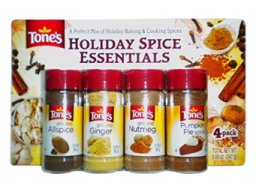 Top Pick
Tone's
Holiday Spice Essentials
Bottom Line
With a nice variety and large portions, this collection of baking spices will fulfill many baking needs and is a solid deal.
Shop Now 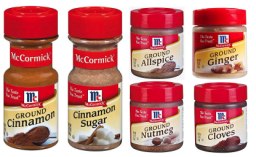