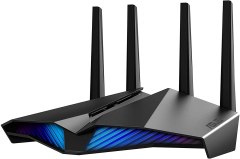 This stylish router is the best option for mobile gaming, streaming video aps and superior WiFi connection for all of your devices.

Takes a bit of effort to set up. 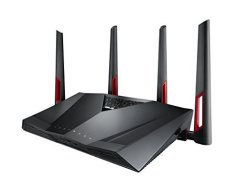 If you enjoy 4K streaming and online gaming on a regular basis, this ASUS router is a worthy investment.

Few users will find a use for all 8 LAN ports. 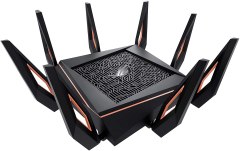 This award-winning ASUS router is an absolute must-have for dedicated video game players who need a lag-free online gaming experience.

Not worth the investment if you are not an avid gamer. 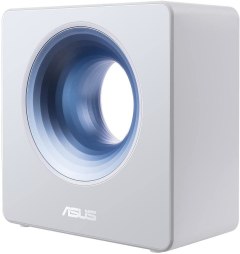 If you already maintain your home appliances with Amazon Alexa and need a reliably strong signal, the ASUS Blue Cave is the best router available. 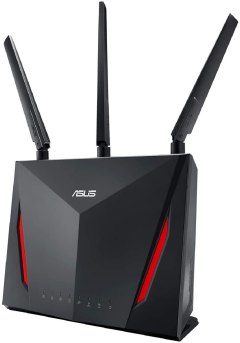 Its initial setup process could be simpler.

ASUS is a well-known brand in the world of computer hardware, consumer electronics, and networking peripherals. It’s no surprise that their routers are among the most popular and versatile models available.

The ASUS line of routers specialize in dual-band gigabit WiFi, along with their AiMesh mesh WiFi system to deliver high speed connections for a variety of online tasks. Their routers can typically handle streaming and gaming, even with multiple devices are accessing a router simultaneously.

Some of their routers include AiProtection antivirus protection for multi-stage defense for all your sensitive data. ASUS routers typically offer extensive range, and some models have detachable antennas to further increase their range.

ASUS is an industry leader with high-quality products that are not only powerful but also intuitive and easy to use. However, choosing the right model from their product line can still be intimidating and there’s a bit of jargon to learn, but our buying guide will walk you through your decision-making process. 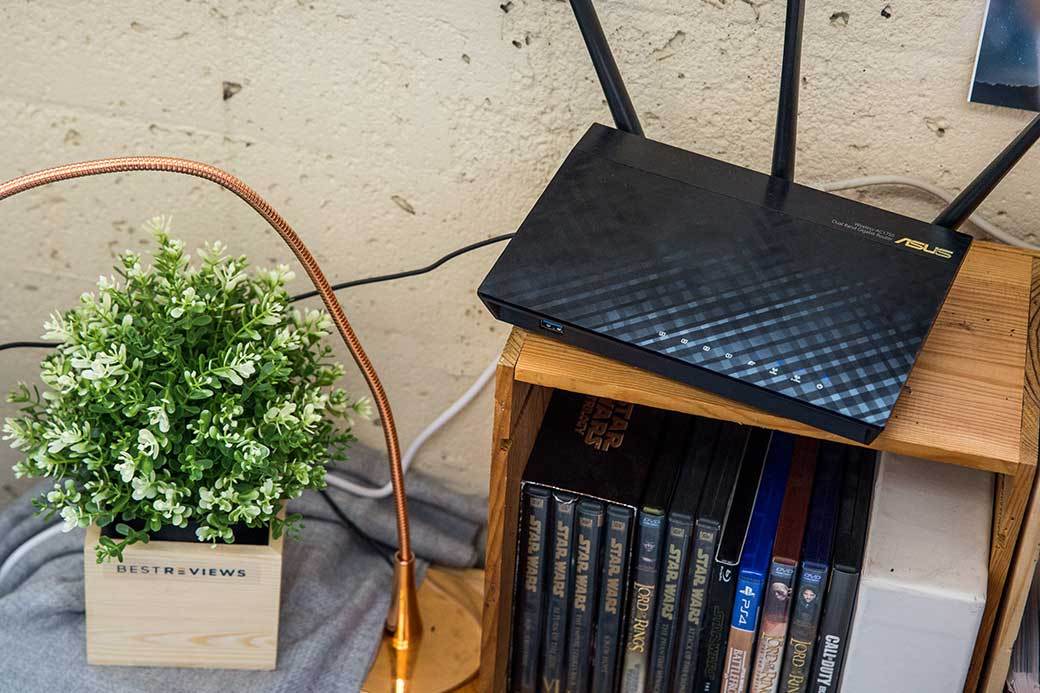 If you already have an ASUS router, don’t get rid of it just yet — ASUS routers can be linked with their AiMesh system for a network with a larger range.

Wireless standards aren’t static. They’re constantly changing. Most of the newer mobile devices such as smartphones, tablets, and laptops utilize the new 802.11ac standard. This means their WiFi speeds are faster, but if your existing router is a Wireless-N router, your new devices won’t be able to take advantage of their full capabilities.

Fortunately, most ASUS routers are 802.11ac routers — another good reason to make an upgrade.

Wireless routers generally utilize one of two different frequencies: 2.4GHz or 5GHz. The 2.4GHz is normally used by many of the devices most people have, but, because of its popularity, is more susceptible to congestion and interference. If you live in a crowded neighborhood where a lot of people are using home networks, you’ll be better off getting a dual-band router such as the AC3100, AC1750, and RT-AC56R. If you live out in the country or in a low-density neighborhood, a single-band router such as the RT-N12 D1 or Onhub AC1900 will be sufficient.

ASUS routers sport impressive ranges of up to 5,000 square feet — which is more than enough for most homes and can support some offices as well. If you still need more coverage, ASUS offers a few ways to maximize your range, like detachable antennas and their AiMesh mesh WiFi system.

Most ASUS routers feature one or two USB ports, which may be USB 2.0 or the faster USB 3.0. While the vast majority of new printers can connect to your network wirelessly, it’s nice to have the option to plug your printer in to your router directly. In addition, you can use the USB drive on your router to provide access to shared data across your network.

ASUS routers are easily setup on Linux, Microsoft Windows (7, 8, 8.1, XP, and 10), and Mac OS X or higher. They are also compatible with most game consoles, smartphones, and streaming devices.

Trend Micro Antivirus is used by many ASUS routers using an onboard CPU. Working in conjunction with ASUS’s AiProtection program, this enables their routers with malicious site detection and parental controls to protect all of the devices on your network. Not all ASUS routers include this feature — of our top picks, it is included in the AC3100, AC1750, and RT-AC56R.

This is a proprietary feature that connects multiple ASUS routers, allowing you to create a whole home network in spite of architectural features in the building that would otherwise limit the effective range of your WiFi network. All ASUS routers are compatible with AiMesh, making it easy to add routers to your network.

A separate button for the wireless portion of your network is a useful feature that is included in most ASUS routers. There are many stories in the news about people sitting at the curb where they can hack into your network via the WiFi signal from your house. Shutting off WiFi at night before you go to bed, without disabling the whole network, can give you some valuable peace of mind.

Many ASUS routers have detachable antennas that can be used to easily extend the range of your WiFi network. The number of detachable antennas will generally vary from two to four. If you are intimidated by mesh WiFi systems, this is a simple alternative that serves the same function.

For gaming and streaming, sometimes a wired connection is best. That’s why several ASUS routers offer gigabit Ethernet ports, which offer speeds of up to 1,000 megabits per second.

The internet supply of IPv4 addresses has been used up (we told you there would be some jargon). Make sure that your ASUS router supports the successor to that standard, the new IPv6. The transition from one to the other is currently in progress and will obviously take many years, but eventually, you will be impacted by it. Fortunately, most ASUS routers support IPv6.

Did you know?
Some ASUS routers are designed to be used with your 4G network, giving you access to the Internet without traditional wired Internet service.
STAFF
BestReviews

Though ASUS routers are generally well-equipped for your streaming, gaming, and browsing needs, there are a few accessories that can improve your experience.

These little devices plug directly into the electrical sockets in your house and boost the range of your WiFi signal. If you’ve got range problems with your router because of the configuration of your house and you can’t move the router, a WiFi range extender is a solution to the problem. This model from TP-Link is compatible with most routers and uses beamforming technology to target specific devices.

If you have an older device that you’d like to connect to your wireless, a WiFi adapter can make that possible. This ASUS adapter is extremely compact, so you can leave it plugged in to your device and nearly forget it’s there.

"ASUS AiProtection is a security feature that comes at no cost. There are no subscription fees, so as long as you are still using your ASUS router you can benefit from its various security features."
STAFF
BestReviews

Inexpensive: Anything under $100 is on the low end of the price range for ASUS routers. You’ll often find models with four LAN connectors, perhaps two or three antennas, and 2.4GHz frequencies. Some might have dual-band frequencies.

Midrange: The middle price range for ASUS routes is between $100 and $200. Here is where you’ll find a mix of four or eight LAN ports, dual-band 2.4GHz and 5GHz frequencies, fifth generation 802.11ac chipsets, and Gigabit Ethernet speeds.

Expensive: Over $200 is where you’ll find ASUS’s high-end routers that are optimized for the extreme requirements of gaming and security. These are well-suited to households and offices with multiple devices.

We like the ASUS Blue Cave AC2600 Dual-Band Wireless Router as much for its sleek, Star Trek looks as for its performance. The off-white box with the blue hole in the middle has 2.4 GHz and 5GHz dual-band speeds up 2600 Mbps and is Smart Home ready to connect to Alexa. It's a wireless router that still has plenty of ports for your wired devices. We also like the ASUS Tri-band Gaming Router. With its 1.8Ghz quad-core processor, black angular shape, and eight antennas, it has a futuristic style that many gamers will appreciate. This monster lets you run a VPN and regular internet connection simultaneously. It has eight LAN ports — two of them dedicated to gaming. This powerhouse of a router does come with a hefty price tag, however. 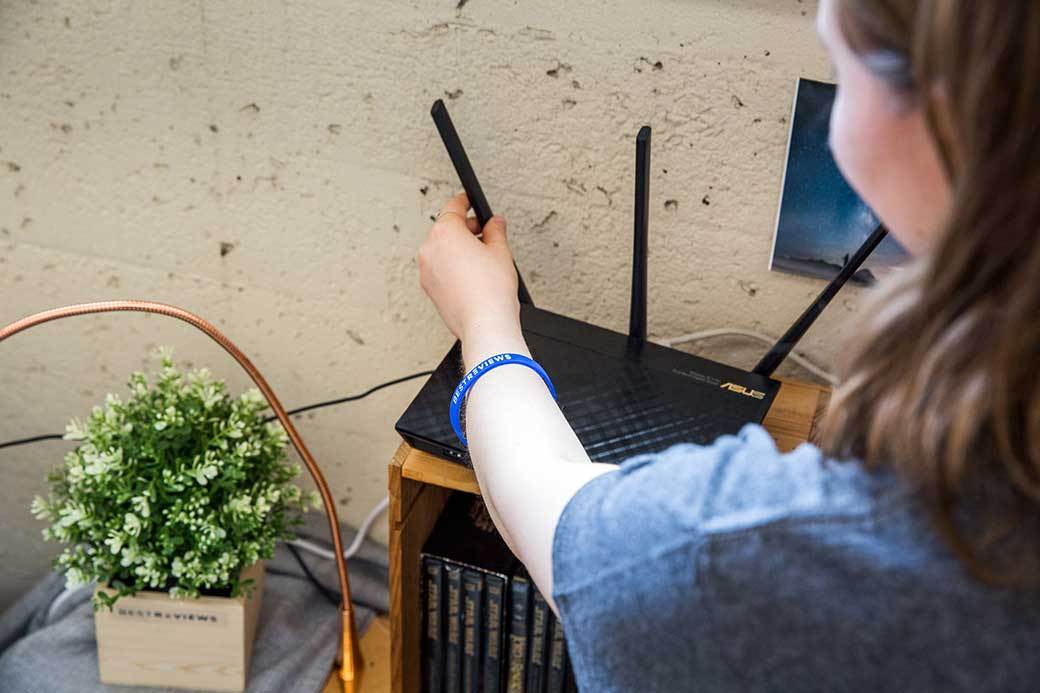 ASUS routers are available in a variety of designs from sleek to flashy, making it easy to find a model that suits your decor.

Q. What does the ASUS Router App do?
A.
The ASUS Router App is a versatile tool in your pocket. It can be used to connect your devices to your router, manage the bandwidth dedicated to specific devices, adjust parental controls, and check for malware and security breaches.

Q. How long does an ASUS router last?
A.
As with any modern technology, this depends largely on how quickly new technology is developed. Most ASUS routers offer impressive speeds that will still feel snappy in a few years, but after five years or more, it may be time to upgrade again.

Q. What do I do with my old router?
A. First, you should make sure you are not actually renting your router from your ISP (Internet service provider). Once you have determined that (and possibly shipped your router back to your ISP), you can look for a local recycling program that accepts used electronics. 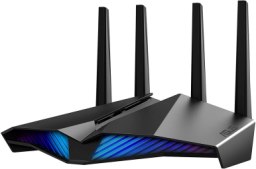 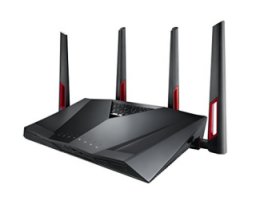 Best Bang for the Buck
ASUS
AC3100
Bottom Line
If you enjoy 4K streaming and online gaming on a regular basis, this ASUS router is a worthy investment.
Shop Now 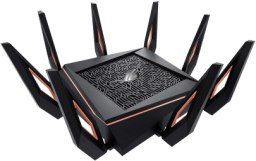 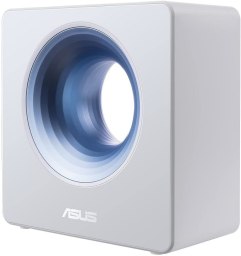 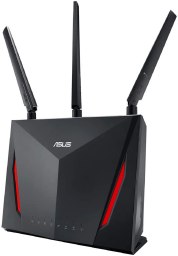 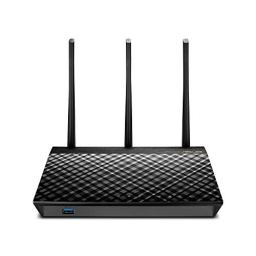 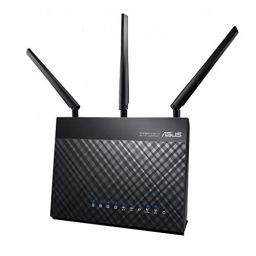 Top Pick
ASUS
Whole Home Dual-Band AiMesh Router AC1900
Bottom Line
This is a small router with a lot of punch that will cover a large condo or a small house.
Shop Now

Top Pick
ASUS
Onhub AC1900
Bottom Line
A unique router option from ASUS that stands above the competition in terms of usefulness and design.
Shop Now