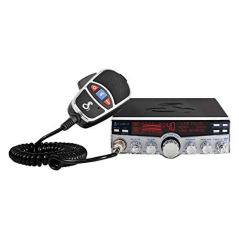 An impressive array of features and options, including built-in diagnostics and 4 display color choices. 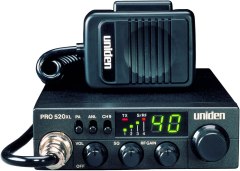 Lightweight, yet made for mounting. Minimal interference. Inexpensive.

Some owners complain that the radio is too quiet. 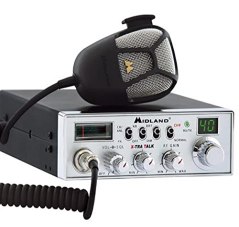 Lacks the bells and whistles of other choices. Some issues with the mic have been reported. 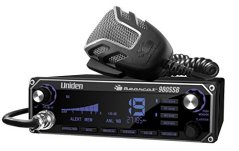 Boasts an impressive feature set, including a large communication range and 7 display colors.

At 8 lbs., it is not suited for compact cars.

No instant access to common channels. No channel presets.

Citizens band (CB) radios are handheld or vehicle-mounted, short-distance, two-way communication devices. The radios are essential tools for many people, including emergency personnel and first responders, as well as trucking and shipping businesses. Campers, hikers, motorcyclists, and survivalists prefer them, too.

Despite their limited range, CB radios have long been a reliable means of communication in various conditions where other technologies might fail, including low visibility, wind, snow, and heavy rain.

CB radios are easy and straightforward to use, and you don’t need an operator’s license to have one, which makes it suitable for various short-range transmissions.

CB Radios are generally inexpensive solutions given a limited range. As two-way communications tools, they are uncomplicated and less reliant on external elements (towers, cell sites) than more modern forms of communication. 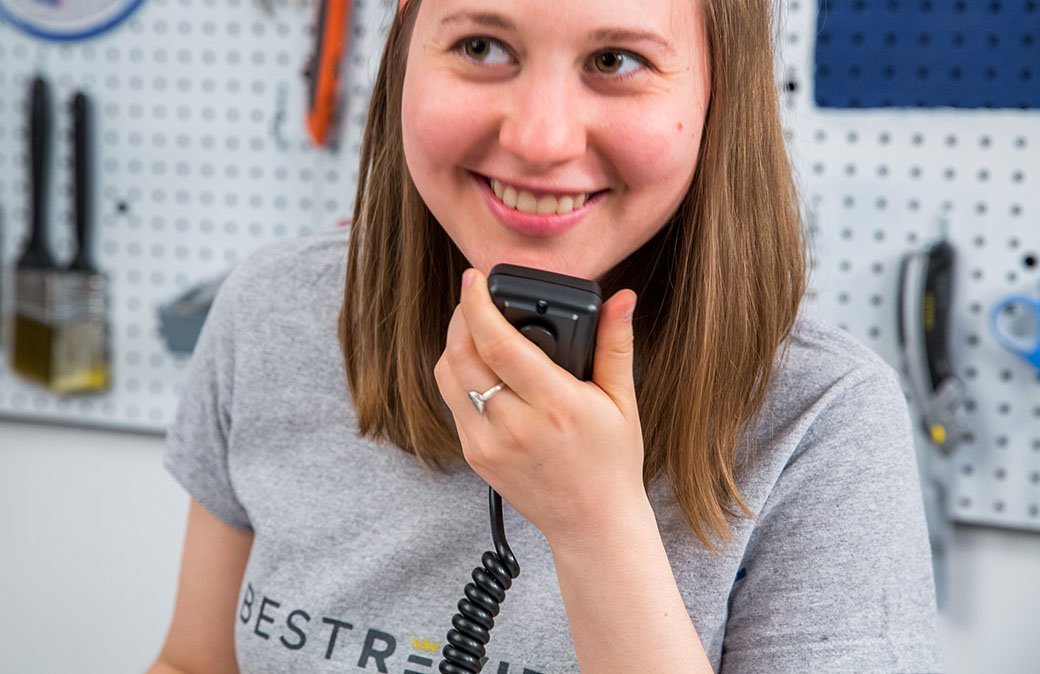 Al Gross, owner of the Citizens Radio Corporation and inventor of the walkie-talkie, invented the CB radio in 1945. CB radio use peaked in 1977, with over 20 million regular users.

The BestReviews team welcomes the challenge of helping you find the perfect CB radio for your needs.

We buy products just as you do, and we scrutinize them for quality just as if we were buying them for our families.

If you’re ready to buy a CB radio, check out our top five picks in the product list above.

If you’re interested in learning more, let’s get a handle on choosing the best CB radio.

CB radios are used for communication between individuals using a range or selection of 40 channels that can be found within the 27 MHz (11 m) band.

While there are many CB radio models available, all of them transmit with the same four watts of power, since this is a base requirement. CB radio companies differentiate their products through design, size, and additional features to cater to the needs of specific customers (such as owners of pickup trucks or big rigs, or operators communicating from a central base).

It is advisable to inspect the intended vehicle prior to deciding on a CB Radio. This is to determine where the CB Radio can be installed in a place where it won’t obstruct movement or compromise safety. CB Radios are traditionally mounted under the dashboard or on the floor.

Larger CB radios tend to have better receivers and have clearer and better sound quality overall. The classic CB Radio size of  7 x 2 x 8 inches is not always compatible with newer vehicle interiors or dashboards. This is why manufacturers have diversified their offerings. There are now low-profile CB radios, all-in-one handsets, and CB radios you can mount under the dashboard.

Let’s go over some of the key features to consider when choosing a CB radio.

"It’s possible to increase CB radio’s range considerably by bouncing the signal off the ionosphere in what is called “shooting skip.”"
STAFF
BestReviews

Although most CB radios have the same power output, variation exists in each model's signal clarity and operating range.

We need to stress that a good CB radio is only as good as the antenna to which it’s connected.

A suitable antenna is vital to good performance, and getting your installation "peaked and tuned" can make a considerable difference.

A standing wave ratio (SWR) meter is invaluable for this, and some of the better CB radios have one built in, so it's a feature well worth considering.

"That tiny ball at the tip of a metal antenna has a function. It disperses the static electricity the antenna picks up as it whips through the air."
STAFF
BestReviews

In large trucks, the size of the CB radio may not have much impact. In SUVs, family cars, and motorcycles, however, size can be a very important consideration. Today, smaller and more compact CB radios cost a bit more.

The weight of a CB radio affects where you can mount it. Portability might also be an issue if you want to be able to move the CB radio from one vehicle to another, or if you need to set it up as a base unit in a fixed location.

Materials, design, and looks are also important to some buyers who want the CB radio to fit in aesthetically with the interior of the vehicle.

"All CB radios come standard with four watts of power and require the addition of an antenna to complete the system. Antenna material and length contribute to effective reception. Fiber glass is considered to be the material that is durable and conducive to signal."
STAFF
BestReviews

There are standard controls found on the majority of CB radios, with several additional options and extras to attract buyers, such as the following.

Large and multi-color displays should be visible from various angles. Displays need to show all the information on radio functions and should also have a dimming function so as not to be distracting during night driving.

Fewer buttons to deal with are better, but they need to be precise and not fiddly. Consider these are the parts of the CB radio that will be interacted with the most.

One of the most valuable features for a CB radio is RF gain. You can quiet the radio with this rather than using squelch, thereby maximizing your receive distance.

A small yet critical and often overlooked detail, the length of the CB radio’s cord will dictate placement and ease of access.

Other features to consider

Beyond transmitting functions, CB radios have other features that can add to the cost of the unit but also expand functionality, such as the following.

Some newer CB radios have added Bluetooth functionality that allows the use of smartphones with the CB as well as display phone information.

With this mode, you can easily switch from CB broadcast mode to public address or PC mode for broadcasting over a loudspeaker.

Noise filters minimize extraneous noise due to static and your environment. Reception is much clearer with a noise filter in place.

Built-in SWR meters are sometimes included in CB radios. This provides diagnostics to check the radio system (SWR) and CB antenna to verify that they are working properly. This feature is important for users who move from vehicle to vehicle.

This feature makes it possible to quickly scan all 40 CB channels for activity (i.e. someone talking). In some models, you can scan a smaller number of pre-selected channels. These channels can be stored in memory.

A CB radio with this feature can access a nationwide network of radio stations focused on broadcasting weather and emergency system information. Broadcasts are  24 hours a day, seven days a week.

Did you know?
CB radio channels are shared by many users at the same time. Other stations must listen and wait for the shared channel to be available.
STAFF
BestReviews

There are some relatively cheap CB radios on the market, and many of these will provide all the functionality that you may require. You can expect to spend from $60 to $300, although there’s a great variety of products that should satisfy most needs in the $100 to $200 range.

For $100 to $200, you can get instant emergency channel access, variable color LCD display, and extra-long microphone cords.

For $200 to $300, you can get a unit with all the bells and whistles, including Bluetooth capability. 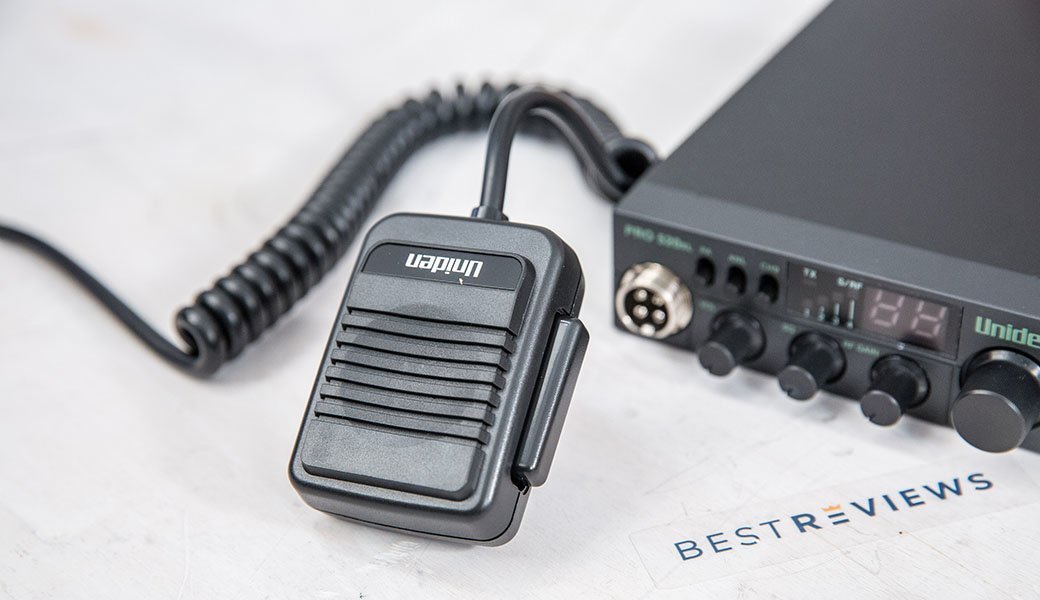 Mel Blanc, the voice of Daffy Duck and Bugs Bunny, was an active CB radio operator. He talked over the air in Los Angeles using his various cartoon voices.

Q. What is the range of a CB radio?

A. Depending on some variables, such as terrain, interference, and weather conditions, a CB radio should be able to transmit a distance of one to two miles per foot of the antenna.

Q. Where is a CB radio used?

A. Most commonly, truckers use CB radios as a safety tool on the road. Long-haul trucks often travel in areas with poor or no cellular reception. CB radios can be used to notify other drivers of road hazards, bad weather, and traffic.

Q. What are the most common CB channels used?

A. Channel 19 is the most widely used CB channel by truck drivers on U.S. highways. This channel was chosen because it sits in the middle of the range and is quick to access. Some CB radios have a dedicated channel 19 button for easy access. Channel 9 is usually left open since it is reserved as the emergency channel. 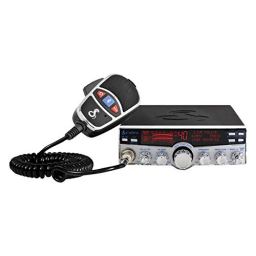 Best of the Best
Cobra
29 LX Max 40-Channel w/NOAA Weather Stations
Bottom Line
An extremely popular CB with a significant learning curve, this radio has proven itself to be the very best.
Shop Now 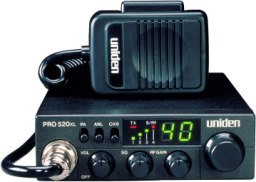 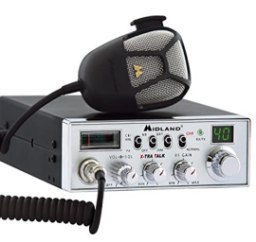 Top Pick
Midland
40-Channel Mobile CB with Switchable Noise Filter
Bottom Line
A good choice for novices and those who don't want to spend a lot. Owners are impressed with the reception and price.
Shop Now 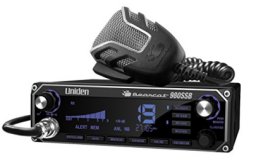 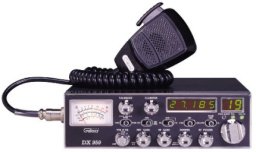