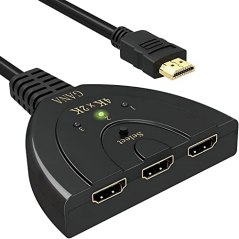 A solid and straightforward product that comes at an exceptionally affordable price.

We love how easy this product is to use — just plug in your devices and you're good to go. Simply press the "Switch" button to change the devices. No extra remote that could be lost. Great value for money.

The red "Select" light can be off-putting to some users during nighttime viewing. 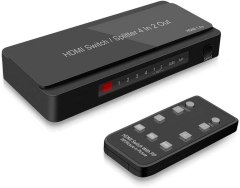 Does not support HDMI 2.0 cables. 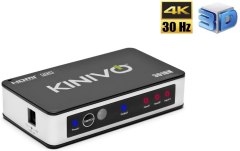 No manual off button for this HDMI switcher.

Does not support 4K devices.

As technology advances, our entertainment sources keep multiplying. Where you once had a single cable box, you now may have a Blu-ray player, Roku box, Fire Stick, and multiple gaming units. While the number of devices you own grows, the number of HDMI inputs on your television does not. Perhaps you’ve been playing musical chairs with your HDMI input for a while. You’ve popped your popcorn, dimmed the lights, and settled down to enjoy a movie only to find the wrong component is plugged in. Or maybe your child broke a cable trying to plug in a gaming system. It’s time to get off the cable carousel. You need an HDMI switcher.

Simply put, an HDMI switcher expands the number of HDMI sources you can connect to your TV at once. It can help you avoid disruptions and damage. Instead of manually switching the cables between the components, you plug the cables into the inputs on the switcher. You then connect the switcher’s HDMI output to your television and select the source you want to use. 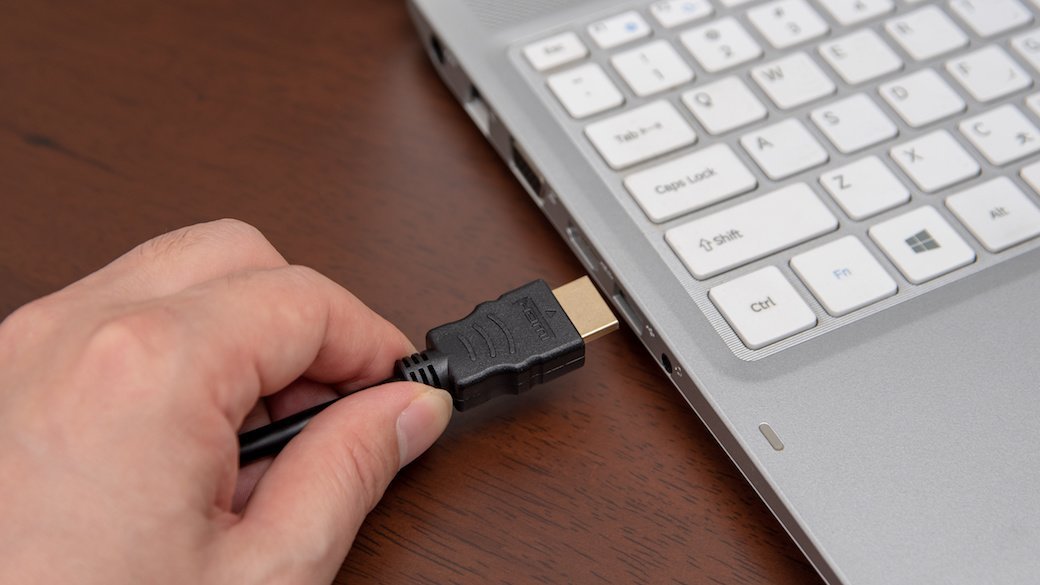 When choosing an HDMI switcher, you need to think about your entertainment needs and habits.

Typically, HDMI switchers offer between two and eight inputs. Units with more ports usually cost more than units with fewer inputs. However, since the point of buying an HDMI switcher is to expand your options, it might be wiser to purchase a unit with extra inputs to accommodate more components you may buy in the future.

Did you know?
If you want to watch Blu-ray or HD DVD movies, you’ll need to buy a switcher that supports HDCP. Not all switchers support HDCP copy protection encoding. If you don’t use these devices, you won’t necessarily need a switcher that does.
STAFF
BestReviews

The type of television you have can also make a difference in which switcher you need. Virtually all consumer-ready HDMI switchers support 1080p and Dolby Digital/DTS. That said, if you plan to route the switcher’s output through a home theatre receiver rather than directly to the TV, you need to make sure it’s compatible with the system’s advanced audio format.

Compatibility: If you plan to use your switcher with an Ultra HD 4K TV and similar components, you’ll need to make sure the switcher is 4K compatible. Check to make sure the switcher supports your device’s HDMI handshake requirements, typically known as HDCP (High-bandwidth Digital Copy Protection) or HDCP 2.2, to get the devices to start communicating. Additionally, if your system requires signals that are HDR encoded, use 3D video, or feature other advanced styles, you’ll need an HDMI switcher that supports them.

Wireless: A handful of switchers can support wireless connectivity as well as connections to wired devices. These devices have a traditional HDMI output as well as a wireless one that sends a signal to a display. These devices are especially helpful with wall-mounted televisions or in instances where you don’t want to run cables across the room or through walls. They can also help to reduce tangled jumbles of wires. Again, convenience will cost you more, and you’ll need to be sure the switcher supports your system’s requirements.

PIP mode: Switchers equipped with picture-in-picture (PIP) mode let you see the feed from other sources without switching from the one you’re currently using. This can help you keep track of your different media options without losing the one you’re already using.

"If you’re having trouble with your HDMI components connecting, check your universal remote. Some turn on all components at once, which can interfere with the TV’s connection with the source you want. Make sure you’re only turning on one component at a time."
STAFF
BestReviews

Prices of HDMI switchers vary greatly depending on the number of inputs and the formats supported.

Budget switchers cost about $10. At this price, switchers can generally handle two or three sources and support 1080p. Some support HDTV 4K and a few other options.

These switchers cost between $20 and $30. Switchers in this price range should have at least three inputs and offer automatic or remote switching options. You should expect offerings to support 4K video to at least 30Hz, Ultra HD, and possibly 3D. They may not support all HDCP options.

Higher-end HDMI switchers cost around $40 or more. If you’re paying this much, your switcher should have four or more ports and support a majority of video formats as well as HDCP. However, be sure to check for your specific format because the technology is always changing.

Some wireless switchers cost significantly more than $40. Remember, with these units, you’re paying for the aesthetics of wall mounting and fewer cables, as well as the convenience of not securing cables across the room or mounting them in your walls. 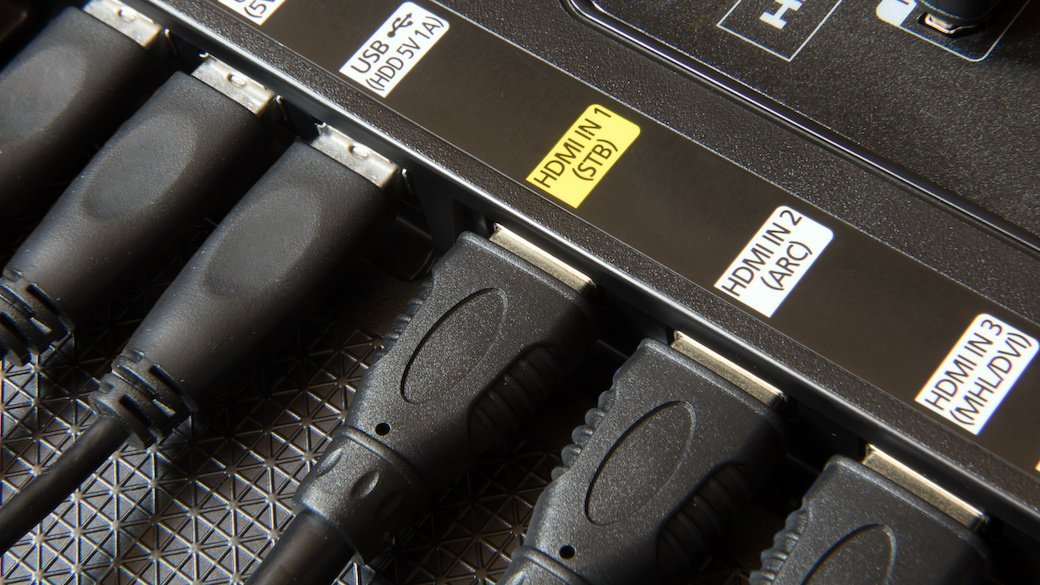 If you were playing “musical cables” before buying a switcher, don’t forget that you’ll now need a dedicated HDMI cable for each component.

Q. I’m thinking about replacing my old television with a smart TV. Will I still need multiple HDMI ports?

A. Probably. One of the main selling points of a smart TV is that it can stream content through its internet connection as an alternative to using multiple devices. It might cut down on the number of cables you need, but it probably won’t eliminate your Blu-ray player or gaming systems, which all connect through HDMI cables. When you’re shopping, either buy a TV with the number of HDMI inputs you think you’ll need, or get a switcher that’s compatible with your new TV.

Q. If I buy a device that automatically switches sources, do I really need a remote, too?

A. We recommend it. While many HDMI switchers are designed to detect power and signals, in reality, it doesn’t always work. Some switchers can’t get enough power to operate if only one source is turned on, so a second source needs to be powered up, which can interfere with the sensors. Apple TV’s “always-on” feature is notorious for complicating things. Without a remote, you could be left getting up and toggling the switcher manually, one of the problems you were trying to avoid when you bought the unit.

Q. Is there any foolproof way to make sure I get a switcher that supports all my media?

A. Unfortunately, there’s no easy way other than carefully checking the specs. Every TV, sound, and theatre system is slightly different in its technology, signals, and inputs. The answers aren’t always intuitive. To save yourself a headache, hours of troubleshooting, and possible return costs, make sure what you buy is fully compatible before completing the purchase. 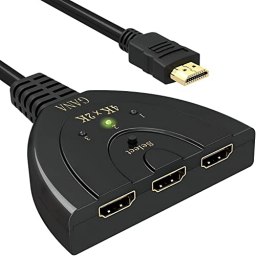 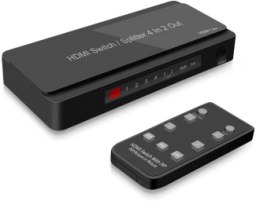 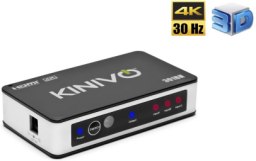 Top Pick
Kinivo
301BN HDMI Switch
Bottom Line
If you would enjoy the convenience of having an HDMI switcher automatically display your devices as you power them on, this model is a must-have.
Shop Now

Top Pick
C2G
HDMI Switch
Bottom Line
This fairly priced HDMI switcher is the best model if you have many devices and a single 1080p display.
Shop Now 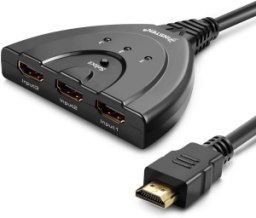 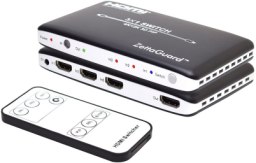 Top Pick
Zettaguard
4K x 2K 4 Port 4 x 1 HDMI Switch
Bottom Line
Connect up to four HDMI-compatible devices and switch it up with the click of a button.
Shop Now 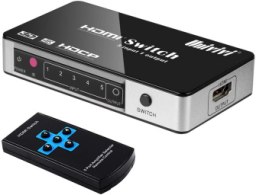