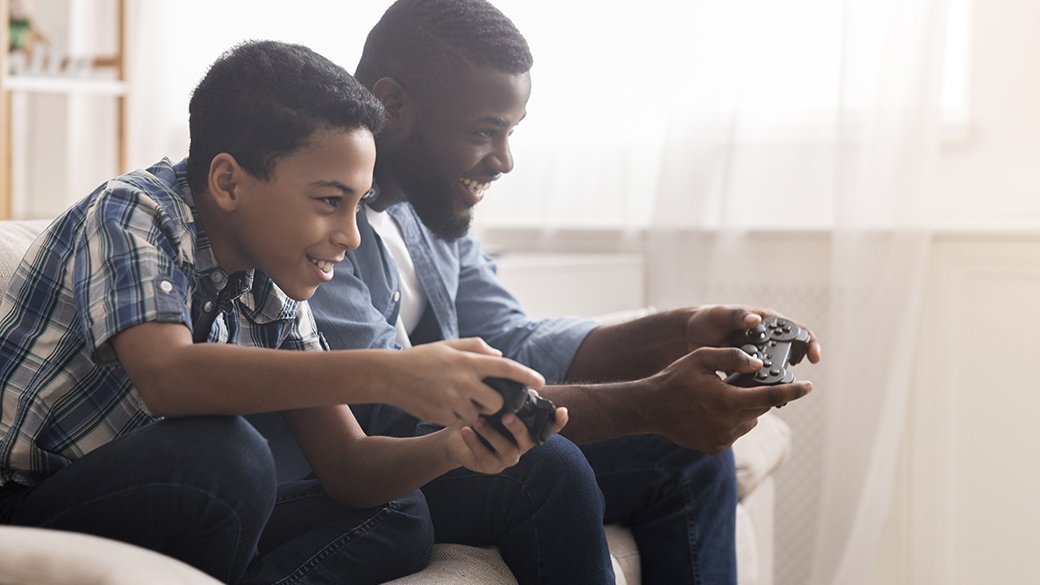 The majority of Star Wars games have tons of hidden details related to the franchise, which fans love discovering.

The Star Wars franchise is one of the most successful entertainment franchises of all time, featuring movies, TV shows, books, collectibles, and theme park rides.

Not surprisingly, Star Wars is a highly popular video game franchise, too. The science-fiction story, characters, and plotlines lend themselves well to video gaming and dozens of titles exist. In fact, there are Star Wars games available for almost any age.

Read on to learn what to look for when purchasing Star Wars games. Our favorite is Electronic Arts’ Star Wars Battlefront: Ultimate Edition. This title offers some incredible gameplay with tons of iconic characters.

With so many Star Wars gaming titles on the market, picking the right one for your needs can be a challenge. For starters, pay attention to the gaming rating and the type of gameplay.

The Entertainment Software Rating Board (ESRB) ratings give you an idea about which age groups will enjoy a particular Star Wars game.

Many Star Wars gaming titles will be first-person shooter games. These provide plenty of action, and they often feature themes that borrow from Star Wars movies or TV shows.

Some titles use Star Wars characters and themes as the basis for other types of games, such as puzzle-solving games, action-adventure games, and arcade games like pinball.

With dozens of Star Wars games on the market, you’ll have quite a few opportunities to find a title that matches how you want to play.

Some Star Wars games have an online component, allowing you to play with multiple other players as a team or as foes. Some titles allow you to play alone, battling against the AI component of the game. Others have both multiplayer and single-player options.

A campaign-style Star Wars game will ask the player to solve multiple levels, advancing toward an ultimate goal to “win” the game. This is a common feature in video games, including Star Wars games.

With games based on a movie franchise known for amazing graphics and artwork, expect to see some impressive graphics in Star Wars game titles.

If your gaming hardware and display screen can handle it, many newer Star Wars gaming titles will feature 4K resolution quality.

If you have a favorite character in the Star Wars franchise, chances are you can play a game as that character. Many Star Wars games allow you to assume the persona of characters from the movies, even Darth Vader.

Newer Star Wars gaming titles can cost anywhere from $35-$70 apiece. As the games age, you may be able to find them for a price lower than $35.

Q. Do I have to worry about in-game purchase options with Star Wars games?

A. Some Star Wars games do allow you to purchase access to new characters and trinkets. So if you’re concerned a child will ring up big charges on your credit card with in-game purchases, turn off this option.

Q. Can I play Star Wars games on my console?

A. Many Star Wars gaming titles will have versions made for multiple gaming consoles, as well as for PC gaming. Double-check compatibility before purchasing a Star Wars game.

Best of the best

Our take: For those who want to relive some of their favorite Star Wars classic battles, this game title puts you in the middle of the action.

What we like: Gives you the ability to play as your favorite characters. Reasonably priced for such a detailed game.

What we dislike: Will not run very well on older consoles.

Best bang for your buck

Our take: For those who love pinball games, this title gives you 19 different Star Wars pinball-themed playing tables.

What we like: The digital pinball playing controls are easy to use and highly responsive.

What we dislike: There’s no sci-fi battling like you find with most Star Wars gaming titles, so some gamers will have no interest in it.

What we like: Allows you to play as an evil character, which some players will appreciate.

What we dislike: Quite a bit of violence, so it may not be the best choice for younger players.

Kyle Schurman writes for BestReviews. BestReviews has helped millions of consumers simplify their purchasing decisions, saving them time and money.