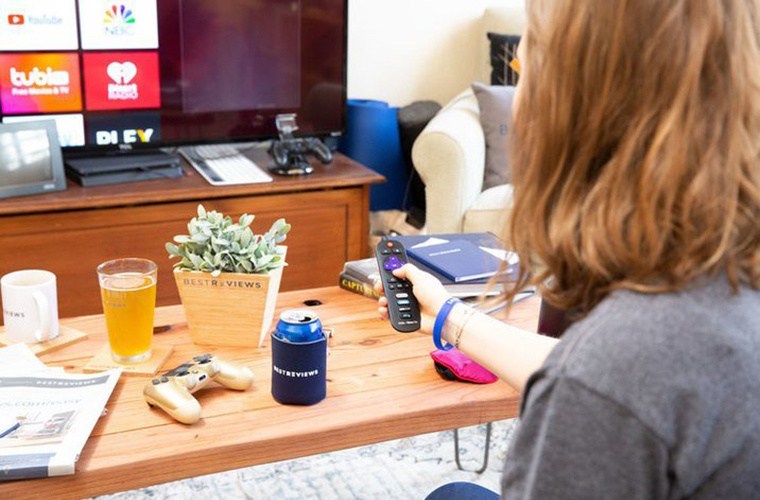 New in October 2021: The best shows and movies on Disney+, Hulu, and Amazon Prime

The season of scary movies and spooky specials is upon us as the top streaming services embrace the spirit of Halloween this October. New chilling content and old horror favorites populate Disney+, Hulu, and Amazon Prime, but there is also no shortage of dramas, comedies, and reality TV as well to entertain all subscribers.

There is something for everyone as these leading services continue to grow their catalog with recent theatrical releases and original content. We’ve rounded up everything arriving in October while highlighting some options you definitely don’t want to miss.

“The Scariest Story Ever: A Mickey Mouse Halloween Spooktacular!,” Oct. 1

For those who missed it when it debuted four years ago, a Halloween special starring Mickey Mouse is a great way to kick off a month of scares and frights. This 30-minute showcase features Mickey and Goofy along with some welcome appearances from other fan favorites, including Minnie, Daisy, and Mickey’s two nephews Morty and Ferdie. This family-friendly fare will certainly get all audiences in the Halloween spirit.

Following last year’s Christmas special, Star Wars returns for another holiday-themed LEGO spectacular. “Terrifying Tales” looks to be another entertaining adventure that features a wide-range of characters and settings as Poe and BB-8 stumble upon a haunted house when they are forced to make an emergency landing on the volcanic planet of Mustafar. As they wait for repairs, the pair spend time with a Hutt and a loyal servant to Vader, who shares a trio of stories that are likely to be rife with surprises, jokes, and maybe a few scares.

Viewers can take to space with this six-part series that follows NASA Captain Chris Cassidy as he and his crew prepare for a launch. An early trailer sets an inspired tone and takes a human approach to storytelling, detailing all the physical, mental, and emotional preparation that goes into readying for a flight. Plus, the shots from space shown in another one of the trailers look incredibly stunning.

From National Geographic, this six-part docuseries details the lives and journeys of six determined and influential women looking to lift up others in their communities around the U.S., Puerto Rico, and Brazil. Hosted by Gal Gadot, ths series addresses a variety of social and environmental issues; one woman fights for transgender rights in Tennessee, while another seeks to use sports to help others escape poverty and violence. We expect to be inspired while likely shedding a few tears.

It’s the Muppets first Halloween special, which is somewhat surprising, considering the width and breadth of their adventures. Gonzo is tasked with spending a night in the haunted mansion where scares, jokes, and celebrity cameos await. Disney has been churning out plenty of entertaining Muppets content over the past year, and we don’t expect this special to disappoint in the least.

Inspired by the tales of R.L. Stine, this limited anthology series follows youngsters on quests of astonishing discovery - quests that will involve witches, ghosts, aliens, and more frightening and surprising creatures. Because this is going on Disney+ and not Hulu, “Just Beyond” is far more family-friendly than the recent popular R.L. Stine adaptation in Netflix’ Fear Street trilogy, which was violent and bloody. Instead, we expect slight scares and plenty of weird wonderment.

Two episodes of Marvel’s fascinating behind-the-scenes series drop in October in consecutive weeks to serve as a bridge to the next MCU content coming in November. The Scarlett Johanssen-led “Black Widow” will be available for all subscribers on Oct. 6 after being offered with Premier Access back in July; two weeks later, it gets the making-of treatment. On Oct. 27, a new episode of “What If…,” Marvel’s first animated MCU series, drops. This ends its nine-episode run earlier in the month.

This unforgettable musical has been a Halloween staple for decades, with iconic characters, catchy songs, and wild costumes. Its repeat value is high and worth a watch every October, especially if you can gather some friends around to enjoy all the entertainment. Turn down the lights, turn up the volume, and embrace a film unlike any other.

While this 2015 rom-com features some familiar setups and conflicts, “Maggie’s Plan” is cleverly executed and features terrific performances from its lead to set it apart from similar movies. It stars Greta Gerwig in a role she excels at: addled young successful New Yorker trying to figure out life. She falls for a married older man (Ethan Hawke), disrupting her plans for having a baby on her own. While drama unfolds, it’s handled light-heartedly, emphasizing the absurdity of love, heartbreak, and trying to stick to a set path.

This heavier documentary follows a woman looking to reconnect with her young daughter after struggling with drug addiction and enduring the cyclic trauma that comes with it. Jacinta is a young adult leaving a correctional facility as the film begins to rebuild her life with her 10-year-old daughter. Jacinta’s mother, Rosemary, is also at the facility, struggling with drug addiction as well, and serving as a look into the future if Jacinta can’t overcome the hardships she faces. Shot over three years, it’s an intimate and emotionally powerful portrait that is sure to resonate with many.

This startling horror film got a lot of praise in the festival circuit and now makes its way to streaming where fans at home can embrace it - if they dare. Inventive and well-executed, “Censor” follows a woman whose professional and personal life blend together in a way that creates a dizzying portrait of uncertainty and teror. Set in the 80s, she works at a film censor, watching some unsettling content; all while dealing with the disappearance of her sister. Weird, bloody chaos ensues.

This series offers some weightier fare that may hit home for many, as this Hulu Original starring Michael Keaton tackles the fallout of the opioid epidemic that has ravaged the country. This eight-episode limited series is based on the 2018 book by Beth Macy and boasts a star-studded cast and crew. We’re expecting some heart-wrenching, intense, and frustrating scenes that are well-crafted but likely to leave viewers shook.

This genre-blending holiday film debuted at the recent Toronto International Film Festival and heads to streaming early, but this story that is set at Christmas isn’t all happy tidings. Kiera Knightley stars as the host of a large family dinner, one that seems to be the last for everyone involved. This is because outside of their large, decorated manor, a toxic cloud is creeping over the world, killing everyone in its path. The result is a weird, darkly comical, and tensely dramatic night among family members seeking love and forgiveness.

Pauli Murray was an influential civil and gender rights activist who didn’t get the attention or regard she rightly deserved. This documentary from the makers of “RGB” shine a much needed spotlight on the heroic actions and leadership of Murray, a black gender fluid woman who influenced Ginsberg, Thurgood Marshall, and countless others in her over 50 years of tireless work. We expect to be both educated and inspired.

October welcomes the second set of creepy and scary films from Blumhouse as part of their partnership with Amazon. Just like the previous iteration from last October, these four films are led by a diverse group of young filmmakers and actors. The Oct. 1 releases are “Bingo Hell,” about an evil presence taking over the titular venue, and “Black as Night,” which follows a teenage vampire hunter. On Oct. 8, viewers can enjoy “Madres,” about a Mexican family confronting strange happenings in 1970s California farmland, and “The Manor,” which tells the tale of a haunted nursing home.

This Spanish-language talk show hosted by Diego Luna returns for new episodes of timely socio-political discussion and delicious food. Luna invites activists, scientists, and journalists, as well as a talented chef, to gather for a meal and lively conversation about a variety of important topics. The series leads off with a distanced meal about Covid, and later discusses abortion, gender violence, and immigration. The relaxed atmosphere leads to fascinating revelations and a sense of hope; we’re looking forward to more on its latest offerings.

“I Know What You Did Last Summer – Amazon Original Series: Season 1,” Oct. 15

This serialized remake of the popular 90s slasher movie, which was based on a 1973 book, promises an entertaining mix of teen drama and bloody horror. When a group of teens hit somebody while driving at night, they decide to dump the body and pretend like nothing happened. Of course, someone does know what happened, and the teens become the target of a twisted killer. James Wan produces and directs the pilot, which bodes well for horror fans, while a trailer indicates there will be a lot of lying, cheating, partying, and steamy situations.

More shows and movies to watch on Disney+ in October 2021

More shows and movies to watch on Hulu in October 2021