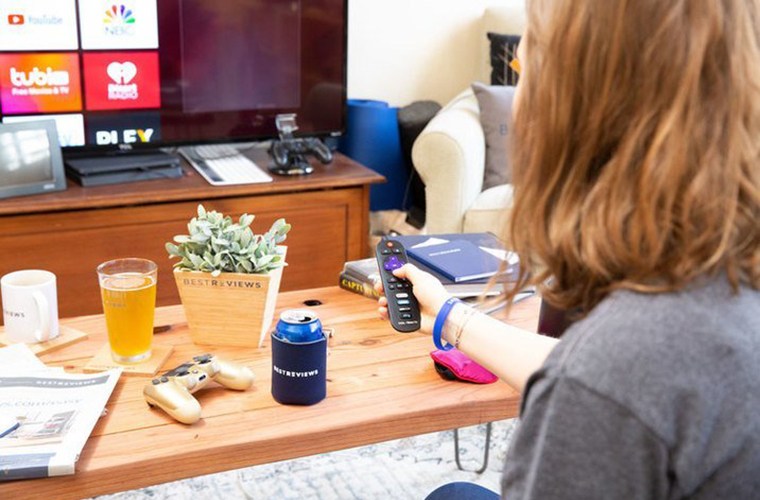 New in July 2021: The best shows and movies on Hulu, Disney+, and Amazon Prime

The month of August heralds new and exciting TV shows, thrilling documentaries, and the unofficial end of the summer movie season. Three of the top streaming services — Disney+, Hulu, and Amazon Prime — continue to offer an impressive catalog of wide-ranging content, with both new originals and old titles to satisfy all interests.

Animated fare for both kids and adults, returning comedies, and some highly anticipated dramatic films make up the top titles. We’ve highlighted the best picks for August and rounded up everything that will be available on Disney+, Hulu, and Amazon Prime.

Sharkfest continues into August with more exciting and intimate documentaries for those who love the ocean — and maybe for those who fear it too. While the title of this special is a bit sensational, the subject at the heart is something quite odd: Great white sharks are being attacked by orcas, and some sharks are disappearing altogether. A group of scientists is tasked with finding out why.

The fourth TV show of the ever-expanding Marvel Cinematic Universe is also the first animated offering, and a highly intriguing one at that. This curious series tells the story of what could have happened in the many previous films instead of what did. It puts some of our favorite superheroes and villains in new situations, with Agent Carter becoming Captain Carter instead of Steve Rogers, and T’Challa taking the mantle of Star Lord instead of Black Panther. We have a sneaking suspicion that it will continue the push toward the multiverse that Marvel seems to be embracing as the center of their next major story.

As Disney+ fans know perhaps too well, the streaming service loves mining its own original content to make more original content. Though the second season of The Mandalorian finished in December 2020, fans will get a look behind the scenes of that thrilling and surprising finale this August. While the first season of this making-of series featured eight shorter episodes detailing a different component of the show, this iteration features a lone, one-hour episode to hold over fans until early next year when Mando returns.

For those who opted out of Premier Service access, now is your chance to watch the stylish and fun “Cruella” for free with your Disney+ subscription. Emma Stone stars as the devilish designer who turns to crime to achieve her aspirations in a story set in 1970s London. The movie is a polished and entertaining diversion and was well enough received that a sequel is already in the works.

To celebrate Disney World Princess Week, both the Disney Channel and streaming service will air a half-hour special in celebration of iconic princesses and their powerful anthems. Talented young members of the Disney family, including some from the recent iteration of High School Musical, will offer their unique renditions of classic songs. The special will also feature Brandy with a new music video for the song “Starting Now.”

We’re beyond excited for this new show created in part by the immensely talented Taika Waititi. Along with Native American filmmaker Sterlin Harjo, the two have woven a witty comedy about four young Indigenous teens getting into and out of trouble in rural Oklahoma. The initial trailer is hilarious, and Waititi’s absurdity is readily apparent.

This lovely comedy stars Ed Helms as a single dad who wants a child and the very talented Patti Harrison as the surrogate mother. Written and directed by Nikole Beckwith, this sweet, feel-good film was released earlier this year and features impressive turns by both leads as they navigate curious connections and newfound feelings. It’s a terrific piece for those in need of something thoughtful and inspired.

Homeroom is the final in a trio of documentaries from Peter Nicks detailing the systemic problems in Oakland, California. “The Waiting Room” tackled an overworked healthcare system, while “The Force” looked at the tumultuous police department; “Homeroom” offers an intimate look at a graduating class of teenagers confronting institutional racism and a growing pandemic. This timely doc proves to be inspiring and uplifting amid fear and uncertainty, and it shouldn’t be missed.

The final, shortened, and long-anticipated season of the beloved workplace sitcom begins in mid-August, and faithful fans are wondering how a show about a loveable police force will navigate current events in the U.S. The show has been championed by critics as well as the public for its quick wit, inclusivity, and idealism, but putting a cap on a long-running comedy isn’t easy.

Fans of “Big Little Lies” should be excited for this latest TV adaptation of a Liane Moriarty novel that again tackles the turmoil and deceit of the affluent and famous. “Nine Perfect Strangers” stars Nicole Kidman as Masha, the host of an elite wellness resort called Tranquillum House. An impressive cast includes Melissa McCarthy, Michael Shannon, Samara Weaving, Regina Hall, and Bobby Cannavale, and we can’t wait for sordid drama and shocking reveals.

Every time it seems like it may be the end for secret agent Sterling Archer, he comes back for more. The vulgar, quick-witted animated comedy returns for a 12th season and hasn’t missed a step despite its age. After three seasons of imaginative storytelling while Archer was in a coma, the titular spy awoke in season 11 with a lot of catching up to do. While we don't really expect Archer to grow up or take responsibility, we do anticipate more absurd action and sharp wit.

The premise of this adult comedy sounds familiar and there likely may not be any surprises, but that doesn’t mean there won’t be some enjoyment and a few laughs. Starring the charming and increasingly present John Cena, “Vacation Friends” follows a tight-laced couple who cross paths with a wild, party couple while in Mexico. Hijinks and antics of the vulgar and debaucherous kind ensue.

“Only Murders in the Building: Series Premiere,” August 31

Iconic comedians and frequent collaborators Steve Martin and Martin Short headline this Hulu comedy series alongside the multitalented Selena Gomez. The show follows three strangers obsessed with true crime shows who happen upon a murder in their chic high rise. This leads to a lot of investigation and reporting based not on expertise but their own understanding of how their favorite shows and podcasts work. We expect lots of wit and charm in this silly whodunit.

By no means are the three sequels to the iconic film “Jaws” any good, but sometimes in the summer you want to watch something mindless and goofy. All four films in the “Jaws” franchise hit Prime on August 1. While it’s not the Fourth of July weekend, it’s still a good time to embrace the tension and beauty of the original, and then laugh at the increasing absurdity of the films that follow. Dennis Quaid runs a SeaWorld-type park in the third film, and Michael Caine flies a plane to the Bahamas in the fourth — it’s utterly ridiculous.

This 1987 biopic is still as energetic and charming as it was when it was first released, and it features a terrific performance by Lou Diamond Phillips as Ritchie Valens. The film follows the sudden rise and tragic death of the young star of the late 1950s, chronicling the effect it had on his community as well as his family. In 2017, “La Bamba” was entered into the National Film Registry of the Library of Congress for its significance, and it’s worth revisiting when it drops on Prime.

This new documentary offers a personal look at the captivating and often mysterious actor Val Kilmer. It boasts home movies and video diaries shot by Kilmer himself along with interviews that showcase the talented, dedicated, and afflicted actor who rose to stardom in the late 80s. Though the format is fairly straightforward, there will surely be some revelations, plenty of wit, and interesting stories about the man who played Batman and Iceman.

The second season of this romantic anthology series returns to Amazon Prime — nearly two years after it first debuted — with eight new tales set between New York City and Ireland. Kit Harrington, Dominique Fishback, Garret Hedlund, and Minnie Driver are among those that find love in curious, romantic ways. Breezy, charming, and light, this is ideal summer fare for those in the mood for something sweet.

The last entry on this list might just be our most anticipated. It's been almost a decade since Leos Caraz made his last feature, “Holy Motors,” and early reviews of “Annette” suggest it's just as bonkers, spell-binding, and unforgettable. This musical drama tells the story of two talented artists, played by Marion Cotillard and Adam Driver, who find their lives changing after they have a child. It’s surely not a film for all audiences, but for those who like movies that push the limit of the medium, you should catch it as soon as possible.

More shows and movies to watch on Disney+ in August 2021

More shows and movies to watch on Hulu in August 2021