With a high joule rating, numerous outlets, and convenient features, this model is the one to getf for reliable surge protection. 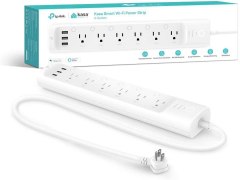 Offering good surge protection in a slim and appealing power bar design, this strip also boasts smart outlets that can be controlled with an app.

Requires use of the Kasa app for best features.

Protect your electronics on the go and add extra outlets to any hotel room with this compact surge protector. 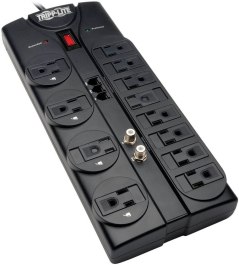 Rugged surge protection from a recognized brand with a dozen outlets, cable and phone jacks, and a sturdy-no nonsense design.

Audiophiles, audio engineers, and anyone with a significant investment in electronics might consider this high-end power conditioner.

A good surge protector is an item many people overlook, yet a small investment can save you thousands of dollars. Modern electronics are sensitive, and power fluctuations can destroy vital circuits in a fraction of a second.

So the question is, which surge protector? There are hundreds to choose from, and the technical aspects can be confusing. BestReviews is here to help make your shopping decisions easier.

If you're ready to buy a surge protector, our top five cover a wide variety of needs and offer excellent performance and value. If you need more information, the following surge protector shopping guide covers the subject in detail. 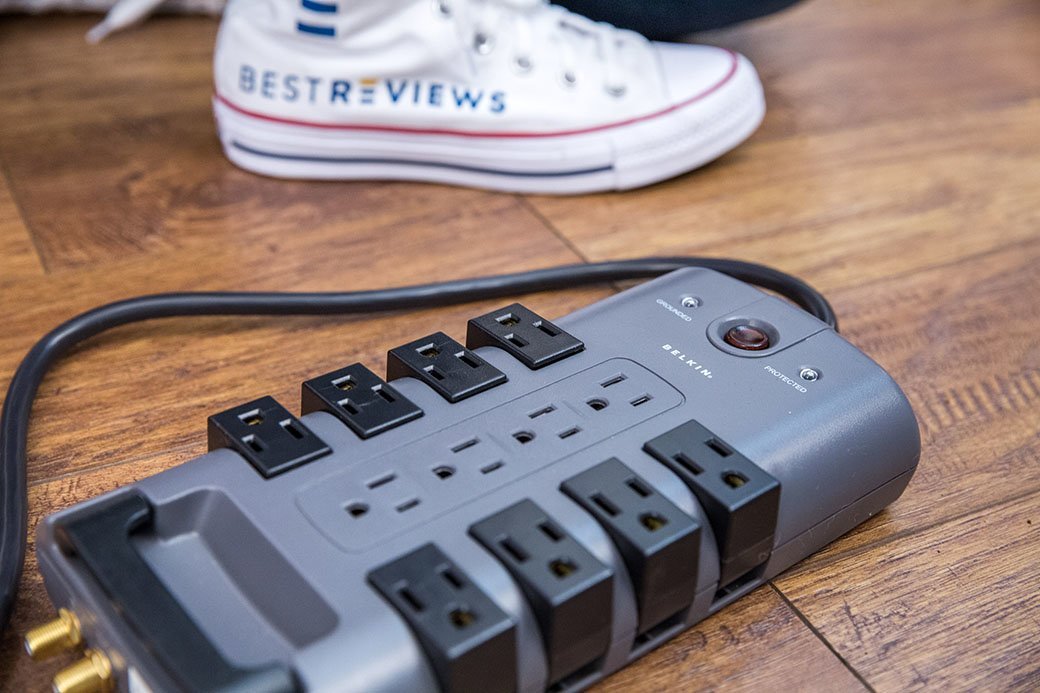 Although surge protector is the common term used, these devices can also be called surge suppressors because they absorb, dissipate, or divert voltage.

Who needs a surge protector?

In theory, the electrical supply to your house should be nice and smooth. In practice, all kinds of things can upset it.

Thunderstorms, for one. But while spectacular, storms are not the main culprit. Most of the time it's small imbalances at the power generating company or in your home that upset things. Ever notice your lights dim when the air conditioner kicks in? We live with these little fluctuations every day. Most spikes or surges go largely unnoticed.

But we now have more devices in our homes that are susceptible to those fluctuations. Modern TVs, audio components, computers, and game consoles – this is sensitive equipment. Even quite modest bursts of voltage can turn their internal circuitry into crispy fried junk.

The answer to who needs a surge protector is anyone who owns electronics. For just a few dollars, this simple, plug-in device can protect home entertainment and computer equipment worth thousands of dollars.

Under normal circumstances, the electrons inside the semiconductors have high resistance – they don't allow current through, so it flows down the live wire normally. When high voltage hits, resistance drops dramatically, and current flows harmlessly away to earth. When the surge has passed, resistance goes up again, and power goes back down the live wire.

MOV surge protectors are easier and less expensive to make, so this is the type commonly found for home use.

A few surge protectors also include a fuse as a fail-safe. If the current beats the MOV, the fuse will blow. Unlike the MOV or GDA, the fuse can’t return to its previous state. The surge protector would need to be replaced.

"A joule is a unit of energy roughly equivalent to the energy required to lift a four-ounce tomato vertically to a height of one yard. The joule is named for English physicist James Edward Joule (1818–1889)."
STAFF
BestReviews

The surge protectors discussed here are small, convenient devices that you plug into a household socket. To cover your entire home, you might need two or three, depending on how your electronic equipment is distributed.

Another solution is whole house surge protection. This is fitted to your incoming power line. The units are much more expensive, and fitting them is a job for a properly qualified electrician. One is often fitted in conjunction with a lightning rod, and may be the optimum solution in areas prone to frequent storms. If that sounds like where you live, consult a professional for proper advice.

Expert Tip
Excess voltage can damage or destroy your surge protector. An indicator light feature can show if it's still protecting your equipment.
STAFF
BestReviews

Considering the potential cost of having to replace your expensive electronic gadgets, a surge protector is a remarkably cheap investment, ranging in price from $10 to $200.

The price goes up pretty much in line with the level of protection and the number of outlets you want. Well-known brands command a small premium, but even the best surge protector we tested costs between $15 and $30.

Whole-house surge protectors are considerably more expensive. We looked at models ranging from $80 to $200. Unless you're an expert, add the cost of installation to that number.

Caution
For safety’s sake, never “daisy chain” surge protectors or plug one into an extension cord, or vice versa. Plug your surge protector directly into a wall socket. Any device should be connected using the power cord it came with.
STAFF
BestReviews 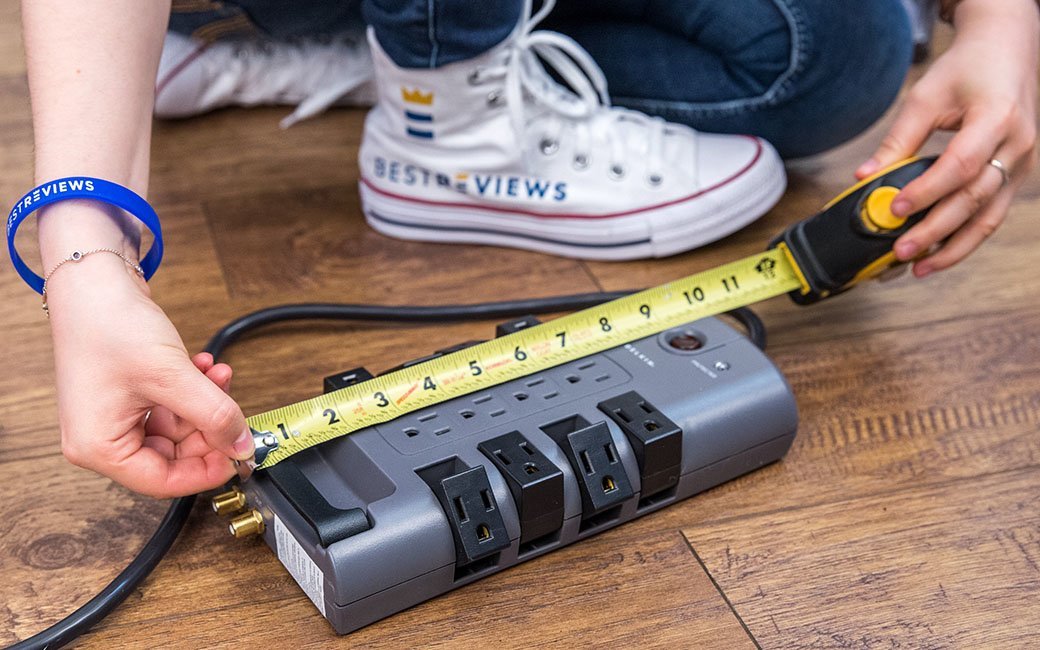 Biggest isn't always best – you might be spending more money than you need to. You probably need a substantial surge protector for your den if you have a TV, audio system, computer, and game console. If you only need to charge a tablet and phone, a two- or three-outlet model is adequate.

Q. Will my surge protector work if there's a lightning strike?

A. It depends how close the strike is to the house. If it's a direct hit, it won't, unfortunately. Even external rods and cabling aren’t 100% guaranteed to prevent damage. The current from a lightning strike can max out at around 100,000 amps. Imagine that hitting your 15A wall socket. A small device like a surge protector doesn't stand a chance of containing or diverting all that power. While direct hits are relatively rare, even a close strike can be damaging. The safest course of action if you know a major storm is coming is to unplug your devices so they don't provide a path to earth for the lightning to follow.

Q. What's the difference between a power strip and a surge protector?

A. The product name is the root of the confusion, and it's really important. A power strip simply gives you multiple outlets to plug into. Though it looks similar, many offer zero protection for your electrical devices. Even those with circuit breakers inside aren't really sensitive enough to prevent problems.

Q. Is a UPS the same as a surge protector?

A. No, although a UPS frequently has surge protection built in. UPS stands for uninterruptible power supply, meaning in the event of a power outage, it maintains electricity to your device. These are frequently used with computers and associated equipment, so you can keep working if there's a blackout. In essence, it's a kind of battery backup. And like all batteries, a UPS eventually runs flat. It depends on the power available and the number of things plugged into it. A small UPS might run for 15 to 30 minutes. Even large ones seldom run for more than a couple of hours. 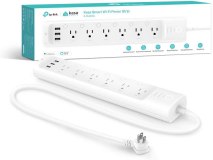 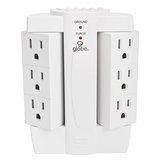 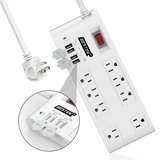 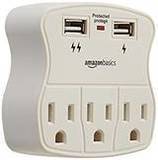 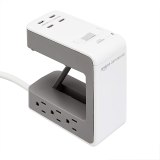