Very reliable internal SSD that delivers a lower price per GB of storage than others.

Model is available in capacities between 250 GB and 4 TB. Delivers read-write speeds up to 550 MB per second. Works well with any type of computing system, including Windows or Mac. Excellent price point for this type of SSD storage.

Doesn't ship with instructions. May run slow in some computing setups.

Desirable price point per GB of storage for a convenient external SSD model.

Available in storage capacities between 250 GB and 2 TB. Has a lower price point per GB than some other SSD options. Gives you a read-write speed up to 540 MB per second, which is above average for an external drive.

Doesn't seem to offer the longevity of some other types of SSDs.

Extremely fast SSD memory that will fit in many different styles of computing hardware.

Offered in capacities between 250 GB and 2 TB. One of the fastest SSD options you'll find, with a read speed of up to 3,500 MB per second. Includes cloning and file transfer software from Samsung that simplifies the SSD's operation.

Price point is a little high per GB. May not handle high-end computing needs well.

It's expensive, but this PRO model gives you a high level of reliability over time.

Offered in capacities between 256 GB and 4 TB. Delivers a read-write speed of up to 560 MB per second. Will work with either Mac or Windows computers. Can fit models of either desktop or laptop computers.

Pricey. This model may not work efficiently when installed inside a RAID system.

Storing data in a computer traditionally has been done using a hard disk drive (HDD). However, for the latest storage technology, solid state drives — or SSDs — deliver improved speed and performance over HDDs.

When purchasing an SSD for a computer, you can choose from several manufacturers. Leading manufacturers of SSDs include Samsung, Kingston, Crucial, Seagate, Intel, and SanDisk. Samsung has been one of the leading SSD manufacturers for many years. It made the first 32GB SSD in 2006 and the first 1TB SSD in 2013.

Currently, Samsung offers a wide variety of solid state drives for computer storage. Samsung offers both internal and external SSDs for pairing with various computer models. Multiple read/write speeds and capacities are available from Samsung, too.

With Samsung’s multiple options, you’ll be able to find just the right SSD for your needs. Samsung makes drives for gamers who need maximum data transfer speeds, for photographers who need maximum amounts of data storage, and for everyone in between. 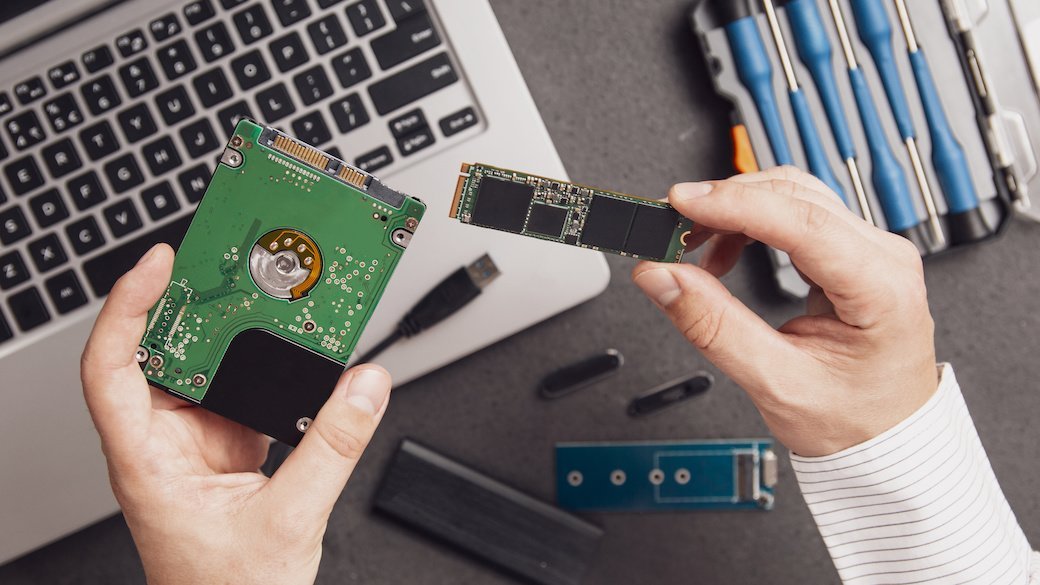 Beyond capacity, when shopping for a Samsung solid state drive, the primary decision involves whether you want an external or internal SSD. With Samsung, internal drives are more common than external (or portable) drives.

The external SSD format from Samsung is a storage drive you can carry with you. It doesn’t have to be installed inside the computer.

You may choose to use an external SSD as a means of backing up your data stored on the internal storage drive. An external SSD also works nicely to add extra storage capacity and SSD technology to a laptop, where installing an internal SSD could be challenging.

With an internal solid state drive from Samsung, you install it inside the computer. If you don’t feel comfortable doing this yourself, you may have to employ a professional.

To install the drive, you must have free space in the computer. You also must select an SSD format that fits inside the computer and matches the connection hardware you have available.

When buying an internal SSD, you’ll often be asked to enter your computer’s make and model at the website. This information ensures the internal drive you’re considering is compatible with your system.

When comparing the features found in Samsung SSDs, it’s important to pay attention to the format and the performance speeds.

Every Samsung SSD lists its maximum read and write speeds. The read speed refers to how quickly the computer can access data from the drive. The write speed shows the speed at which the drive can save new data.

As a general rule, a Samsung SSD is able to read data at faster speeds than it can write data.

Did you know?
IOPS is short for input/output operations per second, referring to the number of operations the SSD can perform each second.
STAFF
BestReviews

Inexpensive: The least expensive Samsung SSDs cost .08 to .15 per gigabyte, meaning you pay roughly $80 to $150 for a 1TB drive. These drives have below-average read/write speeds, so they’re made for computer users who need large capacities without high performance levels. (They’re still faster in read/write performance than HDDs.) These are primarily internal drives.

Mid-range: A mid-range Samsung SSD costs .15 to .25 per gigabyte. This translates to $150 to $250 for a 1TB SSD. For the majority of users, these Samsung SSDs have the desirable mix of value, performance, and capacity.

Expensive: The priciest SSDs from Samsung cost .25 to .50 per gigabyte, or $250 to $500 for a 1TB drive. These SSDs have extremely fast read/write performance along with a variety of capacities. They’re made for gamers and video editors who need top data access speeds.

To receive the biggest benefit from your Samsung SSD — and the highest level of performance — we’ve compiled some tips for caring for and using the drive.

For the majority of people, a Samsung SSD from our matrix should work nicely. However, if you’re looking for something a little different, we did consider a few other products that deliver good results. For an external SSD, Samsung X5 is a little pricey, but it’s available in configurations up to 2TB with an impressive write speed of up to 2.3GB per second. 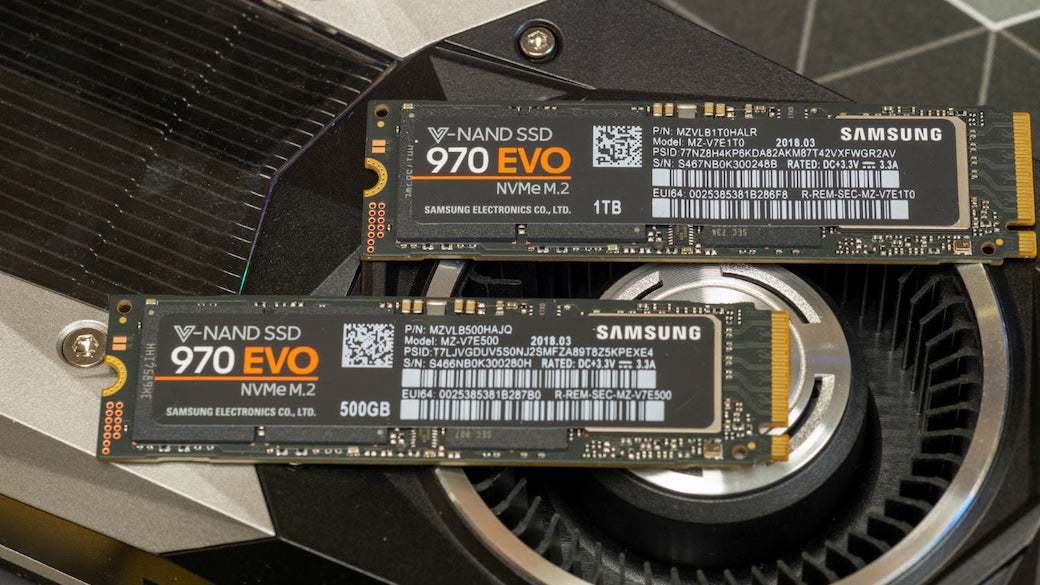 The majority of SSDs should be compatible with any operating system your computer is running.

Q. Why are SSDs faster than traditional hard disk drives?

Q. Do SSD memory cells wear out over time?

A. Yes. However, SSD manufacturers often include wear-leveling technology to minimize this problem. Wear-leveling causes the SSD to use all memory cells a similar number of times, rather than using the same cell continuously. This reduces the chances of wearing out a cell.

Q. Are there reasons to pick HDDs over SSDs?

A. HDDs tend to have a lower price per gigabyte than SSDs, although the price gap is continually shrinking. Additionally, for those who need a huge amount of storage space in one device, an HDD is probably the better choice. HDDs are available in much larger storage capacities than SSDs.

Q. Is an SSD trustworthy for long-term storage of data?

A. SSDs perform well and are trustworthy for the majority of users, even over years of use. However, SSDs aren’t perfect. An SSD could lose data because of errors. It could lose data if it’s not used for a couple of years. If you’re someone who uses the SSD regularly for a dozen or more hours per day, the memory cells could wear out faster than they should. Regularly back up your data, just to be safe.

Top Pick
Samsung
960 EVO Internal SSD
Bottom Line
Not available in as large of a capacity of some others, but it'll give you high-speed performance.
Shop Now