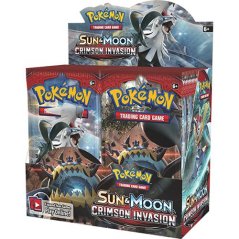 Collectors and deck builders will appreciate owning a large portion of the Crimson Invasion set’s powerful cards by buying a single booster box.

With only 110 cards in this set, you risk finding repeat cards. 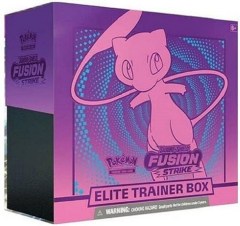 An affordable set of 8 booster packs perfect for any beginner or experienced collector.

Features 110 cards — 65 card sleeves and 45 Pokémon TCG Energy cards. The Build & Battle Stadium has everything needed for 2 players to face off. A great option for beginners to start building a new deck.

May not be as comprehensive as other booster box sets. 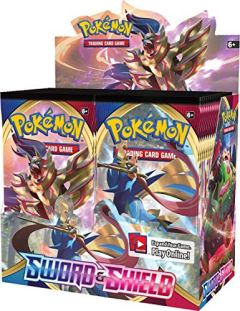 If you are a fan of the brand-new creatures seen in Pokémon Sword and Shield, you’ll love the variety of strong Pokémon cards found in this booster box.

Over 200 cards to collect in this set. Contains 36 booster packs with 10 cards each. Find powerful Pokémon cards like Dhelmise V, Lapras V Max, and Wobbuffet V.

With 200 cards in the set and 360 cards per booster box, expect to get some duplicates. 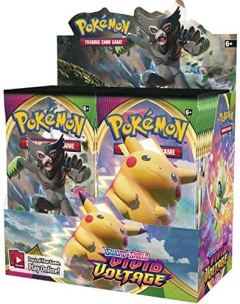 Fans of the Sword and Shield video games will enjoy this large collection of rare and strong Pokémon, especially the mega-sized VMAX cards. 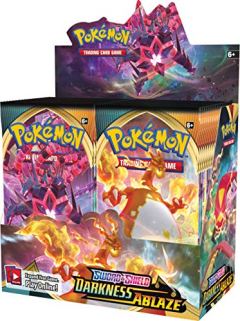 In this relatively smaller set, buyers have a high chance of getting some top-tier cards for their deck.

The Pokémon Trading Card Game first launched in the United States in October of 1998, and American Pokémon fans instantly fell in love with the highly customizable, collectible card game as it blossomed from its initial 151 creatures to well over 800 and counting years later.

Some Pokémon TCG enthusiasts aren’t satisfied with buying individual booster packs of 10 cards a piece, and those who want to quickly complete their collections or optimize their competitive decks with the best Pokémon cards that each set has to offer often look to buying booster boxes instead. Every Pokémon booster box contains 36 individual booster packs, and since the average Pokémon TCG series offers 130 to over 210 individual Pokémon cards to collect, it’s easy to see why a booster box is a great alternative for dedicated fans.

While we wish that we could’ve caught ’em all, we investigated more than enough Pokémon booster boxes to know how to decide which ones are the best choice for Pokéfans. 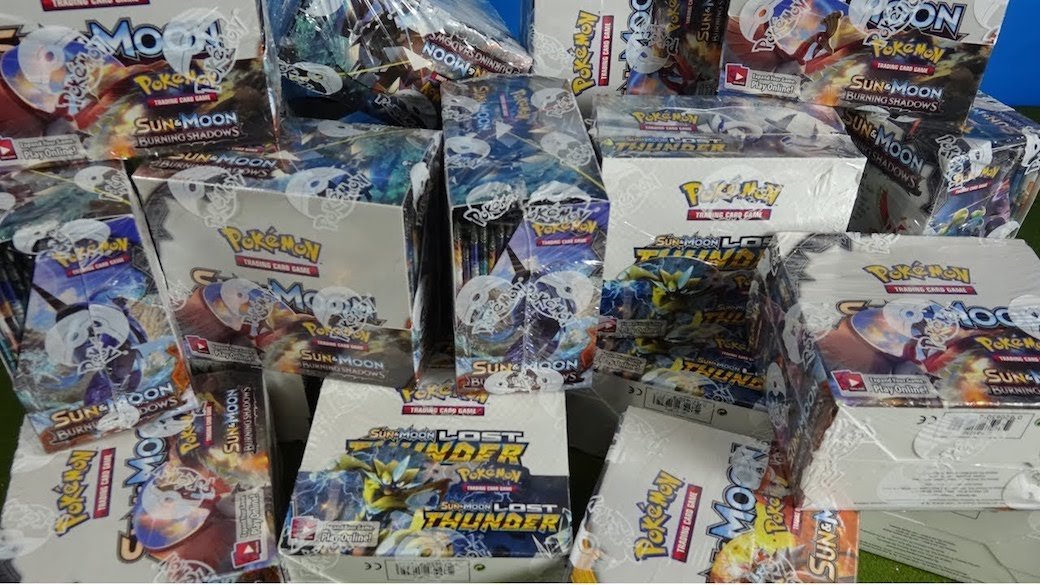 Unlike theme decks, booster boxes are guaranteed to be free of Energy cards, so each included booster pack will be full of exciting Pokémon and Trainer cards!

Some hardcore fans have adopted the Pokémon series motto (“Gotta catch ‘em all!”) and feel the need to collect one of every card in certain Pokémon TCG sets. A booster box goes a long way towards accomplishing that lofty goal. For example, the Celestial Storm set features around 160 cards, and a booster box contains 360 cards. Although you are expected to receive more than a few duplicates along the way, you’ll be far closer to completing the full set by the time you’re done opening all 36 booster packs that come in a Celestial Storm booster box.

Each new Pokémon TCG set includes its fair share of formidable Pokémon creatures, new cards, and fresh strategies to further strengthen your craftily constructed deck. While GX Pokémon are the ultimate powerhouse prize for competitive players of the card game, each booster box is guaranteed to contain at least 36 rare Pokémon to help give you a bigger edge the next time you play.

You don’t have to be a serious collector or master strategist of the game to appreciate cards sporting cool artwork of some of your all-time favorite Pokémon. We recommend that you read through each booster box’s card list to compare the likelihood that a booster box of 360 cards will contain a good portion of your personal favorite Pokémon. For instance, if Spinarak, Bruxish, and Durant are some of your favorites, you have a good chance at obtaining cards for all three and many more by buying a Lost Thunder booster box.

One of the best things about individual Pokémon TCG booster boxes is how each set is completely different from the others, and it’s not uncommon for a new series to include new card types and Pokémon species to the game. It’s up to you to read through the card checklist of each expansion set to learn if it contains cards that personally appeal to you, but here are a few features to look out for during your booster box research:

The price of the average Pokémon TCG booster box ranges between $90 and $100, with few exceptions.

While you may find a Pokémon TCG series booster box available for over $100 due to the relative scarcity of a certain series, it’s far more rare to stumble across a Pokémon booster box for less than $90.

Although $90 to $100 may seem like a lot of money for Pokémon cards, it’s actually a fantastic deal. Keep in mind that a booster box contains 36 booster packs with ten cards each. Most individual Pokémon TCG booster packs cost between $5 and $7 each, so at the very least, you would need to spend $180 in single booster packs to get the 360 cards included in a $90 booster box. 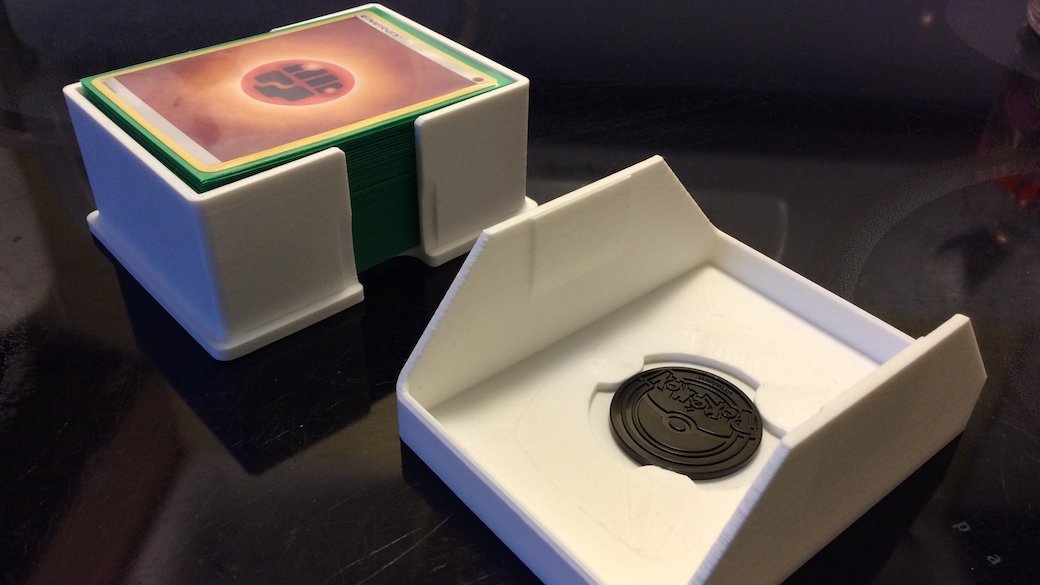 Keep your perfectly curated and strategized Pokémon TCG deck safe and sound wherever you go by storing your 60 most important cards inside of a deck box.

Q. Am I guaranteed to receive at least one of every Pokémon card in a series if I buy its booster box?

A. No, but even if you don’t own every card in a certain series after opening a booster box stuffed with 36 booster packs, you’ll likely be pretty close to completing your collection.

Each booster pack includes ten cards: six are common, three are uncommon, and the final card will be rare. Even though you are guaranteed 36 rare cards per booster box, premium foil cards, Pokémon-GX variants, and Prism Star Pokémon variants will be much harder to come across.

Q. Do I need to buy a booster box if I want to start playing the Pokémon trading card game?

A. Absolutely not. If you’d like to begin playing the Pokémon TCG, we recommend starting with a theme deck for $10 to $13. These contain a predetermined set of 60 cards that are structured to give a novice everything they need to begin playing, including specific numbers of Pokémon, Trainer, and Energy cards. People who play the Pokémon TCG consider buying a booster box to be the ultimate way to customize their decks with a wide selection of 360 new cards, which, in turn, opens the door to a gigantic number of strategic deck-building possibilities.

A. Good question. GX cards were introduced in the Pokémon Sun & Moon set, and they’ve been a part of each series ever since. A Pokémon card with the GX title has far more HP and stronger attacks than their normal versions, and they feature stunning artwork, too.

For instance, the ultra-rare Palkia-GX card available in the Forbidden Light series has access to the devastating “Zero Vanish GX” attack. If Palkia-GX uses it, the opponent is forced to shuffle every single Energy card attached to their Pokémon back into their deck. Just be thankful that these game-changing GX attacks can only be used once per player, per game. 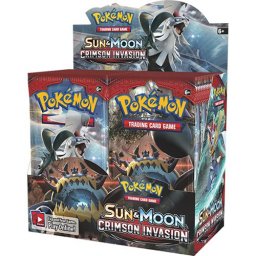 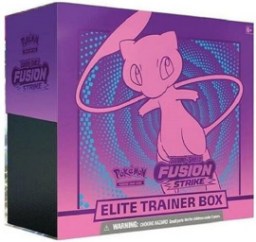 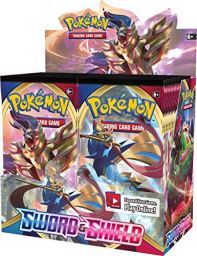 Top Pick
Pokémon TCG
Sword & Shield Booster Box
Bottom Line
If you are a fan of the brand-new creatures seen in Pokémon Sword and Shield, you’ll love the variety of strong Pokémon cards found in this booster box.
Shop Now 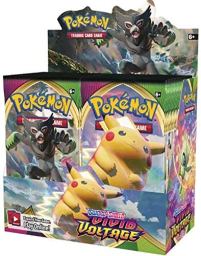 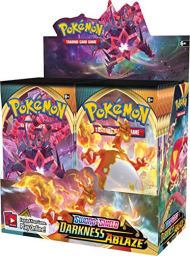 Top Pick
Pokémon TCG
Sword & Shield—Darkness Ablaze
Bottom Line
In this relatively smaller set, buyers have a high chance of getting some top-tier cards for their deck.
Shop Now 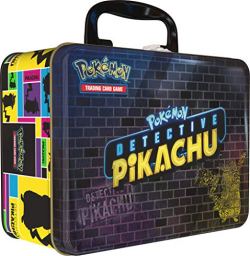 Top Pick
Pokemon TCG
Detective Pikachu Collector Treasure Chest
Bottom Line
This tin box of goodies is the perfect introduction for anyone curious about the long-standing Pokémon Trading Card Game after falling in love with the new Detective Pikachu film, as it includes many Pokémon creatures featured in the movie.
Shop Now 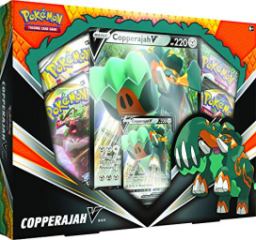 Top Pick
Pokemon TCG
Copperajah V Box
Bottom Line
The mighty metal Copperajah deals out tons of damage and is especially thick-skinned, making it a sturdy Pokémon to build a deck around with the help of this box.
Shop Now 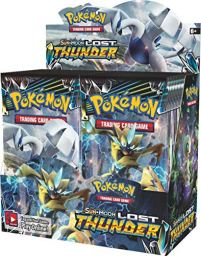 Top Pick
Pokemon TCG
Sun & Moon—Lost Thunder
Bottom Line
You have a good chance at unpacking some extra-powerful cards to construct a deck around in this set.
Shop Now 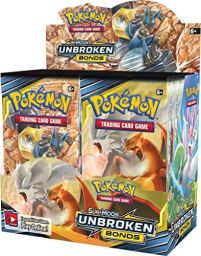 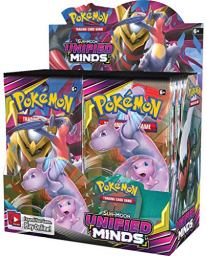 Top Pick
Pokemon TCG
Sun & Moon—Unified Minds
Bottom Line
With so many cards in this booster box, it is easy to construct a deck around your favorite Pokémon.
Shop Now