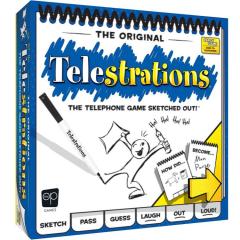 Easy to teach and enjoyable for all ages. Works well with children or adults. Up to eight players can play together. Though drawing is the focus, players don't need to draw well.

You can play with fewer players, but Telestrations is best with five or more. 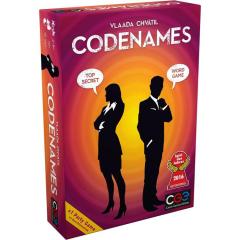 A team-based word game that is tense until the final moment.

Good for large groups since people play as teams. Setup is quick, and you can flip the cards over to immediately play a second round. No two games are the same.

Can be more of a mental drain than most party games.

Even if players don't know each other, they will quickly get talking during this game of quirky comparisons.

Makes everyone get inside each other's head as they try to interpret their teammates clues. The unique plastic meter device is both eye-catching and functional. Can easily be played on the couch or anywhere without a table.

Though it works well, the plastic device takes some getting used to. 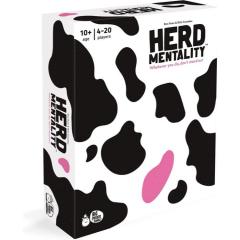 Write the most common answer to questions in this simple, silly party game.

A good balance between competitive and laid back. Unique gameplay rewards thinking alike rather than thinking outside the box. Playing for points is enjoyable, but they don't matter much in the end. Made with minimalist packaging and components.

Repeat cards between games can dampen the fun. 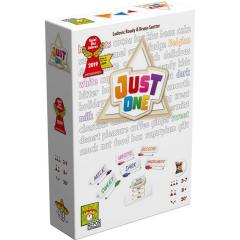 The rules are simple enough to start playing in just a few minutes.

Players write clues to get another player to guess the mystery word — but duplicate clues are eliminated. Short, fast-paced rounds. Surprisingly challenging given the simple rules.

Nothing gets people laughing quite like a party game. Whether you’re looking for a rowdy activity for a large group, a team-based trivia game, or a competitive dexterity challenge, you can find a party game that your friends and family will enjoy.

Some games test players’ drawing ability or knowledge of obscure facts, while others almost play themselves, entertaining the group with clever jokes or wacky challenges. There’s no set definition of a “party” game, but it usually focuses on testing how well you know your friends.

There are party games for small or large groups, and they vary greatly in style, theme, and gameplay. A good buying guide and recommendations can help you find the right one for your next get-together. 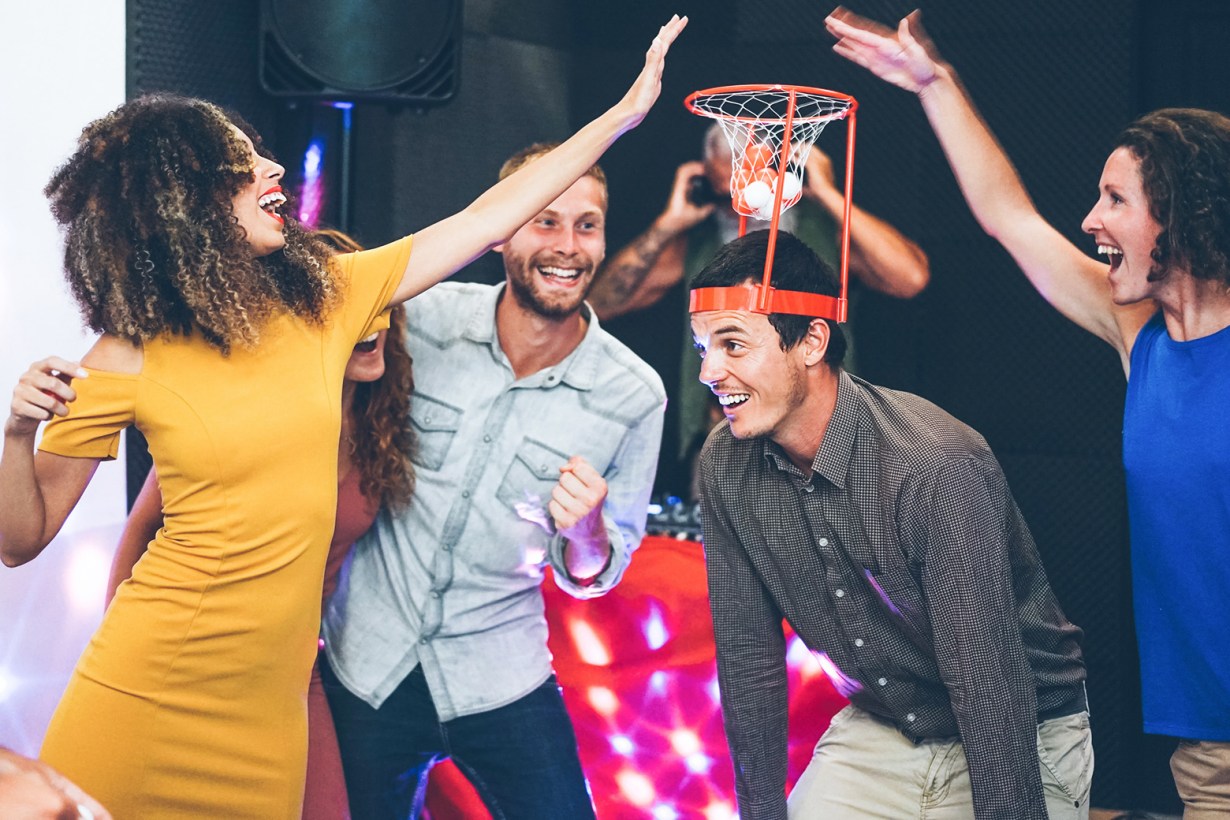 Consider your environment. Some games (and groups of people) can be loud, and some games are too explicit for public places.

How to buy the best party game

It’s hard to say that any party game is “better” than another, but there are certain games that will and won’t work for your group.

The size of your group is a big factor in finding a game that will work for your gathering. While you can sometimes tweak the rules to include more players, most rules have a firm limit for a reason. The more flexible the number of players in a game, the more often you’re likely to play the game.

A “party” doesn’t have to mean a large group, and you can play some party games with as few as two people. Many games with a maximum of four are cooperative puzzles or guessing games. Many games for six to eight players are team-based games or dexterity games. Games for more than eight players are mostly social deduction, guessing, or dexterity games.

Many team games, especially those based on guessing what one player is trying to communicate using clues, can accommodate any number of players, making one of these a good choice for a large group or a situation in which you don’t know exactly how many players you’ll have.

Mature content is an obvious barrier for young players, but some party games are complex or require honesty, either of which can be challenging for children.

Children: These party games are almost always simple, but that doesn’t mean they aren’t fun or interesting. They might require an adult to facilitate, but a few can be played by kids on their own.

Family: These party games are designed to work with players of all ages, often swapping out skills for random chance or entertainment. Dexterity games can work well for most children and adults, as can games that require players to come up with funny answers to questions or prompts.

Adult: These party games are not necessarily explicit, though many of them are. Some are quite complex, such as social deduction or word-based games. Others rely on players having comparable knowledge or skills in order to compete fairly.

Many of today’s party games do away with plastic whenever possible. Look for games that are sealed with stickers rather than plastic film.

Features to look for in party games

Games with innovative designs are released every year, and many classic games stand apart for their unique concepts. There’s no limit to what a party game can be, which gives you plenty of options.

Many different types of games fall under the umbrella of “party” games. There are many ways for friends or family members to laugh together and learn about each other.

Dexterity: Flicking, stacking, tossing, balancing, a dexterity game can be just about anything that involves fine motor skills or even a bit of physical activity. These games work well to get everyone moving, and they are often as much fun to watch as they are to play.

Social deduction: In these games, players are usually given a secret identity or split into teams without knowing who their allies are. Sure, it means you probably have to be a bit deceptive (or betrayed by close friends), but the players make the game in this genre. Playing the same game with different groups can produce astonishingly different experiences.

Puzzle: Quickly solving simple puzzles is an entertaining challenge even when things go terribly wrong. These aren’t usually overly complex, though they do require more thinking than most party games.

Trivia: Putting obscure knowledge to use (or finding out who has watched a popular TV show the most times) is a fun challenge. Some players might feel left out if they can’t keep up, but not all trivia games require deep knowledge of different subjects.

Guessing: Conveying a word or idea to your teammates through convoluted means is a lighthearted challenge that can usually be played with most people comfortably seated on a couch. Some games are like charades, while others require players to come up with clever clues to get their teammates to guess specific words. Though you might be competing for points, these are often low-stakes games that can be played again and again.

Creative and humorous: In these games, players submit answers to questions from zany cards or create miniature masterpieces of art. Often, one player is the “judge” who reads a question or prompt from a card and judges players’ submissions. These games might take some people out of their comfort zone, but they’re a favorite of many groups since they’re more of an activity than a competitive game.

Drinking: Drinking games can fall into any of the above categories but with the addition of alcohol. These games exclude anyone who doesn’t drink, so you should know your group before suggesting a drinking game. However, with responsible drinking, these can make for a hilarious evening.

Teams: When you have players of different ages or skill levels, playing in teams can equalize the sides. Team games are great when you have a group of people who don’t know each other well or at all. These can be perfect icebreakers, and winning or losing doesn’t matter too much, but that’s not to say they’re not competitive too.

Individuals: These games have players competing against one another. They can be anything from puzzle games to dexterity games to joke-based games, and most are lighthearted in nature. They usually have one winner and one loser, so they might not be for everyone or every gathering.

Are you looking for a quick game to play while waiting for all the guests to arrive at a dinner party or a main event game that takes an hour or more to play? There are party games to fit both scenarios.

Short games can be as brief as a single round that lasts minutes, or they can be played over the course of several rounds. You might not even feel the need to track points with some of these games and just play until everyone hits peak fun.

Long games tend to be more involved, requiring players to learn more complex rules and compete or cooperate over the course of an hour or so. A very long game might exceed the attention span of young (or tired or intoxicated) players.

Some party games are so straightforward (such as many dexterity games) that you can learn the rules just by watching others play. Others take a few minutes to teach. If you’re unsure of the complexity of a game, length is a fairly accurate indicator. Long games are usually more complex. 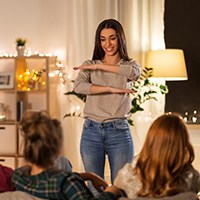 STAFF TIP
If your game has adult content, ask your guests if everyone is comfortable with it before starting.
STAFF
BestReviews

How much do party games cost?

Most party games are affordable and give you your money’s worth in a single evening. Others are more of an investment, but they can be worthwhile if you play games often.

Simple games with basic pieces like a deck of cards or a few dexterity components cost $5 to $20.

More involved games can support larger groups or have enough content to keep the gameplay interesting for years. These cost between $20 to $40.

The suggested age range on a game can be misleading. In many cases, games have a higher age range because they didn’t undergo third-party safety testing. 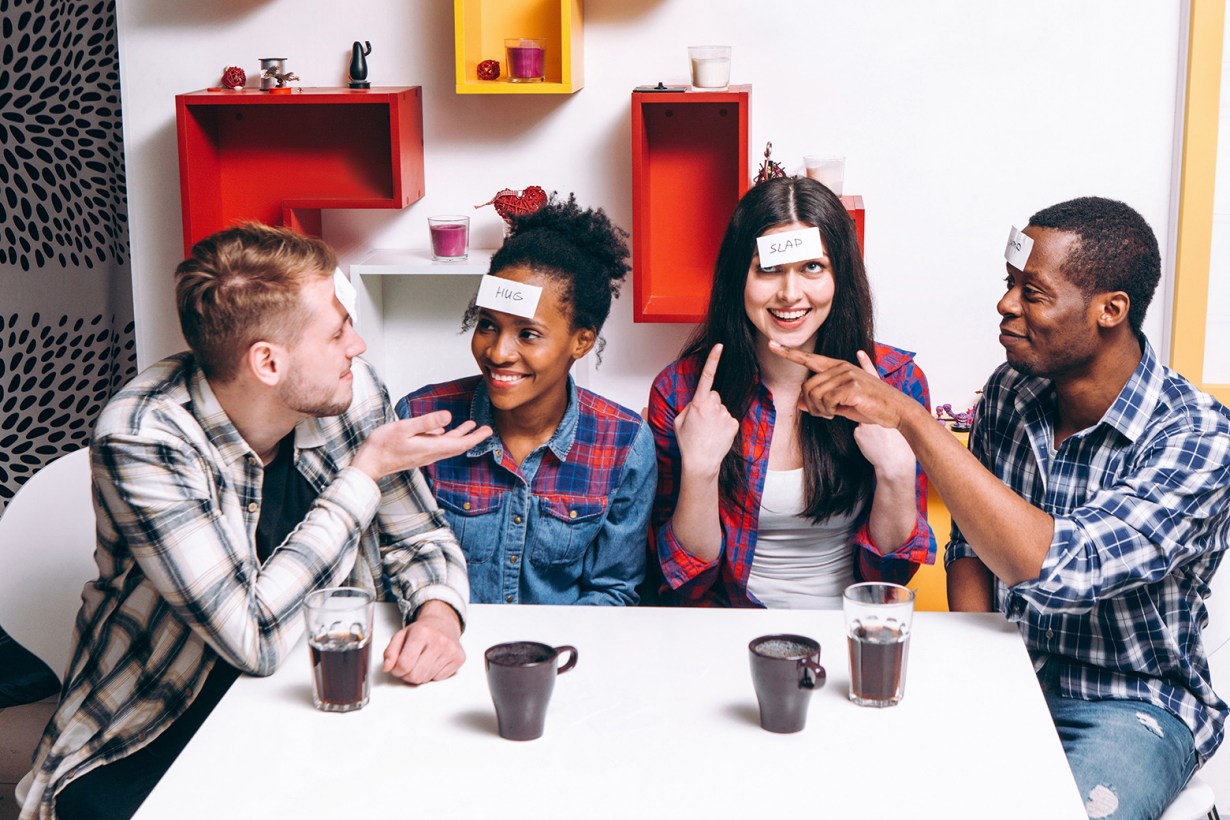 There are many how-to videos available online if you don’t want to read a rule book. Many game publishers produce their own how-to videos.

Q. What’s the best way to teach a game?

A. With most party games, people can dive in after a brief explanation of the rules. Open with the type of game it is and what you’ll be doing, then tell everyone how to score points and win. Getting people playing quickly keeps your guests from getting bored.

A. If the game doesn’t have an obvious endpoint (or if the end takes too long to reach), do your best to read the room. Ask everyone if they want to stop after the next round. They will let you know if they want to keep playing.

Q. How should I divide teams?

A. Always aim for balanced teams in terms of skill level. That usually means an equal mix of children and adults on each team. When you have a few newcomers who don’t know everyone, distribute them in groups rather than putting them all on the same team. 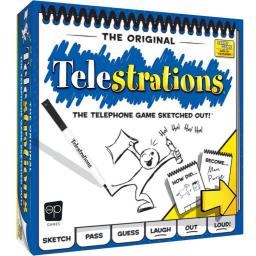 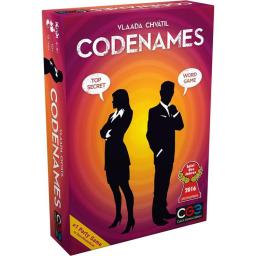 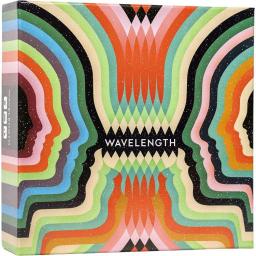 Top Pick
Palm Court
Wavelength
Bottom Line
Even if players don't know each other, they will quickly get talking during this game of quirky comparisons.
Shop Now 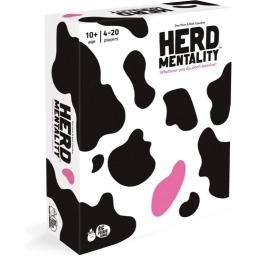 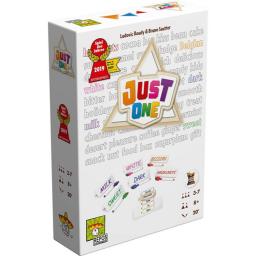