A high-end duvet with fine construction that's designed to last and intricate details.

Shell is 500 thread count cotton and filling is UltraClean European white goose down fill. Oversized design is warm and cozy. Bonus points for being machine washable.

After it's washed a few times, it ends up shedding feather into sheets. 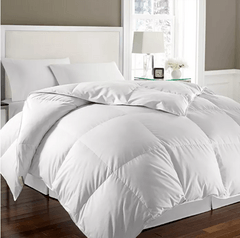 An affordable option that doesn't compromise on construction or fill quality.

Shell is made with super-soft 250 thread count cotton. Has a feather/down fill. Oversized design elegantly drapes over the sides of beds. Has end-to-end box stitching.

A very warm option, so many people limit it to cold-weather use. 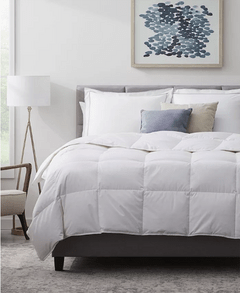 Duvet is infused with technology to enhance cleanliness through SilverScience threads.

Designed with materials that inhibit bacteria and promote a hypoallergenic sleep surface. Equipped with duvet cover ties. Cotton shell with a duck down and feather fill.

It tends to get wrinkled easily. 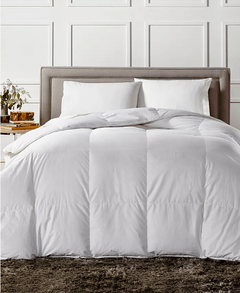 This medium-weight duvet is popular for year-round use and features a baffle box design.

Shell is 100% cotton and fill is 600 down. Has corner tabs for duvet covers. Easy care; it's machine washable and tumble dry low. Not as bulky or overwhelming as other duvets.

Some reports that the comforter sheds fairly regularly. 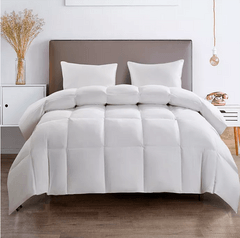 A top-rated duvet that is certified by the American Down and Feather Council.

Buying guide for best duvets What is a duvet? Benefits of having a duvet on your bed Duvet feature considerations How much should you pay for a duvet? Tips

We all know how important a good night’s sleep is. Not only is it part of a healthy lifestyle, but it’s impossible to get through a busy day at work or with the kids if you haven’t gotten some quality sleep.

A comfortable bed is crucial to that good sleep, and your bedding figures prominently in the equation. In particular, your duvet can be a game-changer. With the wrong duvet on your bed, you could end up feeling too warm on spring and summer nights or too cold in the wintertime. Choosing the right duvet can be tricky, though, because there are so many options on the market. Deciding between the various thread counts, fill types, and thicknesses can start to feel like mission impossible after a while. 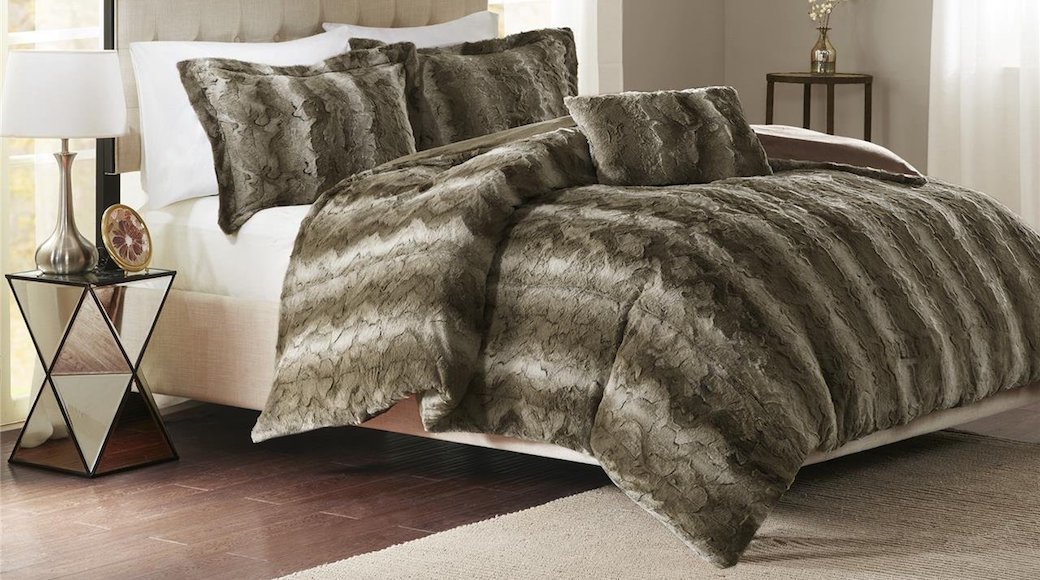 Duvets are sold by bed size and are typically closer in size to the bed than comforters are, so there’s less overhang on the sizes.

What is a duvet?

A duvet is a type of blanket that consists of a material shell and a filling made of down or a synthetic alternative. Because of the blanket’s design, a duvet can provide effective insulation while still feeling relatively lightweight.

A duvet differs from a comforter in that it’s not covered in fashion fabric and typically contains more fill.

Duvets are usually white. They are designed to nestle inside a duvet cover in much the same way that a pillow nestles inside a pillowcase. The duvet cover secures around the perimeter of the duvet with a zipper or buttons. 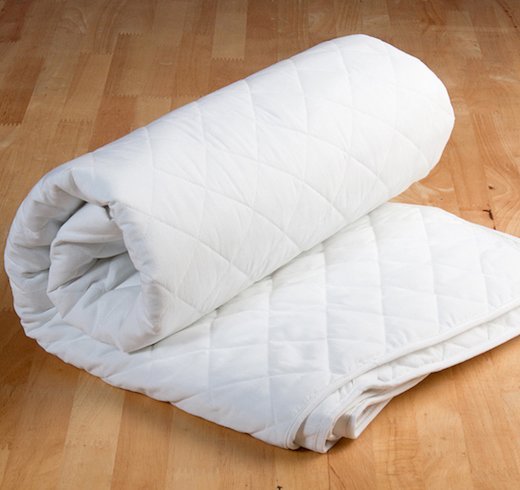 For your safety
To avoid allergens in your duvet, opt for a style that is advertised as “100% down”, “All down,” or “Pure down.” Those that aren’t clearly marked may contain as little as 30% down and nearly 70% feathers.
STAFF
BestReviews

Benefits of having a duvet on your bed

In addition to the lightweight warmth mentioned above, a duvet brings other benefits to your bed, including the following.

Because a duvet is placed inside a cover, it’s extremely easy to change its look. Duvet covers are available in a wide variety of colors and patterns; you can change the look of your bed based on the season, your décor, or your mood.

You don’t have to wash a duvet nearly as often as you wash a comforter. The reason: the duvet cover protects the internal duvet. Because of this, a duvet might last longer than a comforter.

Duvets aren’t as heavy as comforters, but they’re still extremely warm because they effectively trap body heat without the added bulk.

Duvets usually aren’t as long on the sides as comforters or other blankets, so you don’t have to worry it overhanging the edges and draping the floor.

Did you know?
With a duvet and duvet cover, you don’t need to use a top or flat sheet. The duvet is warm enough that the extra layer isn’t necessary.
STAFF
BestReviews

Duvets are sold in sizes that correspond to mattress sizes. Choose from twin, full, queen, and king based on the size of your bed.

In most cases, a duvet is closer in size to the actual mattress than a comforter or other blanket, so there’s less overhang on the sides.

If you want a duvet that hangs over the edge, go up one size from your mattress.

The shell material of a duvet doesn’t matter quite as much as it would for a comforter or other blanket because you’ll be covering the duvet. In most cases, though, the outer shell is made of cotton.

You should still pay attention to the duvet’s thread count, though. Thread count refers to the amount of horizontal and vertical threads per square inch in a piece of bedding. With sheets and comforters, higher thread counts mean that the bedding has a soft, luxurious feel. For duvets, a dense thread count helps contain the fill material and gives it a lightweight, airy feel.

For maximum comfort, choose a duvet with a thread count between 300 and 500.

A duvet’s fill power refers how much space one ounce of its down occupies. The higher the fill power, the fluffier the duvet is and the higher-quality down it has.

Fill power is also a good indicator of how insulating and warm a duvet will be. That’s why certain fill powers are better for a specific season than others.

Down is the most common fill material for duvets. It’s made from the insulating layer beneath duck and goose feathers, so it provides lightweight warmth. Down also breathes very well, so you won’t get sweaty while you sleep.

When choosing a down-filled duvet, make sure it’s labeled as “100% down,” “Pure down,” or “All down.” Otherwise, it may be filled with mostly feathers, which don’t insulate as well as down.

If you have mild allergies but want a down duvet, look for down that’s been cleaned and sterilized. For severe allergies, however, a duvet filled with a synthetic down alternative (usually polyester) is usually the best option.

In addition to being hypoallergenic, down-alternative duvets tend to cost less than pure down duvets. However, they also tend to be heavier and not as breathable.

Duvets should have stitching that helps keep the down from shifting and forming lumps. They’re typically available in several different constructions, including baffle box, channel, gusset, and quilt stitching.

How much should you pay for a duvet?

Duvets vary in price based on their size, material, thread count, and fill type, but you can typically expect to pay between $18 and $300 for one. 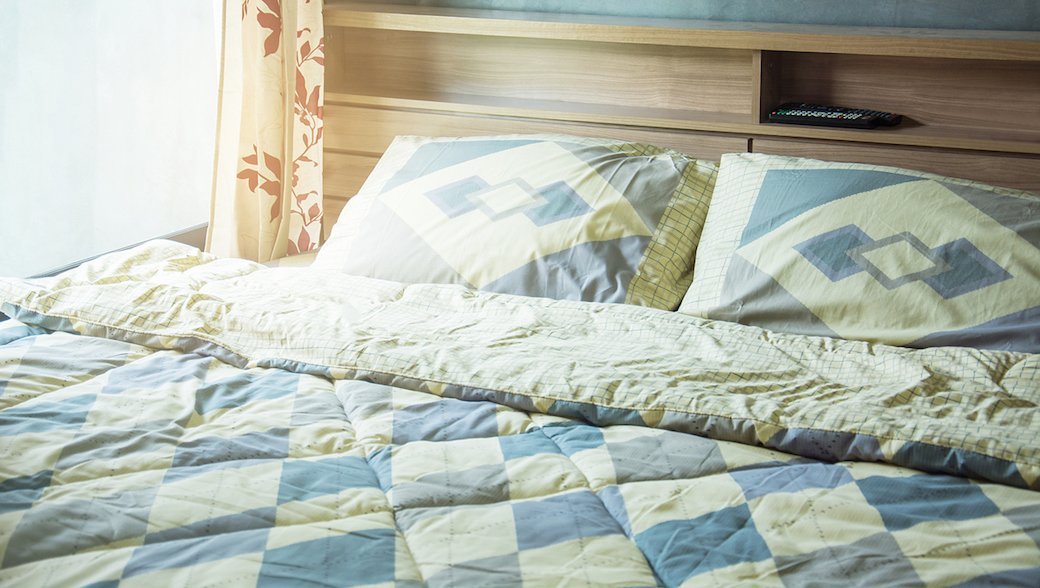 A duvet should fit snugly inside its cover. There shouldn’t be gaps or pockets, as these can prompt the duvet to bunch up. 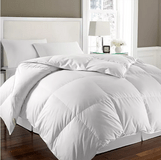 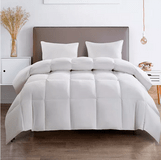