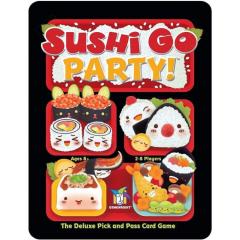 Turns are simple and quick, but there are many ways to approach this adorable game.

Learn to play in minutes. Cute sushi theme that most players will enjoy. Works well with both kids and adults. Plays well with two to eight players. Different sushi cards make every game unique.

The cards are flimsy and may show wear quickly. 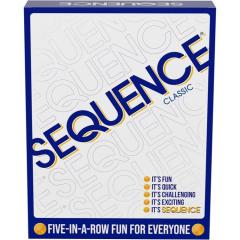 Anyone can jump into this classic card game of playing cards to make a row of five chips.

Enjoyable when players play on their own or in teams. Supports up to 12 players with little downtime. Children stand a good chance at beating adults.

The cards are a bit sticky and hard to shuffle. 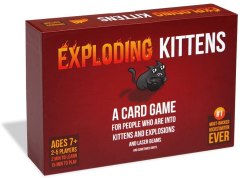 A unique and family-friendly game that is easy for both children and adults.

Entertaining for people of all ages and group sizes. Most said it was easy for them and their children to pick up quickly. Expansion sets are available to add to the game.

Some people found the instructions vague and confusing. A few felt the cards were too flimsy. 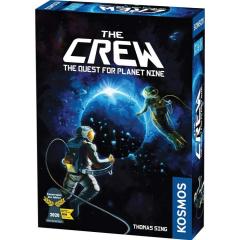 With 50 different scenarios, there's a lot of game in a little box.

Team-based game similar to classics like Spades and Hearts. Contains 50 missions with unique rules to keep players on their toes. Rounds are fast and setup is straightforward.

Young players may struggle to grasp the rules and strategy. 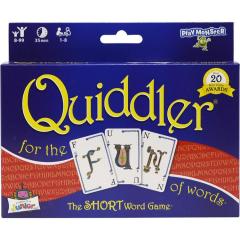 Form words to score points from your hand of letter cards in this classic word game.

A simple word game that doesn't require a vast vocabulary to play. Supports up to eight players and includes a solitaire mode. Good for players of different ages or skill levels.

Box is easily damaged and may wear down quickly.

The classic pastime of gathering around a table to play cards with friends or family is as big as ever with the influx of clever new games. Trick-taking games are part of a beloved category with many new entries, while shedding games and rummy games remain popular. Newer varieties include drafting games and tableau builders.

Choosing the right card game means first considering the number of players in your group as well as their ages and the types of games they enjoy most.

With so many new and old card games to choose from, there’s a lot to consider before buying one for your next game night. A good buying guide and some recommendations can help you decide. 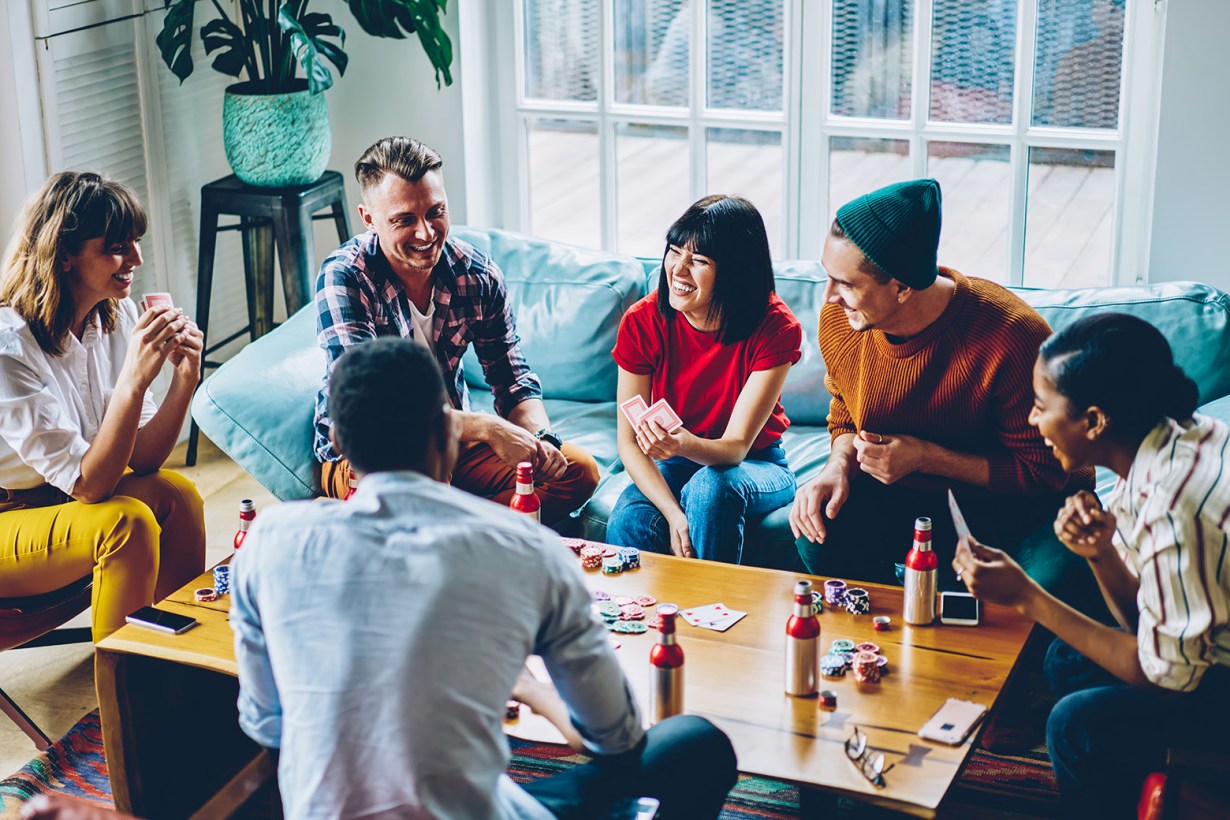 There are hundreds of games that can be played with a standard deck, making it one of the best entertainment values available.

How to buy the best card game

While there are countless games that can be played with a standard playing card deck, most of the card games you find in stores and online have specially designed cards to suit their unique rules.

You can find a card game for nearly any size gathering.

1: Solitaire games for one person are less common, but many recent releases have interesting themes and rewarding gameplay, such as surviving on a desert island.

2: These games are great for couples. They can be simple and mellow or competitive and cutthroat.

Up to 20: Some party games can accommodate up to 20 players, sometimes dividing them into teams.

Depending on your group and the type of game you’re looking for, you might want a simple or a complex card game.

It’s hard to tell precisely how complex a game is before playing it, but in many cases length is a good indicator of complexity. You can also find the rulebooks for many games online, and a quick glance will give you a good idea of how easy it will be to learn and play.

Most card games don’t have additional components, so they’re free of choking hazards. However, the games might be too difficult or require too much reading for young children. The recommended age range on the box can help you find a game your kids will enjoy, but don’t let that limit your choices. Many young children can handle more involved games when an adult is there to help them along.

Are you looking for something to fill 15 minutes here and there or a main event that takes a whole afternoon? The information on the box should indicate how long a typical game takes, but depending on the game’s difficulty, you can expect the first few games to take a bit longer.

Most card games take around 30 minutes, but some play in as short a time as 5 minutes or as long as 90 minutes.

Though many people prefer to deal cards one at a time to each player, you can also deal cards into piles, which is faster and equally randomized.

Features to look for in card games

There are many game categories to explore, some of which resemble classic card games while others are more innovative.

Shedding games: These are card games like Uno in which the goal is to be the first to play all the cards from your hand. Most of the time the rules are straightforward and the decision-making is simple, so these work well for kids or casual gatherings.

Rummy and set-collection games: These games have players racing to collect groups of cards of certain types, like matching suits or ascending values. Sometimes players have a fixed hand size and must draw and discard one card each turn, or they may pass hands around the table and keep one card from their hand per turn.

Tableau builders: This type includes many strategic and complex games, some of which can last for hours. In tableau builders, players collect and arrange cards in a “tableau” or picture on the table in front of them, earning points based on the location and placement of each card and sometimes gaining special abilities from cards.

Word games: From Scrabble spin-offs to strategy games, word games can be enjoyed by players of all ages and skill levels, and they don’t all rely on a vast lexicon.

Deck builders: A deck builder is a game in which each player has a personal deck that they add cards to and shuffle over the course of a game, improving the deck by adding powerful cards and removing weak ones. This loop is easy to get hooked on, and the inherent randomness means a novice can occasionally beat a more experienced player.

Cooperative games: Sometimes it’s nice to win or lose together. Cooperative card games have an objective shared by all players who either win or lose or use a scoring system to determine how well the group performed. These can be guessing games in which one player tries to communicate through limited means, or they can be strategic games that take careful planning and cooperative decision-making.

Party games and team games: Though these games can overlap with any of the above categories, they often have a distinct feel and can be designed to accommodate large groups. Some pit two teams of several players against each other, while others put players in partnerships that face off against other teams.

Some card games take up a large amount of space. The area required to play is often called the “footprint.”

You should try to gauge how big a game’s footprint is if you plan to play it on the go or in places with limited space like a plane or hotel room. Sometimes the back of the box has an image showing a game in progress.

Portability is another major travel factor. How small is the box? How many cards and other components are there? Sometimes you can make the game more portable by putting its components into a container smaller than the original box. There are a few card games that can’t be taken on the go with a bit of creativity. 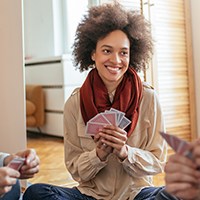 DID YOU KNOW?
Greasy or grimy cards can be revived by putting them in a bit of flour to absorb the grease.
STAFF
BestReviews

How much do card games cost?

Card games are among the most affordable modern tabletop games. They range in price based on the number and quality of components

Standard playing card decks and games with fewer than 200 cards cost $3 to $10. These come in all categories and styles, and they usually include a small box or tin that’s easy to take on the go.

Booster packs for collectible card games as well as games with a high number of cards or additional components like chips or counters cost $10 to $20.

The priciest card games cost $20 to $60 and often include 500 cards or more. These can be party games with vast and varied content to last for dozens of games, or they can be large collectible card game packs or complex strategy games.

Some cards have a linen finish, which is a pattern that mimics woven fabric. This allows cards to be shuffled easily and has a pleasant texture in your hand. 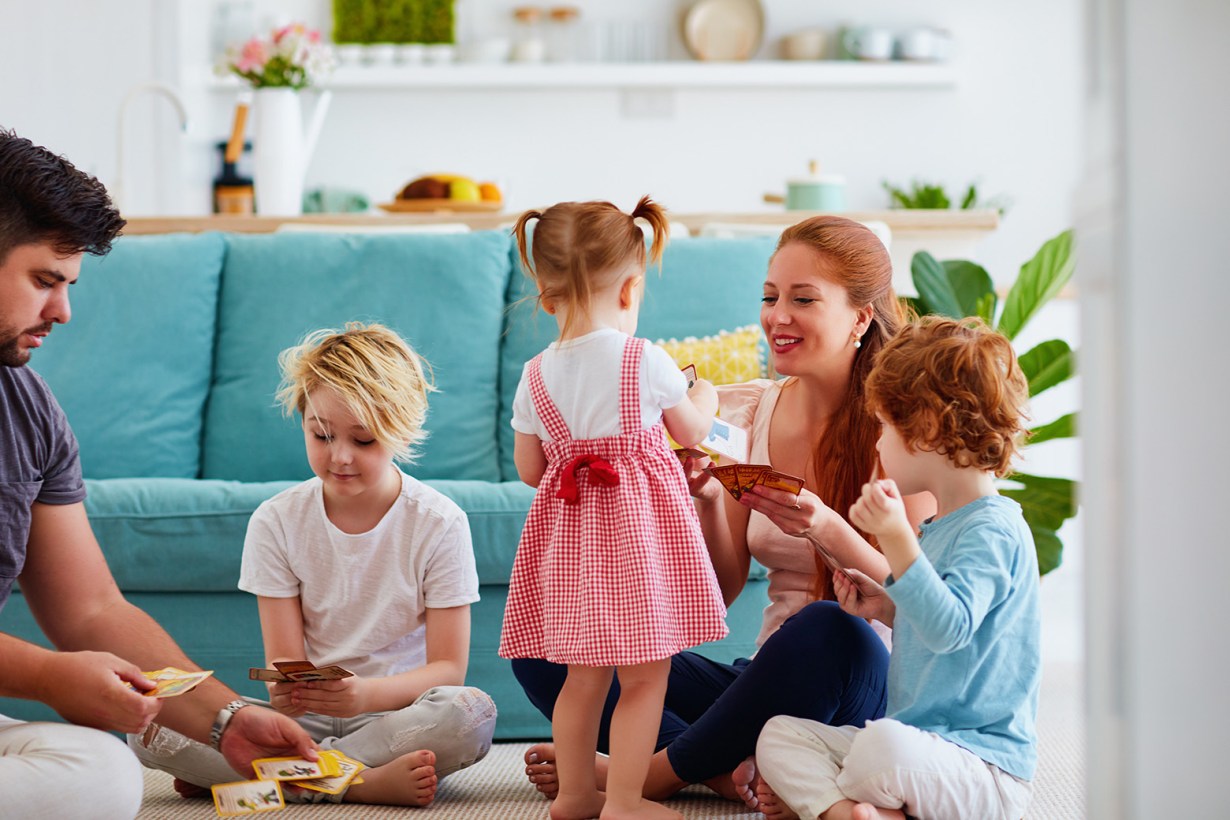 Many nontraditional decks are unique in design and feature beautiful illustrations. Some games use both sides of each card in gameplay, and others divide the faces of cards into quadrants with different effects.

Q. How important is it to protect cards with sleeves?

A. It’s entirely up to you. Most cards, even cheap ones, will last through hundreds of games of shuffling, bending, and slapping, though they will begin to show wear. If you’re playing a game that would be affected by recognizing a card by wear or markings, sleeves can mitigate this. If you’re playing a collectible card game, sleeves might be required for tournament play.

Q. What’s the difference between a board game and a card game?

A. You could define a board game as any game with a board and a card game as any game with cards, but that wouldn’t be very helpful. Board games typically have a central board or separate player boards, while card games have cards as the primary component. At the end of the day, it doesn’t matter much what you call them. Both are enjoyed on a tabletop surrounded by friends or family.

A. A riffle shuffle (the flashy one where you cut the deck and flip alternating cards from each half to form one stack) is the most reliable when performed several times. Mash shuffling (cutting the deck and guiding the corners of one half into the other) works similarly, as does spreading the cards around on the table. This last one looks goofy, but it randomizes the cards well and is easy for little kids to do. 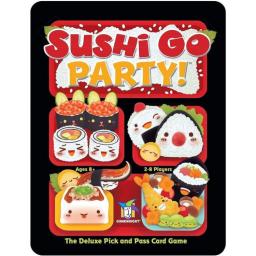 Best of the Best
Gamewright
Sushi Go Party!
Bottom Line
Turns are simple and quick, but there are many ways to approach this adorable game.
Shop Now 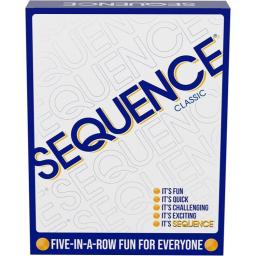 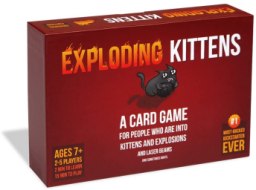 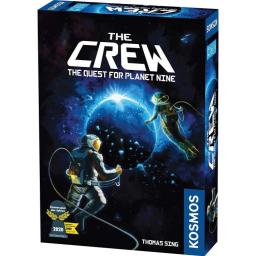 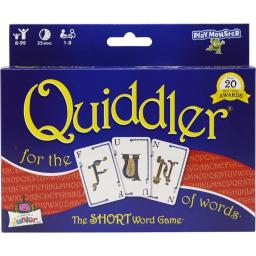