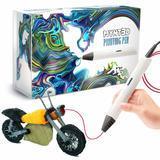 A professional-quality 3D pen with plenty of features to suit all types of users, including young ones.

The MYNT3D pen's speed can be changed at the touch of a button and users can also precisely adjust the temperature at which the pen heats up. A display on the side of the pen gives you a quick view of the chosen settings. The pen comes with starter filament and is backed by a 1-year limited warranty.

Slow to heat up and power cord is a bit short. 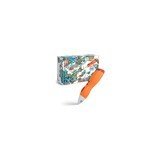 The simplicity, long-lasting battery, and perfectly safe design of the Junior make it the perfect way to introduce 3D printing to young creators.

An affordable ergonomic 3D pen made especially for children.

The design ensures that even young users cannot burn themselves on the pen tip. The set comes with eco-plastic strands to get started right out of the box. The pen can be used wirelessly and while it's charging. The pen is also easy to manipulate and figure out even for younger children. 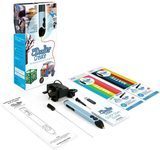 This 3D printing pen not only looks nice, it provides its holder with precise control over their craft, so the only thing holding doodlers back is their imagination.

An excellent 3D printing pen, but it’s also a pricy one.

A fun combination of robot making and bug printing, this STEM toy is a treat from the moment you begin designing an insect to the moment the leggy bot jumps to life.

Includes a wide array of filaments, an advanced 3D printing pen, and a little motor for creating personalized robots. No heated parts on exterior of pen. STEM toy.

The relative complexity of these projects makes this set best for older kids.

Arts and crafts projects can be the perfect activity to bring the whole family together. If your kids enjoy drawing and building models, a 3D pen is the ideal way to combine the two activities. Not only does it allow them to use their imagination to create anything they like but it also leaves them with a three-dimensional item to enjoy.

These pens are similar in design to glue guns, but instead of glue sticks, 3D pens melt plastic filament. The melted filament is pushed out the nozzle and the user is able to direct exactly where it goes. In addition to making art projects, you can also use the pen to create jewelry, make custom items like coasters and bookends, and fix household items like a broken pair of scissors. While children can have a lot of fun with a 3D pen, adults may find quite a few uses for one, too.

But you’ll only have success with your projects if you choose the right 3D pen. With so many models on the market, sorting through your choices can be pretty overwhelming. That’s where our handy shopping guide comes in. It has all the information you need to find the best 3D pen for your projects. If you’re ready to buy a 3D pen, check out our top recommendations. 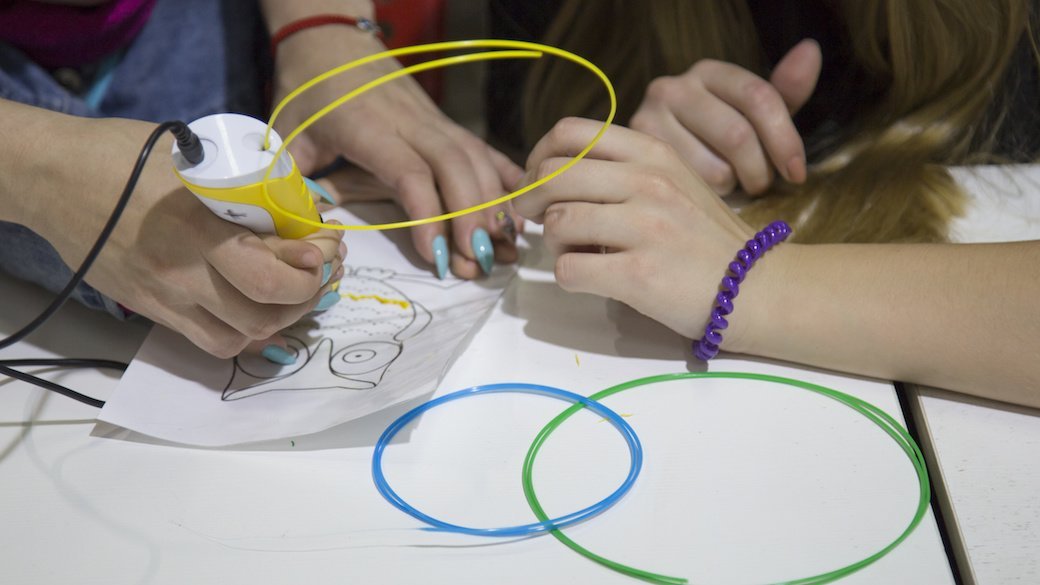 Filament for 3D pens is available in a wide range of colors, so you’ll have no problem finding the perfect shade for every project.

3D pens melt plastic filament to create three-dimensional designs. The most widely used types of filament are acrylonitrile butadiene styrene (ABS) and polylactic acid (PLA). Most 3D pens can accept both types of filament. However, there are some models that can’t heat up high enough to melt ABS. If you want to switch back and forth between the two, make sure that the 3D pen you’re considering can use both types. 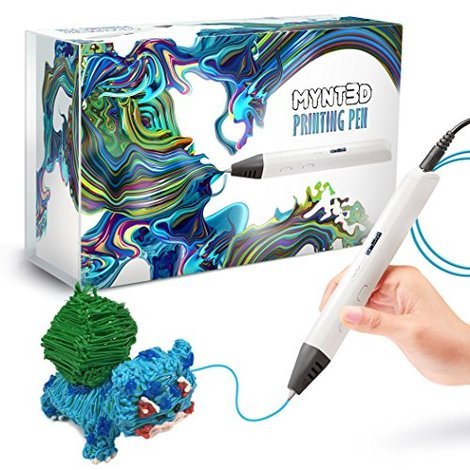 High-quality pen for all ages

The MYNT3D pen is everything you’d want in a professional-grade 3D tool – it gives you precise control over the temperature, allowing you to adjust it in one-degree increments, as well as control over the speed at which the filament runs through the pen. The easy-to-read OLED display also lets you know the exact temperature of the filament, so you always know how your project will turn out. We also love that the pen is USB powered so you can use it with a battery outdoors or while you’re traveling.

Speed: You’ll have much more control over a 3D pen if you’re able to vary the speed that the filament emerges from the nozzle. For filling in large areas, you’ll want a faster speed so you can work more quickly. When you’re working on detailed portions of a project, a slower speed works better. Opt for a 3D pen that provides at least three speeds for the most control. It also helps to select a model that allows you to easily adjust the speed with a dial or button.

Cooling time: These pens aren’t designed to be used for extended periods of time and can overheat easily. To make sure you can finish your projects in a timely manner, opt for a pen that cools off quickly, so you don’t have to wait too long before you can use it again.

Auto shutoff: If you’re buying a 3D pen for children, safety is a priority. A 3D pen can get hot, so leaving it on can potentially mean burned fingers. Choose a model that turns off automatically after a certain amount of time, so you don’t have to worry about the kids forgetting to turn off the pen.

Removable nozzle: The nozzle on a 3D pen can sometimes get clogged with melted filament, which prevents the pen from working properly. Many pens don’t allow you to remove the nozzle, so you’re unable to clear out the clog and use the pen again. However, some models have removable nozzles, which allow you to clean it or replace it entirely. It’s a key feature if you want your 3D pen to last as long as possible.

Accessories: Depending on the 3D pen you choose, you might also receive accessories that make the pen easier to use. Many come with a few colors of filament, so the pen is ready to use right out of the box. Others include finger protectors or a metal spatula to help keep your skin from coming in contact with the pen’s hot nozzle.

Move your 3D pen slowly when you’re creating lines. Working at a slower pace creates thicker lines that are less likely to break.

Use multiple layers of filament to add strength to an item you create with a 3D pen. If a piece breaks off a project, you can use the pen to reattach it with a bit of warm filament.

If you don’t have a silicone crafting mat to work on, use your 3D pen on a piece of waxed paper. The filament won’t stick to the waxed surface as it cools.

Most 3D pens range in price from $18 to $150, based on how much adjustability they offer in terms of temperature and speed, as well as what accessories they come with.

The most affordable 3D pens are fairly basic models that offer just one speed and general temperature settings based on filament type. These cost between $18 and $40 and are a good option for children or adults who are trying a 3D pen for the first time.

Pens that offer adjustable temperature settings and include accessories like several colors of filament or silicone fingertip guards are slightly more expensive, ranging from $40 to $75. These models may only have a single speed, but some offer multiple speed settings for more control.

The most expensive 3D pens have adjustable temperature settings, adjustable speed settings, and multiple accessories and are ideal for adults who are experienced at using the pen. These pens usually cost between $75 and $150. 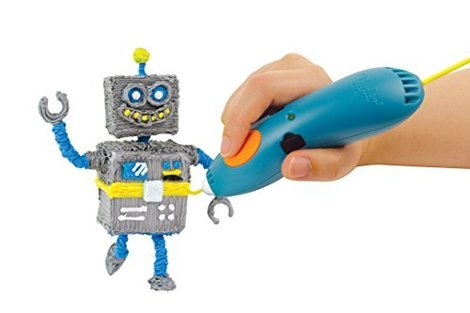 Affordable and perfect for kids

The 3Doodler set is an ideal starter 3D pen for children, and its budget-friendly price tag means you won’t break the bank. The pen is designed so no exterior parts become hot enough to burn, so you don’t have to worry about your kids touching the nozzle or pen body. The plastic filament cools quickly, too, which means the pen only needs one speed and temperature to produce masterpieces. We’re also fans of the included activity guide and 48 strands of filament in various colors so kids can start creating immediately.

There is a wide range of 3D pens on the market that are ideal for both beginners and experienced users. If you’re looking for a pen for a child who’s just starting out with the hobby, the Merlion 3D Printing Pen is the perfect choice because it works with both types of filament and features a slim design that’s easy for children to grip. The pen also comes with a dozen different colors of filament so your child can start using it right away. For experienced 3D pen users, we love the Techboss 3D Pen, which offers eight different speed settings for precise control and adjustable temperature controls that can accommodate both PLA and ABS filament. It also includes finger protectors and two colors of filament. 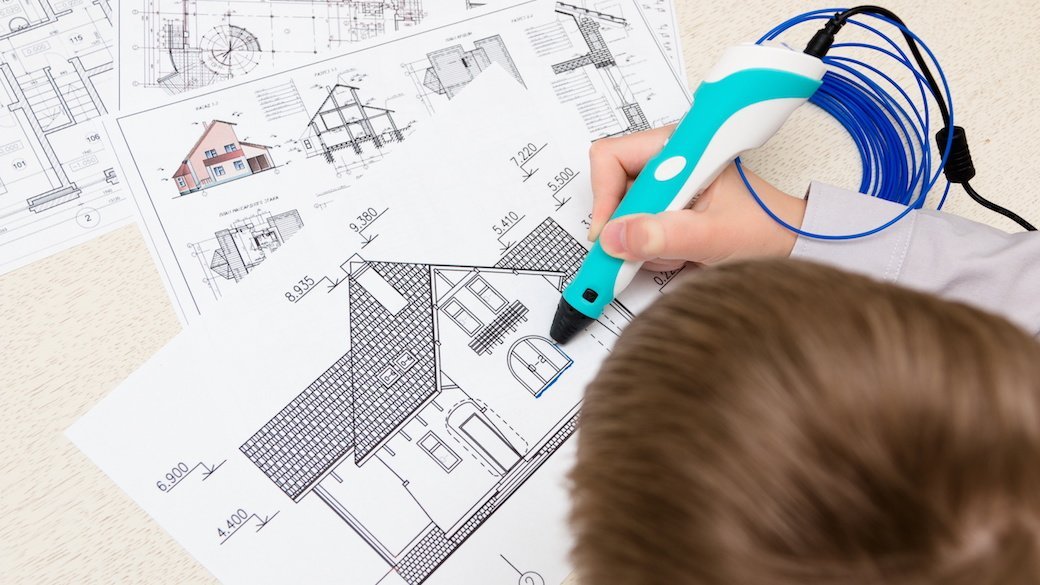 Some 3D pens must be used with the company’s proprietary filament, which can make replacing the filament more expensive.

A. They are usually safe for children who are eight or older. However, it’s important to remember that the pen gets hot, so you should always supervise kids while they’re working with it. It’s also a good idea to use PLA filament with children because it requires a lower temperature to melt and doesn’t produce irritating fumes.

A. Most models will last at least a year. Cheaper pens tend to have the shortest lifespan, but higher-end models can last two years or more.

Q. Do 3D pens come with a warranty?

A. Many 3D pens do offer a warranty, but it usually only provides one year of coverage. The warranty is typically limited to manufacturing- and material-related issues, so you won’t be covered if you misuse the pen or it’s damaged in an accident.

A professional-quality 3D pen with plenty of features to suit all types of users, including young ones. 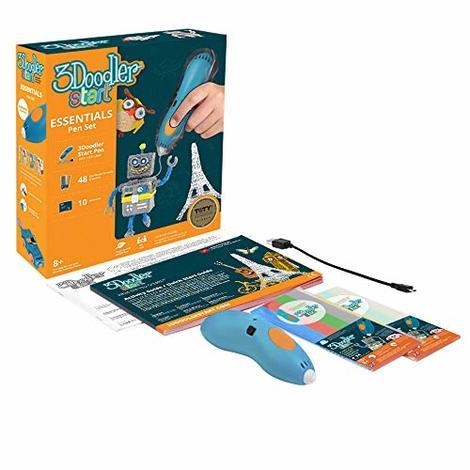 An affordable ergonomic 3D pen made especially for children. 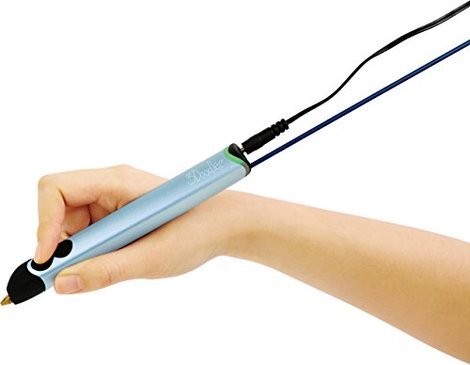 This 3D printing pen not only looks nice, it provides its holder with precise control over their craft, so the only thing holding doodlers back is their imagination. 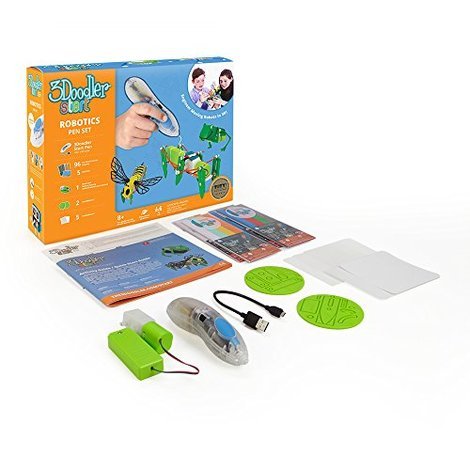 A fun combination of robot making and bug printing, this STEM toy is a treat from the moment you begin designing an insect to the moment the leggy bot jumps to life. 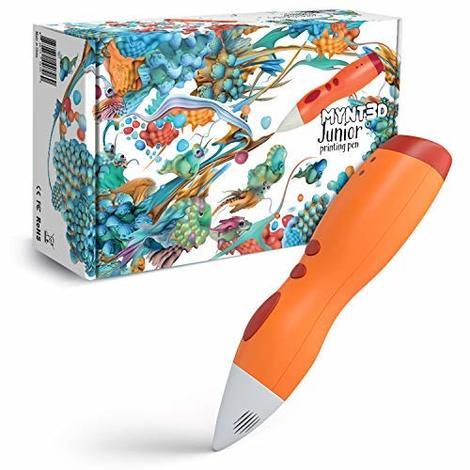 The simplicity, long-lasting battery, and perfectly safe design of the Junior make it the perfect way to introduce 3D printing to young creators.