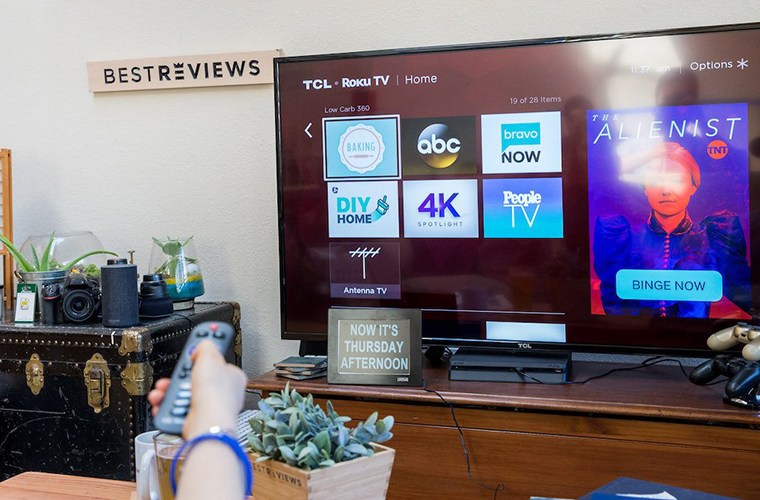 How to watch the top films of the Oscars

The culmination of an extended and delayed award season is in sight, with the 93rd Oscars taking place on April 25 to honor the best in film from the past year. There’s no shortage of surprises, snubs and speculation ahead of the event, and there’s plenty of films worth checking out.

Whether you want to be informed, entertained or simply get an edge in your Oscars pool, we’ve rounded up the most notable nominees and where to watch them so you’re ready for the big night.

What it’s about: The Academy sure loves nominating films about Hollywood. Mank, about the creation of the film Citizen Kane by screenwriter Herman Mankiewicz, earned a total of 10 nominations and has been lauded for its visual style, writing and strong acting.

Where to watch: Mank is a Netflix original.

What it’s about: This meditative, intimate story follows a woman who, after losing her husband and job, decides to uproot her life and travel the American west. Nomadland won the Golden Globe for Best Picture and Best Director earlier this year.

What it’s about: The American immigrant experience is on display in this story about a Korean family settling in Arkansas in the 1980s. This portrait of a family follows their financial struggles and dreams, sense of belonging and what it means to have a home.

Where to watch: Rent on Amazon Prime Video.

What it’s about: This lively, biting story about an elderly man suffering from dementia is both engaging and uncomfortable. It’s driven by two powerhouse performances by Anthony Hopkins and Olivia Coleman.

Where to watch: The Father is on Premium Video On Demand starting March 26.

What it’s about: This film follows Fred Hampton, a radical leader of the Black Panthers, and his friend and betrayer Bill O’Neal. It’s a riveting story about race, politics, friendship and community that is simultaneously heartbreaking and enraging, especially since we know how the story ends.

Where to watch: Enjoy on HBO Max or PVOD.

What it’s about: This stylish film allows for a darkly comic coating over a terrible scourge in society. Motivated by past trauma, Cassandra seeks out awful men in her spare time to teach them about consent and respect in violent and thrilling ways.

Where to watch: Available on PVOD.

What it’s about: This curious film tells the story of a rock band drummer who begins to lose his hearing and has to face questions about his future. He undergoes a quest full of hope and salvation after his life is thrown into chaos.

What it’s about: A courtroom drama based on events in the 1960s, this story features Aaron Sorkin’s signature fast-paced, slick dialogue with plenty of overt references to modern-day politics. It’s aspirational, highly dramatic, and — like most Sorkin works — a little bit cute.

Where to watch: This is a Netflix exclusive.

What it’s about: A beautifully-adapted stage play, this tale follows four black musicians backing up famed singer Ma Rainey across one afternoon at a recording studio in 1920s Chicago. It’s an at times funny and often intense drama about race, money and fame. It’s also Chadwick Boseman’s final film role; he posthumously won the Golden Globe for Best Actor.

What it’s about: This compelling story tells a fictionalized account of the meeting of four Black icons of the 1960s: Cassius Clay, Jim Brown, Sam Cooke and Malcolm X. The conversations they share across an evening deal with their approach to civil rights, religion and how to best serve the Black community.

The United States vs. Billie Holiday

What it’s about: A film about the FBI investigating a prominent Black figure: jazz singer Billie Holiday, who became the target of a sting operation with the intention of infusing race into the war on drugs. While the film has received mixed reviews, Andra Day’s stellar performance already earned her a Golden Globe.

What it’s about: And now for something different: This story follows four high school teachers who love to drink. So much so in fact, they hatch a plan to drink regularly in order to maintain a buzz. It’s wild, beautiful and a bit of a gut-check, backed by a wondrous performance by Mads Mickelsen.

Where to watch: Currently available on PVOD.

Pieces of a Woman

What it’s about: A lengthy, intimate scene of a home childbirth gives way to a film about the tragic aftermath and the division that occurs between a husband and wife.

What it’s about: The surprising sequel to the iconic film “Borat,” this story enlists rising star Maria Bakalova as Borat’s teenage daughter as they navigate an America that’s politically and racially charged amidst a pandemic.

Where to watch: Stream exclusively on Amazon Prime Video.

What it’s about: This widely panned film follows a Yale law student returning home to his rural Ohio family. In addition to this Oscar nod, Glenn Close was nominated for a Golden Globe as well as a Razzie for Worst Supporting Actress.

Where to watch: This is a Netflix Original.

Other Noteworthy Films to Watch

Over the Moon: Netflix

Thomas Vinterberg, Another Round

Best Actress in a Leading Role

Vanessa Kirby, Pieces of a Woman

Best Actor in a Leading Role

Best Actress in a Supporting Role

Best Actor in a Supporting Role

Sacha Baron Cohen, The Trial of the Chicago 7

A Shaun the Sheep Movie: Farmageddon

If Anything Happens I Love You

The Man Who Sold His Skin

A Concerto Is a Conversation

A Love Song for Latasha

"Fight For You," Judas and the Black Messiah

"Hear My Voice," The Trial of the Chicago 7

"Speak Now," One Night in Miami

The One and Only Ivan

A look inside the Grammy gift bag
by Allen Foster

5 party foods inspired by past Grammy nominees
by Cody Stewart