Gift Guides
Spend more time enjoying the holidays knowing that BestReviews has already found the best gifts to give this season. 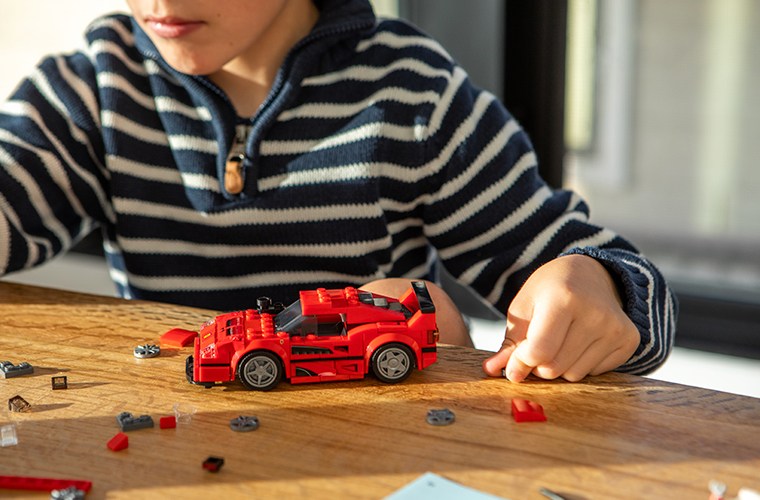 LEGOs are truly a gift that is suitable for all ages. You start as a toddler playing with DUPLO bricks that are large, colorful, rounded, and safe. As you get a little older, the pieces get smaller and the sets get larger, so you need to have a little more fine motor control to build with them. Even adults love LEGOs because building models can help reduce stress, and the kits come in grown-up themes, so you can proudly display them on the shelf, coffee table, or mantel.

A quick search will reveal that there are almost 20,000 LEGO sets listed in popular online databases — not to mention all the video games. This can make it quite challenging to zero in on the best LEGO gift. To help you out, here’s a comprehensive list of the most popular LEGO sets for adults, LEGO sets for kids, and LEGO video games.

This is the largest LEGO Millennium Falcon model to date. It has 7,541 pieces and comes with Han Solo, Chewbacca, Princess Leia, and C-3PO as well as older Han Solo, Rey, and Finn. The detailed exterior features a lowering boarding ramp, a concealed blaster cannon, and much more, while the interior has multiple compartments. When finished, the model is 33 inches long and 22 inches wide.

The power of Thanos can be yours. This display model is a golden brick recreation of the now iconic Infinity Gauntlet. The 590-piece model comes with Infinity Stones, a sturdy stand, and a plaque. If you have an adult Marvel fan on your shopping list, this will be a highly appreciated gift.

Of all the Batman gadgets, vehicles, and aircraft there have been, the 1989 Batwing stands out for its memorable design. This 2,363-piece model is for the adult Dark Knight fan. It comes with a sturdy base, Batman, The Joker, and a Boombox goon. When finished, this LEGO model is 20 inches long and 22 inches wide.

This special model should be reserved for the true automotive enthusiast. It is a faithful, scaled-down LEGO version of the Lamborghini Sian FKP 37. The model not only looks great, but it also has moving pistons, rear suspension, and working steering. Additionally, it has a movable rear spoiler and doors and hoods that open.

Who are these (tiny) people? Fans of the iconic Seinfeld series will love this LEGO set. It is the main location from the show — Jerry’s apartment — complete with a kitchen, living room, office area, and more. Since Jerry, George, Kramer, Elaine, and Newman figures are all included with the set, this highly detailed model can be a way for grown-ups to act out their favorite episodes.

There are over 6,000 pieces in this massive castle model. It is 22 inches tall, 27 inches long, and 16 inches wide. The set includes all of your favorite Harry Potter characters and locations, such as the Chamber of Secrets, Hagrid’s hut, the Great Hall, and more. It is a beautiful, highly detailed model that is perfect for adult fans of the series.

Old-school gamers will love this nostalgic LEGO model. It is an authentic-looking Nintendo Entertainment System from the ’80s with a retro TV displaying the original Super Mario Bros. game. This 2,646-piece model has an opening door to insert the cartridge, a scrolling screen to simulate gameplay, and more.

Even more than Batman, James Bond was known for gadgets. The Aston Martin DB5 was full of special features that helped get 007 out of many tight spots. This LEGO model is no different. It features a raisable bullet shield, a rotating license plate, and even a working ejection seat, making it a great gift for fans of the popular franchise.

LEGO Ideas Ship in a Bottle

There’s nothing that displays your crafting skills better than the classic ship-in-a-bottle model. This LEGO offering is perfect for the traditionalist who enjoys nautical themes. The 962-piece ship has cannons, a mast, a crow’s nest, sails, captain’s quarters, and more. It even comes with a brick-built cork and wax seal for authenticity.

Relieve some stress and create a masterpiece at the same time. The LEGO canvas art set is for fans of The Beatles. Brick by brick, you slowly add points of color until you complete a portrait of John, Paul, George, or Ringo. This 2,933-piece set is designed for adults and can be hung proudly on a wall once completed.

Other top LEGO sets for adults

A must for any Star Wars fans, this charming and exciting game was highly anticipated for years before its recent release. Covering all nine films in the Skywalker Saga, this expansive adventure features countless playable characters from across the generations and plenty of vehicles to enjoy as well as colorful planets to visit.

Superheroes and villains from DC Comics come together in this popular adventure game that appeals to both casual and serious fans. With typical LEGO humor that offers straightforward jokes for young ones and more subtle gags for adults, this open-world game is engaging right from the start while offering high replay value.

Just three years old, LEGO Brawls is still one of the most popular LEGO games for its variety and personalization options. In an original story, players create their own character from a range of components, putting them in a battle against another minifigs. Gamers can play on their own, battle friends, or join a community to take on people around the world

Though an older title, this LEGO series remains highly popular as fans have enjoyed not just physical builds, but a long-running TV series as well. This varied game offers both solo adventures and co-op battles as players assume the role of their favorite ninja, battling evil forces that threaten their home.

Inspired by LEGO’s popular film sequel, this adventure follows Wyldstyle and Emmet as they protect their special homeland alongside a wide array of colorful characters. The hilarious narrative finds players visiting fun new worlds while challenging them to the most basic of LEGO tasks: building.

This inventive LEGO game blends the spy thriller genre with endless jokes and gags in a satisfying, open-world adventure. Unlike many other LEGO titles, this is a completely original narrative, as you play as an undercover police officer seeking to rid the city of crime. Still, there are plenty of pop culture references, characters to unlock, and secrets to find.

The comprehensive edition of this popular Star Wars title includes a Finn minifig as well as season-pass access for dedicated fans. A handful of exciting character and level packs are incorporated into this serious tale about the forces of good and evil that gets the lighthearted LEGO treatment.

Another expansive world offered in the LEGO style, this game invites players to visit Isla Nublar and the exciting dinosaurs that inhabit it. The title revisits moments from not just Jurassic World, but the previous three Jurassic Park films as well. It features 20 playable dinosaurs, including the triceratops and T. rex.

Venture to a slew of exciting locations in Middle-Earth as you partake in an adventure filled with orcs, dwarves, wizards, and one terrifying dragon. Based on the film The Hobbit, this game features fun side quests, including forging at the Blacksmith Shop, going on Treasure Hunts, and testing your wit in a game of riddles.

Doctor Strange, Spider-Gwen, and Hulk are among the many Marvel characters in this large-scale superhero story. Players can choose from a variety of heroes as well as some villains, including Green Goblin and Carnage, to battle against the fearsome Kang in this game that welcomes new fans and seasoned comic book readers alike.

If you're looking to buy a child some classic LEGO bricks for them to use however their imagination dictates, this set is ideal. It contains a range of 213 multicolor bricks kids can use to make almost anything. The included suitcase helps keep bricks organized.

Kids who are into tech will love this robot-building LEGO set. Once the robot is built, kids can code it via the free app to make it move in various ways. With 847 pieces, it's a moderately challenging build, suited to kids ages 7 to 12.

This fun Super Mario level pits the tenacious plumber against three iconic foes: Lakitu, a Fuzzy, and a Bullet Bill. Although it's designed as an expansion to the LEGO Super Mario Universe set, it's fun to build and play in its own right.

Not only does this set contain everything kids need to build a Jeep and a helicopter, but it also includes a large Carnotaurus figure and a trio of minifigures: Kenji, Sammy, and Owen Grady. Jurassic World fans ages 7 and up will love this set.

Are you buying for a child who loves Minecraft about as much as they love LEGO? This playset contains bricks to build a house, trading post and crops. It's up to the villagers to protect their homes from pillagers.

Any child who loves Star Wars will be stoked to receive this LEGO version of Luke Skywalker's X-wing fighter. In addition to all the bricks needed to create the craft, it contains Luke, Leia, and General Dodonna minifigures.

This 200-piece LEGO City set ice cream truck is a relatively straightforward build suitable for kids of five and over. It comes with ice cream seller and skateboarder minifigures, plus a cute minifigure dog.

Suitable for kids of eight and over, this 422-piece Batmobile is moderately challenging to build and looks incredible once it's completed, ready to play with, or display. Also included are Batman and the Scarecrow minifigures, each with their own weapons.

Not only is this set fun to build, but it's a hoot to play with once it's done, particularly for kids who love Ninjago. It features an interactive temple for kids to practice their Ninja skills using the seven minifigures included.

Other top LEGO sets for kids

Share this post:
We send great emails.
Learn about the products you’re wondering if you should buy and get advice on using your latest purchases.
Latest Posts 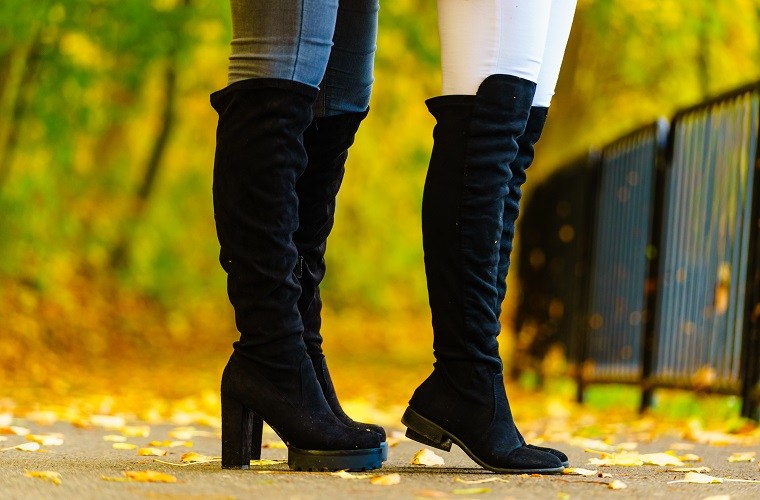 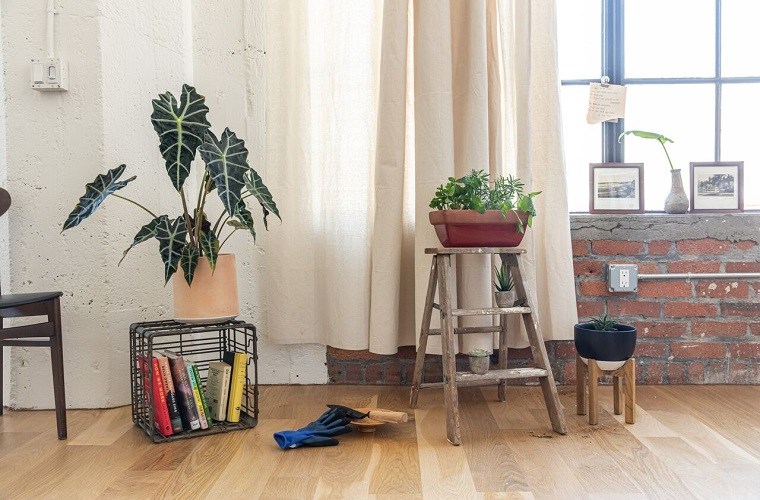 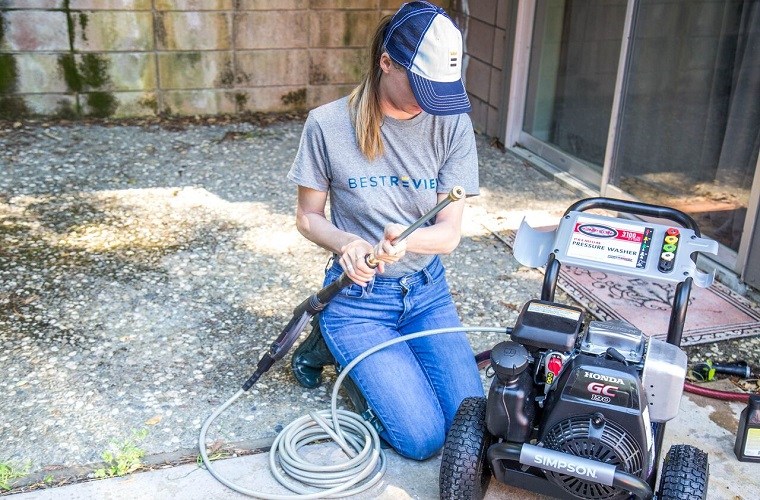