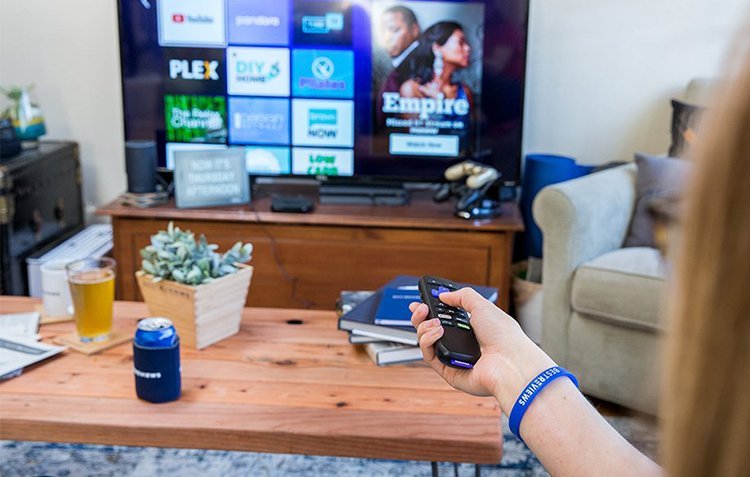 A cord-cutter's guide to streaming in 2021

In November 2019, the streaming service world was shaken up with the emergence of Disney+, a relatively inexpensive platform offering some of film and TV’s most beloved franchises and stories.

The realm of streaming then saw bigger changes in 2020: Disney and Apple raised their profiles, while Netflix and Prime each continued to produce a wide range of content, including a handful of awards contenders. HBO Max came online too, and the rules by which studios operated were changed, with many major titles skipping theatres, going straight to home audiences. Changes are expected in 2021, along with a lot of new and exciting content. We’ve put together what’s new and noteworthy concerning the top six streaming services: get ready for a lot of entertainment.

The basics: A home for Pixar, Marvel, LucasFilm, Disney Animation, and National Geographic, in addition to a variety of other popular properties, Disney+ has exceeded expectations in just over one year. It has been buoyed in part by the critical and public acclaim of “The Mandalorian,” but its vast catalog of beloved content, which includes “The Simpsons” and nostalgic animated musicals, makes it a staple for a lot of families.

Noteworthy in 2020: In an unprecedented move, Disney put its blockbuster, live-action remake of “Mulan” on the service as premium content, asking subscribers to shell out an additional $30 to enjoy the film that was supposed to be released in theatres in March. Apparently plenty did, and the move seems to have been a success, though how it will influence later releases is still to be determined. A few other titles were pulled from the theatrical schedule and put straight to Disney+ or got an early launch on home video, such as Pixar’s “Soul” and the stage recording of “Hamilton.”

Looking ahead: Disney unveiled a slew of content coming in 2021 and beyond. There are 10 new Star Wars properties on their way, including two newly announced spin-offs of “The Mandalorian” along with a series focused on Lando Calrissian. These join other series previously confirmed shows including one featuring Obi-Wan Kenobi and another about Cassian Andor.

10 Marvel shows are also in the pipeline. The much-anticipated “WandaVision” bows in January and will be the first MCU offering since “Spider-Man: Far From Home” put a cap on the 10-year Infinity Saga in the summer of 2019. “The Falcon and the Winter Soldier” and “Loki” also come in 2021, joining “She-Hulk,” “Moon Knight,” and three newly announced shows: “Armor Wars” featuring War Machine, “Secret Invasion” about Nick Fury, and “Ironheart” starring Dominique Thorne.

That’s not all! Concerning Disney animation, the service is getting series featuring adored characters including Moana, Baymax, and Tiana, as well as a “Zootopia” show. With regards to live-action, “Hocus Pocus 2,” a “Three Men and a Baby” remake, and reimagining of “Swiss Family Robinson” are in the works as well. And there is still much more.

Cost: $14.99/month, though a variety of promos and discounts have been offered throughout the year.

Noteworthy in 2020: The vast, impressive collection of HBO original content is what has drawn viewers in, which is not to be confused with original HBO Max content that has been somewhat lackluster so far. The coming-of-age drama “Charm City Kings,” “Roald Dahl’s The Witches” starring Anne Hathaway, and the Seth Rogen film “American Pickle” all earned average marks. Similarly, the series “Raised by Wolves” and “Let Them All Talk,” despite high-profile names, were rather lacklusterly received, though “The Flight Attendant” starring Kelly Cuoco has found a dedicated audience.

Looking ahead: Warner Bros. announced in late 2020 that its entire slate of 2021 theatrical releases, which includes massive blockbusters such as “Godzilla vs. Kong,” “Dune,” “The Suicide Squad,” “Space Jam: A New Legacy,” and “The Matrix 4” would drop on the service simultaneously with its theatrical release. This shocking news was expected to be volatile and controversial, with few partners knowing about the decision more than an hour or two ahead of the press release. As such, there has been some pushback from directors and concern among theatres. This is a situation worth keeping an eye on as the entertainment industry continues to adapt and evolve.

Concerning original content, a “Gossip Girl” reboot/sequel is coming, along with the crime drama “Tokyo Vice” and a slew of superhero content, including the much anticipated “Zack Snyder’s Justice League.”

The basics: In 2019, Disney bought 20th Century Fox, and as a result, their streaming service Hulu. For the most part, Disney hasn’t done too much to change the service, with original content as well as next-day streaming options of network shows. The service stands out for the potential of enjoying live TV as well for a premium cost.

Noteworthy in 2020: Hulu had a variety of popular shows and films catering to a wide demographic in 2020. Sarah Paulson starred in the thriller “Run,” while “The Hardy Boys” featured some young adult action and intrigue. “The Animaniacs” returned, and the Groundhog Day-esque comedy “Palm Springs” made its much anticipated streaming premiere. Capping off the year was “Happiest Season,” a sweet and funny Christmas film about a lesbian couple coming home for the holidays starring Kristen Stewart and Mackenzie Davis that was well received by critics and audiences alike.

Looking ahead: Part of the big Disney announcements involved a fair amount of content for Hulu, including a multi-year deal with the Kardashian-Jenners, a comedy series starring Steve Martin, Selena Gomez, and Martin Short, and “The Dropout,” a drama about Elizabeth Holmes starring Kate McKinnon. “The Handmaid’s Tale” was renewed for a fifth season, and Hulu users can expect four more seasons of “It’s Always Sunny in Philadelphia,” too. As is the case with both Disney+ and HBO Max, there is always a chance some properties skip theatres for a streaming service premiere.

The basics: The fledgling streaming service from Apple bowed on Nov. 1, 2019, with a handful of original shows including the prestige drama “The Morning Show” starring Jennifer Aniston, Reese Witherspoon, and Steve Carrell. The service’s expansion has been slow and methodical, with a variety of scripted content as well as documentaries and specials. Apple TV+ generally seems to also want to focus on family-friendly content or dramas and comedies that shy away from excessive nudity, violence, and language.

Noteworthy in 2020: The service bought the Tom Hank WWII submarine drama “Greyhound” that was initially headed to theatres in the summer. The Bill Murray and Rashida Jones comedy “On the Rocks” was highly promoted, while the charming comedy “Ted Lasso” starring Jason Sudekis quickly grabbed hold of viewers and was soon renewed for two more seasons.

Looking ahead: Second seasons of the period comedy “Dickinson,” the drama “For All Mankind,”  and thriller “Servant” are coming in early 2021. The service has a current events show featuring Jon Stewart as well as more content starring Oprah Winfrey coming as well.  Look out for the sci-fi epic “Foundation,” in addition to works starring high-profile names such as Idris Elba, Scarlet Johannsen, Elizabeth Moss, and Jake Gyllenhall, as well as projects led by the Russo Brothers, Martin Scorcese, and Antoine Fuqua.

The basics: Like Apple TV+, Amazon Prime is interconnected with a variety of other services the company offers, such as shopping and delivery perks, and gaming and audio subscriptions. Unlike Apple TV+ though, Amazon Prime has more original and acquired content including some critically acclimated films and shows.

Cost: $8.99/month for the standalone video service. $12.99/month or $119/year with Prime benefits. Prime also serves as a hub for new releases you can rent or purchase and features additional channel subscriptions you can bundle.

Noteworthy in 2020: Season 2 of the dystopian superhero fare “The Boys” propelled the series to massive popularity, gaining a lot of new viewers and public attention for its dark, timely topics. Dramas “The Hunters” and “Alex Rider” were renewed for second seasons, but other series, like “Utopia” and “The Wilds” received mixed reception, with the former canceled and the latter’s status up in the air.

Looking Ahead: Undoubtedly the biggest production coming in 2021 is “The Lord of the Rings,” a massive show with a huge budget that will bring audiences back to Middle Earth; the series, over a year out from debuting, already earned a second season. Prime also announced a show based on the film “A League of Their Own,” and another inspired by the popular, post-apocalyptic video games series “Fallout.”

The basics: The leading, massively popular streaming service against which all others seem to be compared, Netflix continues to release global content for audiences of all ages and interests, making both originals and acquiring shows and films from around the world. Amid all the content they put out, a few titles each year find both massive critical and public acclaim, with films and shows regularly making the awards circuit.

Cost: Standard plan is $14/month, with the premium 4K option at $18/month. The plans saw a $1 and $2 increase respectively this past fall.

Noteworthy: A pair of shows stood out in the past year, with seemingly everyone watching and talking about “Tiger King” and “The Queen’s Gambit.” The documentary following Joe Exotic and a colorful collection of characters was bewildering, humorous, and often uncomfortable. Meanwhile, the beautiful and haunting drama starring Ana Taylor-Joy spurred an interest in chess while expertly telling a compelling period story. Netflix should also get some credit for pushing along the popularity of “Schitt’s Creek,” the sweet and hysterical Canadian comedy that spread through the U.S. once Netflix picked up the rights and swept the Emmys. Netflix is also hoping that prestige dramas “Mank” and “I’m Thinking of Ending Things” will get Oscars attention as well.

Looking ahead: Netflix has plenty to offer in 2021, with some highly anticipated shows and films piquing our curiosity. Look out for “Concrete Cowboy” starring Idris Elba, “Bruised” starring Halle Berry, and the live-action musical “Tick, Tick…Boom!” helmed by Lin Manuel Miranda. One major film coming is “America: The Motion Picture,” an R-rated animated film featuring a revisionist look at American history with a slew of popular voices. Another is the big blockbuster “Don’t Look Up,” a political satire from Adam McKay starring Leonardo DiCaprio, Jennifer Lawrence, Meryl Streep, Timothée Chalamet, and Cate Blanchett.