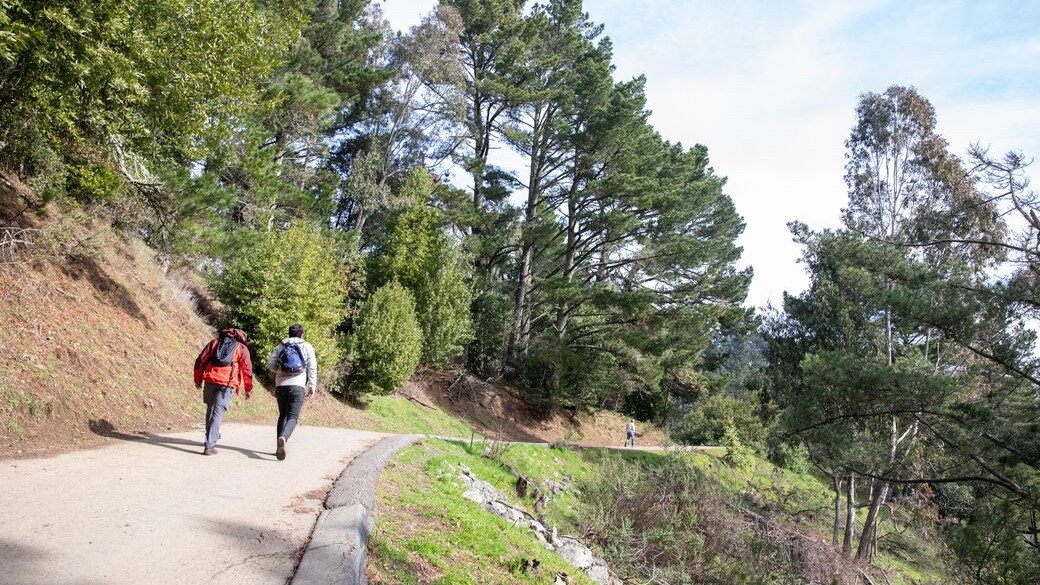 What is geocaching, and how does it work

Millions of kids will fondly remember the exciting treasure hunts from summer camp. Armed with a set of instructions and a vague idea of where to go, they would speed off in search of as many prizes as possible.

Geocaching isn’t that far removed from those treasure hunts, but as with most things, it has shifted the pen and paper over to the internet. And the reach is far beyond the confines of a backyard or open field. It’s a treasure hunt on a global scale, orchestrated by like-minded people with a love for the outdoors and exploration.

What the term means

Geocaching will seem like a strange term if you have never encountered it. You can break it down into two parts, the “geo” and “caching”.

Geocachers (the people who play the game) hide objects in various locations and then create a point of interest on the official Geocaching app. Other geocachers then select a specific point on the app and set out to find the hidden object by following hints, map coordinates, or instructions.

There are hundreds of thousands of these geocaches around the world, and anybody can start their own treasure hunt. When you eventually find a cache, you must sign the logbook to note your discovery and place the cache back where you found it.

The hide-and-seek game is largely based on trust, and if someone sets out to trick others, it will only ruin the activity. It’s for that reason that caches only contain low-value items or objects that will only be of value to the geocaching community.

While you can go in search of geocaches in your regular attire, there are a few things that will make the experience a lot easier.

The rules of geocaching

Where caches are located

The treasure hunt activity is loosely governed by a set of mutual rules and regulations. Since no entity monitors geocachers’ behavior, it comes down to each object hunter to conduct themselves accordingly.

One of the rules pertains to acceptable hiding spots for geocaches. You are not allowed to bury a cache, like on a beach or in the dirt. Any cache must be easily accessible without the use of special tools or gear. For that same reason, you are not allowed to place a cache in a location where entry is forbidden or restricted, or where it can put the finder in a dangerous situation.

The best hiding spots are in tree stumps, behind ground-level objects, or in tall grass. But it is often easier to get to the location than it is to find the cache. That’s because some geocachers want you to work for the object, giving you a sense of accomplishment.

But if you aren’t allowed to bury a cache, how do they hide it? Well, that is done through good, ol’ trickery. Some geocachers are incredibly sneaky, often hiding the container in fake rocks, imitation tree stumps, or covering them with intricate camouflage. There are even fake acorns or chewed gum for an added challenge.

However, to keep everything safe and orderly, there is a growing number of community volunteer reviewers. When a new geocache is submitted to the local directory, it is their job to review the submission to make sure it follows the guidelines.

The contents of a cache will vary depending on the person who hid it, but there will always be a logbook inside. This is so that you can record your discovery and then put it back where you found it so that others can stumble upon it as well. There might not be a pen or pencil inside (or it has run dry), which is why you should always have a few spare in your backpack.

If the hider was feeling generous, there might be a low-value object inside, too. These can range from foreign currency, keychains, ornaments, simple medallions, or booklets. A favorite among geocachers is the geocoin.

These coins are specially made and usually celebrate a good cause, a significant milestone, or an accomplishment. For example, there was a special “2’s” geocoin in some caches if you went hunting on February 22, 2022.

Some caches, in addition to a geocoin, might have a small tracking geocoin inside. The purpose is not to track the location of the finders, but to plot the course of the geocoin itself. You’ll usually find instructions in a cache that you should place the trackable geocoin inside the container of your next find.

The following treasure hunter will then pick up the coin and place it in the next cache. The owner of the geocoin can then see how far it has traveled, and possibly to other countries. But including a geocoin isn’t necessary, and many hunters don’t expect there to be one, either.

A golden rule of geocaching is to leave your environment in the same state that you found it. You should never have to damage property or trees to get the container, and you should try your best to not leave any visible signs of your presence.

Keeping that in mind, you won’t always be hunting for coins or logbooks in your neighborhood. You might know an area rather well and can probably navigate to the geocache without a GPS, but that won’t always be the case.

If you are trekking through unfamiliar terrain or environments, you should do some research on the area first. There might be some dangers that you don’t know or routes that are better suited than others.

For example, if you live in the city and go geocaching in the forest, do you know what to do when you encounter a black bear? While there are exceptions, an easy rhyme to remember is “if it’s brown, lay down. If it’s black, fight back.”

When you eventually find the geocache (hopefully without any bear encounters), there are a few things that you must do to complete your quest.

Q. How do you get started with geocaching?

A. There isn’t an awful lot of “official” gear that you need to become a geocacher. The most important step is to download a geocache app that is relevant to your country or surroundings. The most popular option is the app from Geocaching.com, which bills itself as the “official GPS cache hunt site.” Other than the app, you’ll need a pen and a good sense of adventure.

Q. Anybody can get started, but who can hide a cache?

Part of the fun in geocaching is that you can be both a hunter and a hider. There are no rules that dedicate which position you must take, and millions of people hide caches while searching for others. As long as you follow the general guidelines and abide by regional geocaching policies, you are free to explore as much as you like.

Q. Is geocaching safe during COVID?

Yes, it’s as safe as any other outdoor activity. Regardless of COVID’s dwindling influence in some states, any outdoor activity where there is a steady supply of fresh air and wide-open space is excellent. As with anything, if you practice healthy habits and use common sense, you shouldn’t be in any danger.

Q. Do you have to leave something behind?

There are no rules that say you must leave something behind when you find that cache. But there is a trust system in place where the general sentiment leans towards “take something, leave something.” That means if you take a trinket or artifact from the cache, you should replace it with something of equal or greater value.

Q. What does it mean when a geocache is marked as P&G on the map?

Finding a geocache is often a time-consuming endeavor, and some hunters can’t spend more than a few minutes looking around. So for those with limited resources and little spare time, they might seek out caches marked as P&G. Also known as “Cache and Dash”, the letters are an acronym for Park-and-Grab, meaning you can park your car and easily grab the cache.

Q. What are other acronyms that geocachers should know?

It might take you a while to wrap your head around the geocaching lingo, but there are some quick acronyms to remember that will make the hunt a little bit easier.

Which portable vacuum is best for compact spaces?
by Angela Watson

Time to buy your kid their first graphing calculator? Here's everything you need to know
by Allen Foster