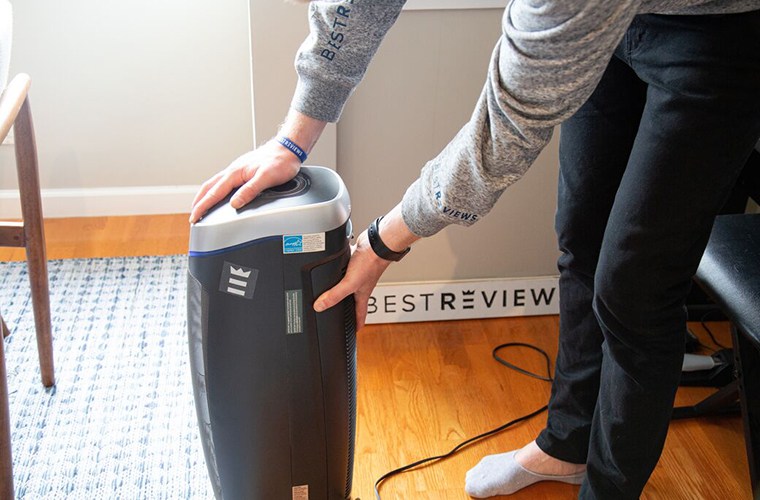 Are bladeless fans worth it?

As the air turns warmer for the next few months, it is time to consider how you will stay cool this summer. While a fan doesn’t actually lower the temperature of the air, it does increase evaporation, which makes you feel cooler. As long as the temperature doesn’t get oppressively hot, a fan is an excellent way to stay comfortable in warm weather.

There are two main types of fans: bladeless and traditional. If you are going to buy a new model, it is important to know the difference between them.

How does a traditional fan work?

A traditional fan, such as a box fan or a desk fan, typically has three to five blades with a scooped shape. As these blades whirl about in a circle, they scoop up a section of air and push it forward. The vacuum that is left by the missing air pulls more air in to fill the void, and that air gets pushed forward. While this happens quickly, buffeting does occur, so the breeze created by a traditional fan has a slight staccato feel to it.

How does a bladeless fan work?

“Bladeless” is a slick marketing term that captures the imagination and creates wonder. However, it is an inaccurate way of describing how this type of fan works because it does use a blade. The blade is hidden in the base of the unit, so it can’t be seen unless you take the fan apart.

The correct term is “air multiplier” because this type of fan draws a small amount of air in through the base and directs it out a very slim opening along the edge of a circle or an oval. As the air travels, it increases in velocity and pulls along other air to effectively multiply not only the force but the volume of air the fan moves as well. Only a small amount is actually moved by the tiny interior fan. The result is a steady, quiet stream of air that feels more like a natural breeze.

What are the benefits of using a bladeless fan?

A bladeless fan has a number of performance benefits that make it better than a traditional fan. One of the most important aspects is that the hidden blade makes it a much safer option — no injuries to curious children or pets. Also, since the blade and motor are in the base, it has a lower center of gravity, which makes it much more stable than a traditional fan.

As far as performance, it is quiet and moves a surprising amount of air, and that air flows smoothly. This makes it much more comforting than a traditional fan. It is also easier to keep clean because you just need to wipe down the exterior. You don’t have to disassemble the protective cage and clean each blade. And, while it has nothing to do with performance, a bladeless fan just looks more sleek and modern than a traditional fan.

What are the drawbacks of using a bladeless fan?

Q. What is a bladeless tower fan?

A. A bladeless tower fan operates in much the same way as a bladeless fan. The blades are hidden inside a tall tower. However, since it doesn’t feature the same aerodynamic design, it doesn’t multiply the air as much as a circle or oval model. On the plus side, tower fans are typically more affordable. They are a great option for someone who wants a steady airflow but doesn’t have the budget for a high-end model, such as a Dyson.

A. In general, a bladeless fan requires a little less power to operate than a traditional fan. However, this is not always the case, so you will need to compare the watt usage of the two models you are considering to know for sure.

Dyson is the innovator and top manufacturer of bladeless fans. This model not only cools large rooms but also contains a HEPA filter to help create healthier air in your home. It features 10 speeds, oscillation and a timer.

Where to buy: Sold by Amazon, Home Depot and Wayfair

The LivePure bladeless fan has a coconut carbon filter that removes small particles, such as allergens, from your air. It features a four-color accent light, three speeds and a timer.

Where to buy: Sold by Home Depot

This bladeless tower fan arrives fully assembled. It has four speeds, an oscillation mode and an auto shut-off. The nighttime setting dims the display to help you sleep.

Where to buy: Sold by Amazon and Home Depot

This entry-level model is a solid value. It has all the essential features along with a low price that makes it very appealing to individuals on a budget. Purchase also includes a remote so you can change the settings without getting out of bed.