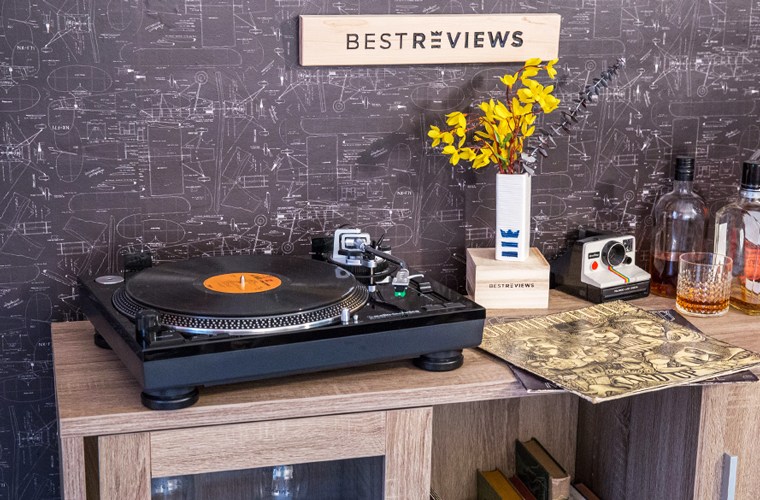 Portable turntables are making a comeback. Here are the 9 best

Vinyl record players have been around for many decades, but they enjoyed high popularity in the '60s and '70s. Before vinyl, records played at home were made from shellac, a hard material similar to ceramic. After World War II, music recording labels shifted toward lacquered records (vinyl), as it was cheaper to produce.

While the technology never disappeared, music lovers shifted to cassette tapes and eventually compact discs, leaving disc jockeys at clubs and radio stations as the only users of a seemingly dead medium.

But the spinning platters with crackles and pops from the needles are making a comeback. The year 2022 was the first time in many decades that vinyl sales surpassed compact discs. Music experts can’t agree on why that is exactly, but it might have something to do with the romantic notion of records, the colorful sleeve artwork and the satisfaction of opening an album jacket.

What makes it portable?

Thinking of a record player, you probably conjure up images of old, bulky devices in large, wooden cases or perhaps a disc jockey spinning some vinyl in a club on an expensive turntable with all sorts of connected cables.

Both instances would be a correct assumption of a turntable, but a portable version has some additional aspects. Firstly, the entire system is housed in a robust, suitcase-like design with a carry handle.

Second, the only thing you must do to listen to records is connect the suitcase to a power source. Being portable doesn’t imply that it works on batteries, as you’d need many of them to drive the player.  When you're done, you close the lid, snap on the latch and carry it back to storage.

The built-in speakers are the most significant component that sets it apart from turntables you’ll find in a club.

The most significant drawcard for record lovers is the built-in speakers and Bluetooth connectivity. This lets you stream audio from your mobile phone through the turntable’s speakers. However, the technology doesn’t allow you to stream the record’s audio to Bluetooth speakers, as it’s only a receiver and not a transmitter. Also, remember that the speaker quality might not be what you’d expect.

Vinyl records generally come in 7-inch, 10-inch and 12-inch sizes and must be played at the correct revolutions per minute. If you don't, the music will be produced too fast or too slow. That’s where a variable speed turntable comes in handy, as it can play 7-inch records at 45 rpm, 10-inch vinyl at 78 rpm and 12-inch records at 33.3 rpm. If you don’t need a variable speed player, ensure that it can at least play at 33.3 revolutions per minute, as 12-inch records are the most common.

Playing vinyl records on a turntable is excellent, but it’s better if it has additional functions. Adding to the variable play speed, many portable turntables have an RCA-out connection that lets you connect external speakers. For private listening, some models have a 3.5-millimeter headphones jack. Although rare, some mobile models incorporate an FM radio and USB playback into the case.

The black suitcase design with stainless steel reinforced corners gives this turntable an authentic vintage look. It has a three-speed, belt-driven motor with pitch and volume control. The suitcase stands on sound-isolating feet that prevent vibrations. It has two built-in Bluetooth speakers and a connection for headphones.

This turntable has a Bluetooth 5.0 connection that lets you stream music from your mobile phone through the built-in, full-range stereo speakers. The belt-driven motor lets you play vinyl at three speeds, and it has an RCA-out connection if you want to connect larger external speakers.

Housed in a robust wooden suitcase, this retro-looking record player has a three-speed, belt-driven motor. It has two full-range built-in stereo speakers, supports Bluetooth connections and has an RCA-out jack.

This record player has a three-speed, belt-driven motor, so you can play vinyl of all sizes. It has two built-in speakers, but while it doesn’t have Bluetooth, it has a 3.5-millimeter auxiliary jack, an RCA audio output jack and a headphones connection.

This portable turntable has a unique design, as the Bluetooth speaker detaches from the case. The record player has a three-speed, direct-drive motor and multiple connections for additional portability.

With a striking red interior and a sleek black suitcase design, this turntable has a built-in Bluetooth receiver that lets you stream audio from your mobile phone. It has a three-speed, belt-driven platter with adjustable pitch control and built-in, full dynamic range speakers.

This two-speed turntable is neatly crafted from wood and metal elements with rounded corners for a vintage look. It has a built-in speaker, Bluetooth connectivity and a built-in amplifier that lets you connect external speakers. The duct cover and stylus are replaceable.

Sitting in a stylish navy blue suitcase, this record player has built-in stereo speakers, an RCA line-out connection and Bluetooth input. The belt-driven platter plays at three speeds, and you can convert turntable tracks into MP3 files.

This three-speed record player has two built-in speakers and Bluetooth functionality that lets you stream music from your mobile phone. You can connect an external speaker through an RCA cable for louder sound. The platter is belt-driven to absorb shocks from bumps.