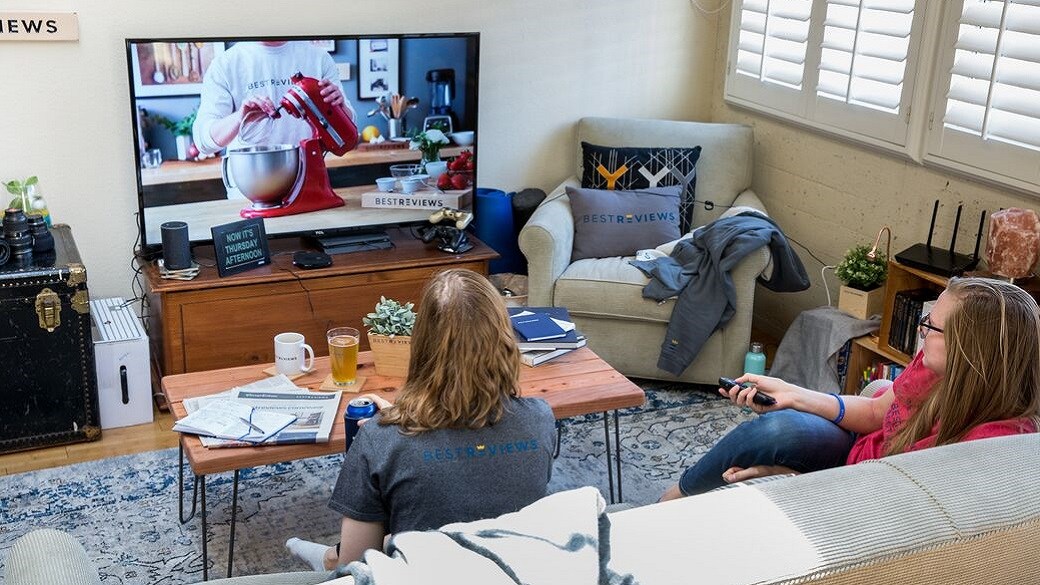 LG TVs vs. Samsung vs. Sony: We asked an AV expert if there’s a clear winner

Which popular TV brand is best?

There are tons of models to search through when looking for a new TV. One great place to start is with a tried-and-true manufacturer. Opting for a brand that pushes the envelope every year to deliver the best-performing hardware at competitive prices means you’ll get something satisfying, no matter the price range.

Of the numerous brands on today’s market, LG, Samsung, and Sony stand out for exactly that. And while they’re all great companies to buy from, they each have their pros and cons. We consulted our in-house tech expert Jaime Vazquez to see which of these brands is best.

Vazquez offered some keen insights on selecting TVs. “TVs are like cars, in the sense that 30 years ago, you really had to look for a quality car. Now, any given car that you buy is of much higher quality than it used to be, even if it's supposedly a ‘bad car,’ so it’s hard to really go wrong,” he explained.

“That's kind of how I feel about TVs,” he continued, “If you're into picture quality and you want the best available, go for OLED. But if you end up with an LCD, you will still get a fantastic experience and still be able to enjoy 4K content.” Even further, some LCD models have their own pros compared to OLEDs.

Jaime went on to advise, “Be careful about model numbers. Larger brands will assign a special model number of a common TV for a specific retailer to prevent price comparisons.” In other words, it’s as important as ever to do your homework and make sure you know what products you’re looking at. For example, Jaime explained, “LG has their C9. If you buy it at Best Buy, it's the C9W. That means that you can't go to Costco and say, ‘Hey, Best Buy has the C9 for $500 less,’ to try for a price match. They’ll say that it’s not the C9, but the C9W.”

Jaime also cautioned against feeling pressured to get a low-cost TV during buying holidays. “Manufacturers will come up with a model around Black Friday that's super cheap. But it's not a great TV. It's just one that they discount deeply because somebody would go see a 4K TV for $500 and think, ‘I want that.’ And then somebody will get one without HDR support and with only one HDMI input.”

LG Electronics has manufactured some of the most highly regarded TVs for years. It’s always made great electronics, but it’s recently gotten a lot of press due to the immense success of its OLED lineup. Its C series of OLED TVs, culminating in the current C2, has been praised as the best multiple years in a row.

In fact, LG’s recent OLED dominance goes a little deeper than that. LG Electronics is a subsidiary of the larger LG Corporation. Another subsidiary, LG Display, manufactures 100% of the OLED display panels used in consumer TVs worldwide. In that light, it makes perfect sense why LG has a leg up on the rest of the industry from that specific angle.

According to Vazquez, people who like to watch sports and play video games will be happiest with LG TVs.

The latest in LG’s most popular family delivers a higher brightness than its predecessor, which minimizes OLED’s biggest weakness.

It’s last year’s model and not as bright, but it’s also a much better deal than the newer one.

If you want to watch sitcoms or sports with friends, this IPS panel TV is the perfect budget-friendly choice.

This is a great all-around option that doesn’t cost a fortune, but it also doesn’t have a ton of high-end features.

Samsung made waves a few years ago when it popularized QLED technology, its name for quantum dot filtration. QLED is a novel approach to color filters that involves shining light on special microscopic particles embedded in a thin layer on the TV. When lit, the particles reproduce a color based on their size. QLED technology results in wider color gamut coverage than normal. Since then, many companies have followed in Samsung’s footsteps and added quantum dot layers to their TVs.

It’s the world’s first quantum dot-filtered OLED TV, and it delivers one of the boldest and most consistent images possible.

A powerful local dimming algorithm paired with a cutting-edge miniature LED backlighting array make this one of the best options for HDR content or bright rooms.

It offers premium design and engineering on a par with the rest of Samsung’s offerings, but at a midrange price.

This TV is dependable, good-looking, and affordable. There’s not much more to it. But there’s also not anything wrong with it, as long as you know what to expect.

Sony is one of the biggest names in electronics, so it’s no surprise that it’s responsible for some of the best TVs. Sony is one of the few companies to release OLED TVs in the US, and it does so using panels made by LG Display (just like everybody else does). Sony also offers several mid- and upper-mid-range LCDs with powerful backlights and gaming features. In terms of performance and features, there are few gripes with most Sony releases.

Due to their consistently high performance and a vast array of features, Vazquez advised dedicated movie lovers to consider a Sony TV first.

It has the color coverage and perfect contrast of an OLED, but peak brightness and HDR performance that rival a high-end LCD. Many say it looks even better than LG’s flagship offering.

It’s not the absolute peak of Sony’s LCD lineup, but it performs better than the more expensive X95J since it lacks the latter’s enhanced viewing angle layer.

This one outperforms most TVs that are close to its midrange price.

Should you get an LG, Samsung, or Sony TV?

Anyone who wants to watch TV in a very bright room, or is looking for a powerful TV at midrange prices, should look at Samsung. If sports and video games are more your thing, or if your movie night always takes place in the dark, consider an LG. Finally, those who demand peak performance and versatile, nearly perfect engineering should get a Sony TV.