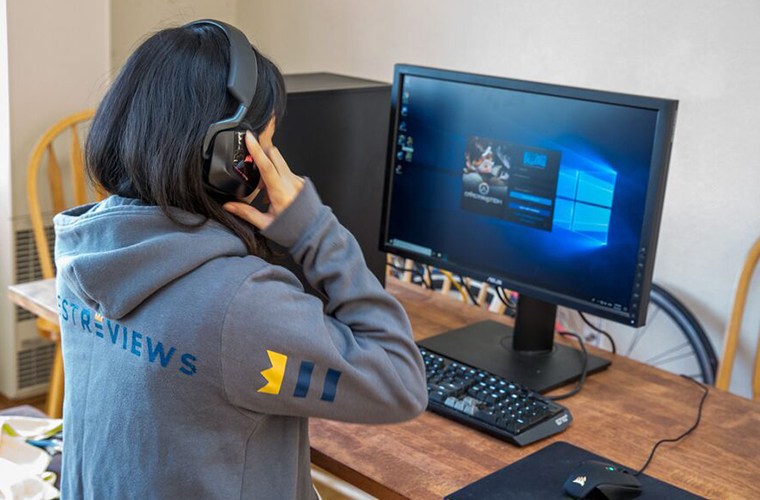 How does the Turtle Beach Recon 70 gaming headset stand up to the brand's more expensive headsets?

Turtle Beach's long history with consumer electronics started with its first sound cards in the mid-1980s. Research and development lead to innovations such as multichannel audio playback and hard disk recording.

With the release of the Microsoft Xbox 360 in 2005, Turtle Beach shifted from making PC audio components to making its first gaming headset: the X51. Two years later, it launched the Ear Force X3, the first wireless headset for the Xbox. Since then, the company has continually evolved to provide accessories for multiple gaming platforms.

The company has diverse gaming headsets and controllers, but few have sold as well as the Recon 70. Since its release in April 2019, it stayed at or near the top of every monthly sales leader board for the next two years. The Recon 70 is Turtle Beach’s solution for a high-quality gaming headset that costs under $50.

The Recon 70 is the successor to the Recon 50 and includes a few changes for better audio quality. The 40-millimeter audio drivers are powered through neodymium magnets and neatly sit in the padded ear cups covered with synthetic leather. The speakers have a frequency response range of 20 hertz to 20 kilohertz.

The over-ear headset has a sturdy headband with the same padding, ensuring that it doesn’t create pressure when used for a long time. The sturdy headband is adjustable while fitting tight enough to block out ambient sound.

For in-game communications, the Recon 70 has a high-quality omnidirectional microphone that you flip upward to mute. Next to the microphone is a volume dial that changes the master volume and mutes the mic.

A great aspect of the Recon 70 is that it’s compatible with almost all gaming consoles, such as the Xbox One, PlayStation 5 and computers. This is possible through the 3.5-millimeter jack on a 4-foot cable.

The Recon 70 is a basic gaming headset. There isn’t much to it other than what you would expect from a stock-standard gaming headset. But with that said, the audio drivers do have great sound quality.

In comparison, a more expensive headset like the Recon 500 has 60-millimeter Eclipse dual drivers with dedicated woofer and tweeter speakers. The Recon 500 also features AccuTune to perfect acoustics, which the Recon 70 doesn’t have.

Although the Recon 70 has the same ear cup design as the Stealth 700 Gen 2 Max, it is the most affordable gaming headset, scrubbing most of the technology to keep the price low.

With a solid history in audio recording and production through founder Roy Smith’s part-time studio, Turtle Beach knew how to make exceptional headsets. Over the decades, it had several “world’s first” products and won many industry awards. The brand has become well-known among gamers.

The obvious advantage you get with expensive headsets is that they are packed with some of Turtle Beach’s best technology. Several headsets have communication additions suitable for esports, incorporating the company’s Pro-Level TruSpeak microphones.

The audio quality also vastly outperforms the Recon 70, which is relatively at the bottom of the technology tier. For example, where the Recon 70 provides clear stereo audio, a model like the Stealth 600 Gen 2 uses Turtle Beach’s Superhuman Hearing technology to make every sound audible.

More advanced technology inside the headset often leads to other areas receiving less attention. For example, the Recon 500 has excellent speakers, but the ear cups are round instead of oval, which provides a better fit.

The generous 50-millimeter speakers rest over your ears through the thick padding on the cups. It has a high-sensitivity gaming microphone that flips up to mute, and the adjustable headband is metal. The headset connects directly to the Xbox One console, and the built-in battery should give you about 20 hours of audio time.

The Nanoclear speakers are tuned for esports audio quality, providing you with 7.1 surround sound. The headset has a TruSpeak gaming microphone with noise-canceling, and the Audio Hub lets you connect your mobile phone. It has large, 50-millimeter audio drivers with a padded headband.

This gaming headset has a built-in amplifier for louder sounds without compromising on the quality. It features 40-millimeter audio drivers with ample padding and in-line volume controls for the microphone, and it is compatible with platforms that take a 3.5-millimeter jack.

Should you get the Recon 70 or a more expensive Turtle Beach headset?

The most expensive gadget isn’t always the best, especially when you seemingly pay more for the brand name than features. But in the case of Turtle Beach gaming headsets, you undoubtedly get more tech for your money with an expensive headset.

The Recon 70 is a great accessory if you are looking for an affordable audio solution that is compatible with multiple gaming systems. But that’s where it ends. Sure, other headsets, such as the Stealth 700 Gen 2 Max, are four times the price, but the comfort, sound quality and microphone make it well worth the purchase.

If you don’t want all the bells and whistles, the Recon 70 is great. But if you value superior audio, you won’t be disappointed with a more expensive headset.