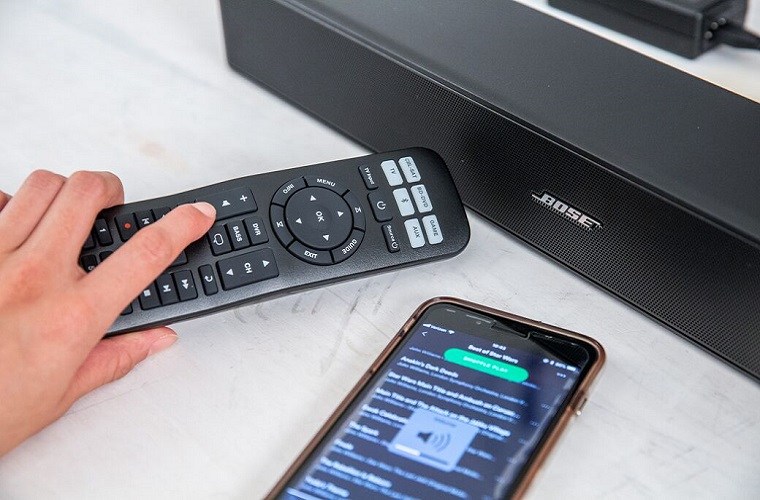 Bose vs. Sony vs. LG- An audio expert weighs in on the best sound bars

Which sound bar brand is best?

Sound bars are more popular today than ever. A large reason behind this is the fact that they perform better than ever too. Where a sound bar used to barely outperform built-in TV speakers, they’re now able to produce immersive, cinematic sound.

We talked with BestReviews’ audio/video expert Jaime Vazquez for an experienced and nuanced take on which of these top sound bar brands delivers the best audio and most value. He had some great insights about each of them in addition to helpful alternative recommendations.

Tips for picking a sound bar

Vazquez argued that you can divide sound bars into three basic categories. The most affordable, he said, are “what you’re likely to find in a hotel room or college dorm. They sound a little better than integrated TV speakers,” and usually have a stereo setup. Sometimes they also offer a center channel that helps you to hear any dialogue.

At the top end, there’s a class of sound bars that raises the question, “Why didn’t you just buy a home theater system?” While a full-on surround sound system is viable in some cases, sound bars remain more convenient to install and configure. They also come with an increasing number of high-quality rear satellite speakers and wireless subwoofers. In other words, we’re getting to the point where a premium sound bar can be a legitimate component of a high-end home theater system.

The majority of sound bars fall somewhere between those two extremes. These are also the most cost-effective options. There’s a pretty wide variety of features available in midrange sound bars. You can even find some with advanced features that make movies sound great. Depending on the price range you’re looking for, it’s very likely that this middle tier will have something that satisfies your needs.

It seems obvious, but it’s rarely talked about. In terms of performance, wider sound bars produce more effective stereo sound. For best results, look for a sound bar at least 36 inches wide, if you have space. The bigger the TV, the wider the sound bar should be. Ideally, a sound bar should be nearly as wide as the TV.

An increasing number of sound bars come with matching wireless subwoofers. These go a long way in overcoming the drawback of sound bars, which is their general lack of low-frequency output. Wireless subwoofers use specialized communication protocols to eliminate the latency that sometimes comes with wireless sound transmission.

To further blur the line between sound bars and surround sound installations, some midrange and premium models come with optional satellite speakers. There is the challenge of finding somewhere to put them, but it’s not quite the hassle of organizing seven different speakers throughout the room.

Bose is responsible for some of the most popular and user-friendly audio equipment on the market. Its headphones, for example, are regarded as some of the best. Like Bose headphones, Bose sound bars are reliable and easy to use.

According to Vazquez, “Bose has often aimed to be the Apple of the home theater space.” However, to some extent, “It’s done that by overdoing the bass, and its gear tends to be overpriced for what you get, as well as limited by format support,” he said.

Nonetheless, Vazquez concedes, Bose speakers do sound great. And if you’re limited on space, Bose tends to have great-sounding compact options. Be prepared to shell out a decent amount of cash for a good Bose sound bar, though.

A total of nine drivers pointing in various directions makes this a good choice for true Dolby Atmos playback, although it’s expensive and doesn’t come with a subwoofer. Sold by Amazon

It is one of Bose’s less costly options and is also great for streaming music via Bluetooth, Apple Airplay 2 or Spotify Connect. Sold by Amazon

This entry-level model is about as compact as they get, yet it offers a noticeably more full low-end than its closest competition. Sold by Amazon

Sony has more experience in the home theater space than any other popular manufacturer today. Like many Sony products, they can be expensive simply because they come from Sony.

Make no mistake, though — you can be confident that a Sony sound bar is a good purchase. If you’re looking for something high-end that holds up to a true 5.1-channel home theater setup, Sony might be the right answer. The best options are the wide ones that can take advantage of five forward-firing drivers.

While it’s technically limited to 2.1-channel audio, its upscaling engine does a good job of delivering high-quality sound from high-fidelity sources. Sold by Amazon

It delivers loud and lifelike audio courtesy of a 5.1.2-channel configuration, but be ready to drop some serious cash on this high-end unit. Sold by Amazon

It strikes a good balance between price and performance with effective Dolby DTS: X spatial audio and Bluetooth connectivity for streaming music. Sold by Amazon

LG is at the forefront of home entertainment, thanks to its industry-leading OLED TV offerings. They outperform nearly every other TV out there but aren’t actually the most expensive. LG sound bars follow a similar pattern.

If you’re in the market for a midrange sound bar, it’s hard to find a better value from a big name brand than LG. It doesn’t quite match the premium performance of the most expensive Sony products, but LG’s offerings tend to cost less.

Its midrange price and wireless subwoofer make it one of the best values around. Sold by Amazon

This is one of the few options in its price range with actual up-firing drivers that allow for an effective Dolby Atmos experience. Sold by Amazon

It gets remarkably loud, supports high resolution and is an excellent deal if you can find it on sale. Sold by Amazon

Should you get a Bose, Sony or LG sound bar?

Only consider a Bose sound bar if you’re short on space or if you’re a huge fan of Bose products. Sony sound bars are a great choice if you want the best possible sound quality, while LG models deliver a great balance of price and performance.