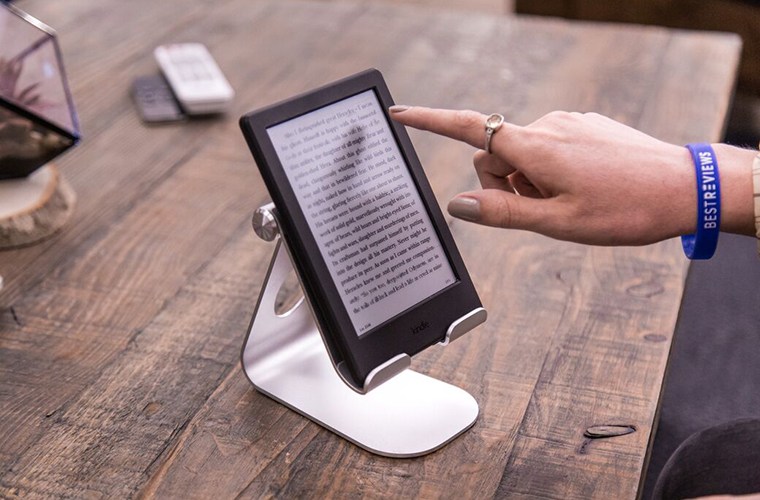 Are Kindle tablets just for reading

Humans have had a fascinating relationship with noting down information. Since the earliest cave paintings, civilizations made sure to pass on centuries of knowledge.

As primitive technology evolved, society started to put words and data on paper. But skip a few centuries, and we now have books on almost every device. The most popular gadget to read from is Amazon’s Kindle, and while exact numbers are hard to pin down, around 90 million have been sold since 2007.

Overview of the Kindle

There have been several iterations since the first model in 2007, which cost about $400 and sold out in five hours. The popular Paperwhite edition first arrived in 2012, and the waterproof Oasis edition was released four years later.

Amazon has been relatively consistent with its models, making only three versions over the years. However, Amazon did release the Kindle Voyage in 2014, which hasn’t seen an upgrade.

The “regular” Kindle is now in its 10th generation, and the Oasis has three versions, while the 11th generation is solely composed of the fifth iteration Paperwhite.

The Kindle isn’t the only tablet from Amazon. The Amazon Fire was released in 2011. It was initially called the Kindle Fire, but the name confused people because it operates differently from other Kindles. The Fire is a traditional tablet running on a custom version of Google’s Android called Fire OS. Like with other Android tablets, several apps are available, and it has a color display.

This is in contrast to the Kindle, which uses a black and white display and has no access to any store. The primary purpose of the Kindle is to read books downloaded from the Kindle Store or emailed to a dedicated email address.

Other than opening documents, there isn’t much else that the Kindle can do. So, to answer the question, yes, the Kindle is just for reading. However, the relatively small size of books and the large internal storage space mean a Kindle can hold well over a thousand books at once.

A. There are only two waterproof Kindle models: the Paperwhite and the Oasis. The other gadgets will malfunction when coming in contact with water, so it’s best to get a waterproof case.

A. Yes, most Kindles have text-to-speech functionality where the words are read back to you, almost like a narrator. You access this feature by tapping on the menu button, tapping on More and then tapping the switch next to Text-to-Speech to turn it on.

Q. Does a Kindle have a color display?

A. No, there isn’t a Kindle model with a color display, as they all use monochrome E Ink.

What you need to buy for an Amazon Kindle

The Paperwhite is one of the most popular Kindle versions, as the display simulates the look of paper pages. It has a 6.8-inch display and faster page turns than previous editions, and the battery can last up to 10 weeks. This version features adjustable warm light to shift screen shade from white to amber, and the 300 pixels per inch display is glare-free.

To ensure that your Kindle doesn’t get damaged when dropped or water splashes on it, you must protect it with a durable cover. This one features an appropriate bookshelf design on the front and back and automatically wakes up the Kindle when opened. The interior is lined with microfiber.

A cover protects the outside of your electronic reader, but to stop the display from getting dirty, scratched or fingerprints all over it, a glass screen protector is an excellent option. The tempered glass display protector is easily applied and preserves the touch screen’s accuracy.

Even though a Kindle’s battery lasts several weeks, it still needs to be charged. This wireless charging dock is an excellent choice, as you don’t have to struggle with cables. Just place the Kindle in the dock, and it charges automatically. It fully charges the e-reader in just over two hours.

If you prefer a hands-off Kindle reading experience, this gadget is perfect. It easily clips on to the display, and with the press of a button, it automatically turns the digital page for you. It even works on iPads and iPhones and is recharged through a USB connection.