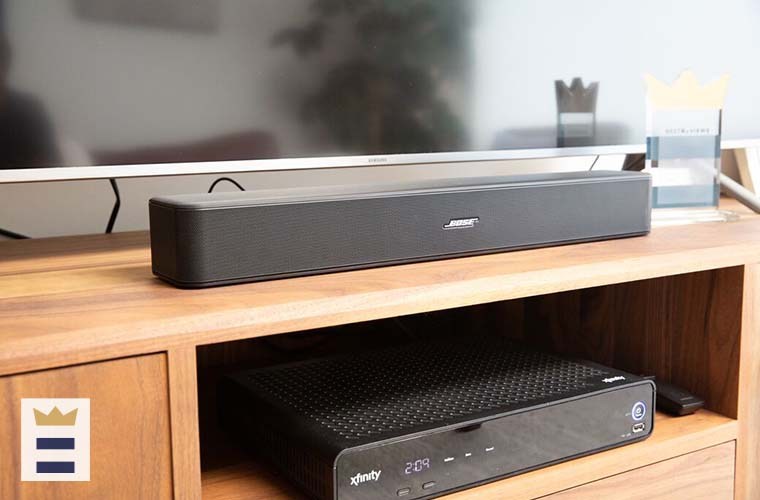 While all TVs have built-in speakers, they’re never as good as stand-alone speakers. Full-fledged surround sound systems, though, can be expensive and a pain to install. In contrast to complex multispeaker systems, today’s sound bars are remarkably easy to configure and offer better audio than ever. Some even deliver quality support for advanced protocols, such as Dolby Atmos, by including up-firing drivers that simulate spatial audio.

How to choose the right budget sound bar

Nearly any sound bar makes a decent upgrade to the generally poor-quality speakers in most TVs. With that in mind, even the most basic stereo option is a decent investment if you’re really trying to save money.

If you’re willing to spend a little more, though, it’s worth considering at least a three-channel sound bar. Three channels mean you’re getting a pair of traditional left and right stereo outputs in addition to a center channel, which is usually responsible for producing clear speech. This is especially important if you like to watch movies.

No matter how great a sound bar is, it won’t excel in the low end without a separate subwoofer. Luckily, many of today’s best options come with mated subwoofers that are a snap to install and configure.

The best-performing sound bars now often come with compact satellite speakers that provide even a modest home theater with true surround sound. Since they’re all part of the same package, they’re tuned to work perfectly together. Plus, they’re engineered to use low-latency wireless protocols that make configuration far easier than installing a traditional, wired surround sound system.

More production studios than ever now master their content to work with Dolby Atmos, which is an advanced protocol that enhances three-dimensional audio. A Dolby Atmos surround sound setup involves multiple speakers set above listeners’ heads that deliver 3D sound. In high-end sound bars, this means upward-firing drivers that make it seem like you’re part of the on-screen action.

Budget-friendly sound bars, however, don’t usually have separate up-firing drivers. Instead, they often use a protocol called Dolby Virtual: X, which is a post-processing technique that simulates up to seven surround sound and four height channels. Because it’s a stand-alone technology, all you need to do to use it is run your audio through a Dolby Virtual: X-enabled sound bar.

Complete with six channels, including a center channel, two satellite speakers and a subwoofer, few models offer the same value as this surprisingly affordable option. It features effective Dolby DTS spatial audio. Although the satellite speakers aren’t wireless, they do come with high-quality, 15-foot cables.

This all-in-one model boasts integrated subwoofers and a somewhat dark sound profile that’s great for a budget-friendly home theater experience. While it’s marketed and engineered for streamlined installation on a Roku TV, it works flawlessly with all other brands too. 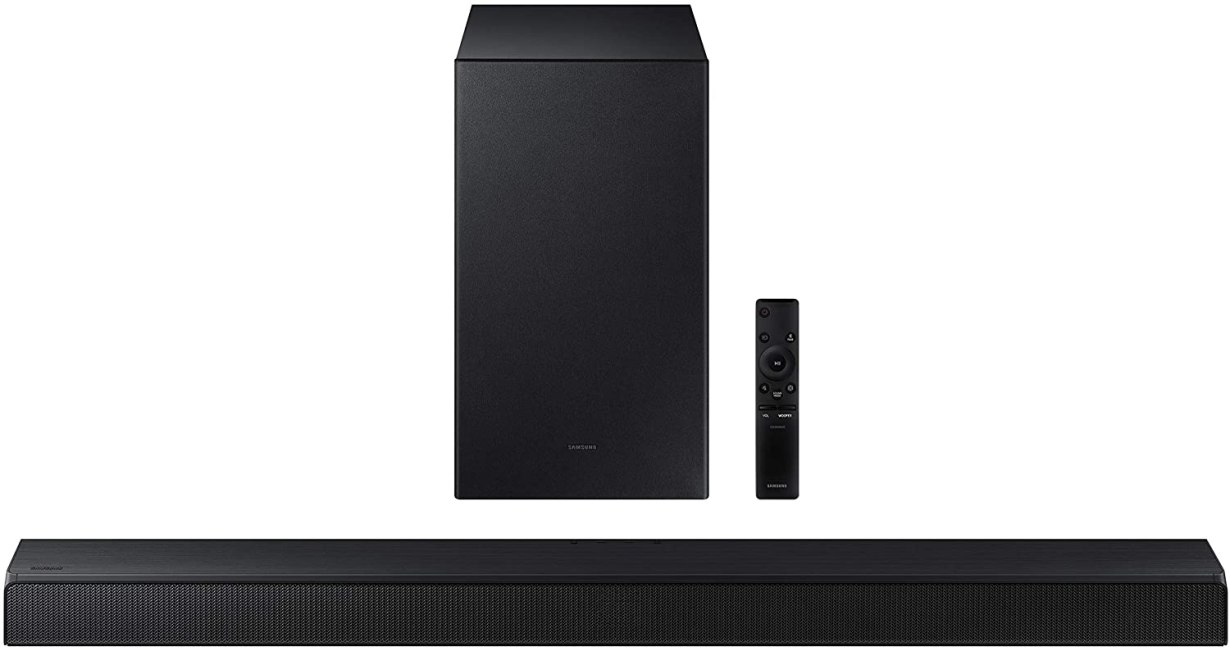 Given its stellar reputation for home theater equipment, it’s no surprise that Samsung’s midrange sound bar is one of today’s best 2.1-channel setups. If you’re willing to invest a little more, consider the upgraded package that includes wireless rear speakers and performs as well as many more costly options.

A total of six drivers, including dual subwoofers, give it some of the best simulated surround sound in its price range. It comes with a simple and easy-to-use remote control and works perfectly with voice assistants, such as Alexa or Siri, when connected to supported devices via an auxiliary cable or Bluetooth.

With 320 watts of output power and an advanced virtual surround sound algorithm with seven preset modes, this is one of Sony’s best-performing models. It allows you to stream audio directly from any Bluetooth-enabled device. When you’re watching videos, you can enhance the part of the spectrum where the human voice shows up so you don’t miss any dialogue.

This sound bar is slim, lightweight and perfect for anyone with a tight budget or small space. It’s especially easy to mount on the wall. It supports HDMI audio return channel and Bluetooth connectivity.

Polk makes a huge variety of high-performing but moderately priced sound equipment, and the Signa S2 sound bar and subwoofer set is no exception. It’s great for watching sports, sitcoms, or dialogue-heavy dramas.

This one’s near the top of the list in terms of sound quality and convenience, and it offers great performance for movies, TV shows and even music. It also sports Alexa voice control and Dolby DTS Virtual: X technology, which simulates 3D playback.

If you want to overhaul your TV’s speakers and smart features at the same time, there’s no more affordable way to do so than with this powerful sound bar. To kick your experience up a notch, consider the package that includes a wireless subwoofer.

Pumping out more than 400 watts over two stereo channels, one center channel and a subwoofer, this sound bar is loud and immersive. It has two HDMI inputs, one HDMI output and the ability to decode object-based Dolby audio.

This advanced sound bar allows hard-of-hearing viewers to get the best experience possible, thanks to a voice-enhancement algorithm with 12 preset levels. It also includes a remote control with large and clearly labeled buttons.

10 bestselling electronics you can buy on Amazon
by Kevin Luna