Dedicated bike enthusiasts hail this ride as the best fixed gear model you can buy, especially when discussing its superb design and top-notch features.

A few customers have had issues with packaging and shipping. Paint has a tendency to chip.

This affordable bike is recognized for its comfortable ride and simple control, making it ideal for urban commuting.

A great option if you are looking for a fixed gear bike that can provide remarkable speed and comfort.

Many buyers wish the bike had a front brake. Could use better tires.

This is an excellent choice for those looking for an extremely lightweight and portable fixed gear bike.

Aluminum frame offers buyers an especially light bike – around 20 pounds for many of the sizes. Front and back brakes are removable. Seat is comfortable enough for most riders.

Solar-activated paint glows hours after being in the sun, making it especially visible to cars. Durable frame is surprisingly lightweight. Buyers love the sleek, minimalist design of the bike.

Some owners claim the paint job is a little sloppy. Problems with shipping seems to be a common issue.

Sometimes you want a bare-bones cycling experience, without worrying about when to change gears or keeping up with continual maintenance. Women's fixed gear bikes — known to many cycling enthusiasts as “fixies” — have just one gear. This not only makes things simpler while riding, but it also means the bike is far lighter and requires little upkeep.

Perhaps the first thing to learn is the difference between a fixed gear and single speed bike, since they're related but not exactly the same. You should learn a little about brakes and braking on fixed gear bikes, as you can brake using your pedals, so additional brakes aren't 100% necessary. You may also want to consider factors such as frame size, handlebars, and even color.

Keep reading to learn more about women's fixed gear bikes so you can find your perfect model. You might also find your dream bike in our top five recommendations! 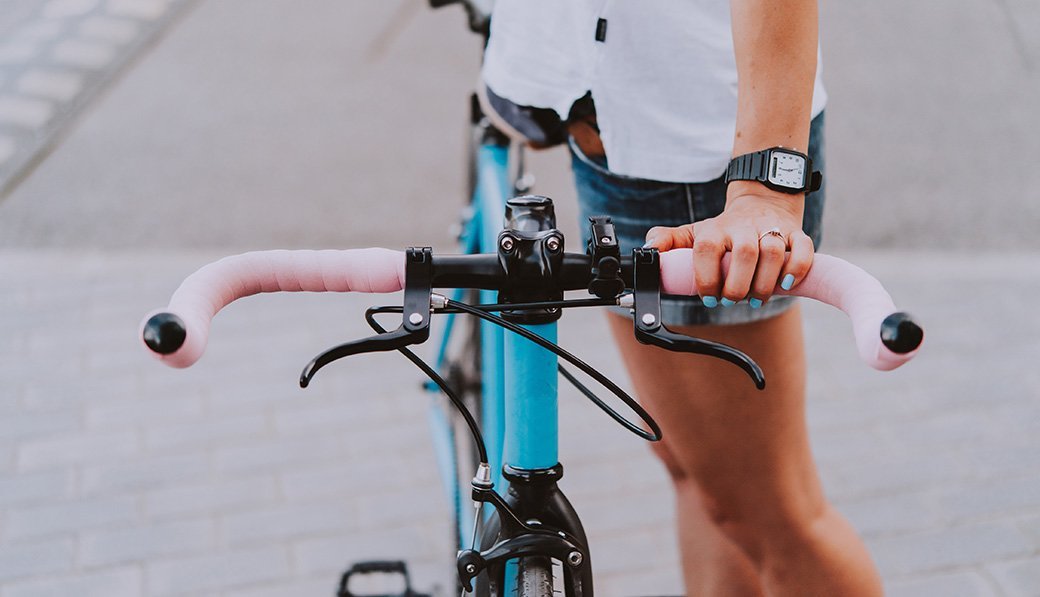 Since you can adjust your speed using your pedals, many cyclists feel more in control of and more connected to a fixed gear bike.

Single speed: A single speed bike is any bike that has just one gear.

Fixed gear: A fixed gear bike has just one gear, but it also has a fixed hub, meaning you're unable to freewheel or coast. When the back wheel is turning on a fixed gear bike, your cranks are turning, too, which can be tricky to get used to because you need to keep pedaling whenever you're moving.

The benefit of choosing a fixed gear bike is that you can use pressure on your pedals to slow and stop your bike without the use of a brake. When you get used to this, it can feel more intuitive than using a hand-operated brake. These bikes are also great for track or velodrome racing, whether you want to take it up seriously or just dabble in it for fun.

Some fixed gear bikes give you the option of switching from fixed gear to freewheel single speed, giving you the best of both worlds.

Since fixed gear bikes can pedal backward as well as forward, you can use this pedal resistance to slow and stop your bike. This means that, technically, you don't need brakes to stop a fixed gear bike. Track fixies that are designed for racing never have brakes, but many road fixies have brakes for added safety and peace of mind. Until you're confident using your pedals to stop your bike, hand-operated brakes are nice to have as a safety net.

What's more, in many states and cities, it's a legal requirement to have at least front-wheel brakes on any bike you intend to ride on the road, regardless of whether you can stop it using pedal power. You should think carefully before buying a fixed gear bike without brakes if you intend to ride it on the road. You may need to have brakes installed professionally before you can legally ride it on public streets.

The gear, measured in inches, is created by the ratio between the front and rear chainrings. For most casual cyclists, something around 65 to 75 inches is ideal. Bear in mind that because fixed gear bikes are lightweight, you may be able to deal with a little more resistance than you're used to. If you're unsure how to set up your bike for various levels of resistance, the staff at a cycle shop can sort this out for you.

For your safety
If you're new to fixed gear bikes, choose somewhere safe to ride it for the first time, since there's a knack to braking and you must remember to keep pedaling constantly.
STAFF
BestReviews

Fixed gear bikes often don't offer much variety in the way of frame size, which can be challenging for shorter women. Most women need a frame size somewhere between 45 and 58 centimeters, depending on their height. You might need to shop around a little, but you should be able to find a women's fixed gear bike with an appropriate frame size to meet your needs.

While the color of your bike isn't exactly going to change its performance, you might as well choose a bike with a color palette or pattern that you like, especially if you're trying to pick between several options with comparable features.

Did you know?
You may need to think ahead more when riding a fixed gear bike, so stay alert. A fixie isn't the best choice if you're looking for a relaxing ride.
STAFF
BestReviews

Inexpensive: Basic women's fixed gear bikes cost roughly $150 to $300. You can find some decent models in this price range, but don't expect anything fancy.

Mid-range: These women's fixed gear bikes cost roughly $300 to $500. These are great bikes for road riding and may have brakes to make riding on the roads safer or give you the option to switch to freewheel single gear mode.

Expensive: High-end women's fixed gear bikes cost from $500 to well over $1,000. This includes track bikes that are built for racing but aren't necessarily practical for cycling on the road or on cycle paths.

Expert Tip
Consider what you'll be using your fixed gear bike for. It's worth spending extra if you want to race or do tricks, but you can get a decent basic bike for a low price.
STAFF
BestReviews 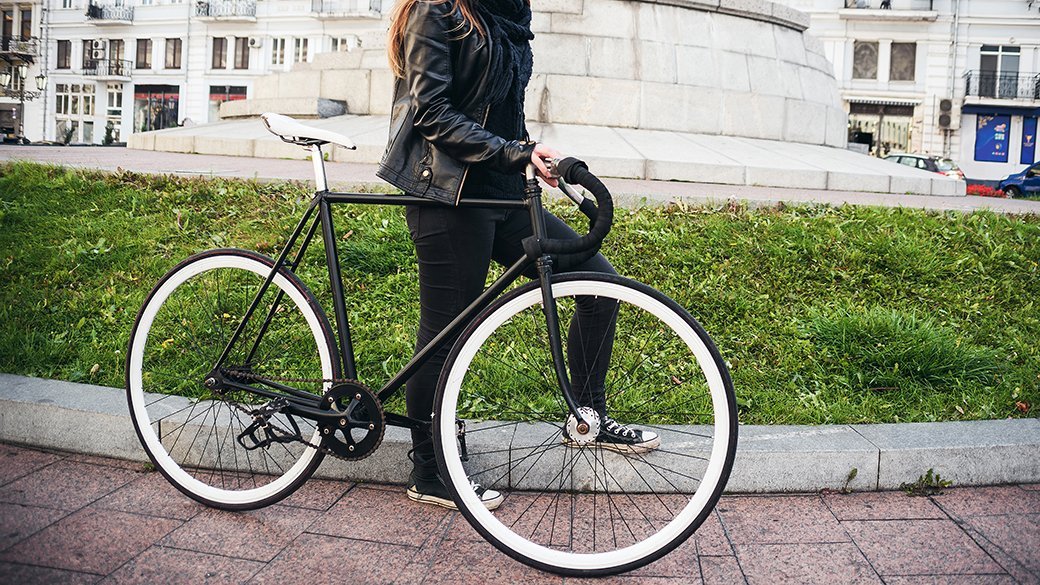 Women's fixed gear bikes are often considered good winter bikes since you'll need to pedal more, thus making the most of limited cycling time, plus there are fewer parts to get damaged by grit and excess moisture.

Q. What's the difference between track and road fixed gear bikes?
A. Track bikes are made for racing, whereas road bikes are for general cycling. While you can theoretically ride a track fixie on the road (assuming you fit brakes if necessary to comply with local laws), it isn't necessarily a bright idea. Fixed gear bikes designed for track use have extremely quick handling and a stiff ride, which might be good for racing but can mean you lack the control you need for riding on the road.

Q. How easy are fixed gear bikes to maintain?
A. Because they have fewer parts than standard bikes, they're extremely easy to maintain. You should occasionally check that the nuts are properly tightened and wipe any dirt off the frame, but that's about it. Bikes with multiple gears, on the other hand, have cassettes, derailleurs, and cables that need to be checked, cleaned, and maintained. 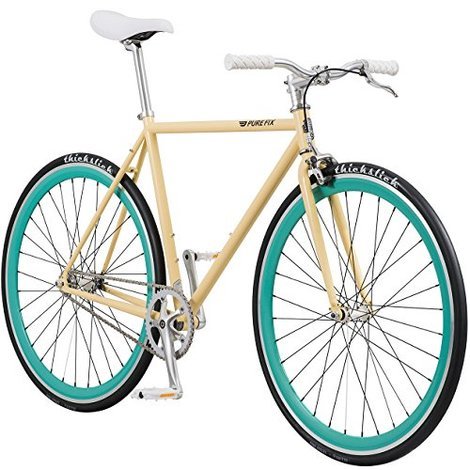 Dedicated bike enthusiasts hail this ride as the best fixed gear model you can buy, especially when discussing its superb design and top-notch features. 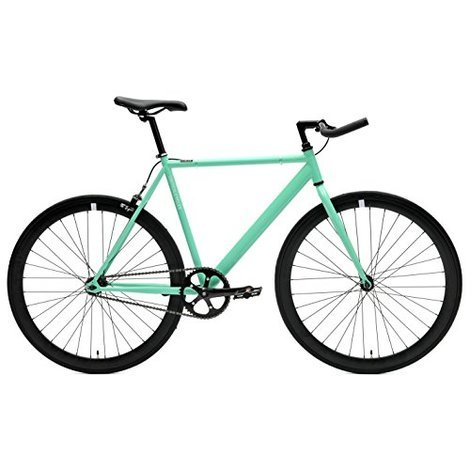 A great option if you are looking for a fixed gear bike that can provide remarkable speed and comfort. 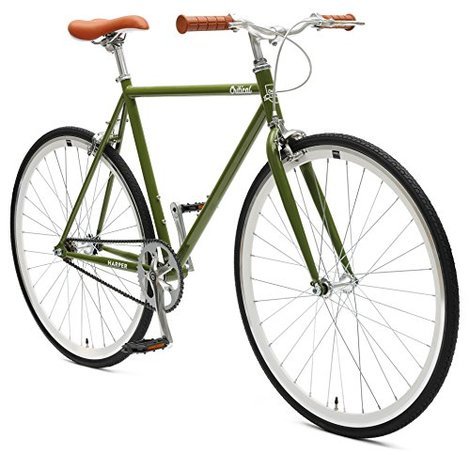 This affordable bike is recognized for its comfortable ride and simple control, making it ideal for urban commuting. 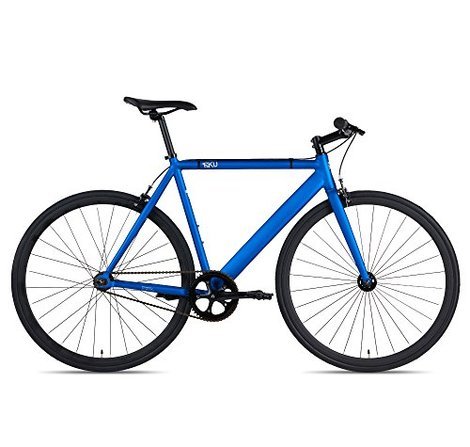 This is an excellent choice for those looking for an extremely lightweight and portable fixed gear bike. 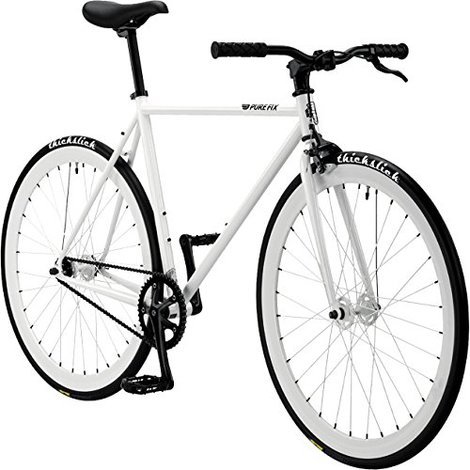