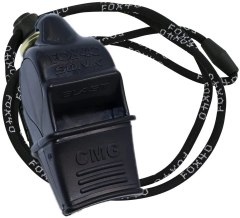 A professional-quality whistle that earns our fitness expert's praise for its design and loudness.

Accompanying lanyard may wear down quickly and need replacement. 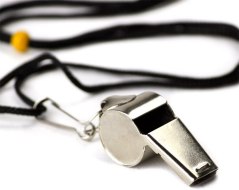 A stainless steel sporting whistle that is an ideal choice for most people, says our expert.

Louder and more pronounced sound without much effort. Durable material holds up to normal wear and tear for years. Adjustable lanyard included. Excellent sporting whistle for referees, coaches, and other personnel.

Thin material may not hold up to major accidents and extraordinary wear and tear. 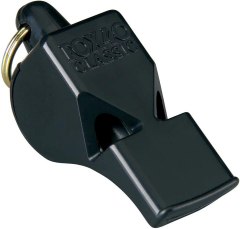 May actually be too loud for use indoors. 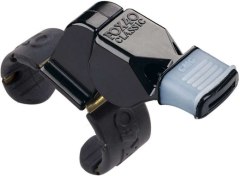 Professional-quality whistle equipped with a holding mechanism that our expert says makes it great for referees.

Finger grip isn't adjustable, so it may be too big or too small for some users.

Whistle for coaches that looks great and is easy to carry in a pocket or around your neck.

Even with adjustable features, lanyard may be too short for some users.

Buying guide for best whistles How to buy the best whistle How do you accessorize a whistle? How much do whistles cost? Tips FAQ

Walk past a soccer pitch or football field on just about any weekend, or listen to the sounds from the nearby high school gym. Do you hear the whistle? Somewhere in the middle of those sports arenas and training complexes, a referee is signaling a foul or a return to play with a shrill, high-pitched pea whistle, or a coach is grabbing the attention of their players during a training session.

Team sports are just one of the many places where the whistle is used. We may have smartphones and electronic alarms, but the low-tech whistle is still a fast, popular way to communicate with others. There are dozens of reasons why owning a whistle is an absolute must. 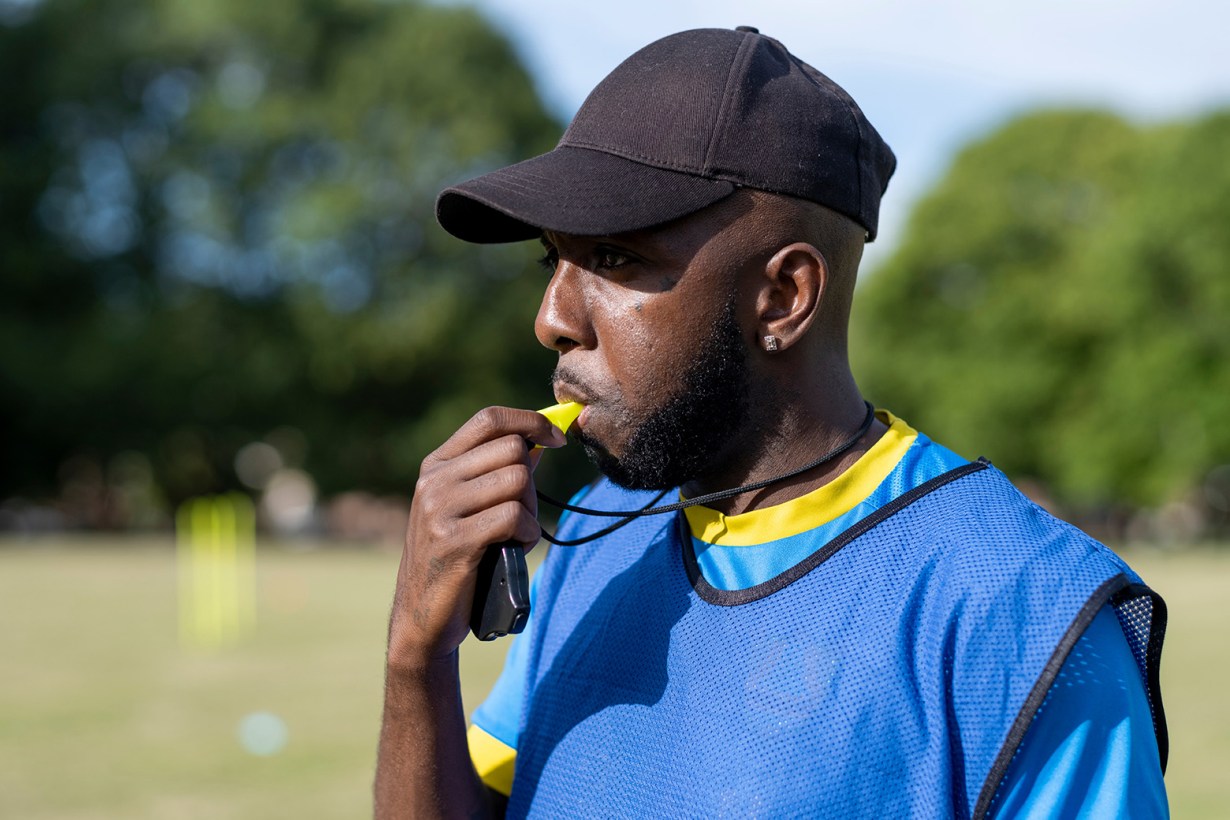 There are sound frequency standards for whistles designed for specific uses, like referee whistles (3,000 to 5,000 Hz) and ship’s whistles (70 to 700 Hz).

How to buy the best whistle

How a whistle works

All whistles have the same science behind them: Air is forced into one end and exits from the other end. In between, something is in place to slow the air’s passage from one end to the other. Depending on the construction of the whistle, that can be an angled wedge or a bigger obstruction like a round pellet or a stopper valve. Air backs up behind the obstruction, and as the air pushes around the obstacle, its molecules are compressed, increasing pressure at that point. Air escapes from the nearest opening, and the higher pressure results in audible noise.

Where are whistles a must-have?

A distinctive whistle not only gets people’s attention, it can also clue them in about the reason for the whistle. A boat’s loud and low-pitched whistle is pretty distinctive, as is a coach’s high-pitched, sharp whistle.

Other whistles aren’t so jarring. In fact, most dog whistles make little to no noise — at least to our ears. They’re designed to produce sound waves in the 16 to 22 kHz range, which is higher than humans’ ability to hear (we just hear a hissing noise) but clear as a bell to a dog. 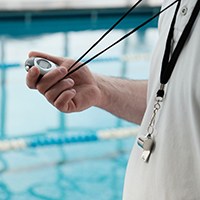 DID YOU KNOW?
The whistle is closely related to the flute and dates back thousands of years to clay and wooden models.
STAFF
BestReviews

How do you accessorize a whistle?

Most whistles are pretty small, so attaching one to a lanyard that’s hung around your neck is a handy way to keep from losing it. A whistle chain is a decorative metal chain that attaches to a band major’s uniform. Designed for boaters and swimmers, a floating lanyard has one or two small, brightly colored floats attached so the whistle is easy to locate in the water.

A whistle tip is a silicone tip designed to fit over the mouthpiece of a pea whistle for greater comfort.

Store your whistle and lanyard in a carrying bag to keep them clean and prevent them from getting tangled up in your other gear.

A referee kit includes everything a soccer ref needs besides a whistle, such as penalty cards and match report slips.

Overblowing is a problem, especially in pea whistles. It occurs if you blow too hard and the pellet jams or the air disruption no longer passes over the air hole correctly. Correct it by shaking the whistle gently and then blowing again with less force.

How much do whistles cost?

Plastic or stainless steel whistles can be purchased for just $4 to $8 and get the job done.

Expect to pay $9 to $17 for thicker metals or alloys and unique whistle styles.

Coaches, referees, and collectors can find high-quality, durable whistles as well as electronic whistles for $18 to $30. 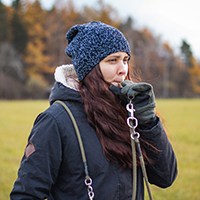 DID YOU KNOW?
Sir Francis Galton developed a slide whistle in the 1800s that measured the upper limit of human hearing. He later created the dog whistle used by trainers today.
STAFF
BestReviews 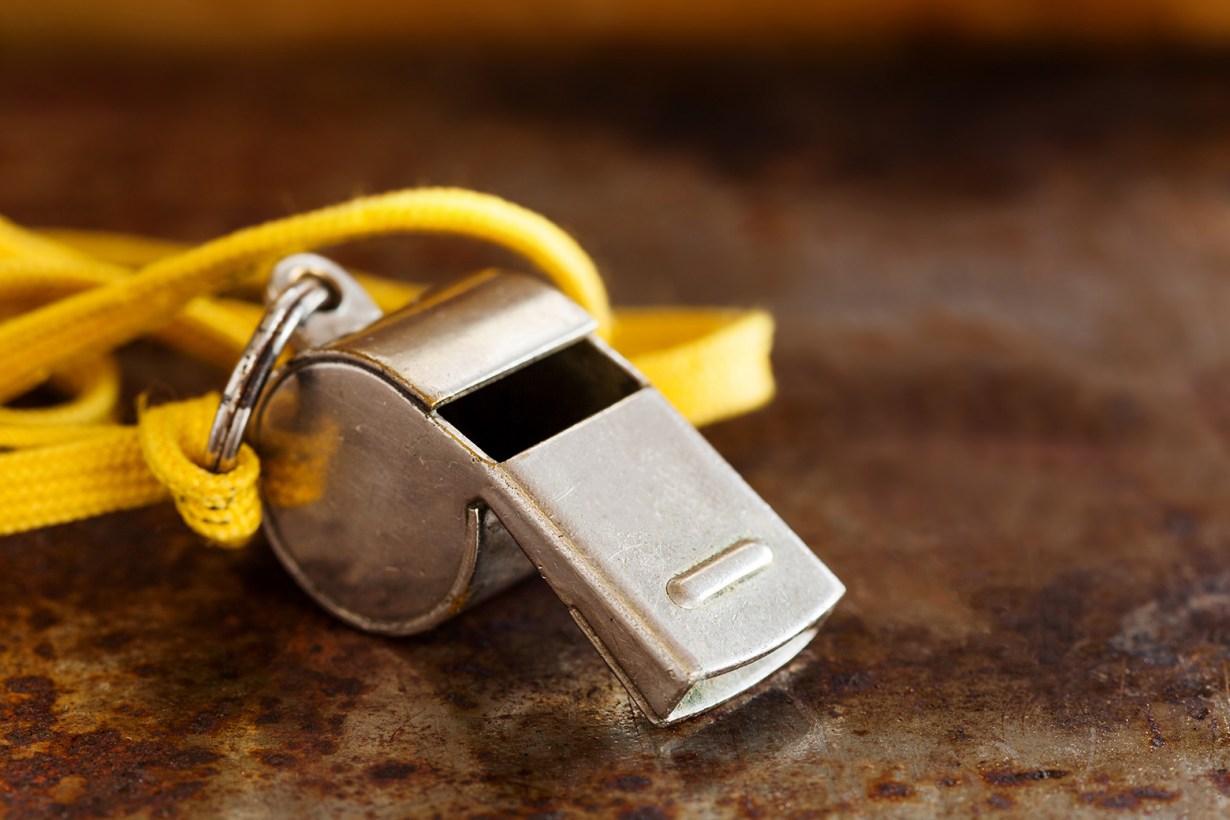 Some whistles can produce sound at 100 to 120 decibels, which is enough to damage a person’s hearing. Avoid blowing a whistle too close to others.

Q. What’s the best type of whistle to take hiking?

A. Look for a whistle that produces high decibels of sound with minimal effort. If you’re in a situation where you need to signal rescuers with a whistle, you may not have much energy to spend forcing more air through a hard-to-use whistle.

Pea whistles aren’t the best choice for emergency whistles, because the pellet can jam or freeze in place (especially in sub-freezing temperatures).

Plastic whistles are an advantage since they won’t freeze to your lips, are lightweight, and many models are designed to float. Just beware of cheap versions, as the plastic may not be as durable — you don’t want an emergency whistle splintering just because you sat on it. An electronic whistle is another option, and you can push a button instead of blowing, but carry an analog backup, too.

Q. How does a dog whistle work?

A. The dog whistle was developed in the 1800s by Sir Francis Galton, who noticed that dogs responded to sound frequencies that humans couldn’t hear. He then walked up to dogs and blew whistles near them to see which frequencies got their attention. Today’s dog whistles use the frequencies that Galta dog to obey many different commands.

Q. What’s the best way to clean a whistle?

A. Whistles collect plenty of spit, and while most dry out without a problem, there’s always the chance of moisture and bacteria remaining inside the chamber or cylinder. Soak a plastic or metal whistle in a mixture of warm water and baking soda for a few minutes, then rinse and allow to air dry. Avoid using hot water, because some whistle materials can warp in higher temperatures. For wooden whistles, avoid soaking in water. Instead, dry the interior by pushing a soft cleaning cloth through the cylinder. Occasionally, you can lightly oil the inside of the cylinder if the wood looks dry, but be careful not to saturate it. 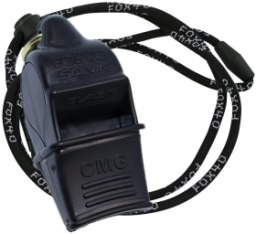 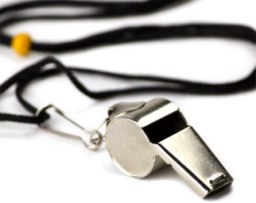 Best Bang for the Buck
Crown Sporting Goods
Stainless Steel Whistle with Lanyard
Bottom Line
A stainless steel sporting whistle that is an ideal choice for most people, says our expert.
Shop Now 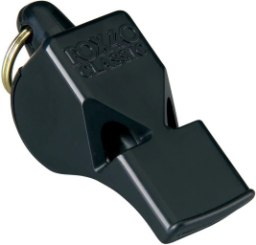 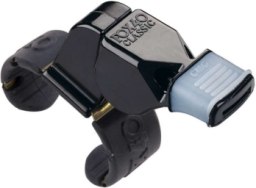 Top Pick
adidas
Coach's Lanyard and Whistle II
Bottom Line
Whistle for coaches that looks great and is easy to carry in a pocket or around your neck.
Shop Now